(e:mike), (e:terry) and I went to La Dolce Vita for lunch. It was amazing and quite reasonably priced. I got the half pannini and soup special for $7. 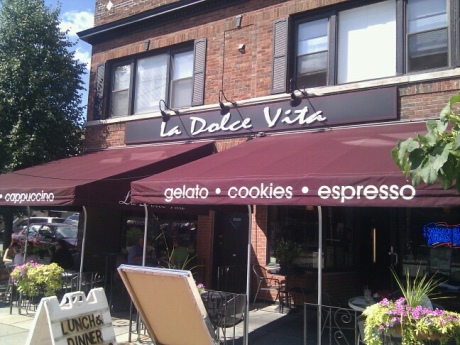 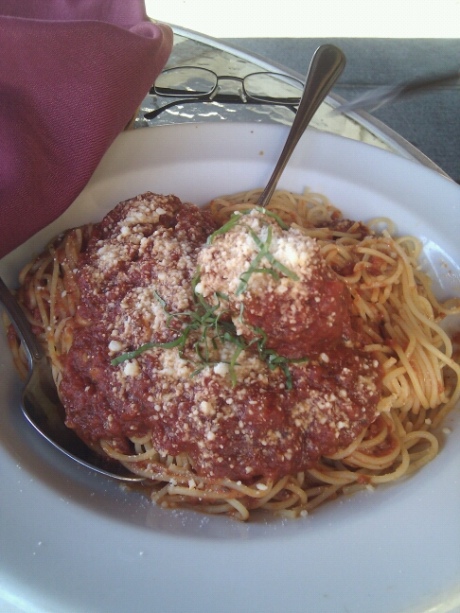 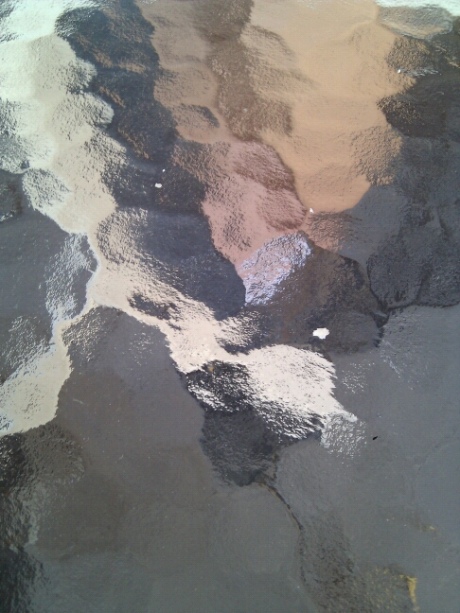 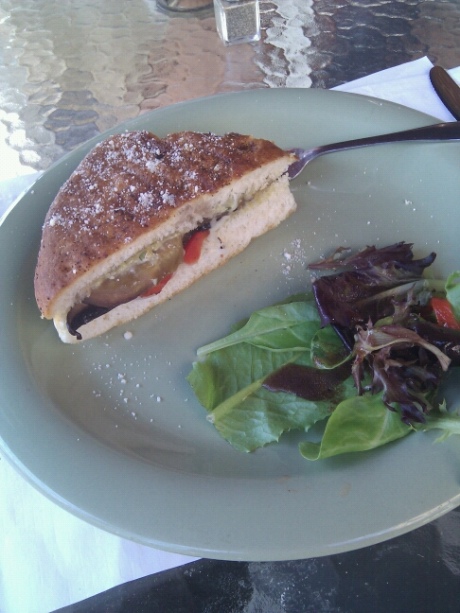 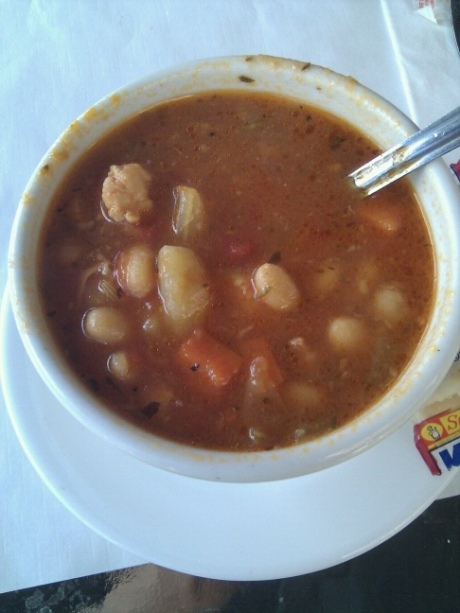 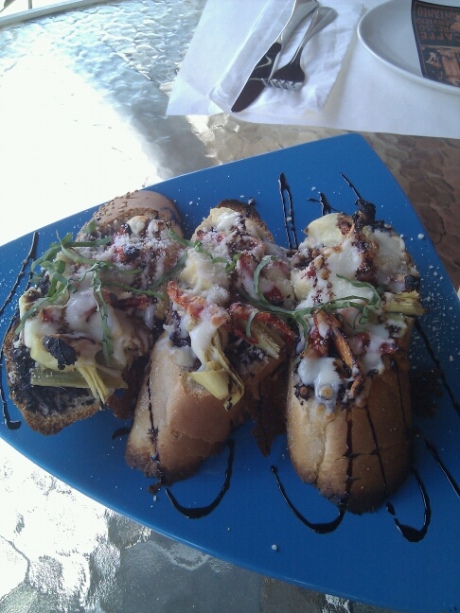 i will be going there when i return, part of my food tour de blo...

those were tasty bruschetta and that is balsamic not chocolate as we also weren't sure when we got it.

What is the last thing? Looks amazing! Is it dessert?

I'd vote for Sam Hoyt

But unfortunately its not my district. We have no choice really because I'm sure Antoine will win again the primary and I refuse to affiliate with the party so I can't vote. It so weird that the primary becomes the actual election. 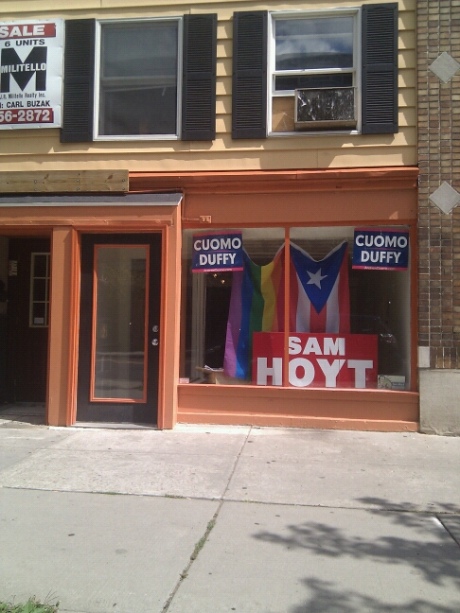 The boundaries are odd. They roughly go down main street but it shifts over and back a bit through Allentown to the 190. Sam also gets Grand Island for some reason. Assemblymember Crystal Peoples is pretty good though so....

Antoine on the other hand... oh my lordy. That man has had a full year of bad press. It is just to bad his opponent is the only other man in WNY as incompetent.

he does represent buffalo, like the elmwood strip area and west side and also grand island maybe? but does not represent the part over by Linwood. Not sure exactly where the boundaries are.

So why is that ad on (E:strip)? I thought Sam Hoyt was a representative of Buffalo - is he not??

I stayed late at work to complete a component for my new system. When I got home there was nothing much to eat so I tried to make something. I am of the opinion anything can be made tasty with with the additional of blueberries. 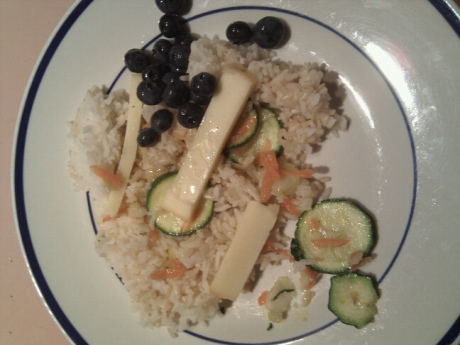 I am working crazy hours and for little pay. So my meals are all midnight meals. Yesterday I threw some broccoli, frozen peas, and two eggs into the microwave until they were obliterated. Tonight I ate a can of cactus because it was on sale for 50c a can. I later discovered it had about 10 calories in the whole can.

Or is it cheese that makes things better....

Why on earth is dell coming out with no phones on old operating systems? Seriously, someone should get fired over this as just about everyone is losing any hopes of Dell's mobile strategy. While android was a Savior for Motorola it seems like not being able to keep up is going to kill Dell.

How is Google even letting this happen. I would refuse to license to companies that can't keep up as they ate going to affect the android reputation as much as their own, for consumers that can't understand the outdatedness of their mobile OS.

The wrong Android isn't any good Its hard to feel sorry for Dell. The Aero runs Android 1.5, while its tablet, the Streak, runs Android 1.6. How Dell expects to be successful with devices that are running outdated software is anyones guess. Currently, there are several devices available that run Android 2.2. The rest are almost all running Android 2.1. By offering a smartphone with Android 1.5 and a tablet with Android 1.6, its becoming clearer by the minute that Dell just doesn't know what its doing.

That is just ridiculous.

When I first saw this guy I thought he was floating in the air. On closer inspection I realized that he was instead a tightrope walked. 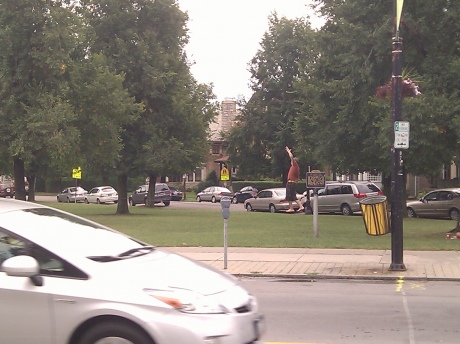 On a creepier note, when trying to pick out the bidwell location on the map...

...firefox on my desktop computer was able to guys my location by 21 feet. 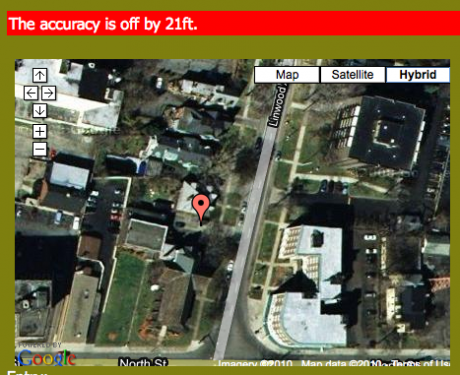 i miss the blo crazies, why is this man tightrope walking in the park? practicing for circus or his own sideshow act????

Trapped in a box

I feel so bad for the miners trapped in that mine. How is it that it will take untill christmas to dig them out. It seems like humans should be able to dig them out faster. Maybe BP should donate some of it's massive drilling equipment to them.

This map makes it even more confusing. If the light grey areas are the mined part, then how do the paths work. 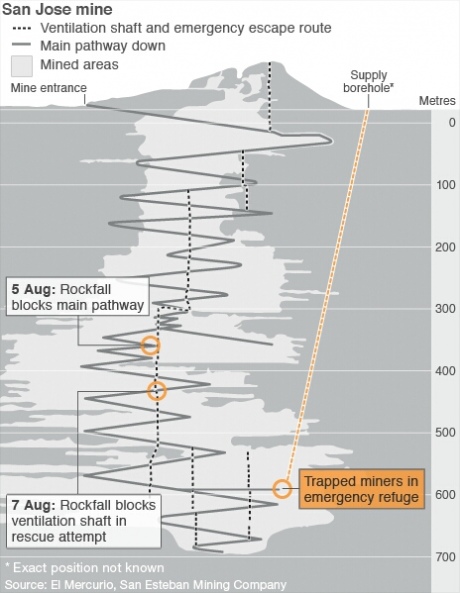 I got the certificate and pin today. It is stamped proudly made in the USA. 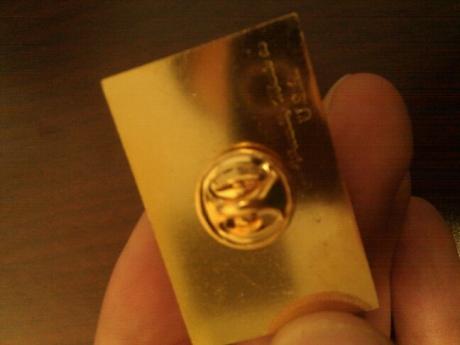 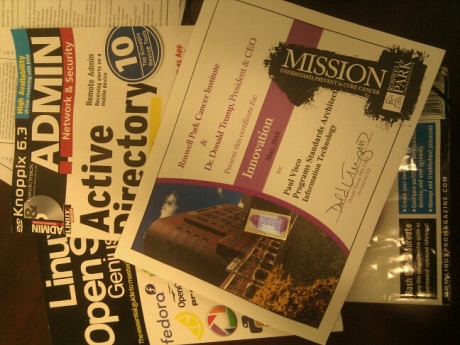 This fraggle must have had a rough St. Patrick's day last March. I found her in a closet this morning and she still looks hung over. 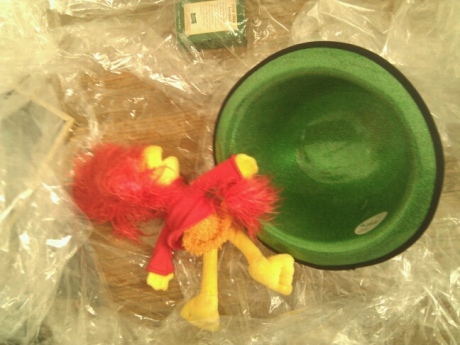 haha that is awesome

I think that is what (e:tinypliny) would look like if she would just for once get drunk!

Hey straight guys, thanks for the show

Seriously, straight dudes. I can't believe sagging pants are all the rage again. It seems like the gayest thing in the world but I see guys I would otherwise think are not gay doing it.

I am not complaining, I just don't understand who the intended audience of your ass is. I assume you aren't thinking me, but at the same time your butt is hanging out right in front of my face. Do girls get turned on by this? To me it seems like the gay equivalent of a girl with her boobs flopping out of her blouse. But if you are a guy into girls, what do you think they are getting out of that. Do anyone women like this?

I imagine it has to be uncomfortable to wear, especially when the pants hang so low that you have trouble peddling your low rider bike because the crotch part of the pants is binding your knees together.

The other thing I don't get is how your ass is not sweaty. Maybe I am just a hairy italian guy but seriously, there you are riding your bike in pretty much nothing but boxers on a really hot day. Doesn't your butt get sweaty and that would be embarrassing. Maybe all the air prevents it, lol.

This picture comes from the wikipedia article

It makes the whole phenomena seems like a black thing stemming from prison culture where belts are forbidden. 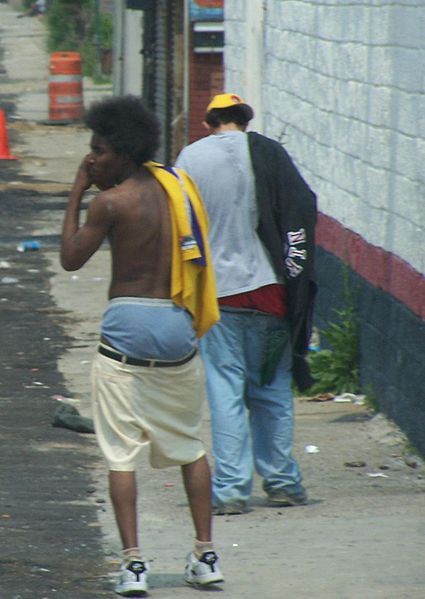 I would argue like just about everyone other trend, it seems like white guys have joined the bandwagon full force, at least in buffalo yet I could not find nearly as many pics of it online. Maybe it really is a buffalo only white thing. I am going to try and get some to prove it.

Apparently, someone in NYC someone has started a campaign to stop people from "sagging" on the bus. 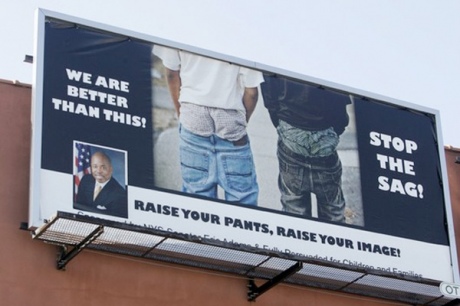 Ok that 1st picture is just silly the pants are like past his junk in the front.. There is a little sag and if it sags right you can't tell cause the shirt covers it. There are some who have no belt and sag. Then there are those that have the belt and don't have it tight enough on purpose or by accident. Tiny sag is ok and comfy assuming you don't have to keep adjusting. Culturaly I think it comes from when people where poor they wore big jeans so that they would last longer on given them from an older brother, or that is what I heard one person say. But it is like any style pinning your jeans , or tight to show of the junk. I kinda miss the tight jeans untill you get wood and can't walk cause it blocks your leg.......

My second 12-14 hour work day in a row. Trying to get some stuff done quick but not as fast as my running time. Tonight I made it home in 2:47 seconds moving time. I ran so fast I almost felt like I was going to suffocate at the end.

For fun I added these two pics of twin cars. Randomly, they were both by the house at the same time. 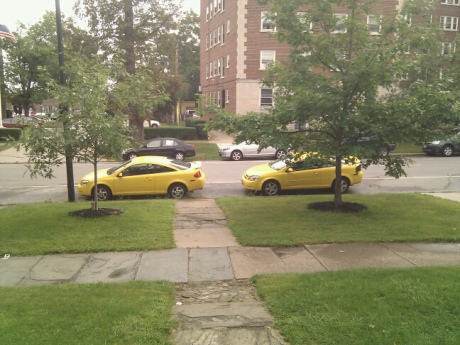 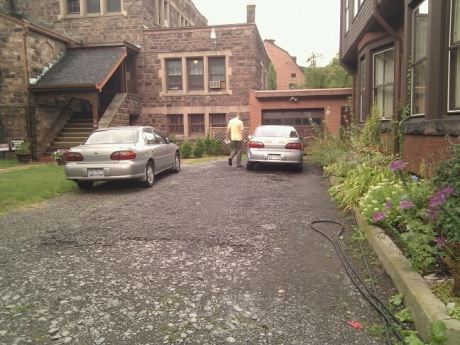