We went late yesterday evening to the ice maze. I think it was a good
time to go because although there were still a lot if people out, we
didn't have to wait in lime. I thought it was pretty awesome but a bit
slushy. Afterwards we listened to some music but sadly the tubing was
closed at that point. 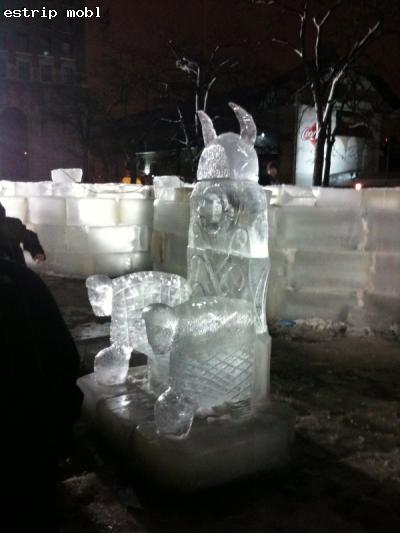 Love the throne all one would need is some huge manly cup with some huge Manly beverage and all would be right with the world. Plus it would make a really cool picture also.......

it's crazy i can't imagine the cold and snow and ice. i think i need to get into cold mode because i'm coming so soon. also, i need to lose 5 in the chest area so my coat can fit.

I bet Terry made a Warcraft joke...

. It tasted like a grapefruit but without the bitter. It acrually tasted very pleasant. I keep hoping there is some other citrus flavor that is as unique to the other citrus fruits as orange or lemon is to lime. I guess the subtle nuances between tangerine and orange, mandarin and the other orange-a-likes are interesting but my absolute favorite right now is meyer lemon

The problem was that it is almost the size of a volleyball and the
skin is so thick. The ugli fruit from my earlier journal was much
easier to peel and eat. I managed to peel it abou 10 minutes. Each
section was in a leathery fiber pouch. I don't think I would ever get
one again. 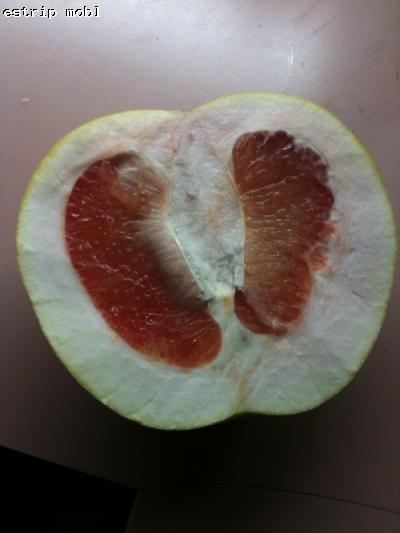 So clean you could eat off it

One good thing about buffalo. Everytime I go down in the buffalo
subway I am amazed at how clean the tracks are compared to everywhere
else I have ever visited. 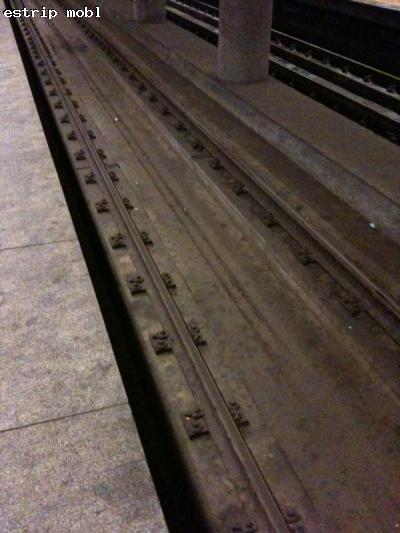 Will you really eat off it.

The brown rat spread to Alberta. Apparently, the cold weather and snow didn't bother it. But the Province of Alberta did. In approximately 10 years, the brown raticide was complete in the early 1960s.

I don't think any rats would survive such weather...

I was working with CSS for HTML lists today and decided to look over the specs for list-style-type options. I was fully aware of image, disc, squae, circle, alpha, latin, and greek but what surprised me was the inclusion of georgian and armenian numbering options

. How did they make it into the basic CSS spec for list types? It seems like such a small isolated part of the world.

Georgian numerals don't even have a wikipedia page.

Can you believe this? I hope the facebook people die. If the U.S. goes further in this direction than I am leaving.


"dynamically providing a news feed about a user of a social network." In the most basic terms, this means Facebook has patented technology that delivers the stuff filling up your newsfeed like shared

Think how ridiculous this is. Its one thing when you do something unique but "dynamically providing a news feed about a user of a social network." is something that was going on way before facebook.

"dynamically providing a news feed about a user of a social network."

As in helping random people, jealous ex'es and other demented loonies spy on your every move and perverts stalk you effortlessly? Thank you. I pass.

sure is ugly and the taste is not unique enough to warrant looking at it. It basically tastes like a tangerine. 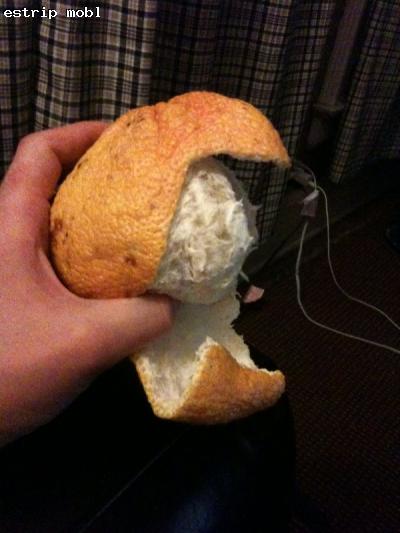 Does everyone see the irony in this. (E:enknot) put this in the microwave at work to remind people to be clean with it and now the sign is dirty too. 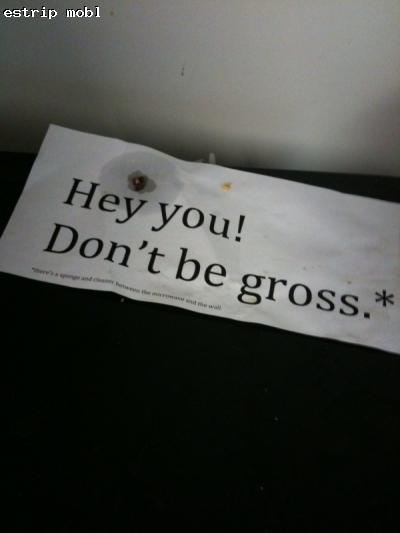 Maybe I will take a picture of our department's microwave. I refuse to use it. I asked for a new one but that is not happening.

What does the fine print say?

I am ready for st patrick's day 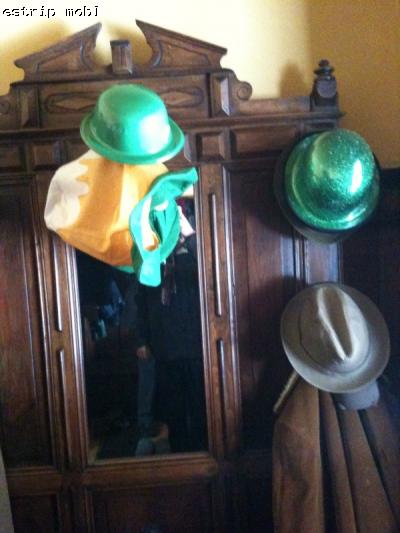 awesome I need to get my stuff

The swordfish was delicious

Even the mercury was good 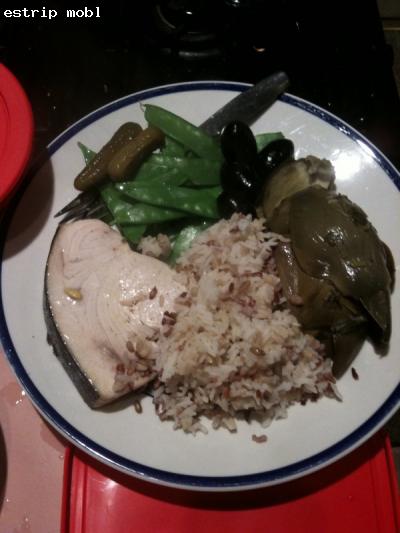 In light of the recent school video recording laptop drama

I decided to investigate the system my work uses to manage my laptop.

My camera is taped over and this story explains why. The pack of the cigarettes in the background are candy ones for anyone who is curious and yes I am addicted. 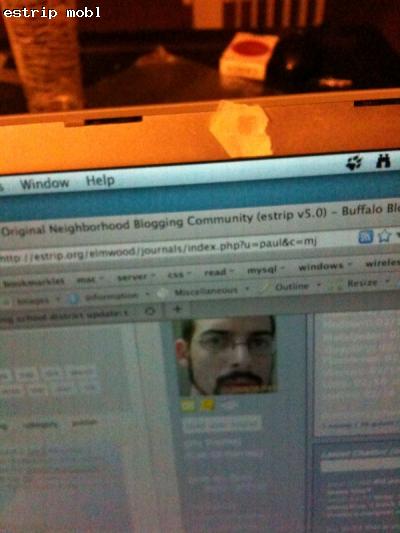 The system seems pretty solid and allows easy management of macs in an enterprise environment. It basically allows a third party at work to control and monitor the client computer and its usage at all times, install software and to run scripts as root from afar. I frankly haven't trusted or loved my computer the same since it was installed but I realize I have no choice about this as I do not own the machine. The real point of this article is about the image capture part capability which is downright sketchy.

Disclaimer: I am in no way suggesting this is being used inappropriately at my work nor am I suggesting that there was any tampering with the Jamf binary or that there is any malicious intent from anyone. I just thought this might be of interest to anyone else who has their laptop managed with JAMF.

I decided to go ahead and explore the JAMF binary on my computer with a hex editor to see if it had an mention of images.

I found a reference to sendImageCapture. It was also interesting to see they must also be using svn for development. When executed with /usr/sbin/jamf sendImageCapture it attempts to take a picture with the laptop webcam and send an image to the JSS (a server) which manages my computer. It does it pretty sneakily putting the file into /private/snapshot.jpg for a millisecond and then quickly removing it with no notice to the user.

I put a sniffer on the folder to trap the file upon creation and copy it somewhere else so I could examine it. It is indeed a snapshot from my webcam although the feature is either intentionally underexposed as some sort of encryption or slightly flawed in that the images are quite dark. Nevertheless, that can certainly be fixed with some simple image editing I was able to see the room around me in photoshop and possibly they are auto fixed when arriving at the JSS.

which seems to mentioned you could not deploy the sendImageCapture.sh and that script is in fact not deployed by our JSS means they probably thought about this and decided not to. The problem is that that script is only one line which executes:

meaning it is essentially just an alias for something that is already deployed on every computer controlled by JAMF and it can be both locally and remotely executed by the casper user or any other admin user on the machine. Once again: I am in no way suggesting it is being used.

The strange part is that unlike all of the other Jamf functionality it reports nothing in either the system or jamf.log when fired but reports: Uploading /private/tmp/snapshot.jpg to the JSS_URL ... to stdout. Additionally, this feature is not listed when you use /usr/sbin/jamf help which lists all the other jamf commands.

I could not find anything referencing the microphone or sound but I am not assured that does not exist. I assume they would not have this as it would be totally illegal to record randomly without consent.

Holy shit! You could get posted to one of those "hidden camera" sites. But, seriously great sleuthing. I think metalpeter has a good point. Oh, and last link doesn't work.

Ok this is my question. What if the web cam was in use in a chat on line or maybe taking pictures by the user when it was used remotely. Would it not work or would there be something to tip of the user?