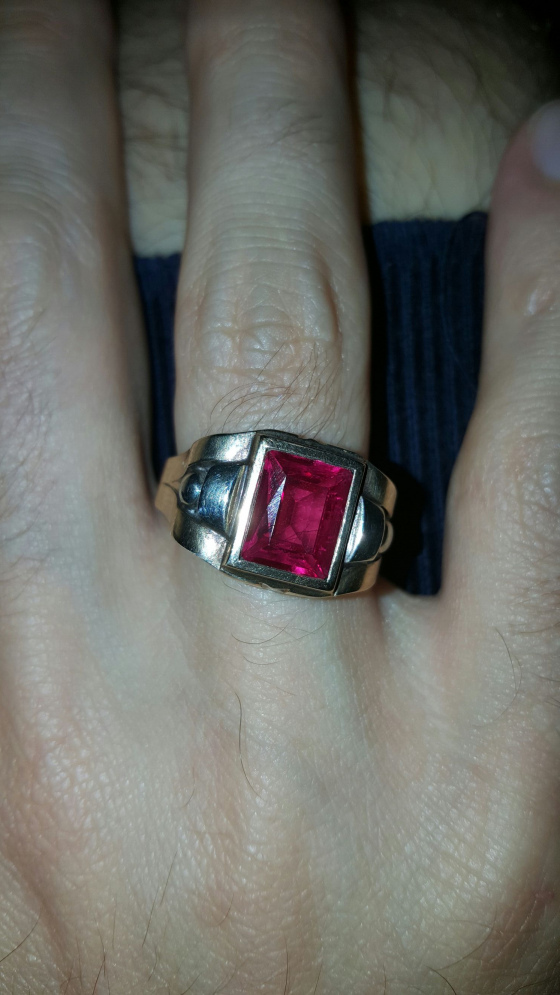 The food was so good. We had fried cauliflower which was my favorite. 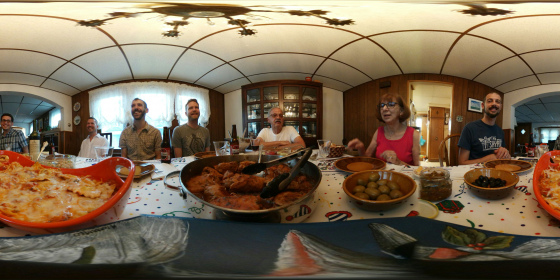 For (e:Terry)'s birthday we got him a super Warcraft machine. (e:joe) is building it right now. I wonder once the expansion is out tomorrow if we will ever see (e:Terry) again. 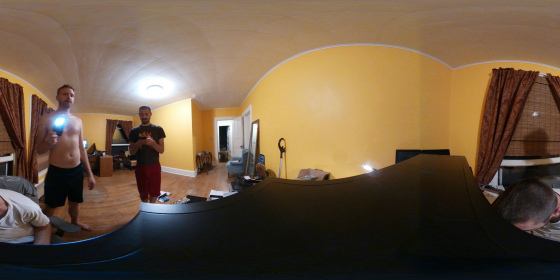 It's an amazing setup that's kind of hard to appreciate not being there but this 360 image does it some justice. Sitting at my desk there are two hi res monitors on either side of me and a 55 in led panel TV running 4k at 60hz on a high top solid oak conference table about 8 feet away.

The conference table also has a video conferencing unit setup for WebEx and has a secondary mouse/keyboard on it which can be used to control the desktop displayed on the TV and used as a standing desk as it's about 5 ft high.

The table has 6 chairs that I use for people when we are meeting.

From my chair if I drag a window from the monitor in the left toward the right monitor it goes all the way across the TV, which is amazing for demoing stuff. The TV is also great for coding both from my desk as the display sits directly in front of my field of vision.

Now I just need some sort of starscape back drop for behind my desk for when we video conference lol. 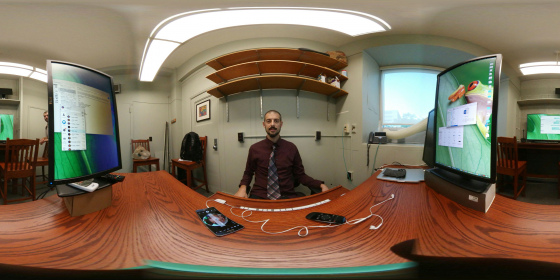 Ethiopian At Fast And Tasty On Allen

Despite the really plain look of the place the food is so delicious, I eat here so much I might be made of Chicken Galaba at this point. The Foul is really good as an appeteizer too. 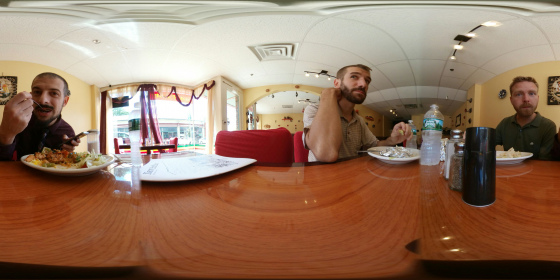 A couple weekends ago we headed out to Soar Valley to hike and climb. The water was much higher than I expected it to be. When we got down to the bottom of Point Peter the water was high enough that we could not go around and had go climb back up which was surprising considering the drought conditions. 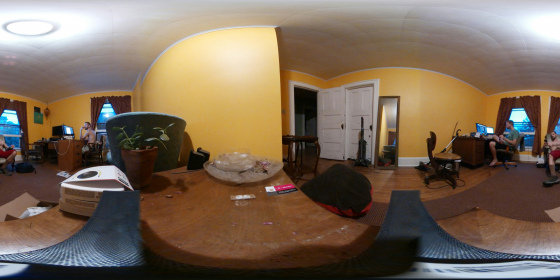 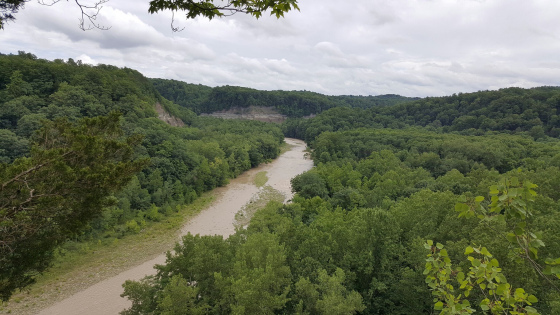 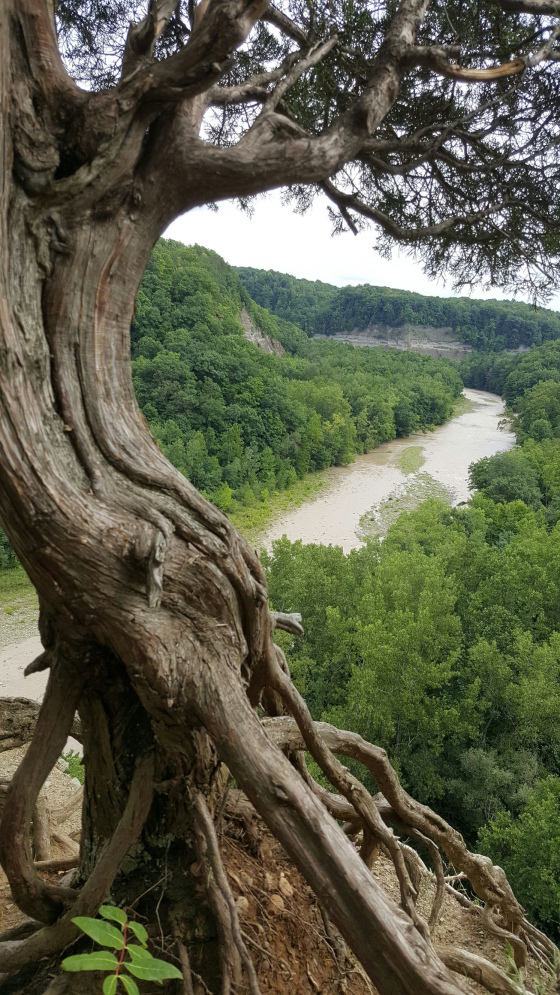 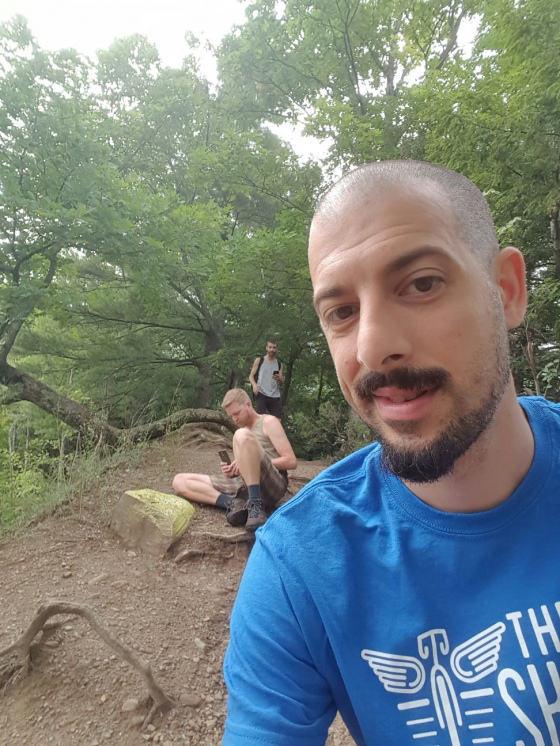 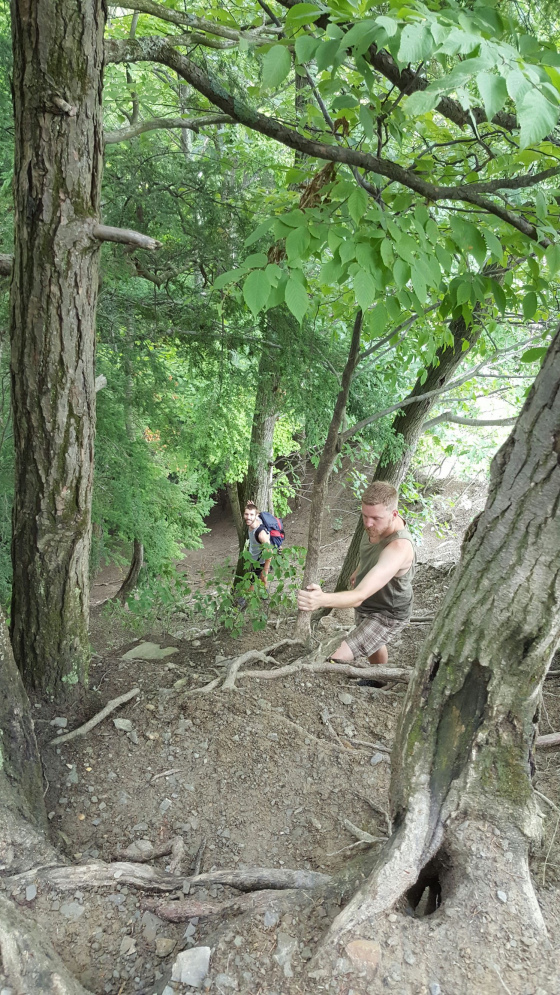 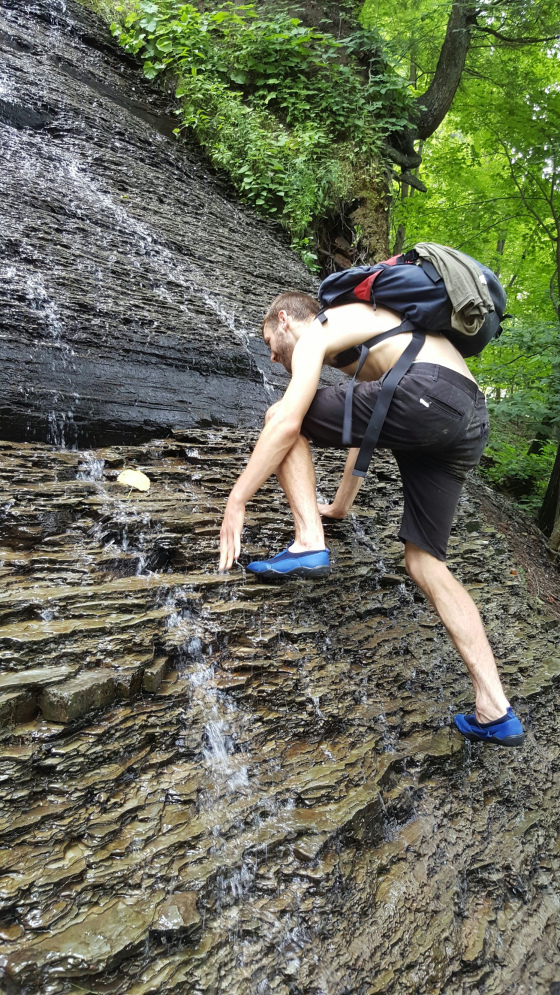 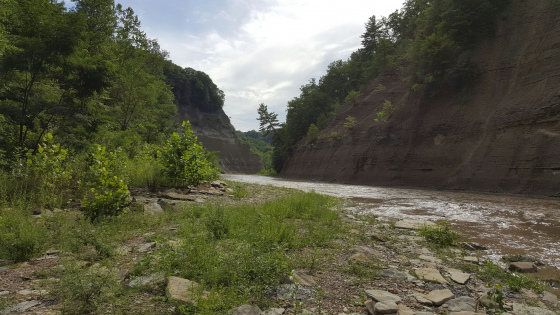 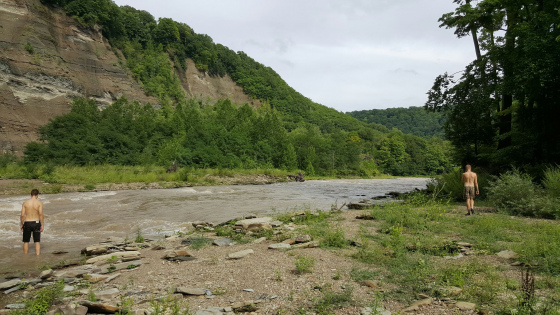 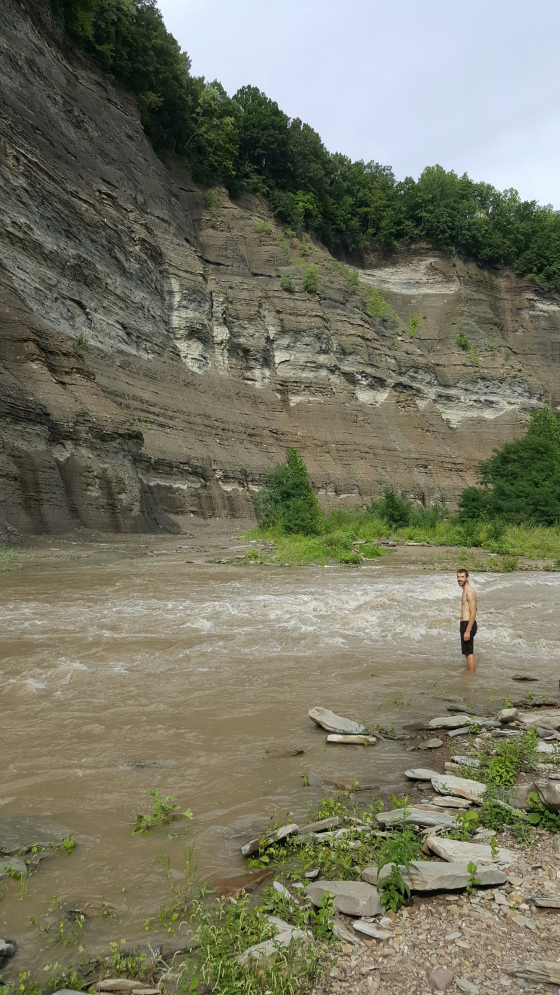 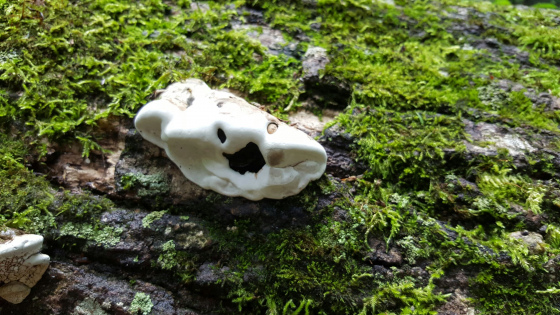 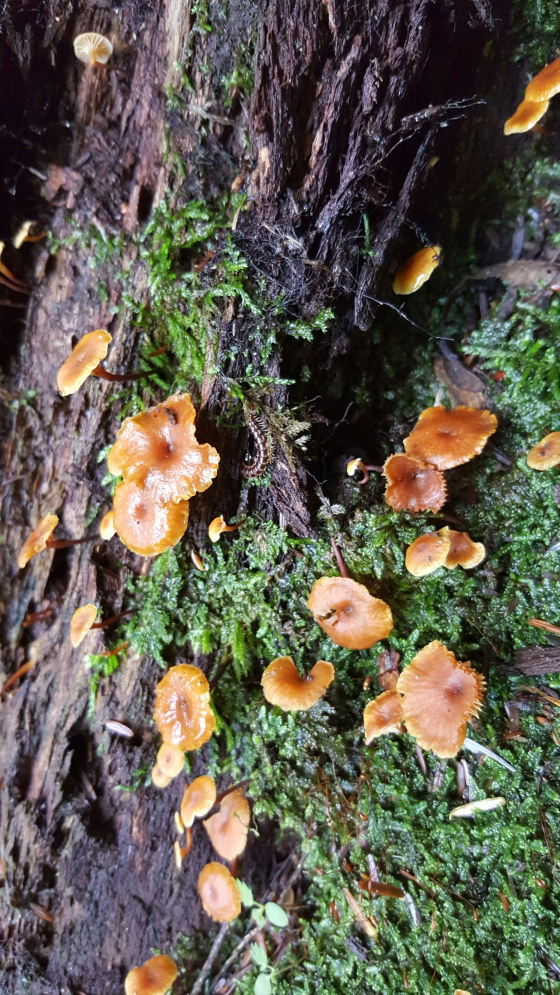 Home in The Summer

I wish it looked so green all year. I think this coming year we might actually get the dormers done so it should look more finished. The neighbors two doors down jusf put their house on sale for 500k so I have a feeling whoever buys it will fix up there house and I don't want to be the most broken house in the block. 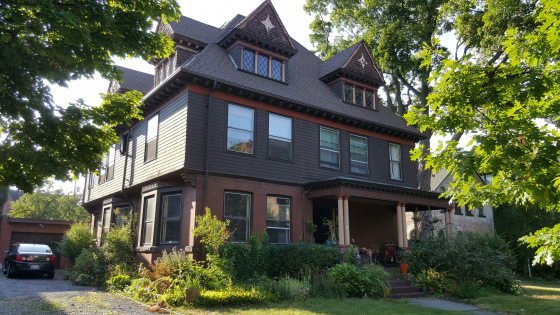 The gear 360 came today. I was annoyed that it couldn't take pictures without an SD card. It seems like the phone should be able to capture at least what's displayed on the screen. Luckily, I had a 64gb pro micro SD from my old note 4.

I'm excited to get some videos around the dining room table at my parents house next week. 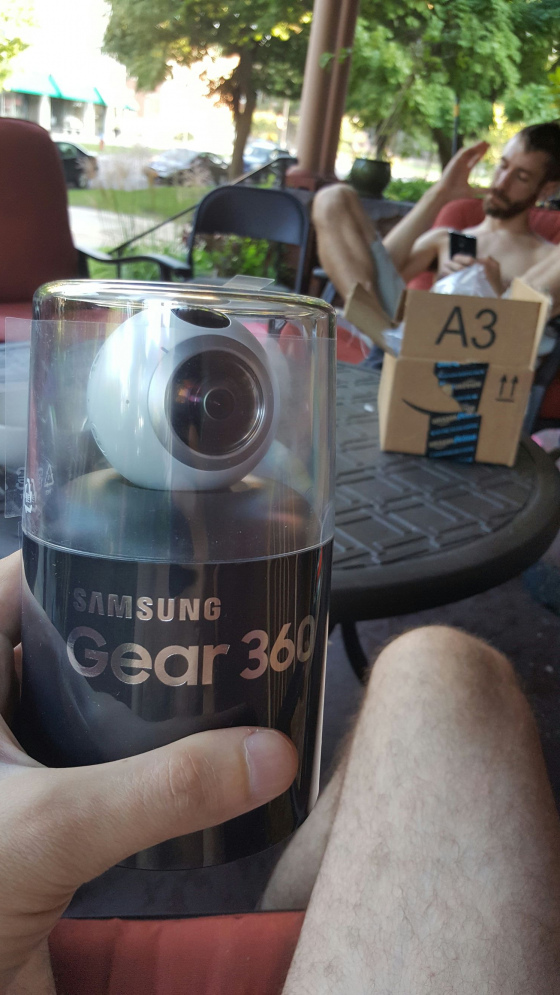 You can click it to see the full 3d 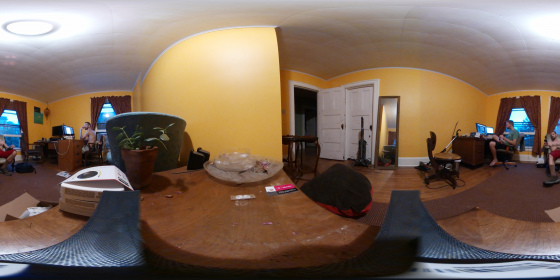 Last weekend we went to a gay techno camp out in very rural West Virginia. It was interesting to see people from big city gay culture as there were attendees there from Toronto, Pittsburg. Chicago, San Francisco, Berlin, New York Altanta etc. I felt like a country mouse. That had terms I really didn't know and a lot of outfit changes. I think some people changed more times in one day than I do in a week. The best outfit was neon trimmed tightly whities or a guy who was actually dressed as a merman with a unileg.

The nature itself was pretty awesome. It was very secluded in the mountains and had a a combination of all the amenities plus 10 miles of scenic hiking trails.

The place and event was male only, which as you can imagine would lead to a lot of craziness. There was some controversy concern the exclusivity but I find it so interesting to see how a huge number of gay guys behave with no females around to keep them in check. It's pretty much exactly what you would expect.

They had non stop DJs. All day by the pool, all evening at the Saloon and then from 12 am to around 6am out at a giant dance setup in the forest.

At one point I was watching a naked drag queen in eight inch heels and an full back size upside cross tattoo dancing in the sun by the pool smoking and I thought this is exactly what all the Christian conservatives thing gay life is like.

I will go back next year and bring more people. 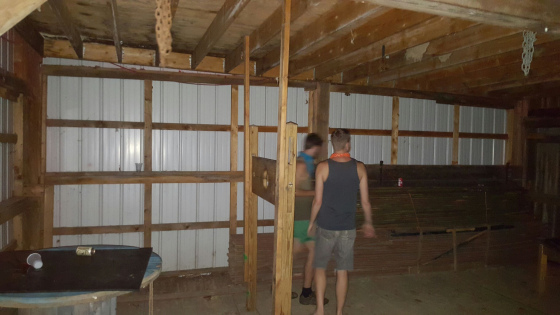 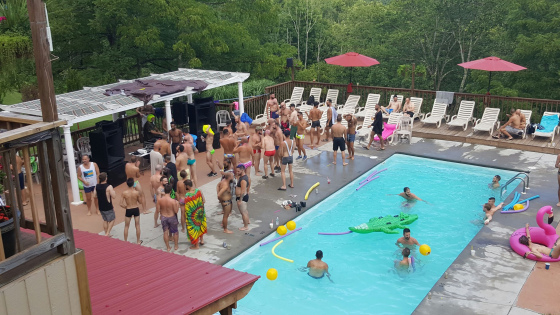 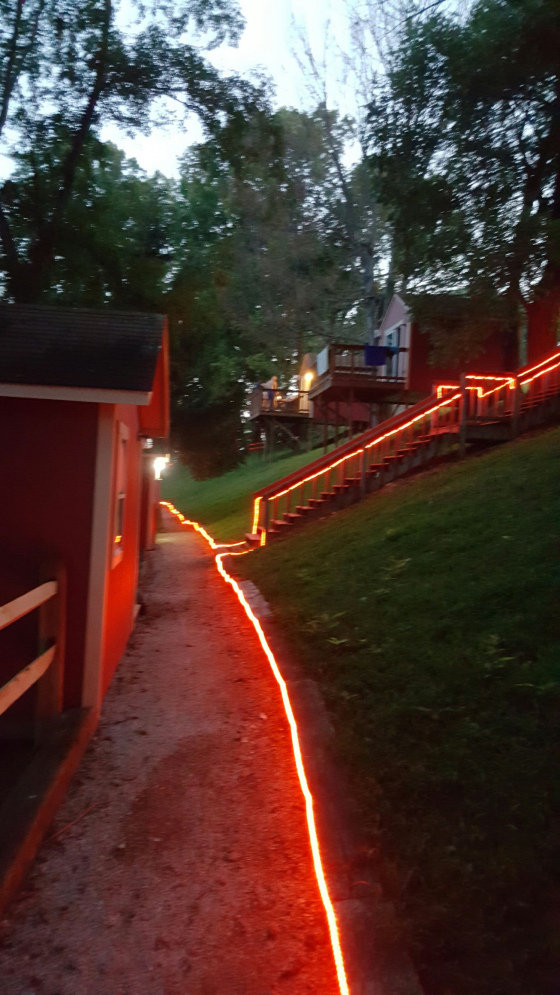 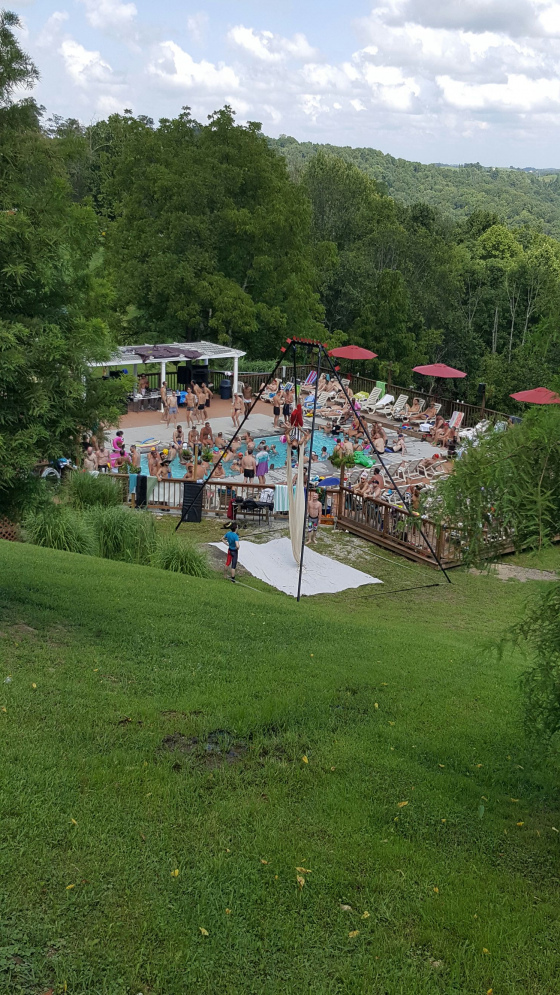 Got A Hair Then Cut That

I got a haircut, than a hour later I cut off the hair cut. Bad investment but it's was like 90s still and I couldn't take it anymore after riding my bike home. 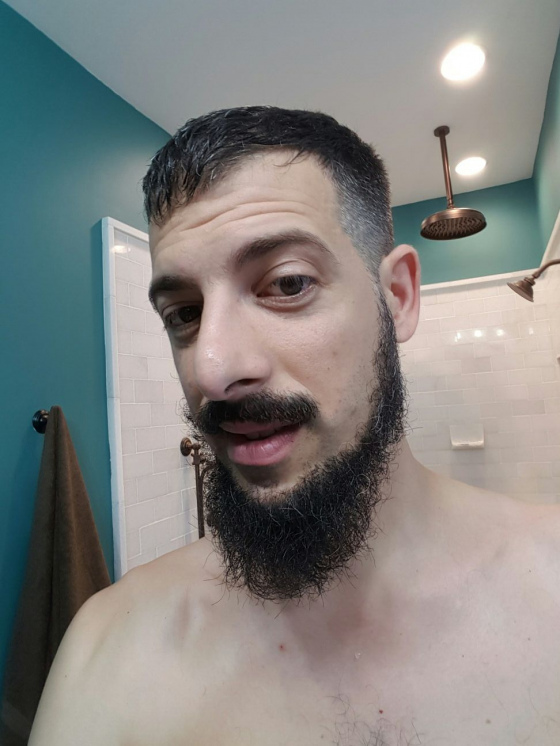 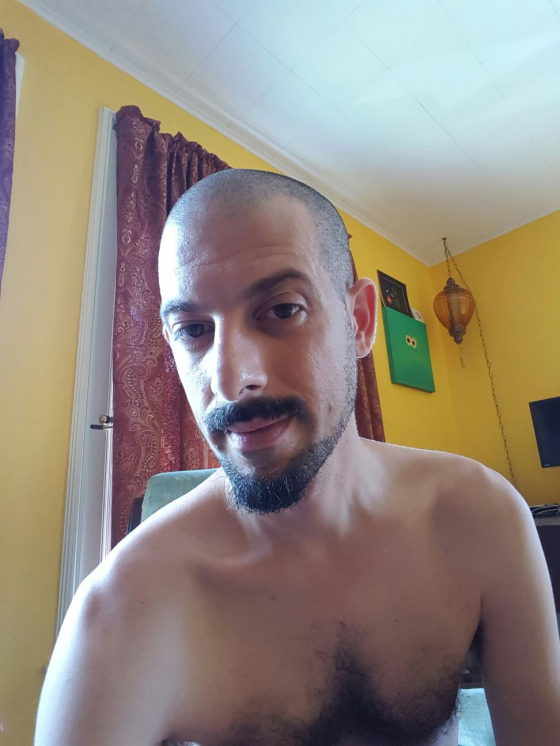