I finally got sick. This is the first time I got sick this year, so on one hand it's awesome. On the other hand it sucks because I am sick. It was fine this morning and it just kept getting worse. Hopefully, it's not pig fever...

We went to betty's for brunch and they had chocolate mint oolong tea
that was so delicious. Especially, when paired with sugar in the raw. 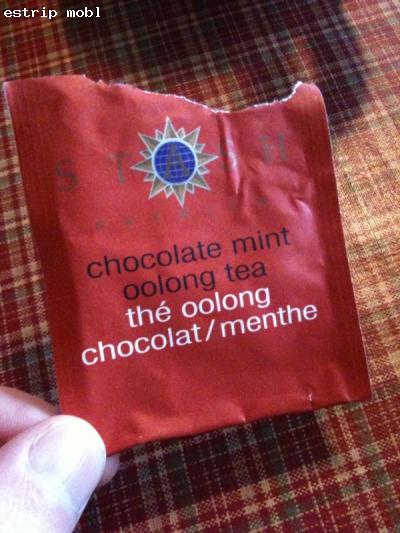 Now that is interesing... I need to check out this brand of tea (though I don't like mint; everything sweet with mint in tastes like toothpaste to me).

Dead in a cave

I was reading the news earlier about this guy who died in a cave after being stuck for 24 hours on thanksgiving. I feel bad for his family, etc but I can't help but wonder what the heck he was doing as a 6' 190 lb man in a 10" by 18" chute with a turn. The cave has multiple areas where you can inch along by squeezing your body through tubes that do not really fit humans very well. One of them is over 100'feet long.

This is the official website of the cave called nutty putty.

Here is the PDF map of the "trail"

The story is so sad. I can't imagine being trapped for so long, being pulled up 12 feet and then falling back into the rut.

Instead of getting him out they are talking about just sealing the cave off with the body inside.

"Nutty Putty Cave What type of people like to squeeze through tight passages underground?"

that is so horrible. i can't even imagine.

They are so pretty. Why do they have to be so difficult to eat? I
almost put it in the cranberry sauce. 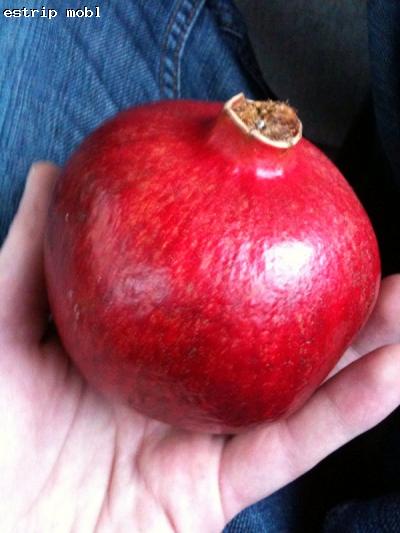 Apparently, cranberry + apple cider + ginger + cinnamon stick + orange zest + sugar = cherry pie filling flavor.Last night we went to soundlab for the knowmatic tribe show. It was difficult to dance because it was crowded and my musical taste has evolved. I am pretty sure I never want to hear a daft punk remix again. I also spent like two hours trying to get my printer, to print the damn tickets. Turns out they just needed my name.

One awesome thing was the Video playing in the background about an octopus with a squash friend. Turned out to be a japanese show called kure kure takora

(e:Mike) and I remarked that would be a tasty combo and when searching octopus with squash friend I Found this recipe that ties this whole Journal together. Crispy octopus with Squash and pomegranite seeds 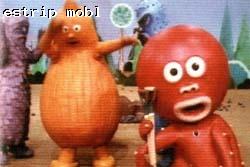 After that (e:Mike) was no longer satisfied with the wine/Beer only bar so we headed back to Allentown and met up with Malibu and Johnny. For once I had a lot of fun at Cathode. Then we hit the ETS drivethru and I got a yummy beef taco and laughed till my face hurt. The nights I go out with my brother are always the most fun.

UPDATE: I decided to just post the whole recipe here in case it goes away:

For the octopus: In container, place octopus, cover and freeze until solid. Using an electric slicer or microplane, slice into translucent discs. Reserve in freezer.

For the butternut squash: In skillet heat oil then melt butter. Add squash and saute until just tender. Remove from heat season with salt and pepper and cool to room temperature.

For the bechamel: In saucepan, combine flour and butter and whisk constantly until butter has melted. Do not brown. Stir in milk, whisking constantly until mixture is thick enough to coat back of a wooden spoon. Strain through a fine-mesh sieve. Season with salt.

To serve: In pot bring salted water to boil. Add pasta and cook until al dente. Drain and season with salt and pepper. In bowltoss together frozen octopus discs, one table-

Oh man. I missed seeing Malibu this year. He is the most splendidly gorgeous person I have met! Tell him I said hi - but he probably doesn't remember me. :)

Falafel Bar on Allen is disgusting

Last month I went there for lunch and had really, really bad tasting
chicken. i didn't write about it because I thought it might just be a
fluke. Not the spices in it, it was the chicken itself. Then today,
after a long boycott (e:enknot) convinced me to go back as Panaro's was
closed because we were so late.

I wasn't paying total attention to the chicken schwarma I was eating
when I realized it was chewier than cooked chicken should be. I wiped
it off and it was tottally, 100%, no excuses, fucking pink and raw.

I am so nervous that I will get sick tonight. One thing I know for
sure is that I will never, ever again eat there and will gladly tell
everyone I know about my experience. The first time was crazy enough,
but today was ridiculous. 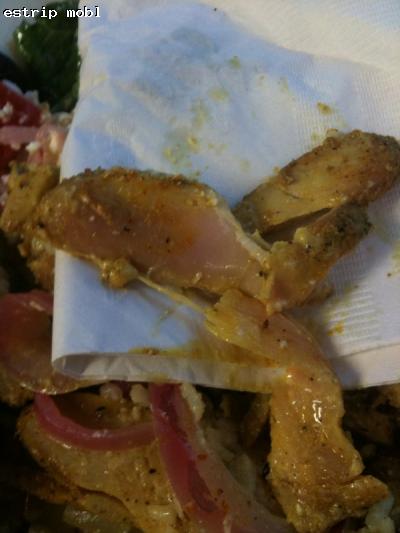 I was never served raw chicken there but I agree that place sucks.

alright your posts are always so sick, but i enjoy it. i love raw foods, but chicken should never ever be raw. never.

That happend to me at gabriel's gate once. I got a sanwich that reeked of and tasted like chlorine. It was like they had wiped the counter off in bleach and then cleaned it up with the bun.

Maybe I should have written about my boycott of that place - but it slipped my mind. I have falafel sandwich there three times. The first time was when they opened - that was pretty good.

But the second and third time the falafel smelled STRONGLY of chlorine and was raw at the core. I know falafels are slightly tough to get right because the outside cooks faster than the core and you need to fry them at low temp but it seemed to me they were too impatient to do that - the results were atrociously bad. That restaurant has been on my boycott list for a good 4-5 months now.

I hope you sent it back or said this is a health hazard and refused to pay for it. If the onwer finds out about this, both (e:leetee) and I think that heads would roll.
He takes his restaurants food very seriously. He pushes his staff very hard when he is around. And we think some of them slack when he isn't around.

In the long run, you would be doing him a favor by contacting him about the problem.

That is so f'ing gross! I seriously can't believe they gave you a piece of raw chicken. I hope the owner sees this.

I am so excited for tonight

Hope it fun and not too damn crowded. I kind of hate soundlab when
it's packed. I wonder why they would pick such a small venue. 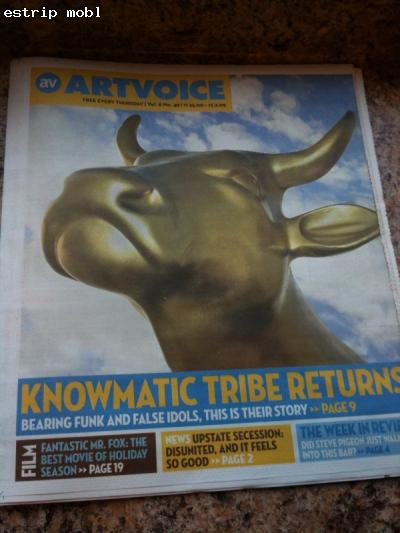 Yes (e:tinypliny) tonight is said to be the biggest drinking night of the year. Again remember that St. Pat's is drinking during the day, New Years Eve is big to but that is all about the countdown. Hope eveyone has a great time my lame ass will be inside at home.

me and my 6,000 friends all just got tickets so hopefully that doesn't crowd it up too much?

we are not going to be able to move for sure, when i saw that it was on the cover of AV, i cringed.

Fat chance. Isn't today biggest party night or something of the sort?

That we did not buy that moldy hellhole although i still think owning
a radio tower would be awesome. 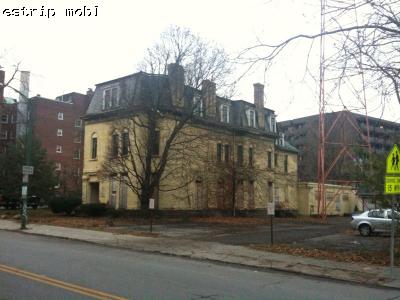 Well Yeah You could Have like (e:strip) Radio or something? 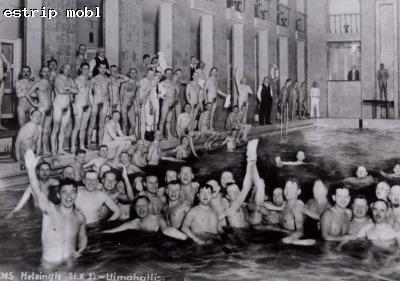 The Corner of allen and delaware can Be so sketchy. I spend a Lot of
Time waiting there After the gym.Von meinem iPhone gesendet 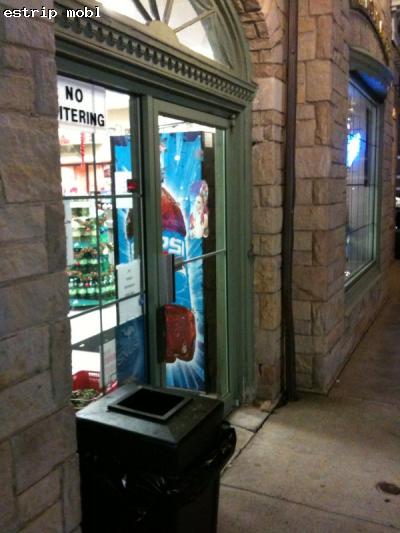 i think its sketchy when you speak in foreign languages. plus you look kinda like a terrorist.

On the way home from the gym Terry stops there to bit beer. I am usually carrying a lot of stuff so I wait outside. That's when the crazies always manage to find me.

Why do you wait there anyway? To cross the road? You could easily cross at North & Delaware and avoid that corner altogether.

No its the random people I meet waiting Outside.

Either I am completely missing something or maybe I am all sketched out - but what exactly is sketchy about that picture - the "No Loitering" sign. Don't they have it almost everywhere now?!

Who uses these and how hard are your feet that you need three of
them? It seems to be an indication that your shoes are fucked up. Or
maybe it's the new home parmasean replacement? 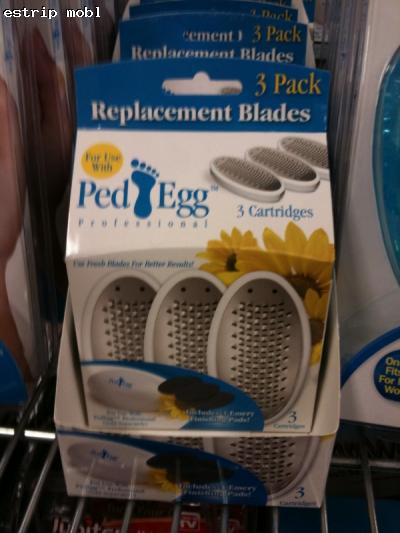 I think they are for massage - not grating. Or are they?

I heard from a Hippie woman I flew with that if you are craving chicken stock and you don't have any at hand, you can potentially grate the keratin layer from your body and make some with half hour of boiling with spices.

I am not trying that anytime soon - its at par with the broccoli placenta stir fry.

ugh, this really grosses me out.