The worst and probably most stressful 2 hours of my life. I seriously could not get to 10. In the end (e:joe) had to hold my finger and do it for me. It is now uninstalled. I hope the developer dies.

We were all so helplessly addicted. 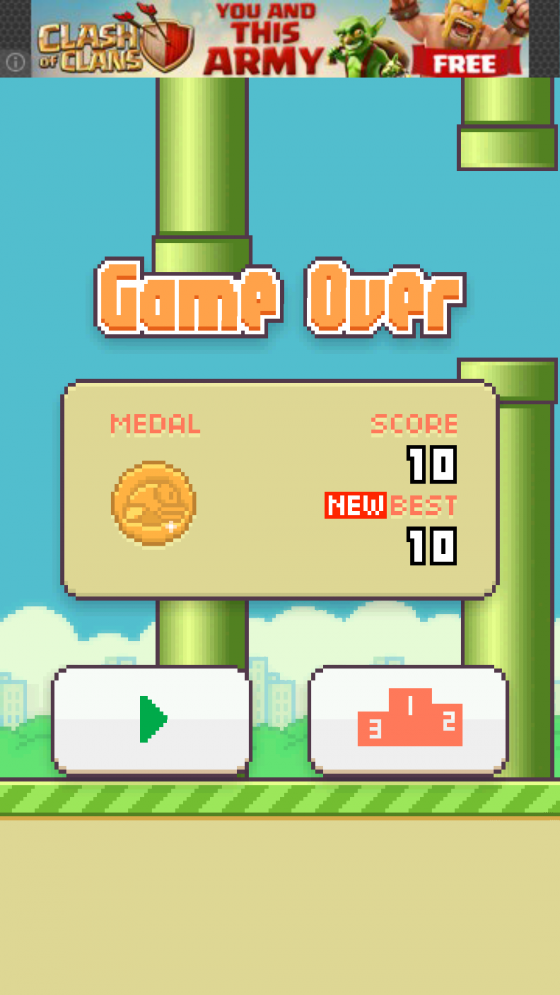 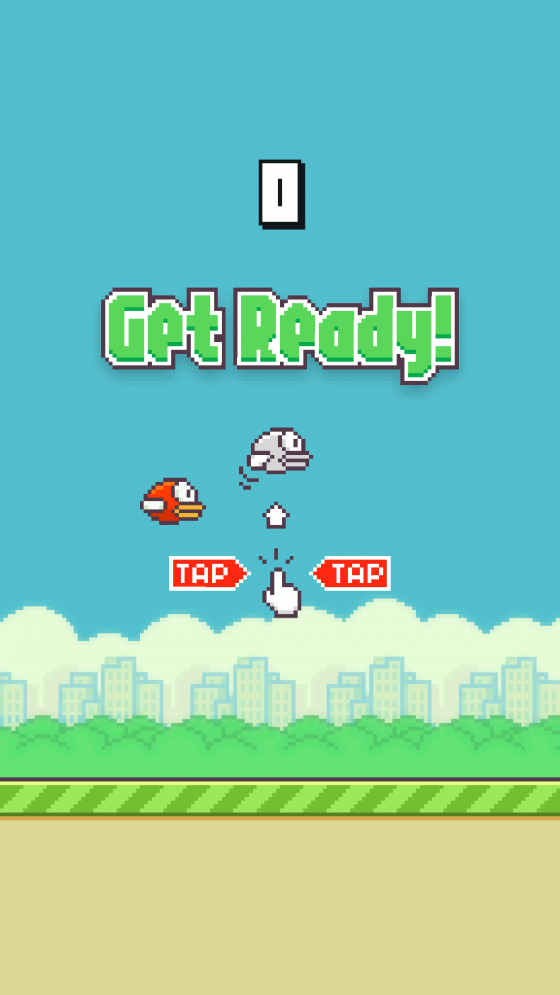 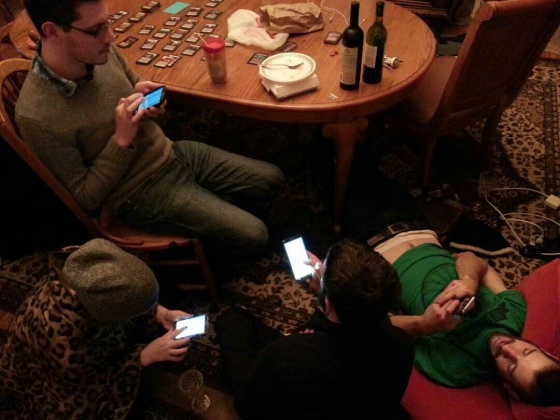 For a while I got hooked up with this game and my best score so far is 42 :)

I'm gonna try this game- I hope I don't end up completely defeated and depressed.

In a desperate attempt to play wii games I just risked all of our lives driving to Walmart in cheektovegas at 10:42, top speed to try and make it there by 11. We made it just before they closed. I dropped the guys off at the front door and they slid in as the security dude was locking it up. By the time I parked to doors were locked.

Like 5 years ago my parents gave me a gift card for one that I never could use because they were out of them for like year. I ended up using the money on other crap. I guess its like pre paid if you think about it that way. 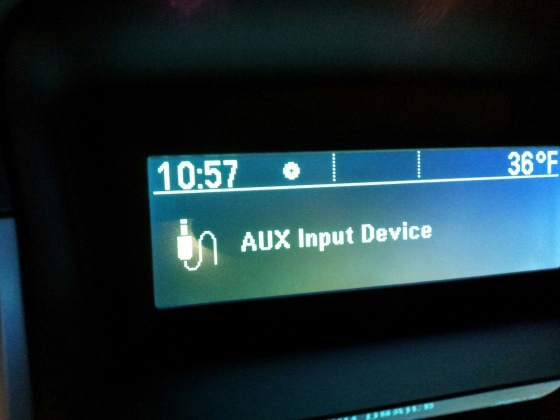 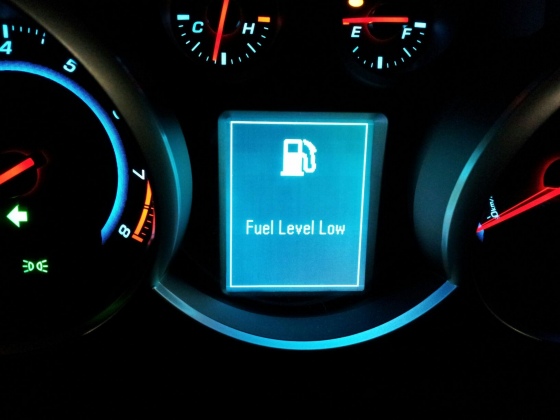 Yes, I thought so too. In fact, I remember seeing Nunchuk controllers in your dining room...

And a friend of mine has the same big TV as yours and he plays the wii full resolution (I think). It has some unlocking trick or something. I am not sure.

That is odd I thought you guys had the Wii I have seen people play with one at your place.....

So did you get it? The pictures are so misleading and so not wii. lol

Last night (e:matthew), (e:Mike) and I went to the Seneca Casino last night. Gambling at the slots sucked. Sometimes I win a bit, even if I am going to lose. This time I consistently lost $20 worth of plays on the penny slots. Even though it was the penny slots we were playing 50 lines at a time.

Actually, I was exaggerating - there was on win, this was it. How the frick is this a win? I can't understand how the machine works at all, which makes it seem all the more suspicious. 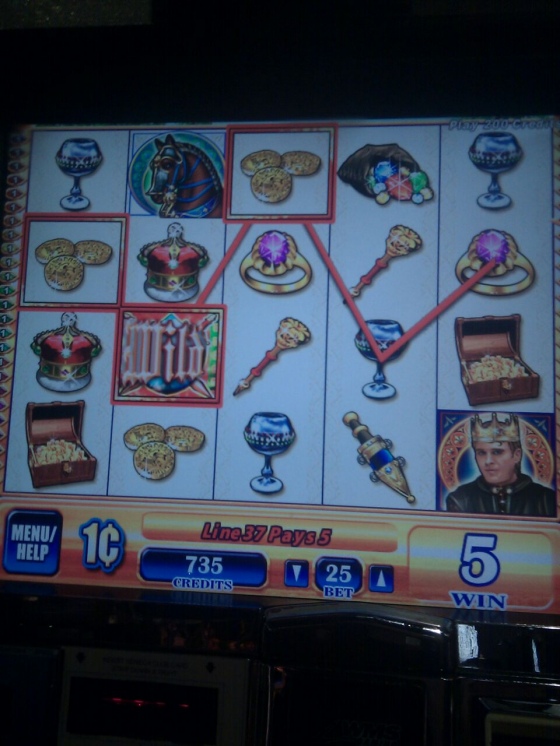 The best part was the Mega sized mozzarella cheesesticks. The worst part was the cigarette smoke. I had no idea what it was like to be in a place where thousands of people are smoking cigarettes indoors. 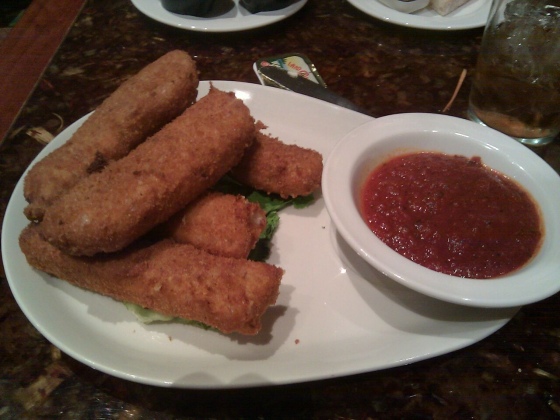 We opened the glowstick fairy wand, but had no chance to show it off. Its kind of a sad end to the fairy wand. 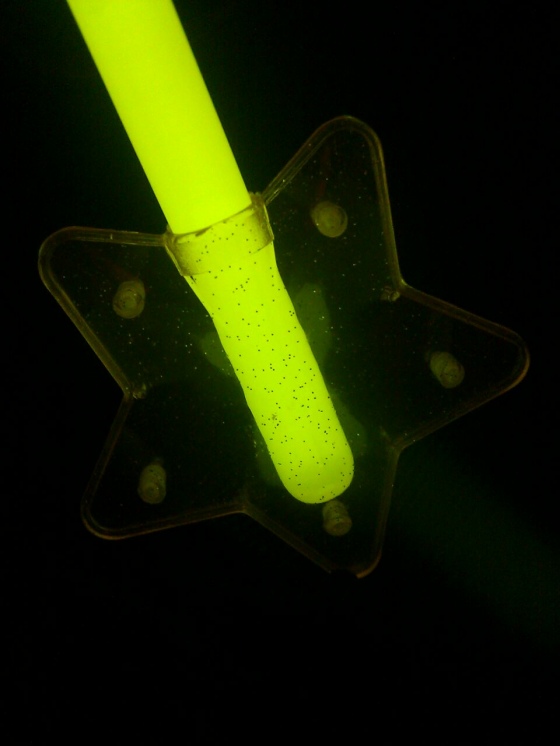 Although the funny part of your post is that there is actually a Casino Rama that does exist. It's North of Toronto on the way to Cottage Country.

Just wait until the snows flies and that place is even more smokey. The slots anywhere these days are just set on "Suck" Canada is even worse if you can imagine that concept. A few years ago I could hop on a plane and get some fun out in Vegas as their payback settings were descent. Now with the depression, they're almost as bad as they are here.

I just go there for the Steakhouse and the Pan Asian place Koi, if not I'm just hanging out across the street at Starbucks. The place is run shitty and the people that work there are just borderline belligerent when it comes to natural customer service. I remember my Dad tell me how the people around Pittsburgh actually Wheeling WV were trashing the place down there and how they would never go back to the Seneca Niagara Casino.

When it think of the place I basically place it as a OK casino facility with a nice hotel but with East Fremont St Clientele.

I don't get any of the machines. When I was in Vegas I had earmarked 25 cents to gamble. But time slipped past (because we were travelling through Vegas to the Grand Canyon) and tiredness got the better of me. I had my last chance at the airport. But I spent 20 minutes figuring out how to play and it was time for the flight back so I didn't lose the 25 cents in the end.

This video game machine at New York Pizza on Allen is so old fashioned. The graphics are about the quality of an intellivision game from the same era but it has a nostalgic feel. 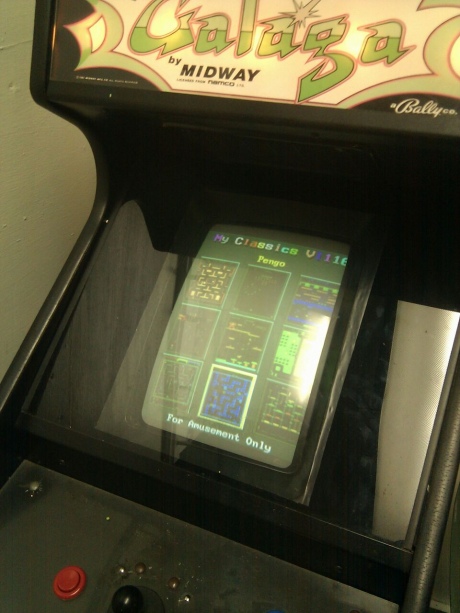 For amusement only? What else is a videogame supposed to do?

Hard not to be charmed by it though

This is (not sure when they started doing this) a new old video game... At the time all it had was Galaga but now you can play many games from that time.... Now what I don't know is if they are full level of those games.... What I mean is if you where good enough at some of those old arcade games you could go pretty far not sure if you could ever really win them or just get the high Score.... I think the reason for the Amusement only is that (this may have only been a rumor) but they had games that if you did well enough you would win things and they had tournaments and stuff...... But I wasn't an arcade rat or what ever those people where called.... By the way one of the game systems not sure what one has a bunch of those games on one disc if you like them......

The stupidest game ever

I know this is a children's game but what a stupid concept. What is it even teaching them? 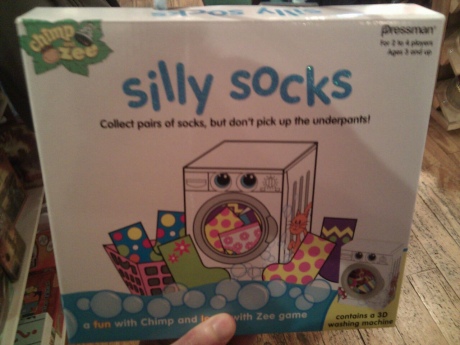 The difference between a real pair and a thing that looks like a pair but isn't?

That is really funny.i don't understand why not the underpants if they're clean?

It's teaching them that underpants are icky, go comando!

Hadn't been there in years, since like 93 when I used to go there to play gauntlet.

I found a nice pink ball to use but I only bowled a high of 119.

(e:keithT) dressed the part. I wish there was more light in the pic. 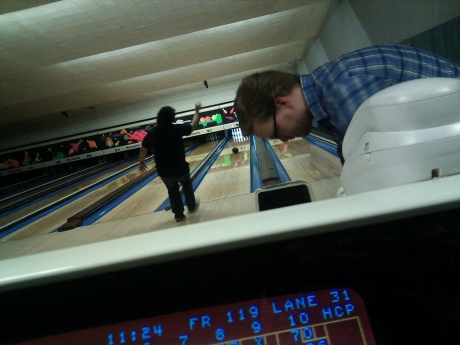 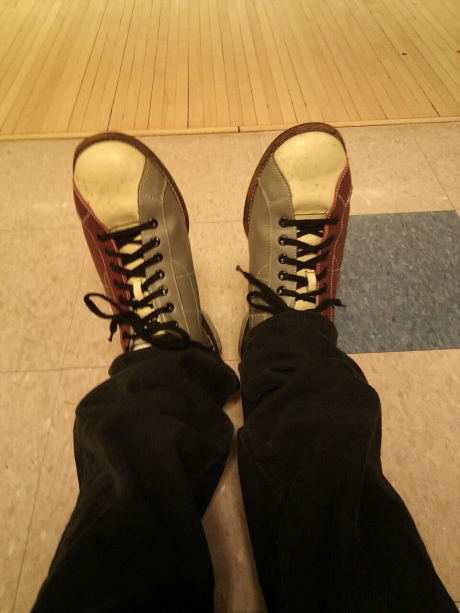 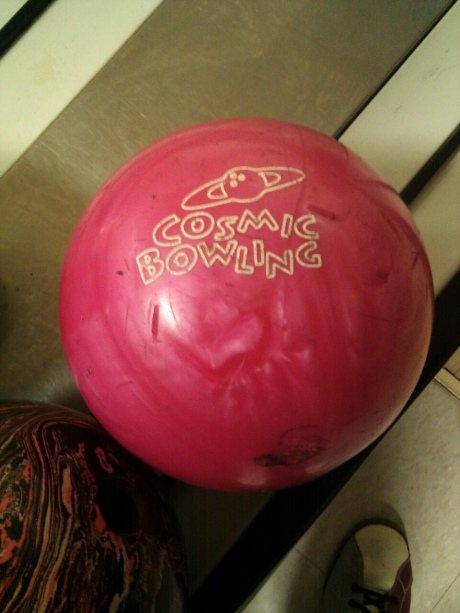 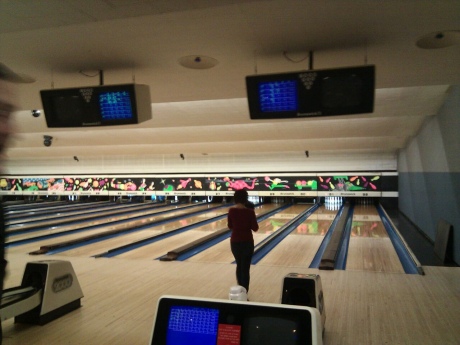 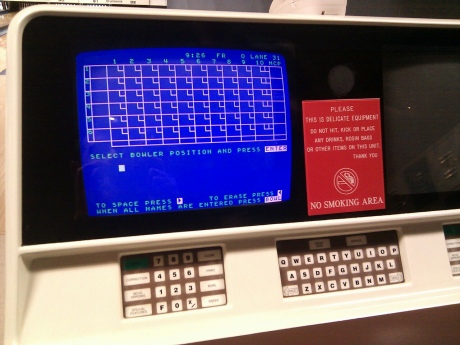 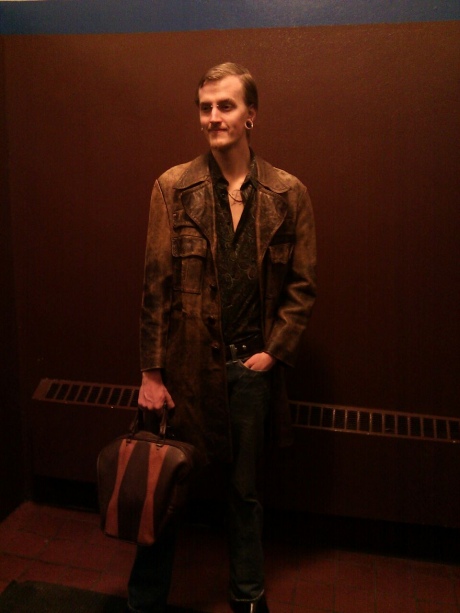 His bowling ball even coordinated - you can see the edge of it in the shot of (e:paul)'s pink ball.

We took zooey to Chuckie Cheese today for her birthday the other day. They have this game called namco game called flammin finger that I am now obsessed with. It looks like I could get the deluxe version on eBay for about $2000. This unlike the watch in the previous entry is Retro in a good way. 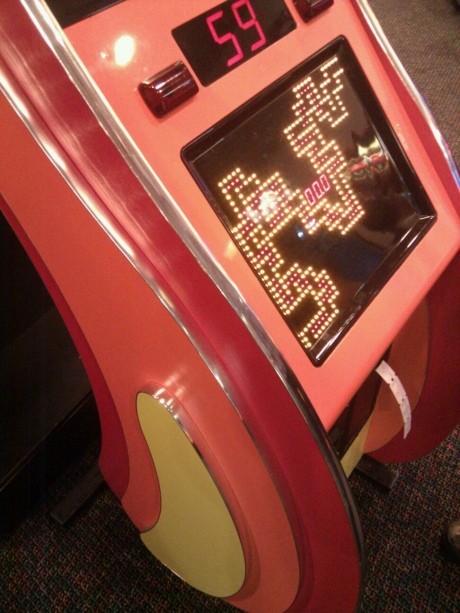 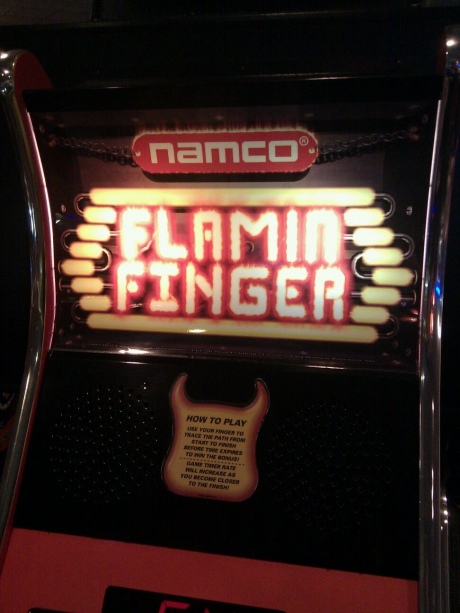 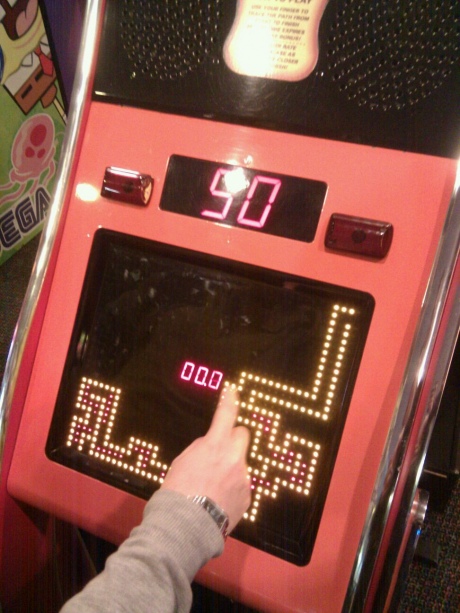 wow im kinda obsessed now too and pretty much watched the whole video.... the name the pixels i kinda love it all, and you.

All these retro things are so unwieldy and bulky... Retro might be cool but it definitely does not fit into a minimalism clean-lines, open-space philosophy. 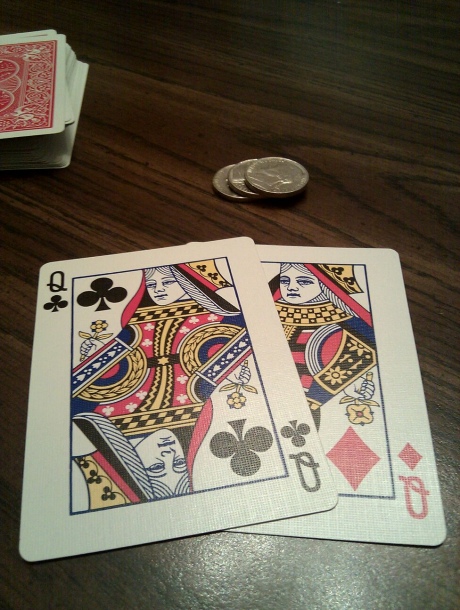 My family plays this card game called "goose your neighbor." It is not the same as the game "Screw Your Neighbor" and I could not find it on google so I decided to write about it here and bring it to internet.

RULES:
a. You can have as many people as your want sitting in a circle with three stacks of money e.g. 3 nickels, 3 quarters, 3 dollars, 3 chips, etc. We usually use nickels although, my brother now charges me a dollar for 3 nickels so it is not really any cheaper than using quarters.

b. You use a regular deck of playing card minus the jokers.

c. The dealer shuffles and passes out one face down card to each person in a clockwise fashion starting with the person sitting after the dealer and ending with the dealer.

e. Starting with the person to the dealer's left, the player determines if they want to keep their card e.g. they think it is low enough. If not they can trade cards with the player to their left.

f. The player to the left has no choice unless have a 7, the neutral blocker card, which makes them immune to passing. If they have a 7 then simply turn it over when the person tries to pass and then the passer is stuck with their card.

g. If the pass is completed and the person whom the card is being passed to passes the player to their right a higher card than the one they receive, they then knock on the table to indicate the situation to the other players.

h. Once the pass/stay action has made it around the table, the dealer turns over their card. They can then either stay or pick one from the top of the pile.

i. Once that is completed, the other players all turn over their cards simultaneously and the one with the highest card has to pay the pot.

j. If their is a tie for highest, both players pay the pot.

k. The next round, the player to the dealer's left is the new dealer.

l. Once a player loses all three of their stacks, they got one free round "on their honor." When they lose that, they are out of the game.

l. The last player remaining gets to keep the pot or split it with their children/grandchildren if they look like they are going to cry ;)

Almost like a version of mahjong (with slightly less malice).

i love the last part about splitting the pot

This game is the cutest thing ever.

Its such a time waster! Those scared people just move from one room to another! They need to run out the house!

Does anyone want to buy (e:terry)'s xbox 360 elite with the following accessories and games before I sell it on ebay. We are looking to sell it for $489.00. It is also a media center and plays DVDs. 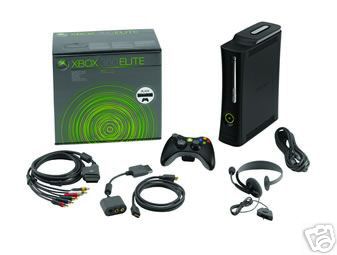 showed up too late for the party, arrrrgh

i want this xbox!!! i've been meaning to get one for a while now. mike are you serious about it?

no Halo!? What's the point!

Terry said that would be fine with installments. We know where you blog, lol.