This is how old I am

My early birthday were captured on reel to reel film. 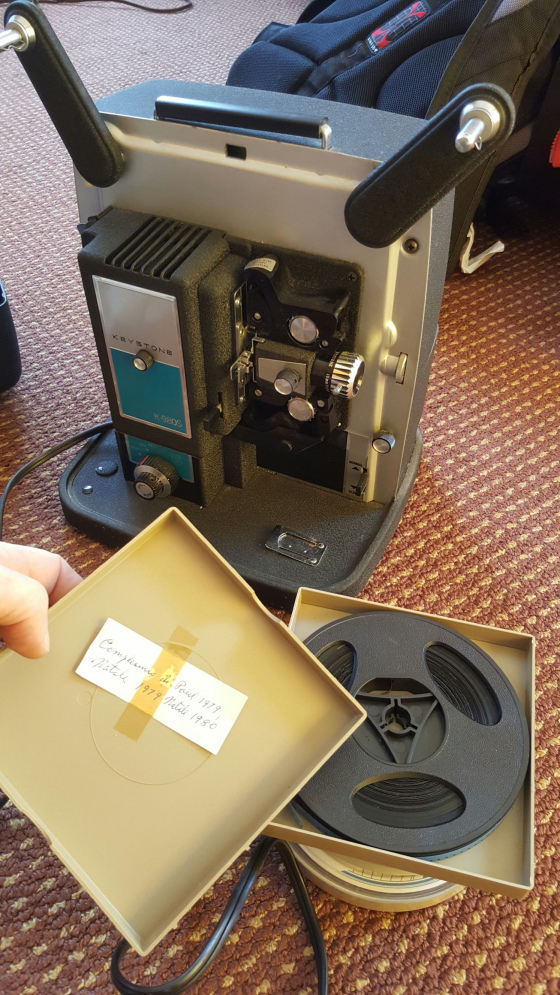 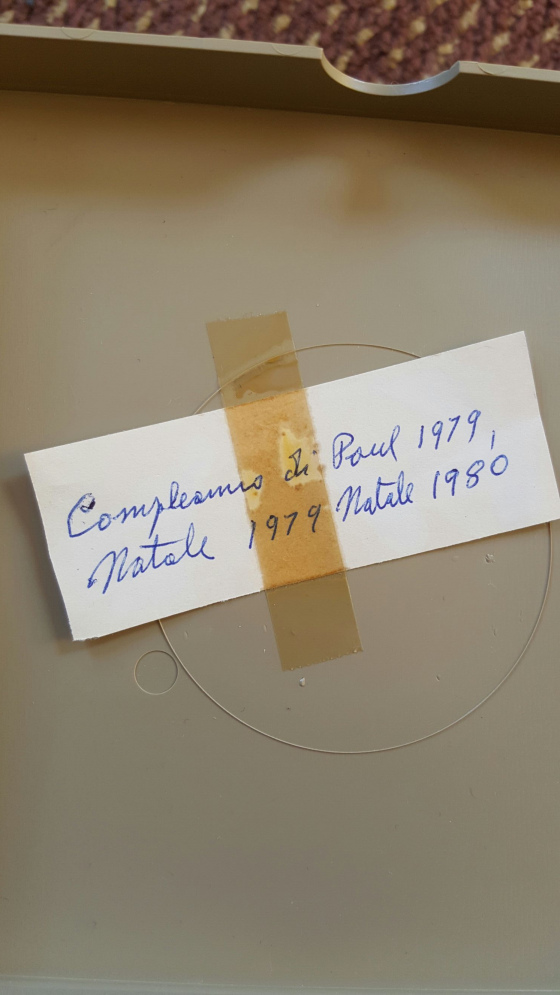 Remember when Kenmore had trees. 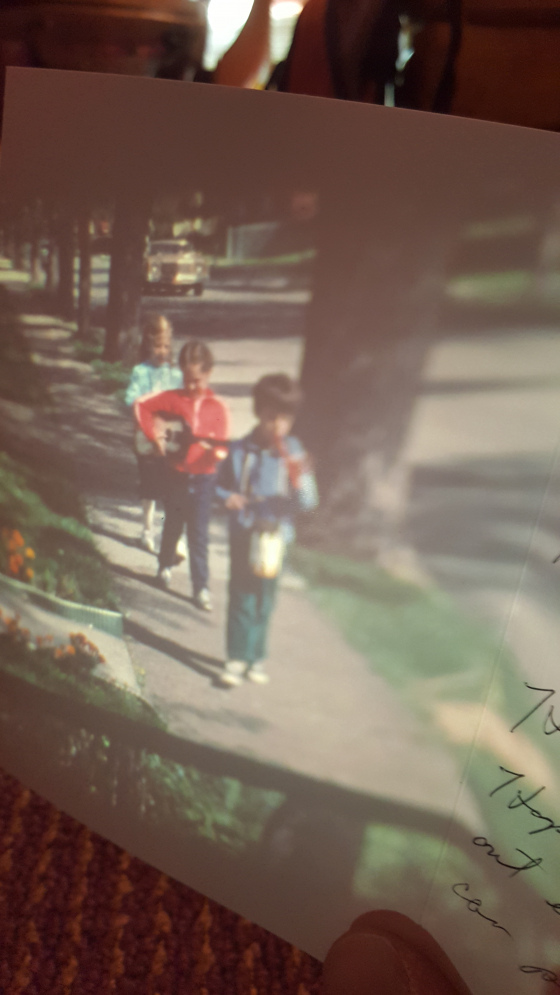 First gather has been updated. Now you can see what you uploaded and delete or download it as well as organize little colored post its in your login view. You can drag them around and change their color by clicking the little rainbow dots to sort them in your view. The system remembers where they belong from loging to login - even across computers. 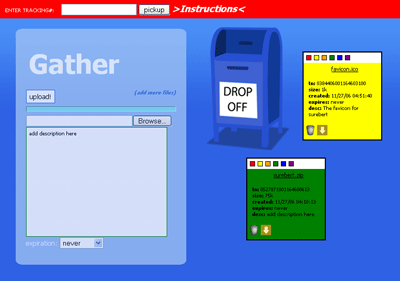 Today I played with my new wifi compatible camera. It seems pretty cool but at the same time I am not convinced about the quality of the images yet. It says it takes pictures at 7.2 megapixels but I have been taking most picture at 640x480 for my journal and the pics are not that great at that resolution.

It does great with video

Here are the pics of zoar valley. We went there with Anika. Basically, it was late so we just walked out on point peter and climbed down the cliff and then back up before retiring. It was a real workout.

Along the edge I found this footprint way on the edge of like a 150 foot dropoff. I wonder if it was someones last footprint. I mean a bunch of poeple have died here. 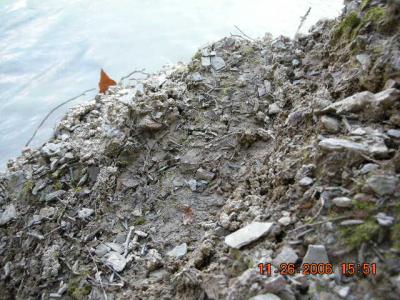 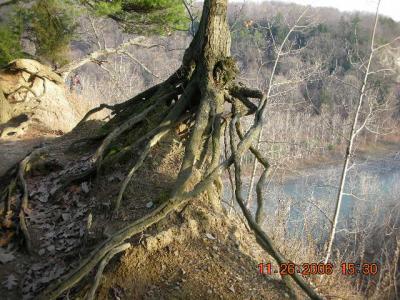 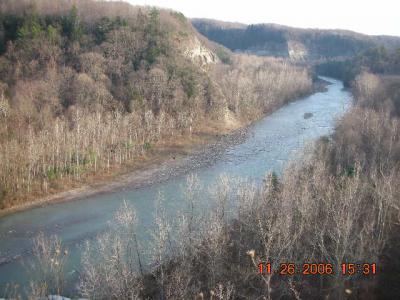 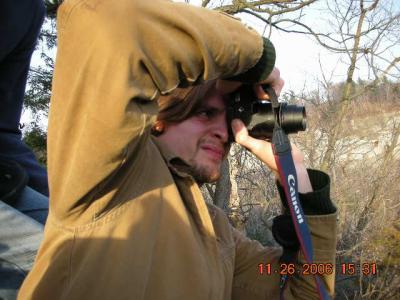 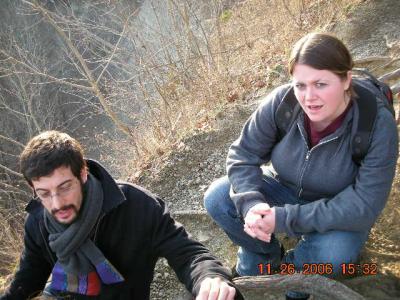 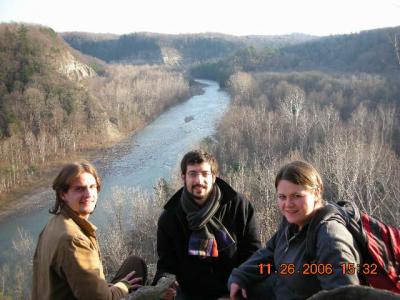 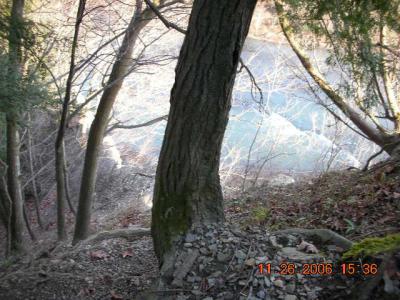 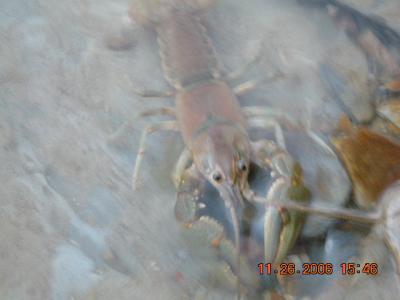 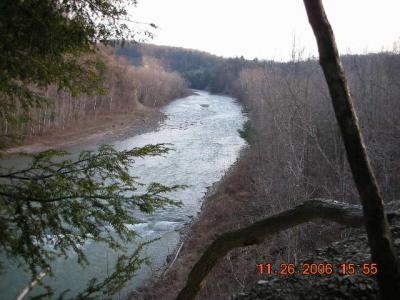 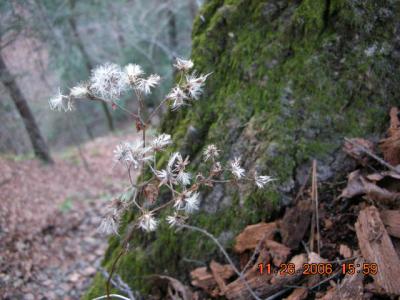 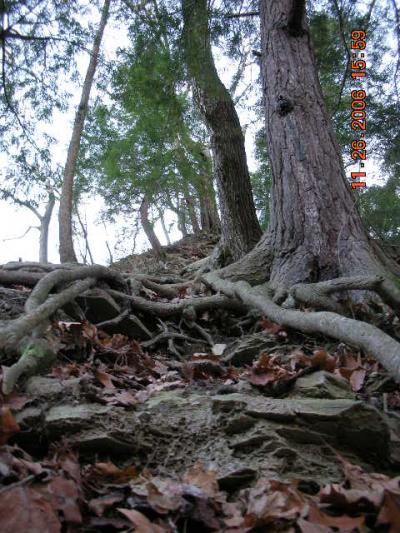 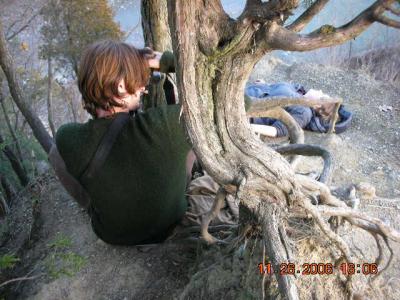 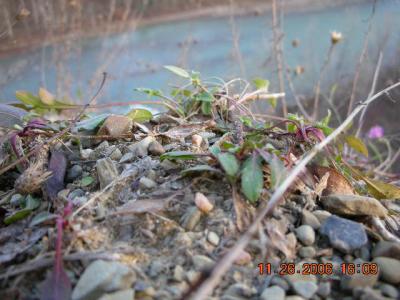 I know... it's probably some horrible global warming thing signifying the end of the world, but SHH don't tell, I like it.

do i always smush my face when taking a picture?!? I never noticed. That's a crawfish, not a lobster. It was 60 degrees yesterday! That is incredibly warm for this time of year, the rest of this week will be in the upper 50's! Buffalo winter, where d'ya go?

they have lobsters in zoar valley!?!?!?

Oh man! I've been to that point so many times! I love that tree with its roots sticking out.

But where's the snow??

to this on google. I love being able to use google to find my stuff.

Joshua,
So apparently your opinion does mean something, lol! (e:joshua)'s journal [inlink]joshua,87[/inlink] is on the Washington Post article is linked to on the washington post article itself thanks to technorati

That is crazy... well at the least I hope that the site gets a little exposure and other people sign up as a result.

(e:jason) and (e:joshua), I for one am not suggesting that the lefty press is any less biased. I don't think there is any such thing as unbiased media from any source, how can we pretend that is even possible. I always assume everything is biased and try and research stuff myself when I am interested enough. It is just so unlikely that writer can divorce their ideas from their writing enough to be unbiased, even if they really think that is what they are doing.

As for the Twelve Tribes, my feelings about them had nothing to do with Michael Niman. I don't even read his column. In fact, some drunken random girl read us the article out loud at Allen Street hardware one night. The name sounded famialiar so afterwards, I decided to go home and look them up when I realized they were the same people I had gotten into an argument with at that picnic I organized.

Then (e:mike) and I searched for their personal homepage and read the whole thing. We searched for information from former members and for news articles about them. I put all these links on my journal [inlink]paul,3949[/inlink] with my own commentary so that people could not only read my not very interesting opinion but could more importantly read the source materials and decide for themselves. I think that is what makes this format superior to print articles.

I didn't like The Twelve Tribes when I first met them on a purely gut level reaction and haven't bought their bread since 1995, about 10 years before Mike Niman wrote this article .

Nah you are honest, and I know the reasons for your suspicions of 12 Tribes. I don't dispute their creepiness!

(e:uncutsaniflush) is right, there is no such thing as unbiased media. I have removed myself from the main stream media for about ten years now. Our television does PBS on antenae at about the same quality that this website would be at 28k.

With the internet offering so many thousands of alternatives, and the fact that the majority of you have broadband net connections, I don't understand why anyone subjecting themselves to the biased, commericial, corporate media from either side. We are not propagnda prey in a world controlled by one government media source. It's not like we live in China.

If you don't like the messages that the media you watch are giving you than change the media source. You can tune into what you want to hear via the net and tune out the other crap instead of watching it all the time. Maybe even try mixing news from various countries to get a better overall view of the situation. Why stress yourself out over it?

I used to get so mad listening to Rush "the hypocrite, pill popper" Limbaugh in the car on the way to or from work. I would actually find myself arguing with the radio. Then one day I realized I just didn't have to take it anymore and tuned him out permanently. I realized that he doesn't even matter and when I am not tuning in, he is essentially gone. Try podcasts! Better yet, make your own media alterntives.

No matter what side you are on, corporate level main stream media is essentially all about advertising and even if you are watching and critcizing you are still watching, paying and subconsciously absorbing the advertisements that make the whole system profitable. We live in a time when you can afford the luxury of just saying no. Biased corporate media can only die if we kill it.

Simply turn off the freakin' television. Don't buy "their" newspapers. Refuse to watch "their" movies and play "their" propaganda laden video games. Vote with your conscience and your money and if enough people agree with you the biased media source will simply go the way of dinosaur. If it doesn't then it means that the people want it, and that the bias in fact reflects the majority of the population. If that is the case then you are fighting a losing battle because Amerika is the home of majority wins.

Ok, I am off to go dream about high speed cell phone networks.

Paul I, dare I say it, totally agree with you about using the 'net to see how the news of events is reported in other countries.

It is amazing to me how different some events are reported outside of the U.S. The perspective can be totally different and ocassionally bewildering (especially from Asian news sources)