Looks like this started in November 2013 - at least that's when I started writing about it but I kind of remember it happening before just not at this level.

Sometimes I just wish I lived in Florida or Arizona.

They were so bad in NYC this weekend. 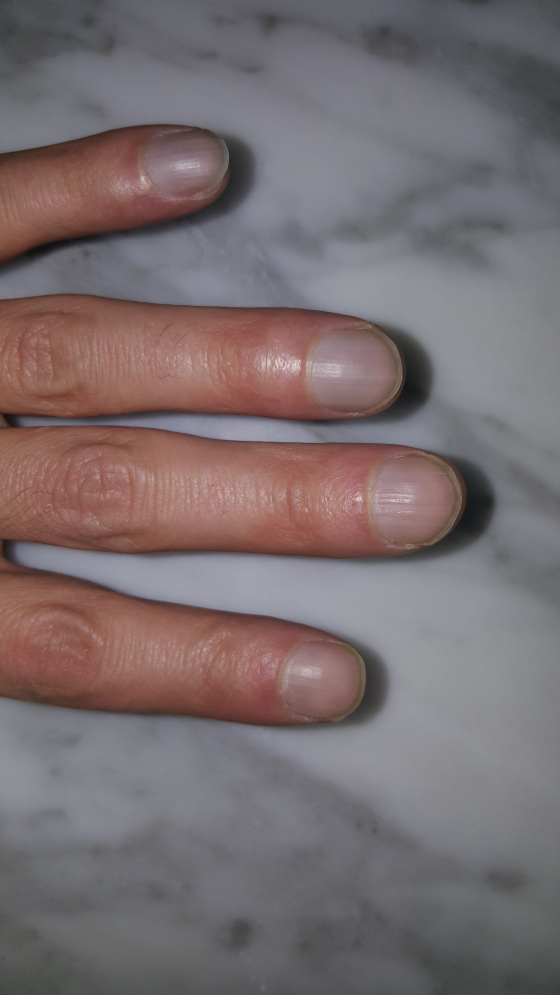 I have been feeling shitty for a while. The migraines, I am always freezing and my fingers turn blue and very cold which the last doctor thought was Raynaud's, the big finger tips (e:paul,60458) that keep growing, and the fact that I am increasingly forgetful.

The physician assistant I am seeing says, "has anyone ever talked to you about Schleroderma."

I said no but at the time I was thinking, "no but my whole life I was afraid of schleroderma because my Dad had some client who had it and we had a mug with it written on it." I looked it up one time as a kid, probably in encyclopedia Britanica and it freaked me out." I didn't really even know what it was. I just knew it was bad.

Anyways, she says she wants to look it up more before we talk about it, " how about we see each other again in two weeks after some labs?"

Who just brings that up casually like that without really knowing enough about it. Looking back maybe its just as wikipedia says, "Raynaud's is the presenting symptom in 70% of affected persons, occurs in 95% of affected individuals at some time during their illness" - but way to make a patient freak the hell out. Like she didn't think I would google it at that point and freak out. So I google it an read over the wikipedia article

and some google images

Anyways, so I go get the labs right next door at Kaleida. At first I was all excited because Kaleida has their own portal and you get the lab results back in about 24 hours, right away, before they are even pass through a doctor for evaluation.

Then a few of them came back out of normal range with no doctor interpretation right from the lab. Like white and red blood cells count and I freaked. 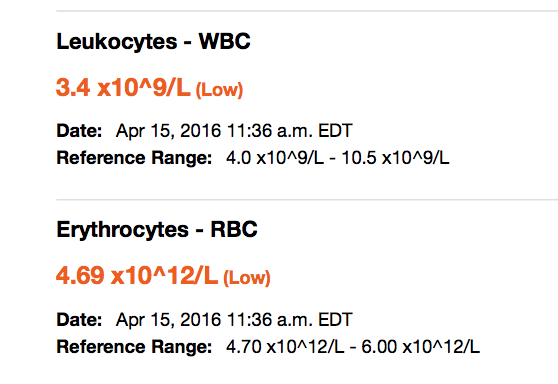 In fact I immediately looked on google and it was all cancer, HIV, death, blah.

So I ran to Walgreens and got an HIV test. Negative. So then I was like oh fuck I am going to die of cancer. Emailed my leukemia doctor buddy and he said the range was not that significantly abnormal.

Then I found my test results from 6 months ago when I had the migraine attack from hell before I got the sumatriptan. Anyways, the numbers were better so I felt, oh god, the numbers were normal 6 months ago and are dropping now, I look that up. Google = you are going to die. I am sure everyone who is not a doctor and is reading this knows how that goes.

Then I decide to go way back and check my lab results on estrip from my physical in 2013 (e:paul,58517) . Turns out my lab results then had my levels lower than the normal range but that time included the text "some values may show slight deviations form the listed normal ranges but are not significant" vs the Kaleida one in bold, red with no interpretation.

Previously I was arguing for work to release lab results right away to patients because I knew the labs were doing it but the anxiety from that today, due to the way that they were presented, without interpretation really sent me over the edge. I know realize how important a doctor's interpretation is.

Here are the last two sets of results for future reference.

I can't believe I don't need glasses anymore. I wonder why LASIK doesn't get cheaper. It seems like most anyone who can get it should get it instead of glasses but especially instead of contacts. It's crazy how much contact stuff I had in my life. 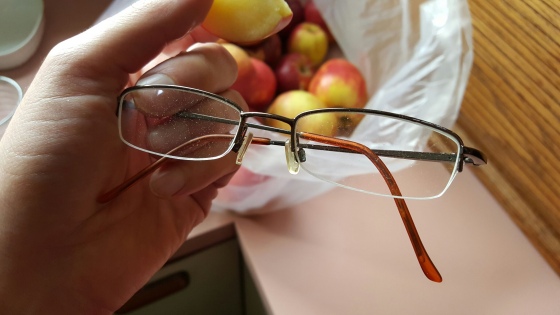 I still can't believe 20 years after driving a nail through it, the hole never closed despite never wearing anything in it. 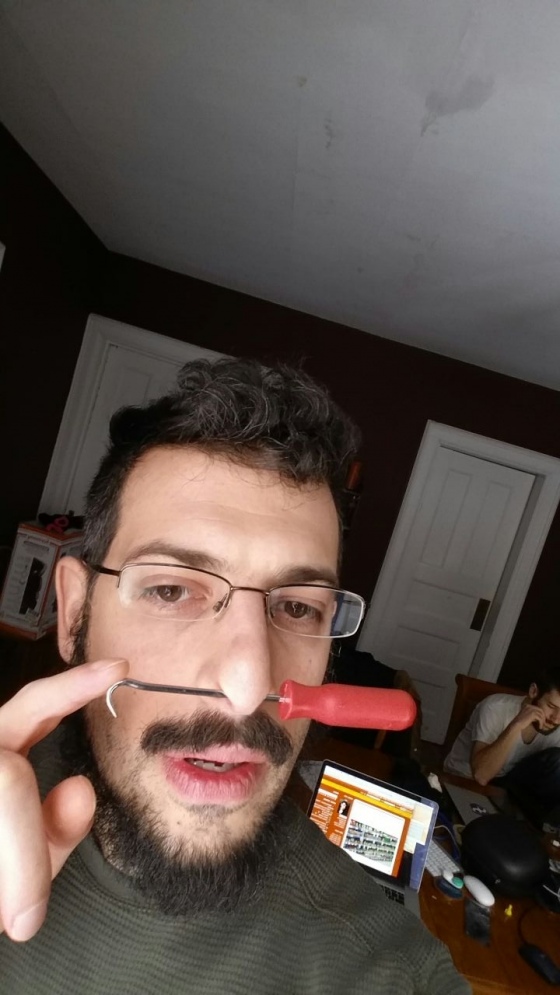 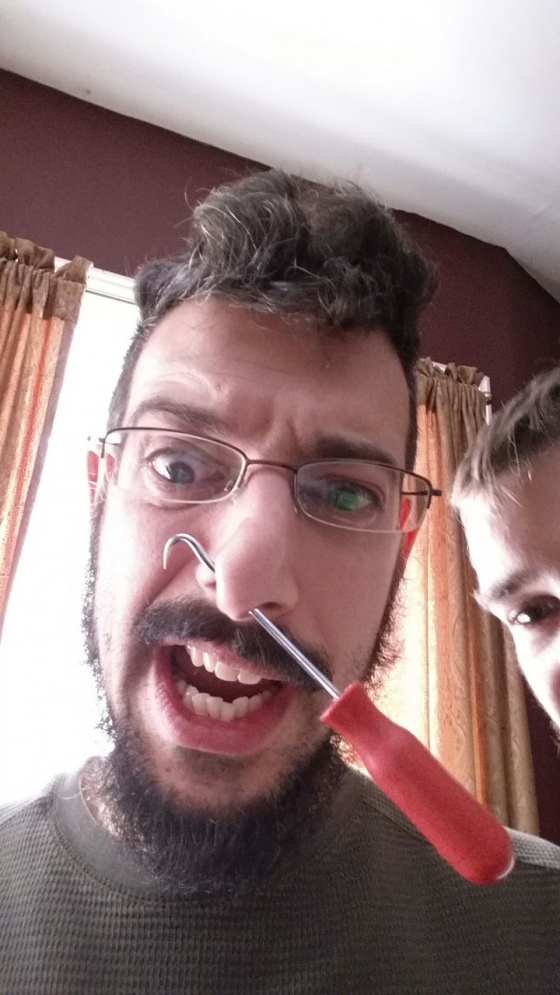 Yes, that cartilage will never close. It's got very poor blood and nervous supply in comparison with cartilages in other locations. 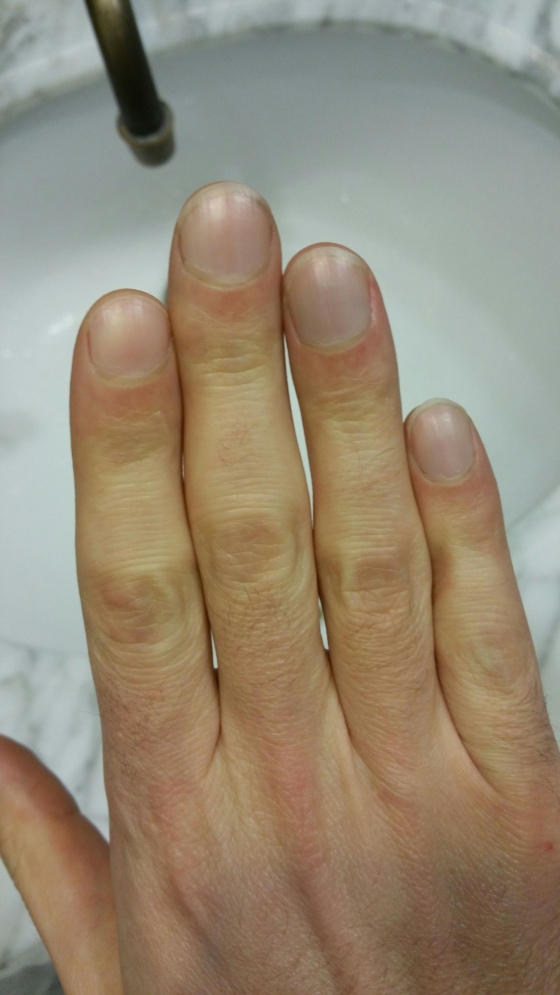 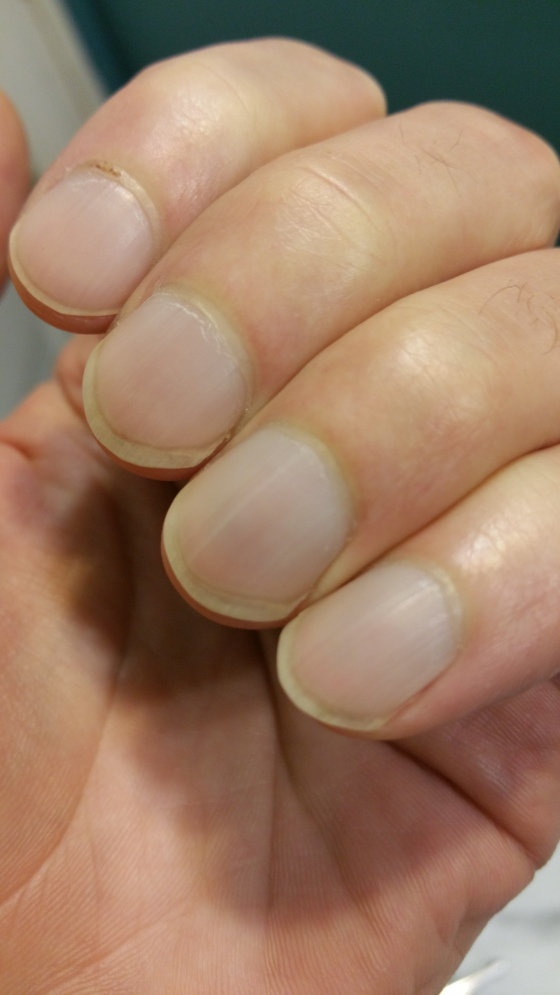 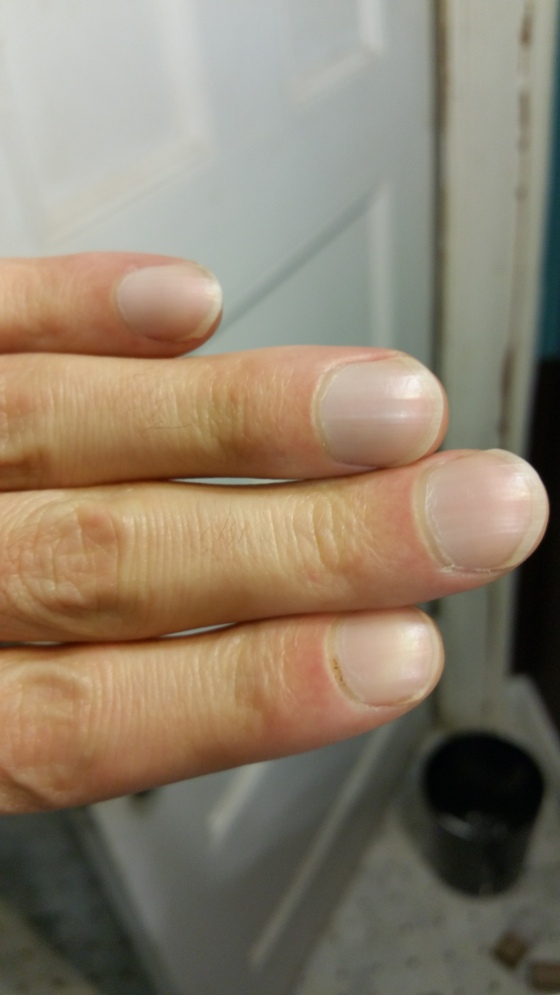 I am also sick. I have a horrible hacking cough and dizzyness. I hate being sick but it seems I am inevitably sick for Halloween, New Years and Early March sometime. Sometimes I wonder if it has to do with going out at night with friends in enclosed places (bars, family events, shopping, etc) in the winter where everyone else is sick. The less I go out, the less I get sick.

On the uplifting note I went to a primary care doctor for the first time in years, like 8 years I think. They did complete blood work and I look pretty normal. At least everything was in normal range so I guess my pretty good diet works despite the random issues I have had in the past. 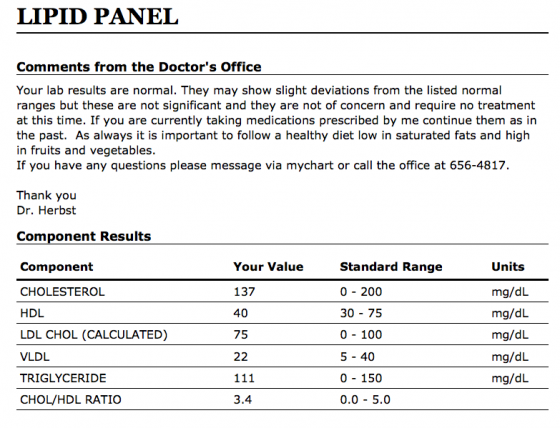 CBC With Diff and PLT 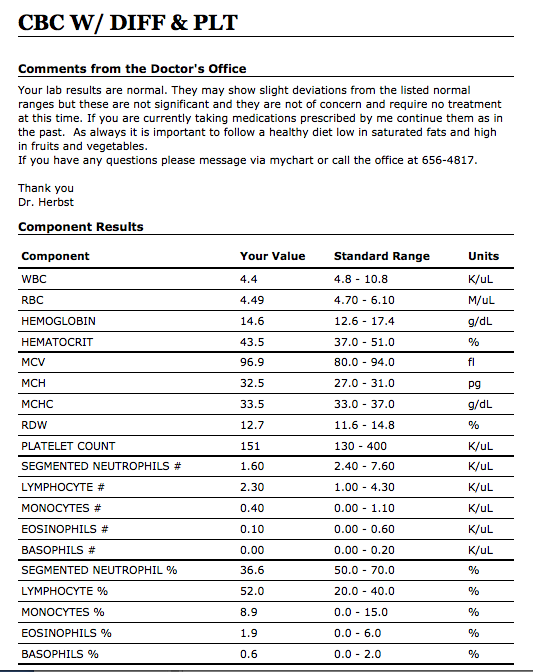 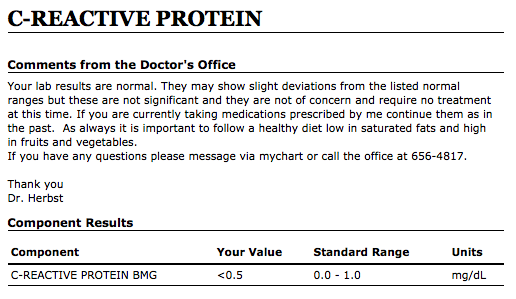 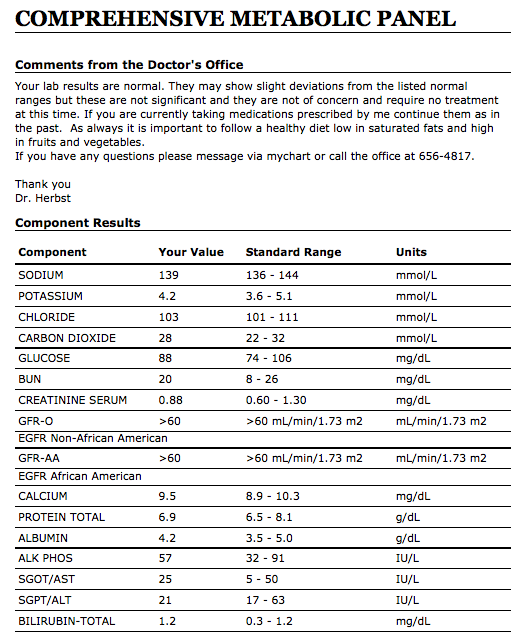 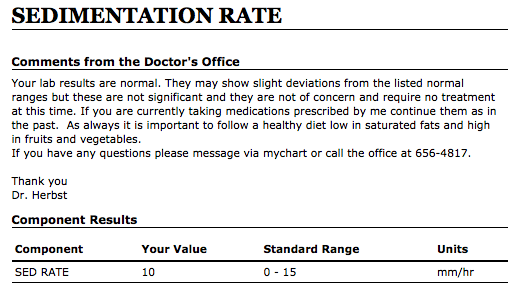 so didn't read the medical data doubt I would get it or know what is good numbers .... Going out around a lot of people would make sense about getting sick... I also wonder though I know you have allergies if those get started buy like hair on coats and things hope you are feeling better ...

These were 10 hour fasting values.

NOOO are you going to miss NYE dinner?! the best dinner of the year! Sidenote: i think I have better cholesterol and I have a steady diet of burger king, pizza, bacon and liquid cheese but I"m not 100% sure, I'll have to check my chart again.

Were these fasting values?

The Mole and Buffalo Medical Options

This is the grossest mole I ever had. Its irregular shaped, raised, strange edges, fast growing in two direction, multi-color, big as a own cap, etc. A year ago I went to this dermatologist when it first started getting weird and he said it was normal but he wanted to do a year follow up. I really wanted it removed but I decided to let it go a year and see. Since then it got way weirder and bigger.

It literally matched every qualification for a dangerous mole on the poster on the back of his door that I read while waiting for him. Not only that but my brother has bunch of moles removed including some which turned out to be cancerous.

It took me six months to even get an appointment with him for something else in the first place. I was kind of looking forward to the appointment in February so that he could take another look as it's been growing 3 dimensionally recently with this weird red bubbly texture. Then today I get a letter in the mail saying they moved my February appointment to next April.

I had called another dermatologist. They wouldn't take me because he was her mentor and her office wouldn't take his patients. She also was not accepting new patients. I explained I had been to her in the 90s and that my brother goes there now but the nurse still refused.

Thats not the only medical issue I am having. In fact, its not even a super important one but it represents this problem that keeps happening to me. I have money, I have insurance and I can't seem to get any doctor.

As I see it there are two options:
A. leave buffalo for a city or country that has medical care available for purchase.
B. take it into my own hands and start practicing on myself.

It seems that with all the information available to me in 2013 and the ability to buy modern medical technology and medications on the internet that I could basically just give up on health insurance and invest the money in a home doctors office and training material. Except for an actual surgeon I haven't even experienced one doctor that gave me any advice, treatment or testing that was anything that a combo of pubmed, NIH, CDC and google couldn't given me. 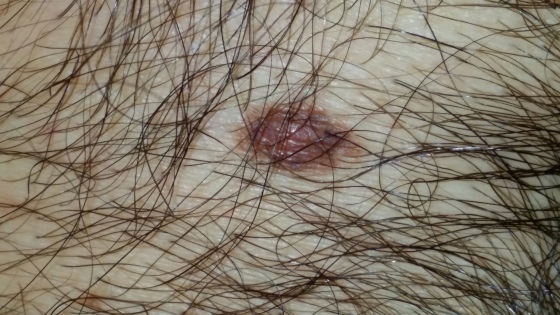 There used to be just one in that area. 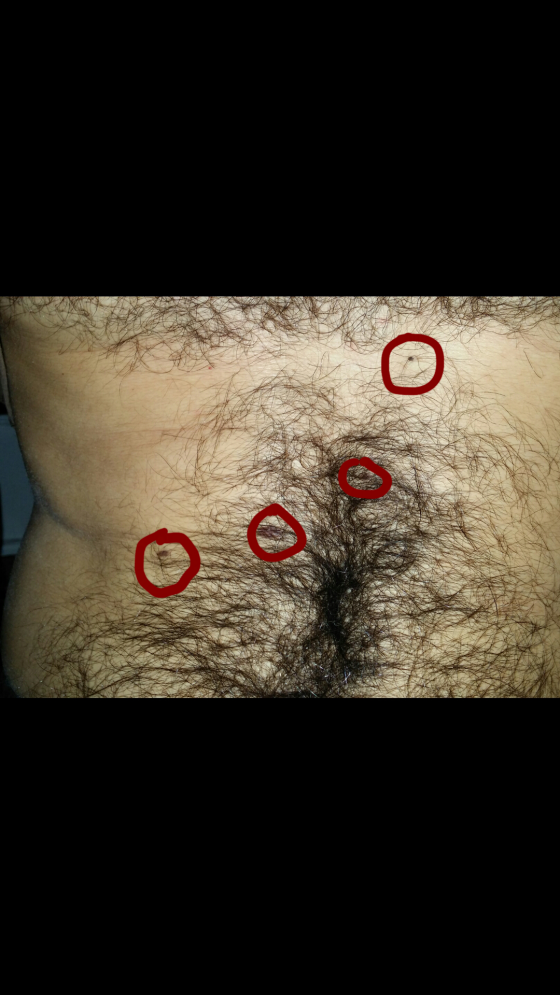 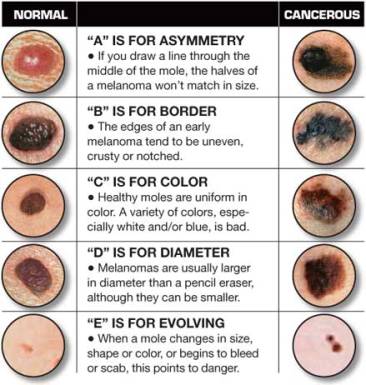 why are you stealing my thunder? I am the moley brother!

the first picture looks like a tiny nipple. perhaps you just have tiny nipples everywhere

Fuck the system, this calls for home surgery.

Ya like if you type skin cancer mole into google, half the stuff shows up looking just like it.

As a mole enthusiast that does look kinda like a poster of skin cancer! I can't believe you can't get in to see the doctor. Maybe you could sneak in at my next appointment and pretend you are me but I don't go agian until July!

They yelled at me but I still got one pic. I hate places where you can't take pictures. I honestly would not have gone if I knew you couldn't. I am sure the museum security cams are taking pictures of me the whole time. 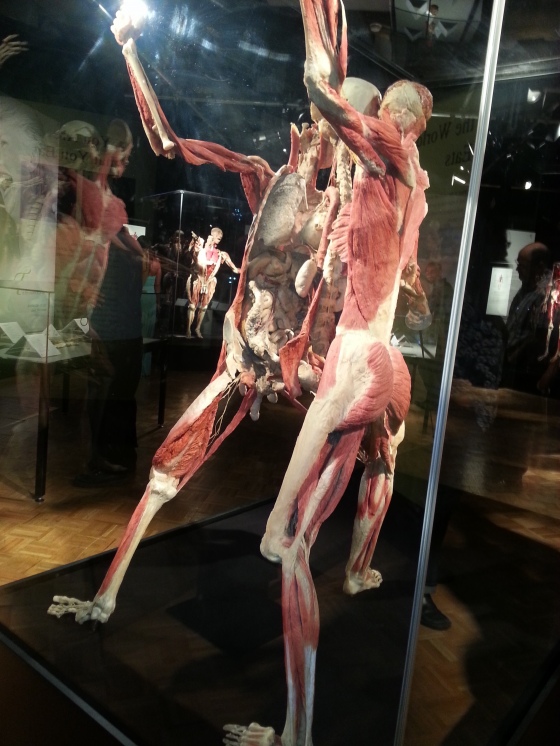 I keep reading it the scary way. 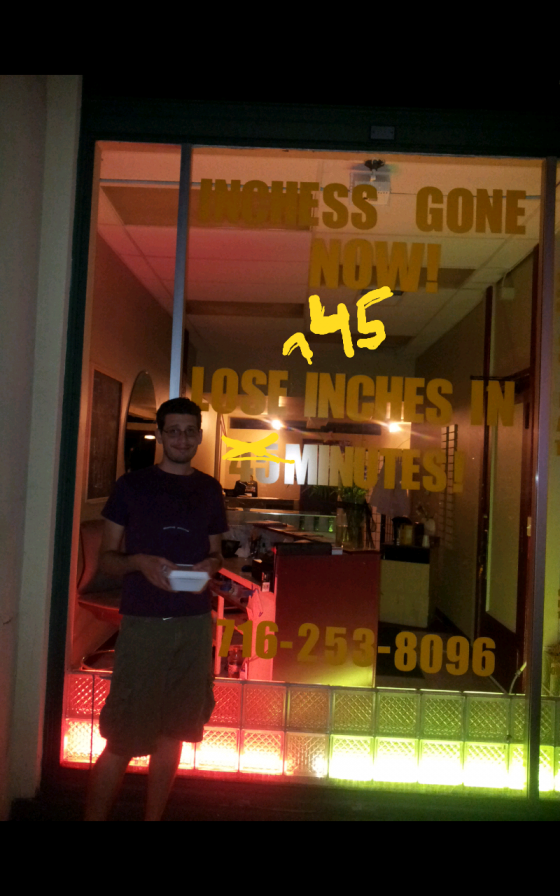 I can't believe that I have a cold right now. I think its the combination of allergies and then cold weather plus air conditioning that made me sick. Its one of those stupid painful sore throats where it hurts to talk. Hopefully this spicy veggie soup helps and it goes away soon. 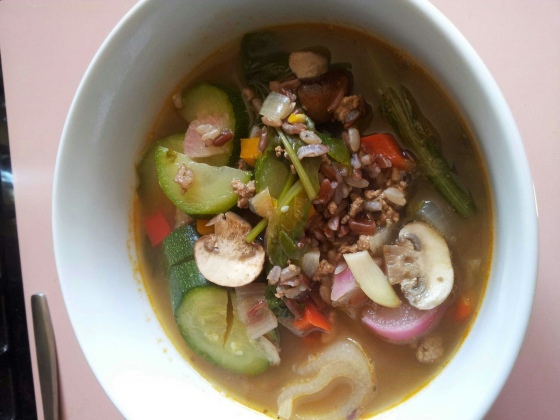