Half of these pictures are poorly colored because I had taken my phone out of auto made and put it in florescent light mode and then forgot to switch it back when I was outside.

Here are some general camp pics

(e:terry)'s mom called while he was at camp 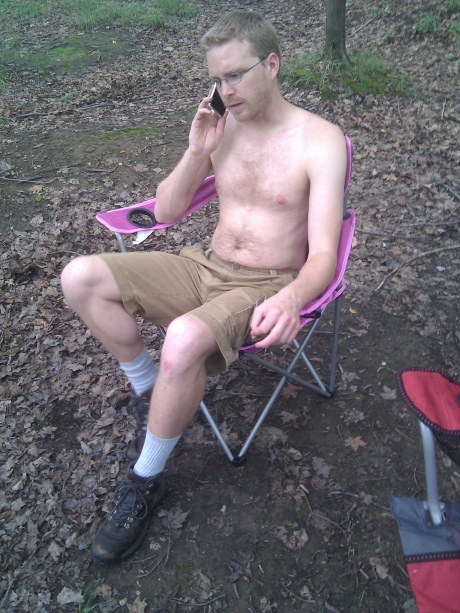 (e:matthew) at the junk pile in the woods where he saw an indigo bunting 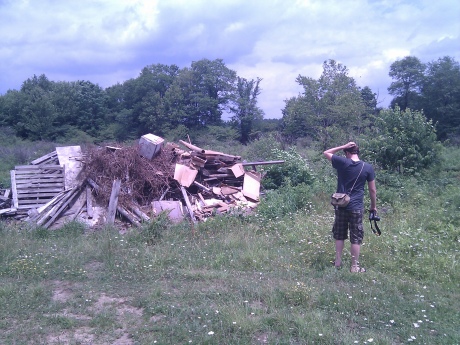 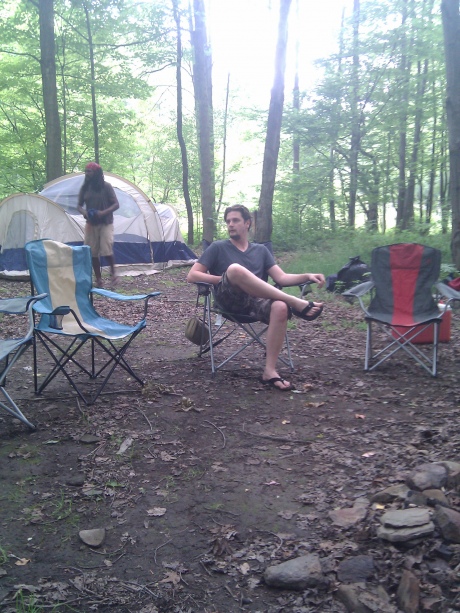 The roundhouse where the drumming was done 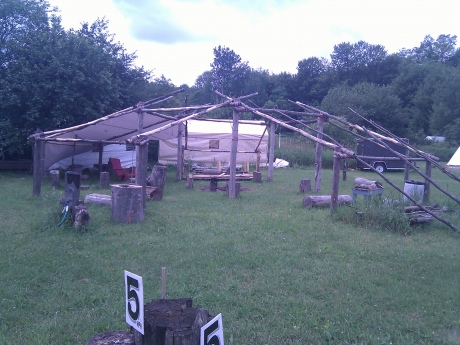 I am not one for religion and spirituality but I had a blast. They have this labyrinth pattern in a field with some sort of sacred dead tree in the middle. I think it is similar to the idea of a christmas tree which is also a pagan tradition.

In the middle I took some cool pics. It started out with (e:keitht) and I in the middle. We walked the whole thing carefully despite the fact that it was easy to just walk over with out long legs. We needed something to do at the moment and discovered that we were good at following the path, lol. 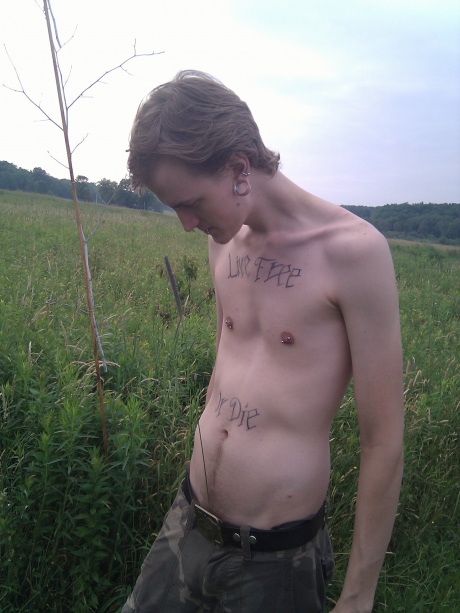 I told him to pose creepy, this is what I got. 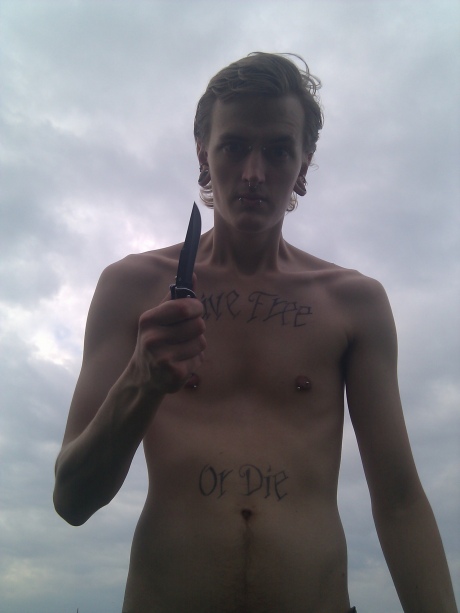 By the end, everyone caught up to us. 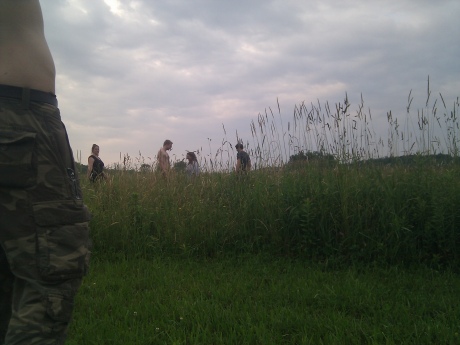 The clouds were pretty in the center 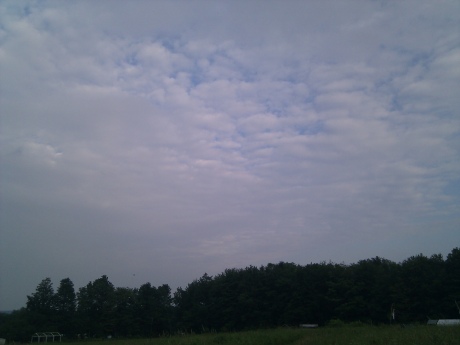 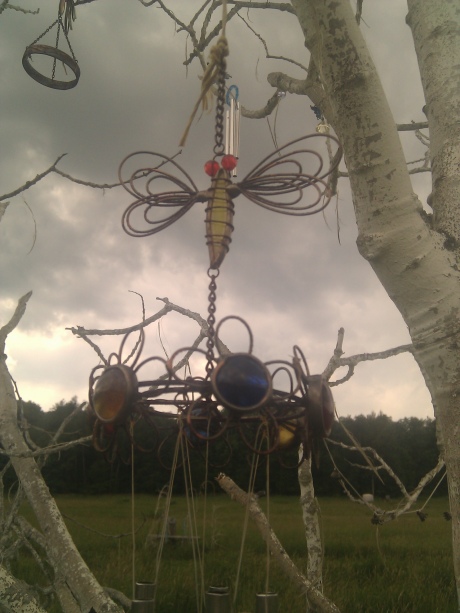 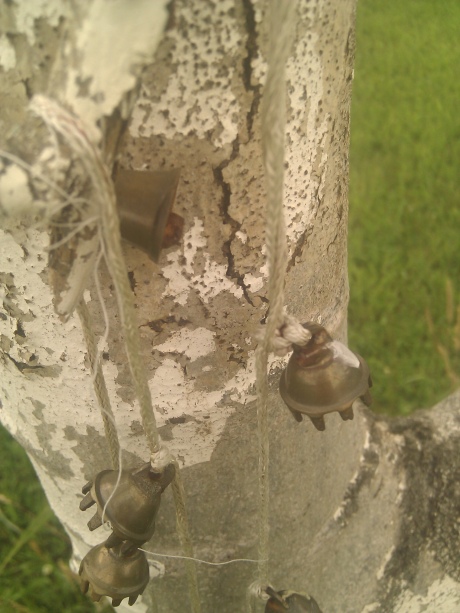 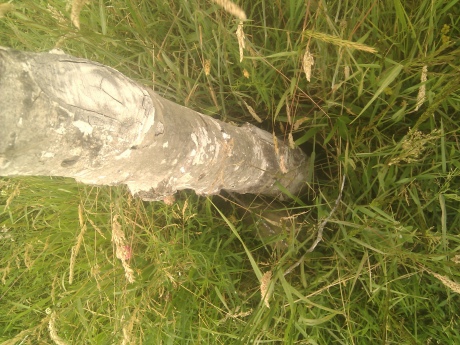 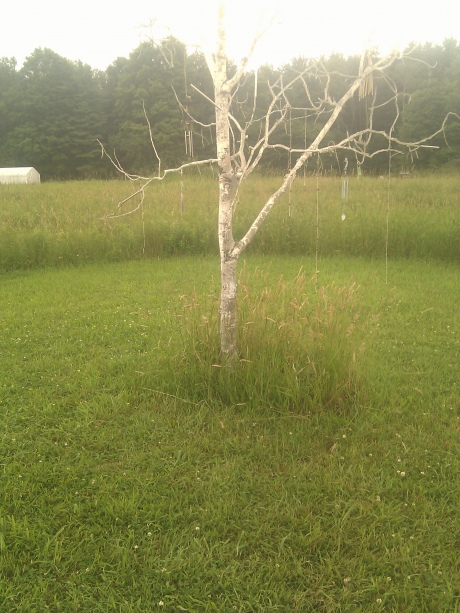 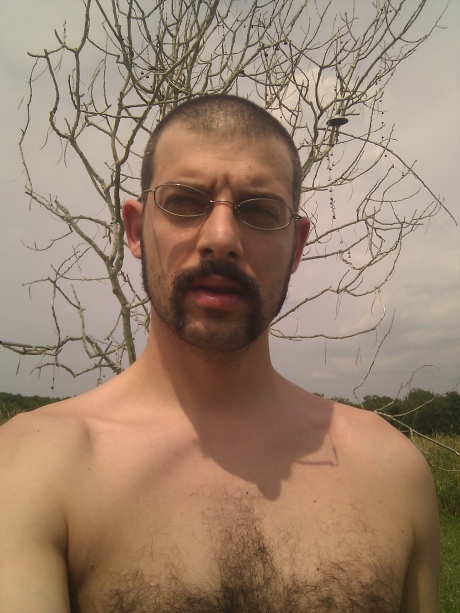 One of the most amazing things was running back to camp at night and seeing (e:holly)'s sister had this lantern that you light the inside on fire and it flies up into the sky like hot air balloon. It rivaled the full moon in prettiness. It basically was something very much like this

but quite large. Its hard to see because it was far away at the point I could figure out the camera. 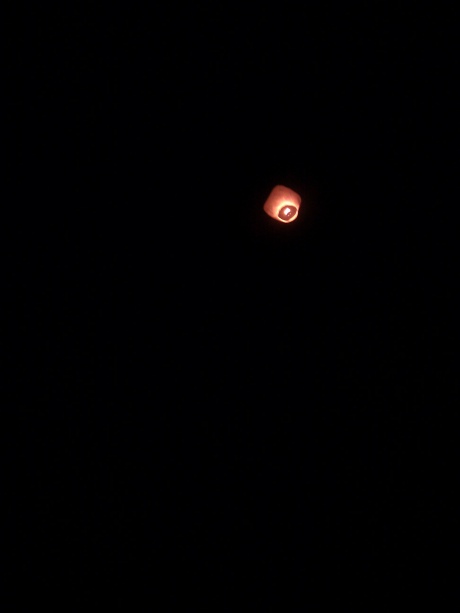 Sacred dead tree lol! I loved the entrance to the labyrinth(dead branches zip tied to rebarb and everything was spray pinted white). Paul igotta say there must have been sum type of zpeel cast on that place tho cuz I felt way different on the out than on the way in, hbu? =P

Thanks for posting these, (e:Paul). I didn't take any pix at all.

Hope this its not an issue

We don't have that much more in the bottle. 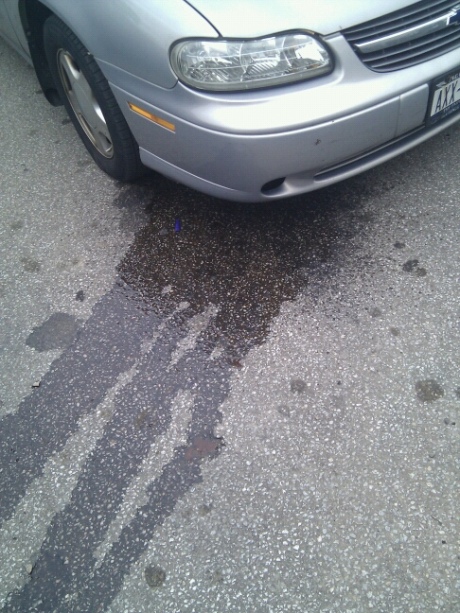 The other customer's car also shit all over the place but it stank much worse. 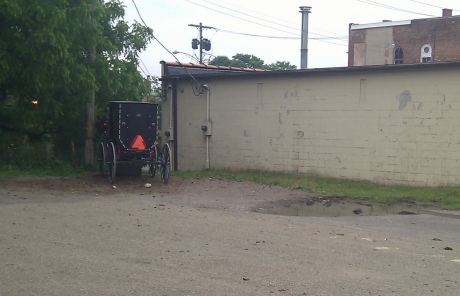 is this from last night? Thanks btw, had a great time! I hope you are enjoying the camping

I almost ate this bug that was trying to pretend it was a pea. I get things wanting to blend in for protection.

That beind said, blending in with an edible surface seems not so advantageous. 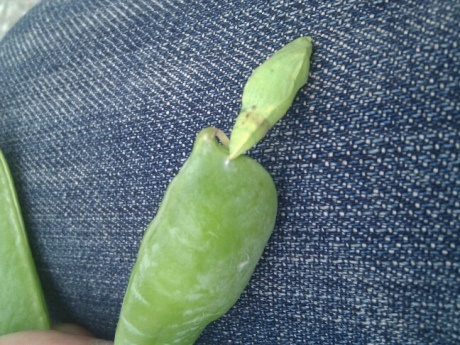 Well, it's not as it the bug knew that you were going to be sharing its dinner.

but in her foot. something about firemen in the adirondacks and a plastic mop burning ceremony. 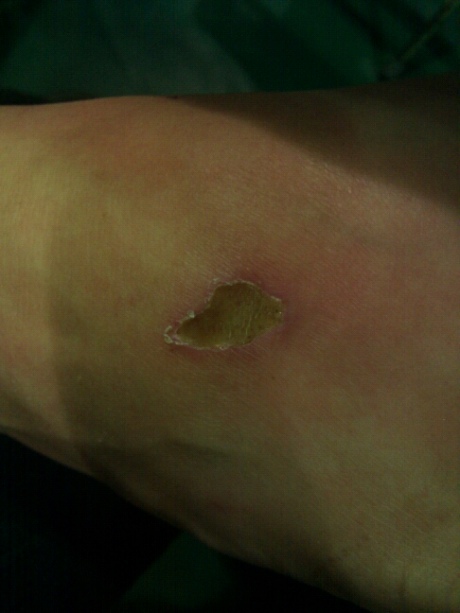 I have scraped my face in muddy situations a lot in my life, i agree scrapes get weird and green more than burns but I do think it is part of American culture to be very antsy about infections and germs but I love America so I love neosporin as well

There is a huge difference between a burn, which cleans the wound itself, and a scrape from falling in a dirty puddle on main street. I would say, the burn cleaned the cut for you.

and at no point did I think it was infected, think my foot was going to fall off or even apply antiseptic - my body healed me man....

i put tickets in this one too 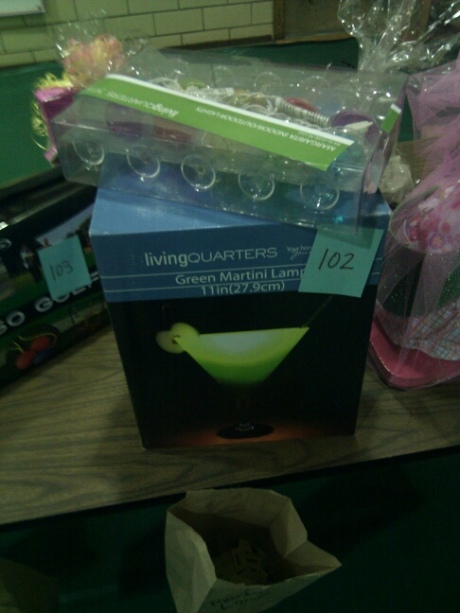 I am reminded of that scene in Plunkett and Macleane when Plunkett lights up this weird liquidy lava apothecary-ish lamp in his quarters...

What does it have? Radium?

that would have been so awesome!

I did not win this either.

I got some tickets riding on this for basra. 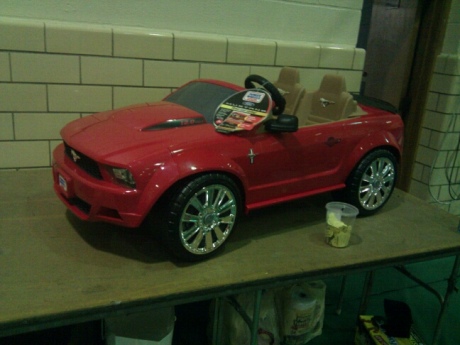 Probably for the best. That car seems like it could have held only one of his clawed feet. You would have needed four of them.

I did not win this.

First time for everything 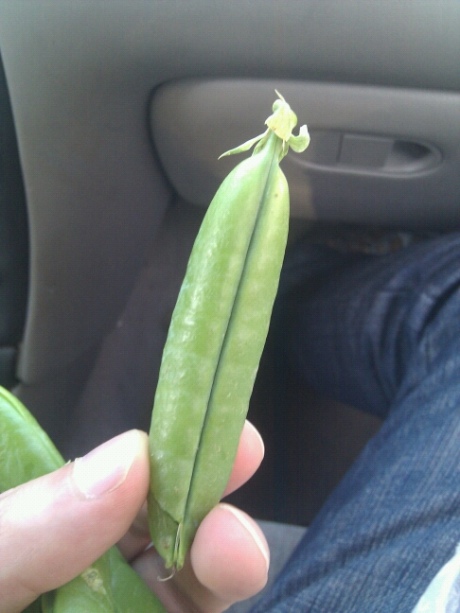 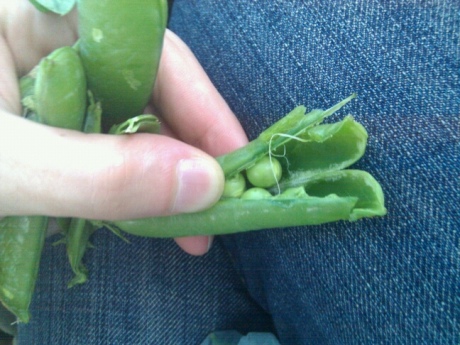 I see, so the twin was really the bug?

just to send tiny over the edge

pure carbohydrates. The best are the sugar ciated gunni bears. I rarely eat candy nowadays but when I do I get the best ones. 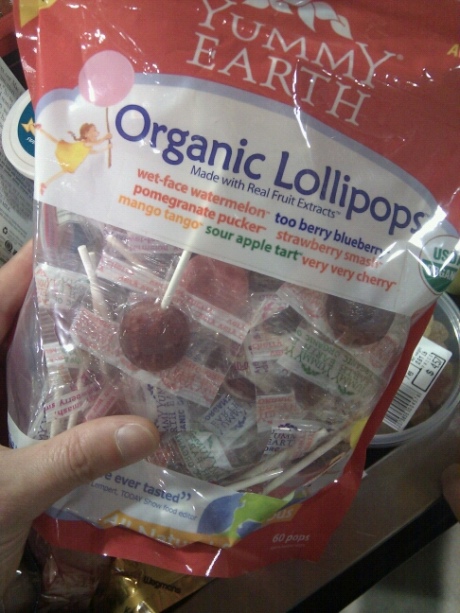 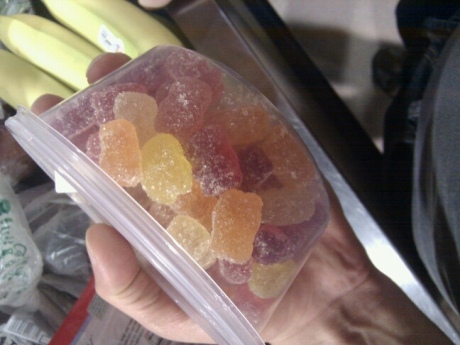 damn. now I want some of those.

I could not take it anymore and shaved it all off. I think the mustache might go next. 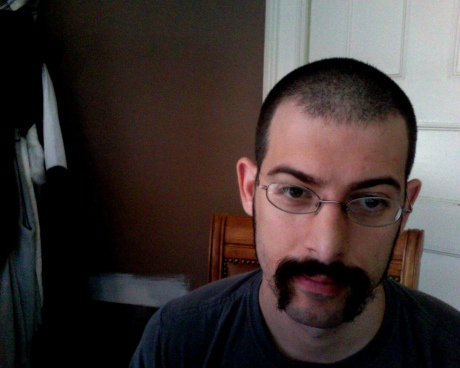 Tell me you didn't shave that gorgeous moustache off???!!!

thursday in the square

Sometimes I just want to be 20 again. 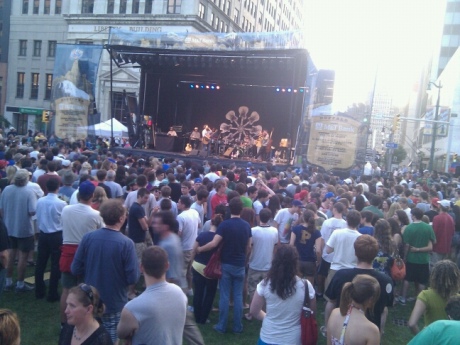