Wednesday night at Town Ballroom was awesome. Its crazy how big electronic music has gotten again. The place was packed wall to wall. 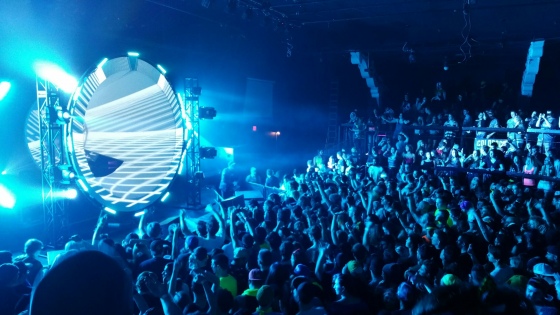 Then on Friday night there was another event a Dnipro and last night at The Waiting Room it was so packed we waited in line for an hour and never made it in. They turned people away because they hit capacity. 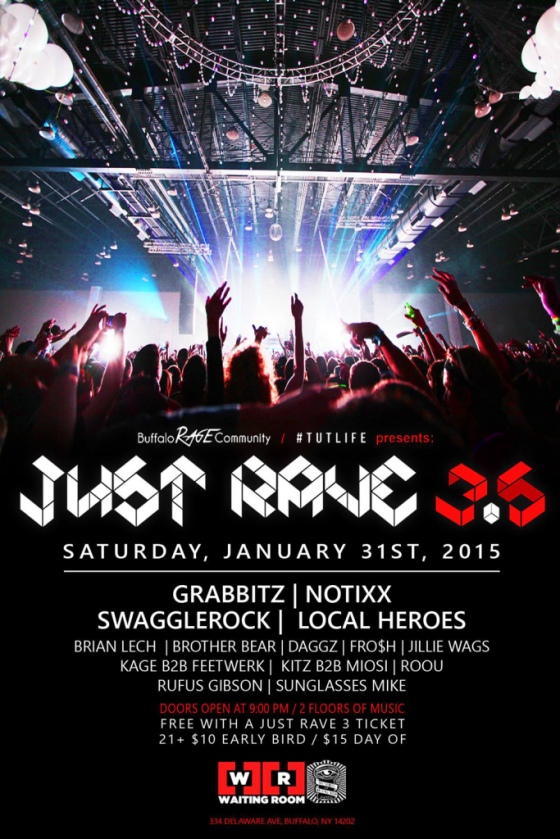 The one thing I hate more than anything is when people try to scam you. I don't know if it is the Sicilian in me or what but it literally makes my blood boil.

If I have learned anything in life, its get it in writing. Especially since I've had so many work experiences where people say one thing in person and another thing in writing.

Anyways, (e:terry) made a verbal agreement to pay DJ Lulu $300 for the party. I remember him coming home to discuss it in the first place and I thought $300 seemed steep but he had his heart set on it.

He tried to pay her before the party but she said she would rather be paid that night. To be fair, she did a great job, he even planned to tip her an extra $100.

At the end of the night her aggressive manager bitch was asking everyone for cash which until that point I thought was pre-paid or electronically arranged. I asked whoever was asking me if I could Google Wallet her the money but apparently she needed it in cash because she was flying to NYC right away.

Many of my friends and family reminded me the next day I owed her $300.

But when she asked (e:terry) for the money in an email the next day she said, "there is no paper trail, but I remember we agreed to $500." Instead of questioning it, because he is so averse to confrontation, he just paid her. This made me crazy.

I had him write to her asking how the price changed all of a sudden. He wrote her this nice email saying how happy he was with her service and that he would use her again in the future but just wanted some clarification on what happend with the price.

A week later - no answer.

Maybe she didn't get the email. Maybe she is a scammy bitch who couldn't even be bothered to make up some story. I guess we will never know the difference. I know how I will remember it.

Personally I would never hire her again and told just about everyone I know how that went down including people who asked me about hiring her.

Next time I get a DJ they will be capable of online payment and they sign a contract in writing.

My new favorite German musician is Alligatoah. It didn't hurt that his album cover was a snapshot of his handsome butt. 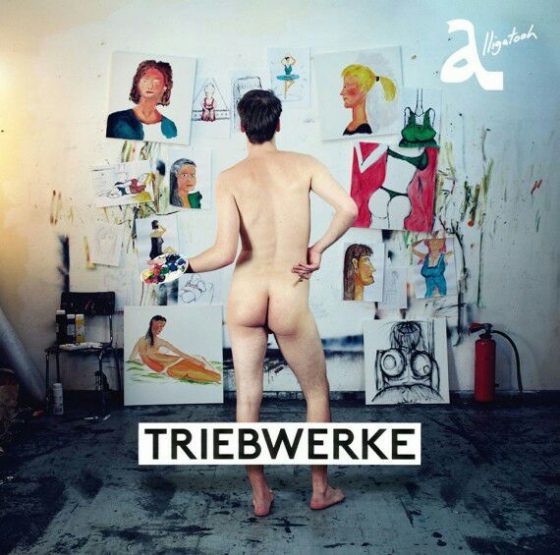 Wow, this guy really studied the crap out of Kei$ha's videos.

If I had to have a Satanic cult leader, I think Ke$ha would be it.

Erica at the Piano

We went to see (e:czarcasm) at Nietsches openmic last night. She was fantastic. I especially liked her original song. It takes so much guts to just go do that. 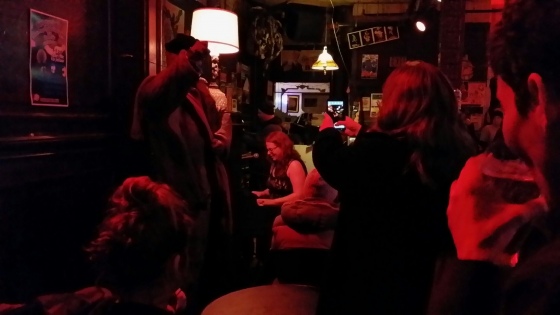 You can rotate it on youtube if you go to the video, go to Edit and then enhancements.

Ugh. I have no idea why it came out sideways on youtube. I recorded it horizontally like usual.

You can use any if my pics anytime. They are all open to the public. I did grab some video will try and upload tonight.

Thanks for coming! Did you take any video? Can I use this pic on Facebook? 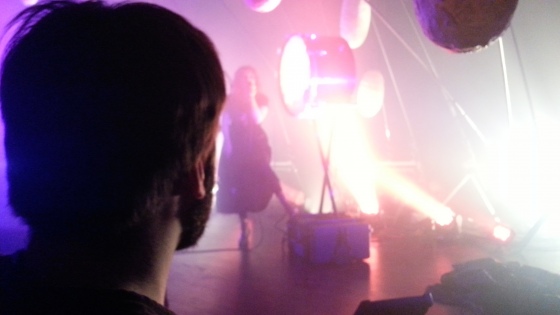 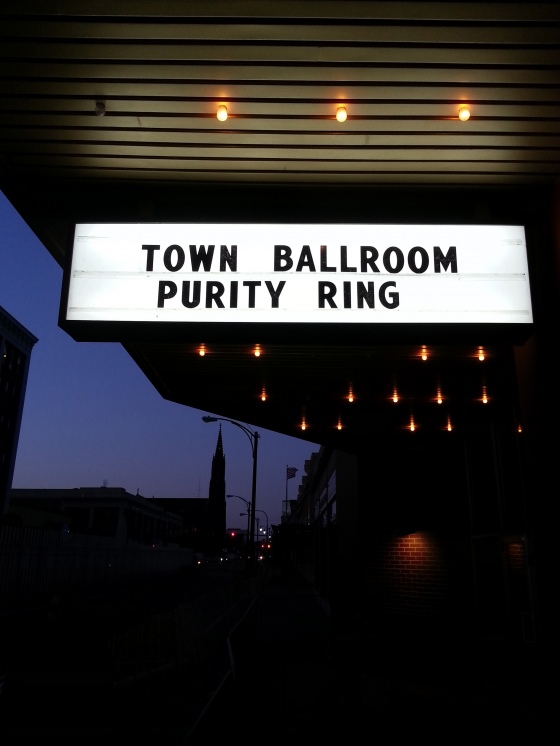 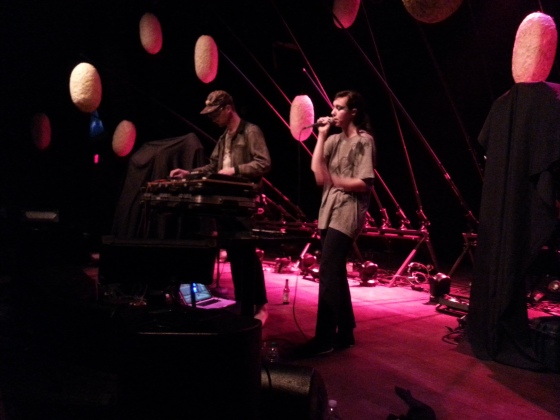 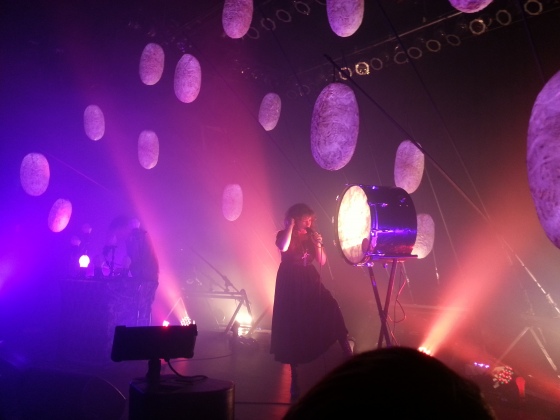 Matt and Kim at the Rochester Armory

Went to go see Matt and Kim and Passion Pitt at the Rochester Armory last night. I really love Matt and Kim. Seeing them play live was amazing. They are so dedicated to their performance.

As with every trip to Rochester, we ate at Dinosaur BBQ 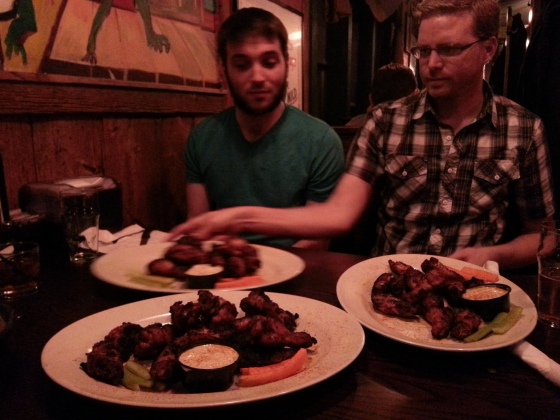 But first, the Will Call line was insane. It was like an hour long and wrapped around the block. 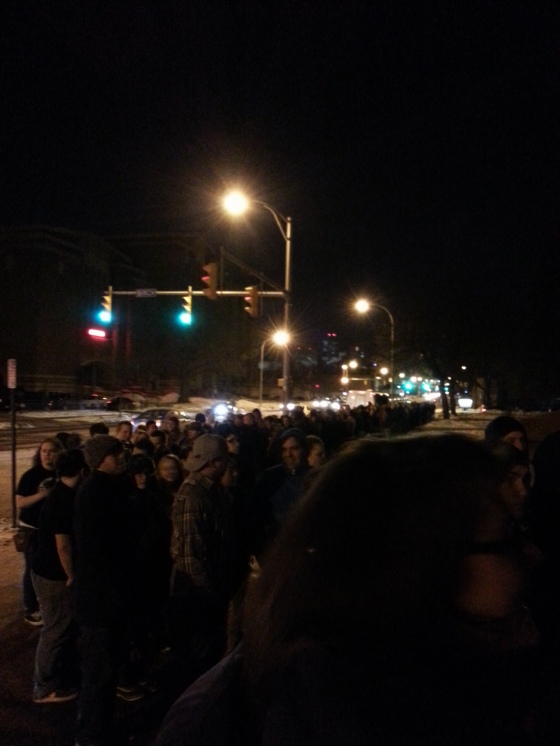 Luckily we had paper tickets and the line was like 15 people long. Makes me wonder about Will Call in the future. 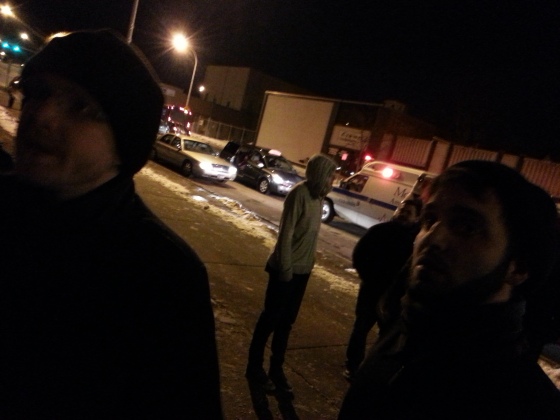 We stood around waiting for a bit after we got there. The crowd was massive. 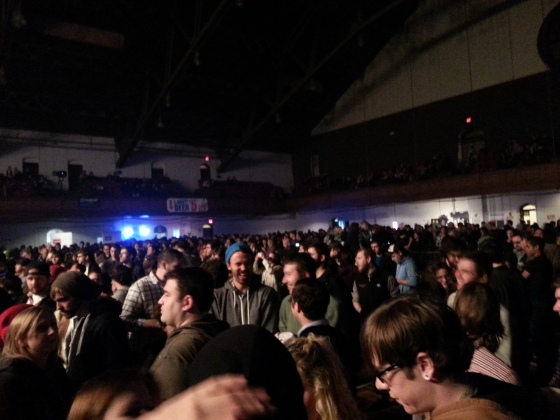 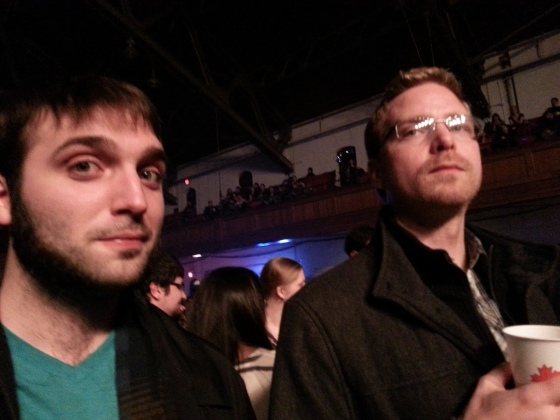 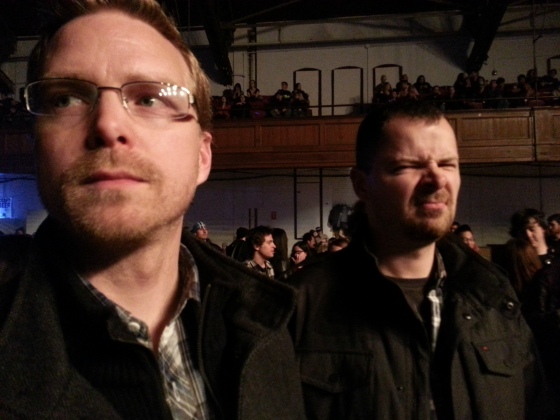 There was a lot of crowd surfing during both shows. The best part of all was when Kim walked out onto the hands of the crowd and then danced on top of the crowd. 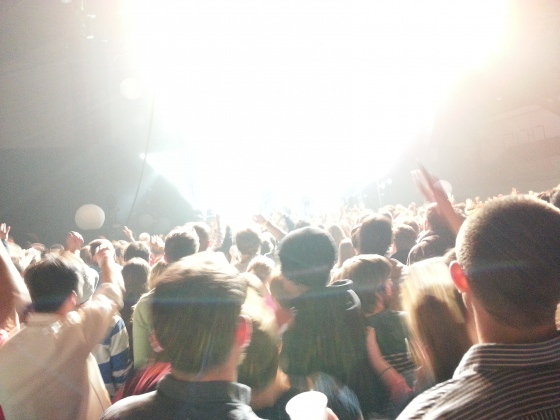 My video from their concert of the song "Now"


An their professional video


The rest of the pics are from Passion Pitt. The light set was good but I didn't get into the music as much. 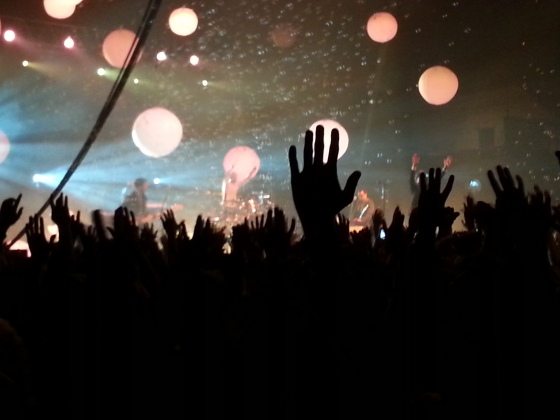 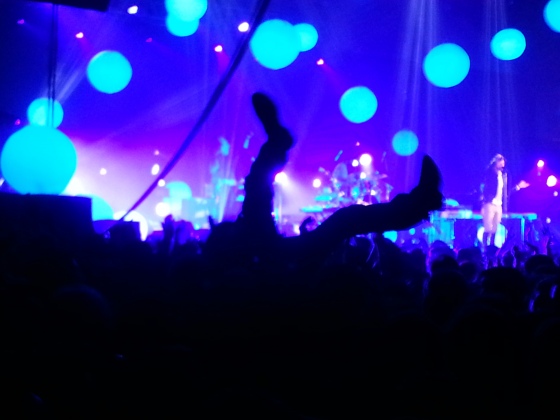 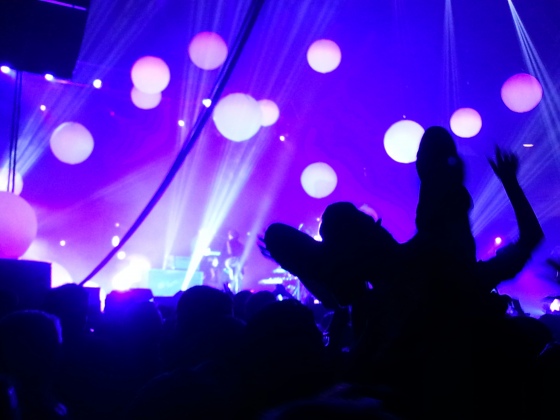 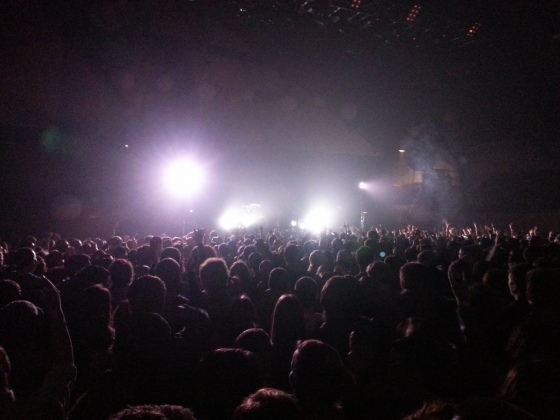 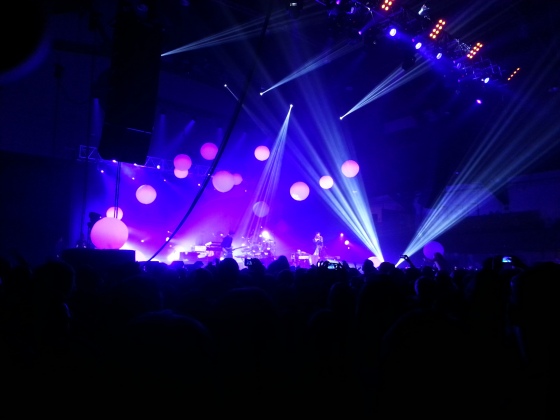 Well if Will Call is done correctly the line shouldn't be that long... they should know how many tickets but maybe they way the place is set up they can only have one window ?

I am so obsessed with this song and I really have no idea why. I think the beginning reminds me of a new order song I like. I added the ability to embed spotify songs in estrip blogs. Just right click on any song in spotify, choose "copy spotify URI" then just paste it anywhere in your blog. It looks like

They have needed this for so long. There was nothing more annoying than going the square or the harbor and not being able to get around row after row of lawn chair when you wanted to see the music. It still works out for the chair people at the harbor because there is plenty of room for chairs on the middle lawn. 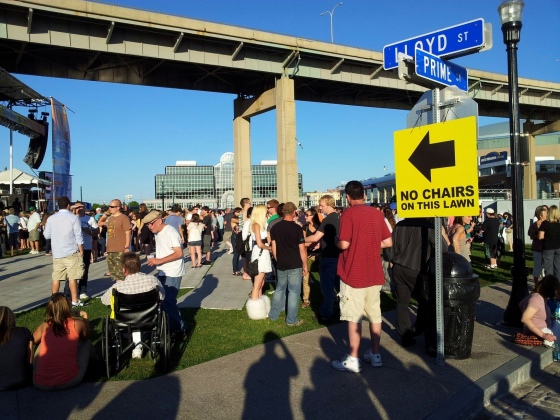 Yes now I do see the wheels Just thought that was the side of the chair.... That could be different but interms of going around it would seem to kinda be the same thing.... But not sure if that lawn is the one they mean :) ?

That chair is a person in a wheel chair. I think that is different.

Went to a show last year and thought it was a good idea ..... Not sure if it is set up the same or not this year..... I quickly notice 2 things.... There is a chair on that lawn but not sure if that is the one that they mean... And those hot but weird boots on the blonde....

Went to go so PoliÃ§a in Rochester last night. The band was pretty awesome. I just wish the show was in buffalo instead. 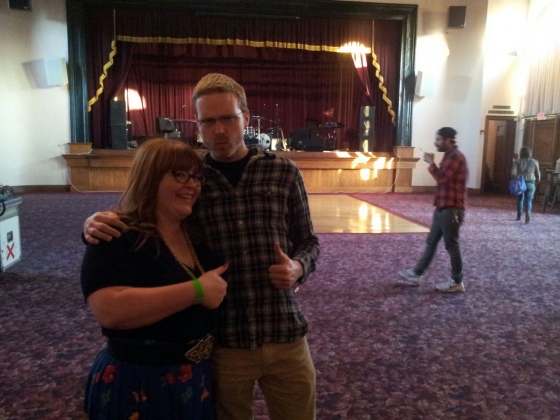 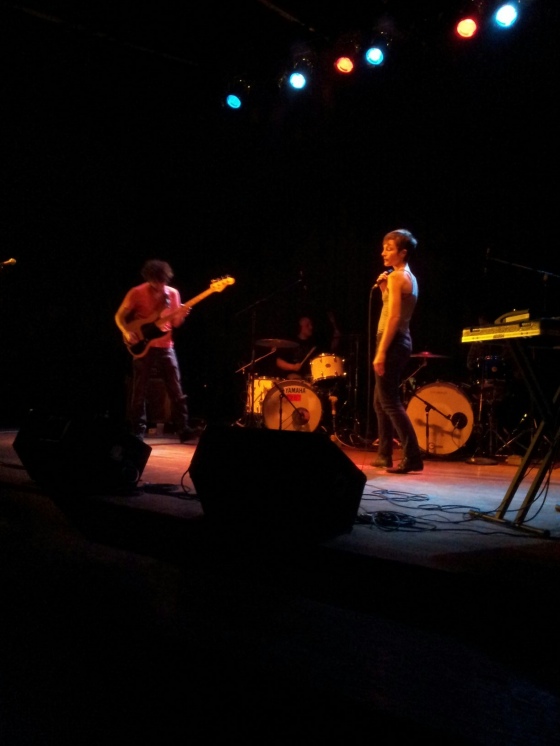 if you didn't know next to the blog there is a camera so what ever picture you posted didn't show up.......