The photo from the 2003 journal is missing ;( (e:paul,30581) but back in the day we did raise money for the homeless by having a sleepout. I think we were in 6th grade. 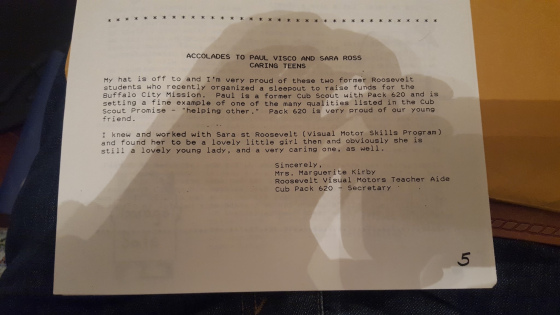 Look at that pot hole. I feel like baby Jessica 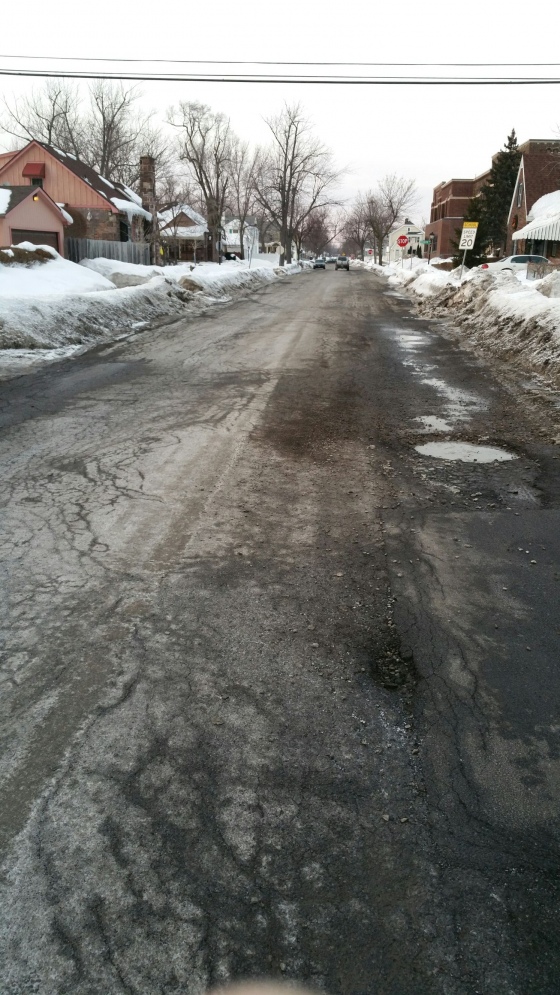 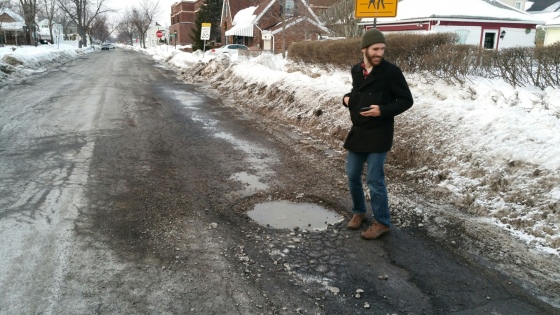 That's Roosevelt on the right, yes? Facing from your folks' place?!?

(e:terry) and I were in Kenmore the other day when he commented on how large the lettering is on the new road signs there. They are at least twice the size of before. He said he thought it was perhaps due to Kenmore's aging population. I think he might be right. 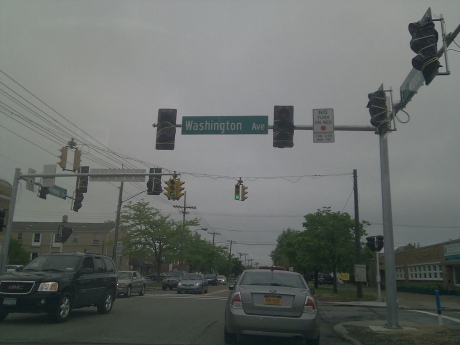 I see they have the federal Mandated Up and Lower case signs ...
I think the big sings are for car traffic since they are higher they should be bigger..... At some point Buffalo went to all capitals and then the law changed saying that signs are more readable if Only the first Letter is a capital. ......

I love big signs because I am terribly myopic and somehow never got used to wearing specs.

At the denist in Kenmore

Totally unrelated. Yeserday, I was in Kenmore for the dentist and I tooka couple pics of the trip. Yes, officially pet lover's paradise is closed. It looks like it was closed for a long time and i just never noticed. Does anyone else remember the monkey from in there that everyone said hey gave lsd too? Was that an urban legend or can someone substantiate that store. 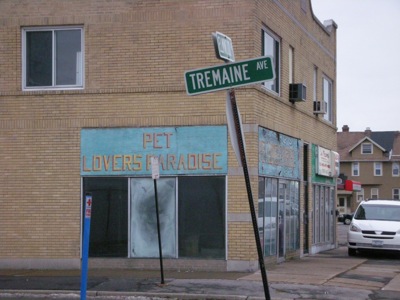 The one thing about Kenmore is that everytime I return I am awe struck by its natural beauty. 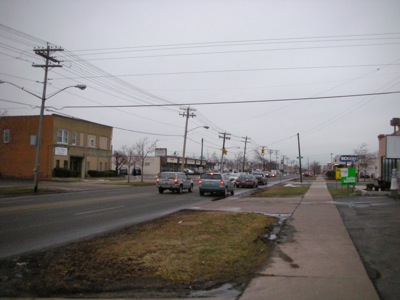 I swear there used to be a lot more trees, right? It just looks so paved now.

Hey don't pick on K-ville! It ain't easy packing all those people into one square mile.

Seriously, I think this video says it all.

Oh Phil. Still up to his old antics..

I want to teach in Kenmore west now!

omg!!!! wow, kenwest has come a long way, or stayed in the same place. so many gays, so little time..

When reading the local news tonight after my third ~twelve hour day in a row, I noticed that there was a shooting in Kenmore way back on April 4th. The drive by shooting actually took place in North Buffalo across from St. Joe's on the Kenmore border. I guess I am just really behind the times. I like to think when I was younger stuff like that did not happen around Kenmore, but honestly, I am not sure if I was just young and isolated.

I am amazed at all the comments on it

MONTY MASSIMI IS MY BROTHER. HE WAS GUNNED DOWN IN COLD BLOOD BY COWARDS WHO SET HIM UP AND ARE ON CRACK. HE LEFT BEHIND A BEAUTIFUL BABY BOY AND FIANCE. ANYONE WITH INFORMATION REGARDING HIS MURDER AND THE 6 INDIVIDUALS INVOLVED PLEASE CALL THE DISTRICT ATTORNEYS OFFICE ASK FOR SEDITA . MY FAMILY IS POSTING A REWARD IN THE BUFFALO EVENING NEWS THIS MONTH. PLEASE HELP ME BRING THESE SCUMBAGS TO JUSTICE!!! THANK YOU. WE KNOW WHO IS INVOLVED AND NEED ALL OF YOUR HELP AND STATEMENTS .IF YOU LOVED MONTY AND HE EVER HELPED YOU NOW IS THE TIME TO HELP US!!!!! THANK YOU

I can't even imagine if my brother (e:mike) was gunned down on the Kenbuf border.

if kenmorons have street cred, i think (e:mike), (e:jill) and i have the most, since we never abandoned the heartland. well okay, i guess i did for four and half years...but i always came back! good old kenmore...classy all the way.

how horrible! As a fellow Kenmoron, I think we should pass that off as a straight up buffalo shooting. Kenmore doesn't have shit like this going on; only buffalo does.

No matter where it happened, that is so sad. sign of the times.

We Kenmorons are finally building up our ghetto street cred. Looks like we might be turning into "North Buffalo Lite" after all?

Holy shit! Jacobi's is right around the corner from me, but I didn't see or hear anything about it. When they were renovating the place, old man Jacobi used to come into Curry's all coked up. I bet he's a mobster and he was all strung out on PCP. This neighborhood's going to shit, and it's time to move to Lancaster.

um i'm pretty sure it wasn't random and was mafiaish type thing related from what I heard. People don't get gunned down in their cars outside of Jacboi's randomly last time I checked.

First of all we did not win a fish. 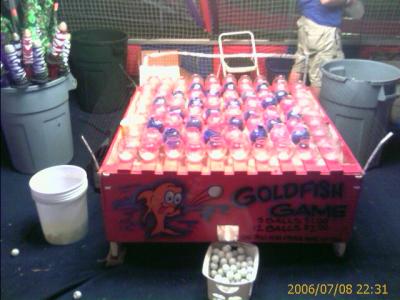 Secondly, this wa sthe best fireworks display I ever saw. It went on for a full in your face half hour.

yeah- way better than the lame fireworks we had here! Best I ever saw though were DC on the 4th. Choreographed to patriotic music and stuff- gave me goosebumps.

[inlink]uncutsaniflush,19[/inlink] (e:uncutsaniflush) . I hope you really don't think that people are thinking you aren't cool enough or not young enough!! The average age on the site is over 30. I sent you a couple messages about the screen shot asking you if you had a picture of the entire console, like the other ones. In the message I said, if not I would just include the screenshot. It is my fault for saying screen shot in the email. I got a couple others, like (e:shawnr) and asked him the same thing.

[size=m]The important part[/size]
Anyways, onto Kenmore. I lived there from age 1 to age 18 and I have to say it seems sort of like living in some sort of twillight zone episode police state. Not to mention how incredibly cancerous it is [inlink]paul,395[/inlink]. Check out the stats on the epa site or just search it out here.

If you are to leave Linheaven, I would suggest North Buffalo over Kenmore anyday. The hertel area is pretty nice.

In case anyone was wondering where it went. Plate-oh has moved to Kenmore but is till on elmwood. It's now located in the plaza at Henderson and elmwood. Prices look reasonable too.

[inlink]maidencateyes,154[/inlink]
(e:maidencateyes) , lots of us went to kenmore middle:
(e:rachel) , (e:paul) , (e:lilho) , (e:iriesara) , (e:hodown)
(e:haikuster) , (e:mike) and prob a bunch I am forgetting. I would say it is a nice school. Definately nicer than anything in Niagara Falls but really it's een so long anything could change. I mean Kenmore just had a driveby [inlink]mike,249[/inlink], right?