This is totally inappropriate for most everyone, just stop here, unless steamworks sounds familiar. No, not the real thing, but the one in second life. Apparently, they have everything there now. 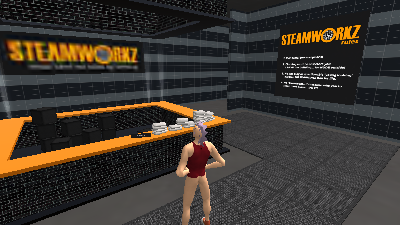 Sadly, I had no penis so my adventures were pretty limited at first. I did ,however, bring my pet tortoise. 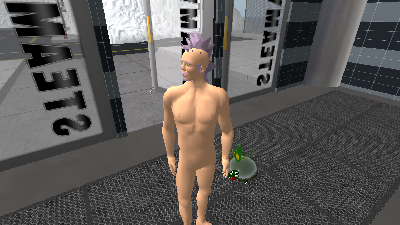 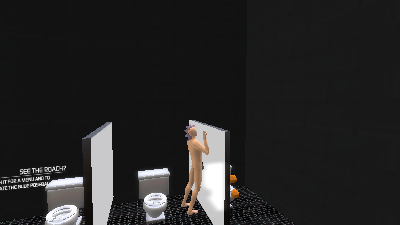 Those other guys had penises and told me where I could buy one. 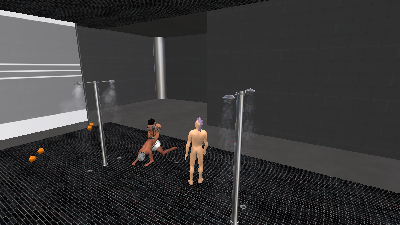 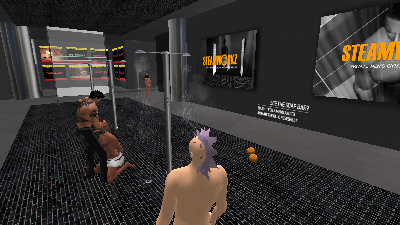 BY the end I decided I needed a new badass look. I got a black vest from a store in boystown and a penis from the penis dealer. 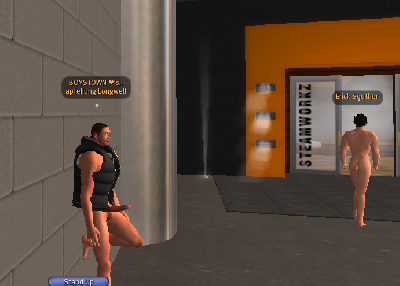 Needless to say I followed him into the sauna 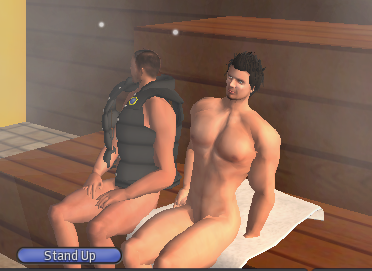 hmm. i had commented on this and then when i clicked on nothing came up. now other comments are there but mine isn't. did you ever see them paul? it was about mustaches.

Another example of art imitating life. 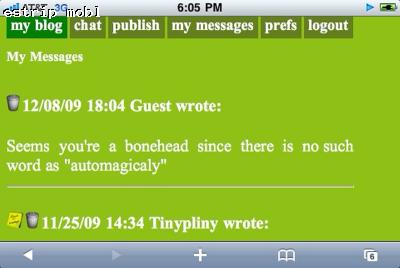 I think the guest is a bonehead. (e:jim) is not alone. PCMag.com thinks that automagic is a word :::link::: Automagic is also in the Wiktionary :::link:::

Should be a way to automagically poke someone in the ribs hard if they have no better things to do that hang around and write nerdcore messages.

someone wrote you that? lame.

and I love that word!!

I haven't had any use for it yet, but I had seen (e:jim) use it elsewhere not too long ago.

I use that word all the time!

The end of the world?

It looks like walgreens us getting ready for it. I keep just
imagining hordes of half zombie humans trying to get to the last
remaining supplies. 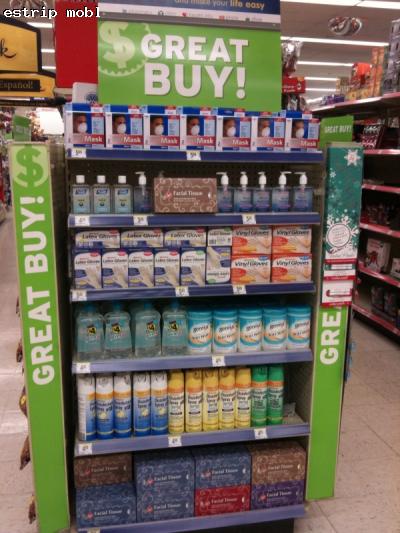 It reminds me of the Y2K survival kits they were selling back in 1999.

terrifying. What the hell.

And honestly, why would you want tissues and hand sanitizers (and is that an air freshner spray?) when the world ends?

Do you think the world would be taken over by the Eloi?? :::link:::

MUST. GET. TO. WALGREENS. NOWWWWWWWWWWW

Standing on the edge of life

This rock is somewhere in Norway. I would never want to stand on it.
If we went there (e:Terry) would surely make me stand in it. I think
I'd rather just wait till we are old and tell people that is a picture
of us. 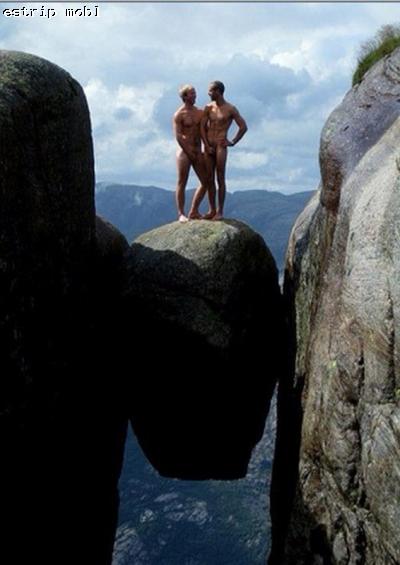 haha I thought it WAS a picture of you and terry.

You mean that's not you on the right?!


and YIKES. That looks absolutely bonkers.

I Miss Being a Cellphone Single

Back in my cellphone bachelor days, I switched plans on a whim, I would try a phone for a month and drop it if it didn't perform as I wanted or I would use three different phones at the same time, and always use unlocked phones. Then I get tied down to contracts for the iphone. To make it worse when the new iphones came along, I convinced (e:matthew) and (e:Terry) to take my old ones so that I could get the newest ones - infinitely extending my contract into eternity.

that is sadly only on tmobile. For me tmobile would be fine because they have tmobile 3g in Buffalo, I never leave like a ten block radius alone and the phone also does wifi and can be tethered to another phone. If I switch then they would lose their discount and we couldn't share minutes. Maybe the phone will just come to AT&T at some point. I wish America 3G could just be standardized on one frequency.

Heh, while you talk about t-mobile 3G, I am still on prepaid minutes and have around 30 minutes that are carried over every year and even that seems like a bit too much - because I seldom talk over phone.

It's some crazy ADD thing because after 10 minutes of phone time, I can no longer concentrate on what the other person is saying.

This place at the galleria had ethnic goods from every culture
worldwide. The interesting part was that most of them were made out
of natural materials, the prices were way cheap and that every single
thing was made in Indonesia. There is something so totally weird
about having all these things made by a culture other than the native
corresponding one. 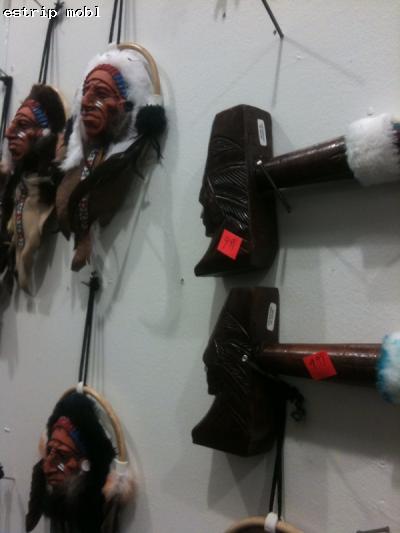 At one time there where two of those places at the mall, but that was years ago. They had some really cool stuff there that I wanted well if I had the money but can't remember what it was back then, they also had like religious stuff like Buddhas and all kinds of things. I have to ask when you where there did you eat at Steel Crazy , They moved there from their spot on Elmwood. I have a feeling they do a lot better at the mall then where they were, that is a tough corner.

The $300+ dollar one was as tall as me, the picture is deceiving. The little ones were cheaper.

Do you remember how much were the elephants in the picture? 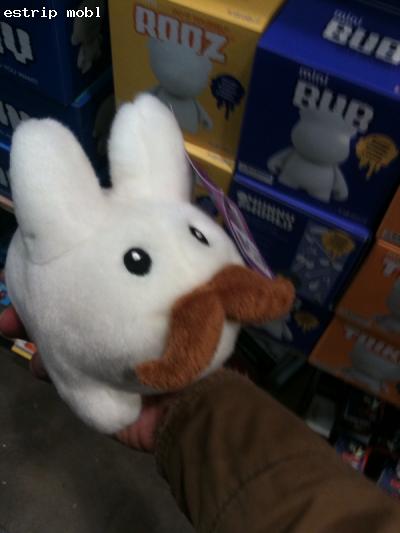 i think he does need it. just to spite you.

Paul- you do not need a bunny w a matching stash. No.

Shopping on the boulevard

Went to best Buy to buy my Mom's christmas gift. While there I checked out the new nokia 3g netbook. It runs windows 7, or should I say, it should run windows 7. Instead it had the windows safe boot screen.

First of all I can't believe that it was at that point already but more so, I can't believe the microsoft programmers had not updated that part of the OS. It really needs a new look if it is still happening all the time.

To make it worse, after starting up in normal mode, the screen was upside down so all the movements on the trackpad were reversed. 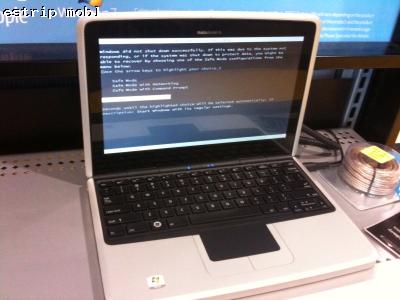 The build quality of the netbook itself was pretty nice. I really liked the keyboard and that it had HDMI out. I was my mac mini had that.

which is the "not phone" (nokia n810) I used to have but with 3g built in. It was sorely missing that before. Its pretty much my dream phone. 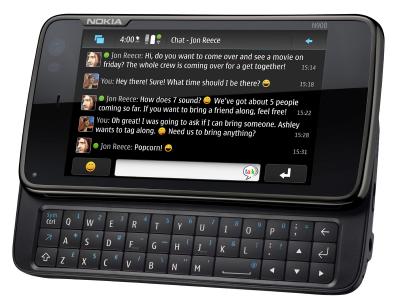 A linux computer/phone with keyboard that is totally open but I am not in the market to invest another $500 into the nokia tablet craze. I already had the n 7710, the n800, and the n810, each of which cost more than $400.

I guess wii is not that popular anymore. I remember I couple christmas' ago when I actually wanted one and there were none to be found. Now it just seems a little outdated to pay that much for.


We also stopped at some xmas store that had so much ridiculous and tacky xmas crap. The craziest of all were the vehicle xmas costumes.

Its weird right? Costumes are not a christmas thing nor a vehicle thing. Who the fuck thought to match those two up. Is it a halloween leftover?


We also got our tree, I am sure (e:matthew) will post all about it. 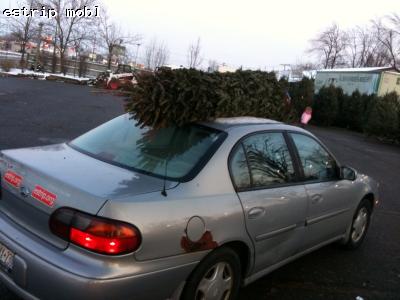 Arg, the n900 only works on tmobile 3g which puts it out of my range right now, even though buffalo does have tmobile 3g. Maybe I should just switch seeing as I have a new blackberry on verizon coming anyways.

I have seen those car antlers and rudolf rednoses before - on my former hostmom's car in 2006! o_O

Where will it end?

I can't get myself to cut the stache although it requires an
inordinate amount if trimming and care to look this awesome. 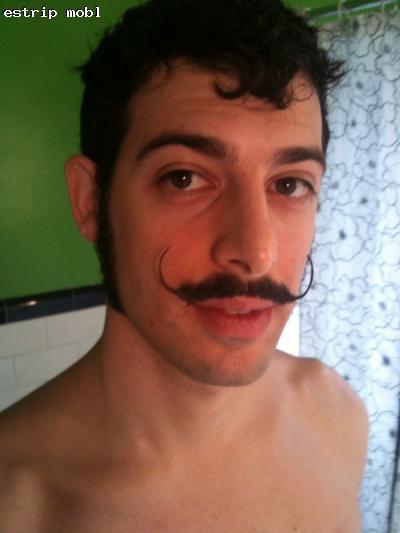 When one is a pygmy every random centimetre everywhere counts - especially on gorgeous moustaches!

You are such a size queen, lol.

Oooh and I love the sideburns to go! :)

You get more handsome with every centimetre! :-)

wow. i say go for some sort of guiness world record.... have it never end!

It's actually the end if a nitrate free hotdog, but damn if it doesn't have lorena bobbit writen all over it. 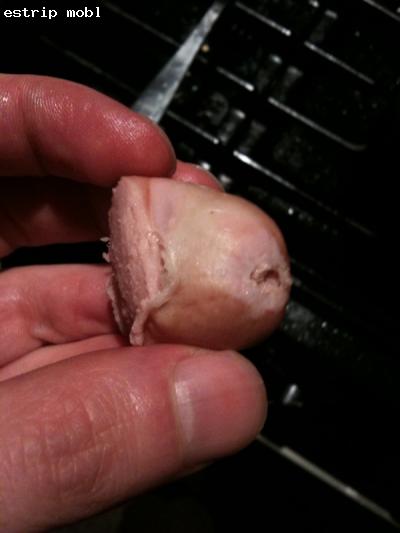 Oops I had forgotten to add the pic before