Genre One
This get genre
row genre one

That is like the most codiest poem I have read. Believe it or not it turned up in one of my searches for an insert (imputation) function for R. I was all like "What?! that is (e:Paul)'s journal!" I come here and lol, this was a hoot.

has mind control abilities. I hope it goes somewhere. 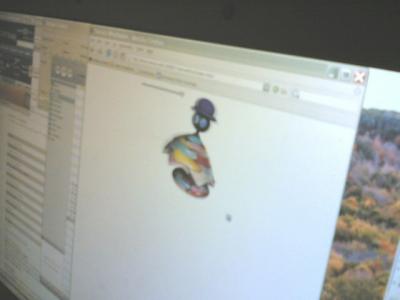 WHo are we really?

NATO yesterday dismissed a United Nations request for a second Berlin airlift to help hundreds of thousands of earthquake survivors stranded for two weeks in the mountains of northern Pakistan.

Helicopters are the only means of getting supplies in large numbers into the Himalayan foothills of Pakistani Kashmir and North West Frontier province. Earlier this week, Jan Egeland, the UN's emergency relief co-ordinator, called on NATO to mount a massive airlift on the scale of the 1948-49 airlift to the beleaguered people of Soviet- blockaded West Berlin.

However, a NATO source said: "There is no question of the alliance doing that. That was Berlin after World War II and this is Pakistan now - there is absolutely no comparison.

A day's worth of factoids

The person that got that job I applied for last April didn't even have the degree required.

I went to the Alrbight Knox fo the show tonight. We missed the outdoor show.

We are eating scallops with pot stickers.

I am gay and dating both matthew and terry, This has been how it was for about five years.

I am ready for the brainstorming facilitation at noon.

Wearing a tie is fun.

I am going to write the end of my thesis this week and put the past behind me.

I don't know what you are talking about, i just live here cause it's cheaper rent than living alone.

I was hanging out on elmwood today with (e:lilho) and (e:terry) and katie when we saw (e:mike)'s car by (e:jason) and (e:joshua)'s house, so we called him. Him and (e:jill) were at blokbuster. I hadn't been in a blockbuster in a long time. It reminded me of when i worked there as a young aduly.

I was officially the worst eployee because I know nothing about movies. I had only seen like 10 in my whole life at that point and people would ask me all sorts of questions. For examle, "yu know that movie about the girl with long brown hair?" People seriously expected an answer to those kind of questions. I always referred them to "the book" or suggested the movie in closest reach. I was so bad at that job. The carpet today gave me flashbacks.

Ironically that was my second bad viacom job. The first one I worked at a sports store witin King's Dominion theme park. People would ask for specific team stuff. I woukd always ask dumb questions like, "tell me, is that footballl, baseball, or hockey?" They hated me. 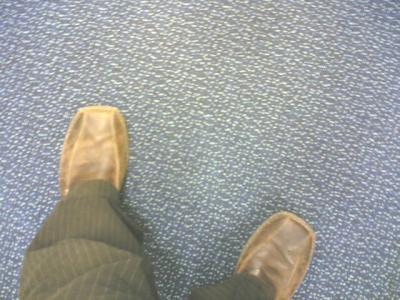 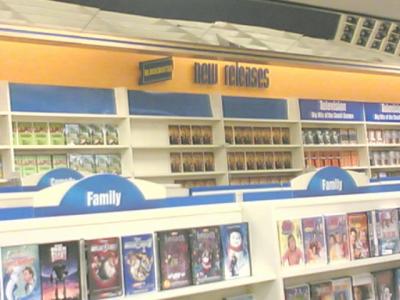 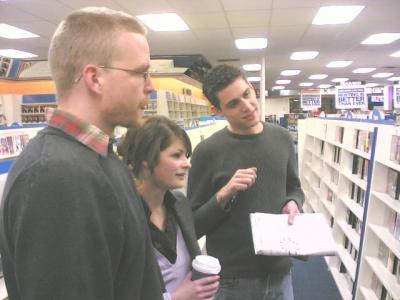 Cool. I now have a fair estimate of when I might get all my answers. Cheers! ;-)

did you really just respond to that comment THREE YEARS later?? haha

I somehow missed (e:joshua)'s comment here. Those shoes were so comfy. I wore them till they fell apart. It was like wearing slippers with a rugged leather exterior.

That hair comment is funny. That takes me back to &quot;Clerks&quot; I really need to rewatch that again. Not knowing what sport a team plays is funny to, sounds like something from a comedy show or movie that would never happen in real life. Some store uses those bad questions in there add where the sales guy talks about the movie they are looking for, yeah like that would ever happpen.

Are those shoes comfortable?

I found this link to something one of my intro students made a couple semesters ago. It is not very sophisticated or high tech as she was just a beginner and it was only a weekly homework assignment. In fact, it reflects no level of critical art making but it satifies some part of my brain liek crack. I must be something about the melody. Definately seems like something from a comic book story where the super villian takes over the world by playing some sort of tv mind control show. It probably makes the same noise as a toy from when I was a kid. Visit the page

and you can change its hat color using the slider or click on it's hat to make it play music and animate. 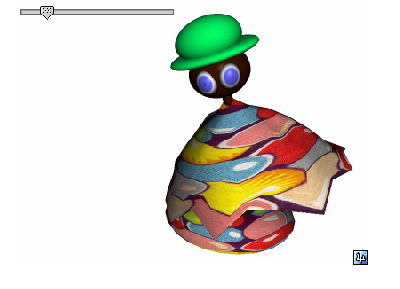 For once I'm at a loss for words.

Seeing as I car share with (e:terry) I rarely have the car. He takes it most days (pronounced everyday) and picks me up at night. Since we have known each other he has taken the public transportation to work maybe 3 times. Not to say that I take it everyday, but I do a hell of a lot more than he has. He says its because his work is in cheektowaga. I suppose that is reasonable but to get to UB north campus I need to take the subway to the bus to campus and then walk a half a mile to the CFA. Going to Canisius isn't so bad but the subway takes longer than walking and is scary. Waling takes about 30 minutes.

The real champion here is (e:Matthew) who has walked to a from work everyday since I have known him for four years. Be it at 7am or midnight, he walks just about everywhere all the time. 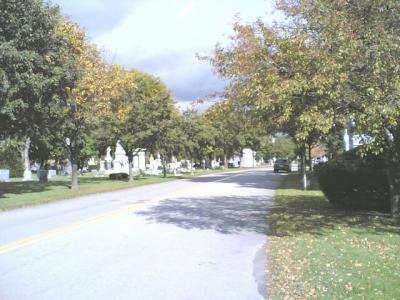 But the real point of my story is that I walked to work twice this week and it wasn't so bad considering it is not too cold out yet. I do hate walking from West Delevan and Linwood to Main street and over to Lyons Hall. I wouldn't do it at night but honestly, the whole thing feels much safer than the subway stop near my house. I am so scared of that corner and the subway. People are either super mean, on drugs, or overly friendly to the point it scares me. Like the one time when some random wasted dude put his arm around my neck to tell me I was his buddy and we should have a beer together sometime. I thought he was going to kill me. I kin dof wiggled my way out and then he asked for my address. I lied and ran away. I think they find me because I am always carrying change from the candy automat at school. I don't do that anymore. 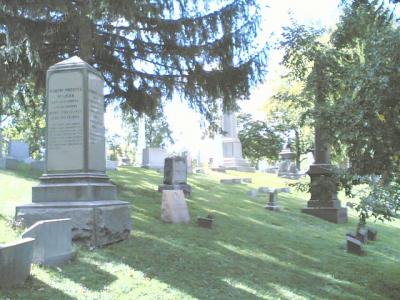 I cna;t tell you how many people I have helped get that $.50 they need to take the bus because their girlfriend abandoned them bit. Or the woman who need to go see her baby over somewhere far away but just needs some gas money, etc. Taking the subway actually cost about triple the amount of a fare for me. I guess I could just run all the time, but then I feel like an even bigger jerk. 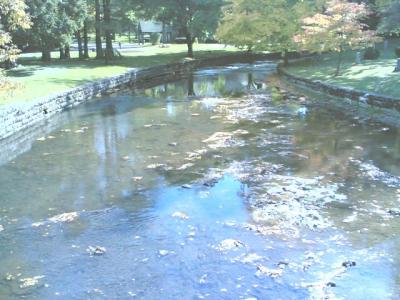 Anyhow, I am so done with the subway for now and I started walking. I doubt I will like this in the middle of the winter. I like walking through the cemetery because it is quiet and a pretty. A little out of the wat and a little weird that it is full of dead people but at least dead people won't steal my stuff or talk to me about tap dancing (another run in on main street.)

What was the Verizon truck doing there, in the middle of nowhere - someone taking a break from work? 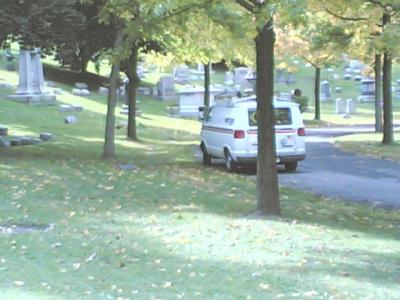 Some doctor did not need this anymore because I found it on the corner of Delaware and west delevan in the rut on the side of the road. 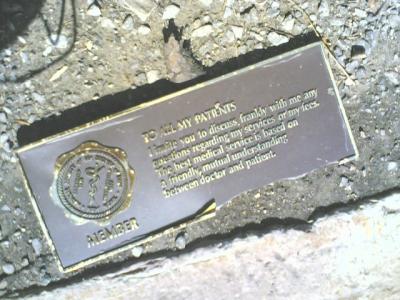 . Click on submit memory beta once you are at the site. It is a link at the top of the page. I will be adding a lot of new features in the next couple weeks. If you add a memory to the beta site, make it a real memory or delete it when you are done. 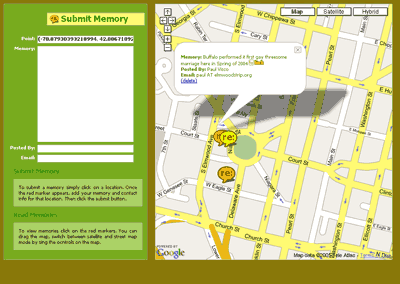 To add memories, click on the map and then fill out the form on the left. A memory marker will remain there with the information for future visitors. You can simply type links like on estrip in the memories and they will turn into link icons.

The map is simply google maps, so use it as you woud use google maps.

I loved this project. It had such potential. Maybe I should just retire early and become an artist.

Has anyone ever tried Amy's Soy Cheese and Macaroni. I accidentally bought it when trying to buy Amy's Organic Rice Macaroni and Real Cheese for (e:matthew). Unfortuneatly, I bought six boxes. They all kind of taste like glue mixed with mustard. 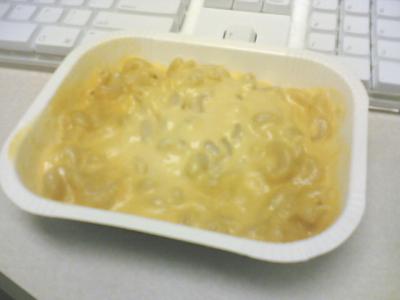 Why the killer gates at the cemetary? Is it to stop grave robber? 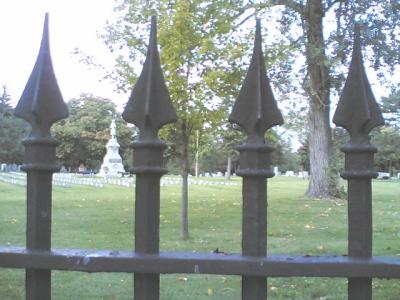 I've heard it's because people are just DYING to get in!!

Instead of being dependent on the oh so fogetable and expensive proprietary stylus for my nokia pda phone, I have decided to grow out each of my index finger nails. It makes typoing with the touchscreen s snap even if it look really strange. (e:hodown) told me it was gross and then proceeded to try and bite it off like a rabid dog. Someone else told me that some gang does something like this. Maybe I should start my own smart phone gang. 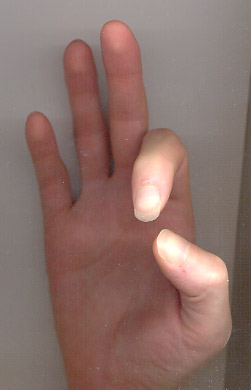 On another note George Johnson form buffalo Rising wrote me the best recommendation letter. It was really nice of him. We are supposed to meet tomorrow to discuss some sort of AJAX RSS calendar. Sounds like fun stuff.