Everything sucked today. I realized in so many ways that I am not a cyborg genius, but rather an average mortal. I don't think I can keep up with Communications 630 - ICTs and Social Change. To tell you the truth I didn't even know what ICTs were before last night.

We talked about epistemology [dict]epistemology[/dict] , axiology [dict]axiology[/dict], and ontology [dict]ontology[/dict]. To be honest I was only familiar with ontology, and even with that one, just barely. I am definately not trained to jump into PHD level communications. Not because I am an idiot but because I have not developed the vocabulary to allow me to do this. It is no different than trying to jump into a 600 level physics course. I just don't have a background for it.

This still leaves me with the dilema of having to take to more classes outisde of my department before I graduate.

Teaching was also not so great for once. I had planned to have a five hour period to prepare for class today from 1-6 PM. Unfortunately, the software for my class was improperly installed and I spend the entire 5 hours, locating the software and installing it. It was such a pain because I had to entire the admin password about 500 times in order to get it all working. By the time I was done the students were walking in and class began. It made me really mad.

I was going to show how to make these boots, but I forgot all the files.

Well, it's really happening. I guess I will be staying here another year as is indicated by my parking pass which expires in 2005. 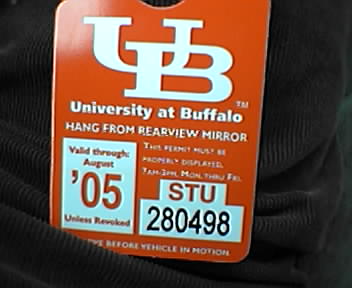 Just say no to CT scans

from the Times Of India

"Our research provides definitive evidence that radiation risk is associated with full-body CT scans. The radiation dose from a full-body CT scan is comparable to the doses received by some of the atomic-bomb survivors from Hiroshima and Nagasaki, where there is clear evidence of increased cancer risk," said David J.


I guess it should seem obvious that this is the case. I hate x-ray and x-ray type devices. The dentist has been trying to convince me for years that I should get a head xray. I told him I would rather rip my teeth out.

This fear started in 1997 when I got a full chest xray for an injury. The nurse helper ended up making a mistake and they had to take a second. Later on I asked the doctor about it and he said its not good to have two. I was thrilled at that point. I ended up developing super p[owers, but I don't think they were worth it.

your last one too. Or it will be a little chin music for you mister!

How ironic is it that I wrote this back in August of 04 and now I have had no less than 3 of them.

I would like to start a social action committee with people from the site. I think we have a lot of people power and ideas to offer, not to mention that we could have fun documenting the whole process. However, I would like to us to do something that would enrich the community or the environment and doesn't cost money or involve politics. I know that sounds hard to accomplish, but I don't want to have to beg everyone for money like (e:haikuster) and her run for AIDS campaign. I also don't want people to assume that our action is based on political propaganda.

If it were the beginning of spring I would suggest that we volunteered as a group for Habitat for Humanity. (e:matthew) says the the Great Lakes Cleaup is coming up soon on September 18th. Maybe we could do that? One year some of my friends and I helped cleanup Buckhorn state park on grand island. We could do something else as well. Something to help poor people? Any ideas? Any volunteers?

[size=m]Indian Dance Party.[inlink]chaibiscoot,33[/inlink][/size]
(e:chaibiscoot), do you have cats and dogs. I am very allergic to them. If not I vote yes. (e:terry) and (e:matthew) vote yes either way

[size=m]Elmwood Pets[/size]
I attended a trip to Elmwood Pets Supplies with (e:matthew) in order to get some crickets. I am glad I went because while I was there I met Sara(h), who I think will be the newest writer on the site. She thought I worked there and asked me about the deal on Fishtanks. 55 gallons for $49. I asked her what she had and she told me that she wanted it for her turtle. I told her about Basra the tortoise and then we talked about Coffee & and writing. She said she loves to write and then I told her baout the site. So if this is you Sara(h), it was nice meeting you and tell me, how do you spell your name?

Back at the CFA

We are back at the CFA, both (e:holly) and I. It is the same hospital-like atmosphere here as it was last semester. I am so glad I don't work here.
I feel like my work here is really going to come to an end soon. 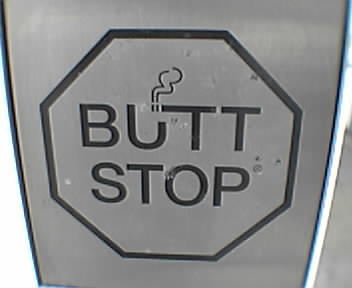 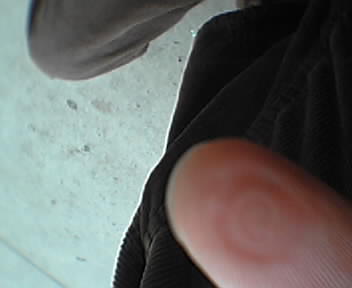 The elmwood art festival had really bad music today. I will put it on the radio so you can hear it. My favorite was Beer makes you fart, and drinking is an art. Th guy who was singing most of these songs really was bad . Hr followed a an entire day of honey-tonk and bluegrass.

I really got side tracked this weekend, both getting ready for school and celebrating (e:terry) 's birthday. I fixed the stylebox so that it inserts styles where the cursor is located in the entry. I also added the weather box so you can check on local conditions. If you have a smaller screen scroll right, it just to the right of the Last 12 list.

What's Up for the Festival

So people are coming to the estrip headquarters tomorrow for Terry's actual birthday, but instead of the usual nighttime party, this one will be during the day for the festival. The stage is right outside our house. Stop by and chillax [search]chillax[/search]

On another note [inlink]metalpeter,96[/inlink], I think those are great ideas. Now we just need people to implement them. It's a weird issue, but I made the site in order to make sharetheir local community experience and if I direct the advertising, then inevitably, the people are somewhat targeted by my taste. I would like to see the site expand in a direction where it is slightly more diverse. While our male/female ratio is quite balanced, we don't seem to have much other diversity. How about some spanish speaking journals. We can all translate via the babelfish.

It would be easiest if everyone made their own advertisements. We would end up with a lot more people, and most likely, a lot more fun. Maybe it should be a competition for the most creative/ sucessfull type of advertising?

(E:hodown) , it is not the protessters who are to blame. Blame the republicans for making the convention in NYC.

The protesters are not just going to have a fun time. They are going their to voice their opinions and opposition in the most public way and to show the world via mega media outlets that we as americans will not longer stand for George Bush's war mongering jingoism. Its something our country was built on.

By getting mad at them, you are doing the same thing your boss did to you.
I can't believe you really feel that way. What has happened to jessica, the not corporate robot version, I want her back. New York City is eating your soul. Did you ever think NYC was going to be an easy place to live. You moved there after 9-11 and worked next to the giant hole in the ground. That hole in the ground was the result of policies made, like those of our current administration. You can't just idley ignore the world. The protestors are working to try and make it so we don't have more attrocities like this in the future.

NYC will never be free of this type of drama. You should just leave if you can't handle it.