After a bit of wrestling with this mobile video format crap and not having any google to help I finally unconvered my problem. Now .mp4 even with .amr audio works and converts into flash video. Fixing up the crappy player I stole is the next step but seeing as that is dynamically added I can go ahead and start blogging videos from my phone at last.

Google Was missing for a bit

Apparently, this happend before

but it scared me.

is this weekend. I want to do new estrip street interviews (e:news,332) like we did in 2004. Anyone want to be the interviewer. Maybe (e:jill) again?

looks nice, although I am not a big fan of flash spalsh pages but then the inside is a mess. They would have been better off just having a myspace, lol.

Remember the flyers for pride last year (e:paul,3395) . Too bad I barely handed any out, no pun intended.

I got this great pic of true buffalo ants going nuts over spilled blue cheese on the warm concrete. 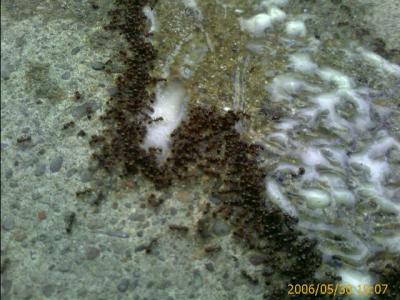 What was this place with the chesseboard tabes out front that is in such disrepair on Franklin next to the Hamlin House. 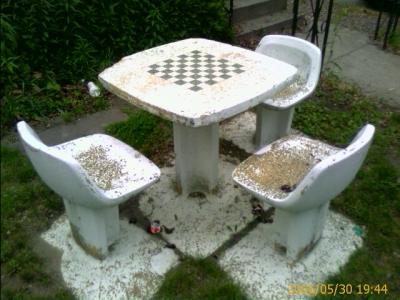 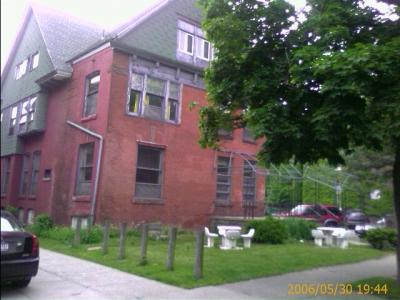 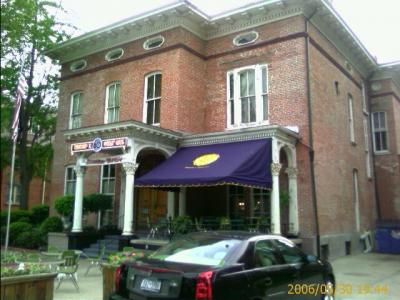 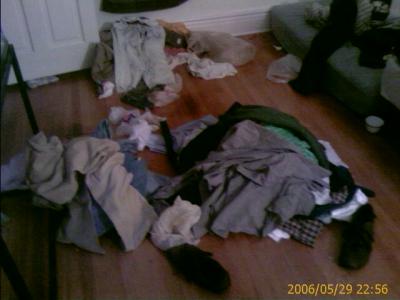 Soem of them were not even good enough for salvation army. 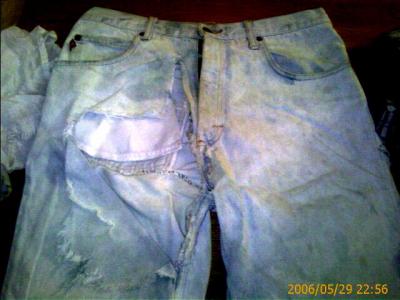 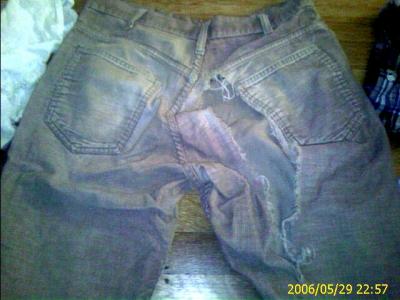 Tony I found the pic of one of those giant hamburgers you were talking about. 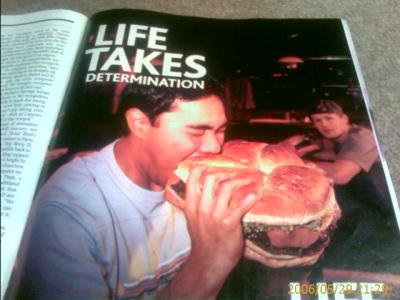 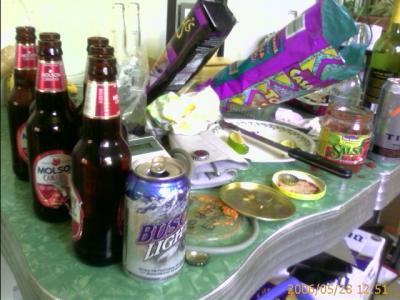 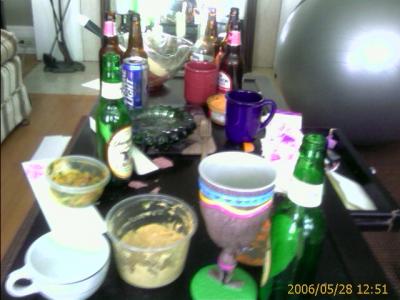 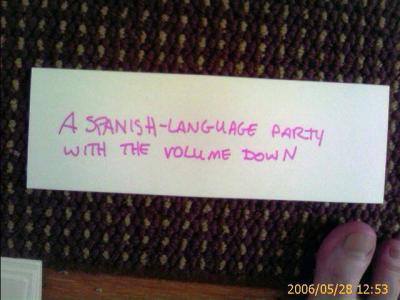 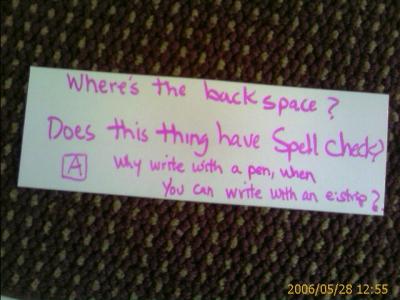 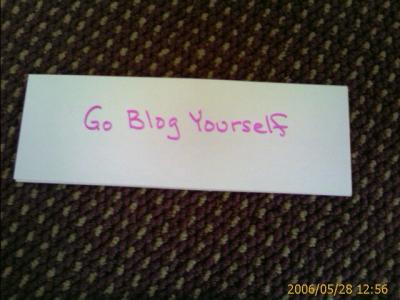 I used to play checkers on that chess board with one of the dishwashers while at Mom's!!

Orange is the new pink!

I had no idea how much fancy was in stonewall democrat. Here they have a giant fancy tent set up in the plaza outside where (e:hodown) used to work. The place across from the golden somewhere they have ice skating in the winter.

I hated working at HSBC but some part of me really misses the culture of downtown buffalo business daytime in the summer. It is constantly bustling with people and stuff to do. 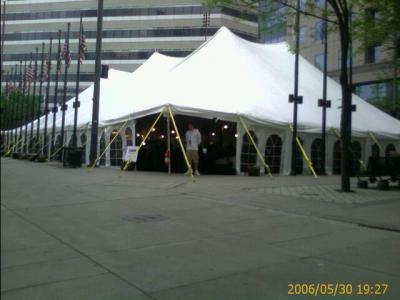 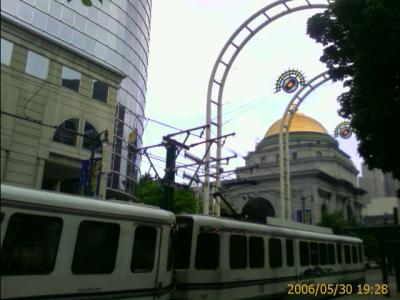 By the way gay pride is this weekend. I want to do new estrip interviews. Anyone want to be the interviewer. Maybe (e:jill) again?

Roswell had a little party at Pearl Street Brewery tonight in honor of the launching of the electronic medical records system. There was so much tasty food. Chicken fingers, artichoke hearts, mozarella balls, chicken wings, nacho dip extravaganza and an open bar.

It was well worth the walk over here. It started with the DaVinci code and now a coworkers asked, "Do we believe in god." Where is this gonna go? 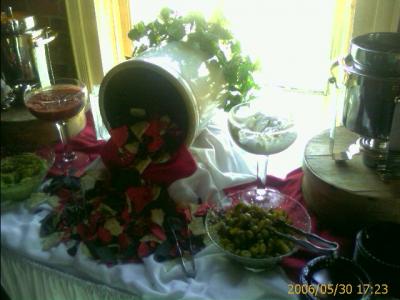 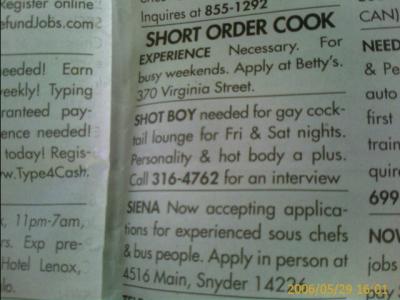 Hiking at Zoar Valley and Xmen

We went hiking at Zoar Valley followed by seeing Xmen and going to sleep. Sorry (e:robin) that I didn't see any of your messages, I thought you would still be around today. Hope everything goes good on your trip down south.

Zoar Valley was nice as usual, there were a million people to the point where there were no more parking spots in the Point Peter lot. I was so summery out, actually warm enough to swim around in the creek. I didn't bring my phone so I didn't take any pics but matt brought his camera. Hopefully, he will post some pics. I stole this one off his camera. 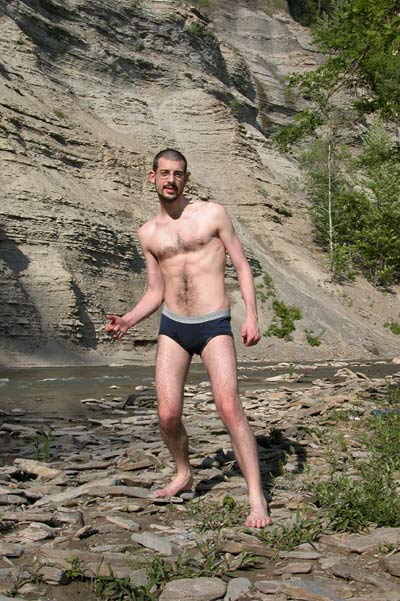 Afterwards we went to go see Xmen, which was the worst piece of crap movie I ever saw. I mean generlaly I hate movies but then I went to see V for Vendetta and thought it was pretty great so I decided to give Xmen a chance. What a waste of $30 for the three of us. I prefered the stupid Silent Hill movie. At least it had a plot. I would never watch another xmen movie again. Special effects do not substitute for the plot of a movie.

Sunday, we were too bagged to do anything like hiking... you guys are so much more used to the late nights than us old folks...

Went hiking today, though... after a day of rest. lol

Made a quick trip to wegman's in order to pick up some food for the week. I was also out of protein powder and cliff bars.

While we were there I decided to check out my blood pressure which is normally extremely low. Seemed a little high but I tested it again two minutes later and it was normal. I don't trust that machine but I do want to know why my bloodpressure was like 10-15 points higher than usual. Is it that cholestrol laden protein powder? 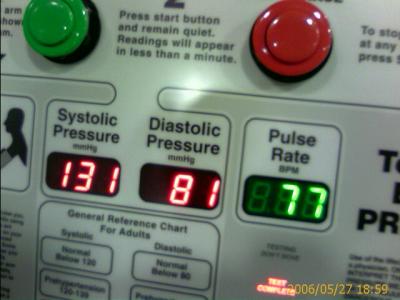 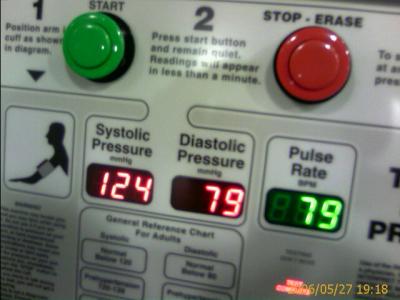 Does anyone else go grab a magazine for the checkout adventure? This time I grabbed mobile computing magazine which I paged through with the equivalent passion a suburban fervor teenage girl has for a fashion magazine. "Will I still look nerd trendy enough with my laptop and phone through 2007 or do I need a (insert explicative) model to maintain my geek suave."

In the magazine I saw disney is making cell phones for kids that allow the parents to track the children from their phones. Two words: creepy and cancer. Those kids are gonna have brain tumors the size of lemons by the time they are 15. 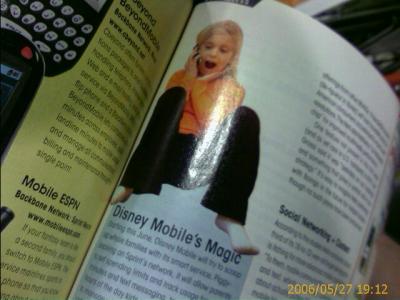 Thanks to everyone for coming to the party last night. Who has pictures to post? I think everyone was quite thoroughly inebriated which turned out to be fun. I stayed up with the squireels, (e:robin) and soon to be epeep sarah-paul till about 5am.

Clams taste good at wegmans but these kind freak me the hell out. On eitm ewe were in vacation where they only had these funky clams. It was very dissapointing. I mean I love seafood but these ones remidn me of that Klinmgon dish QAGH (WIKIPEDIA - qagh) - lots of info here - 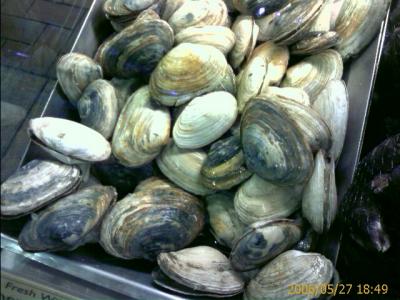 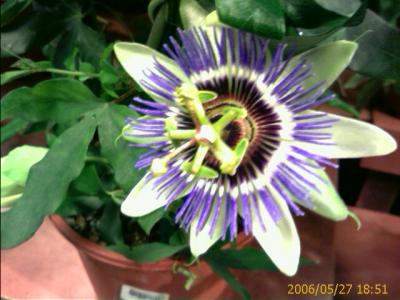 And those clams are way to old to eat and not stored proper.... They look like they were sitting in their own waste for too long.

I love impromtu gatherings! Its always nice to chill with friends, as Lee said, new and "old". Thanks for the bumper stickers, my car wears them proudly :)

had a good time at the impromtu party last night. thanks for hosting and the invite! Good to see everyone... new and "old". :O)

yeah you should totally get the passion flower. $17? that's like 2 coffees at spot. ;) They're cool. I wonder if it would grow passionfruit too. Is buffalo warm enough for them?

Thanks for the party Paul, it was great to meet with people whose words I come to hang on.

I had a good time should have brought more drinks then I did, oh well. I hope you like the pics I posted. One thing from last night caused me to have a question about the site. Some people made those hand writen banners. That got me to thinking on my computer I don't see banners. I remember when you put up a few picuture of the new or custom themes they had banners and my view dosn't. How would I get to see banners? Also in my custome view The background and bars between my journals is there a way to change them? How would I do that I can't figure it out? I use firefox when on (e:strip) but usaly use Internet explorer for most other sites or some sites if that is any help.

Slowly the whole internet went away

I cannot get to any of the web. It slowly wittled away until there was nothing left. I have now had no internet for two hours which is really putting a cramp on the research I was doing on mobile video formats - argh.

I cannot restart my router because (e:terry) is fucking playing warcraft.
Then I remembered that my fancy phone was also a modem that gets speeds of aroudn 300k/s and decided to use it with my laptop. Thank god for that. I am my own access point now, it is a real sense of frreedom that I can brig broadband with me. I still hate warcraft. It makes every evening sound like "Argh, swish, stab, blech, blech, blech, argh, kling, kilng smash" I would record it on my phone but it is busy being used as my internet connection.

The inkycap mushrooms in our yard are destroying everything near them. I have never seen them be so killer. It kind of looks like a miny gang of zombies. I wonder if the plants have nightmares about them. 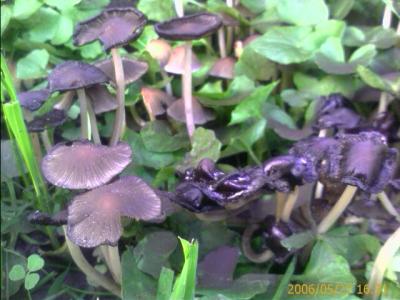 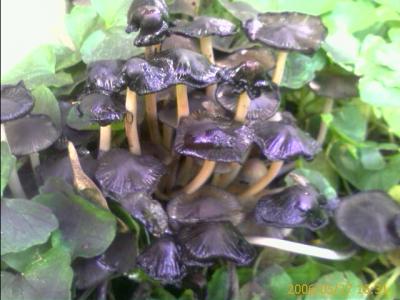 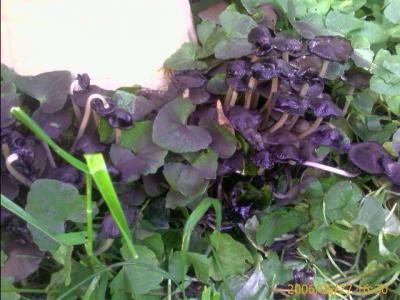 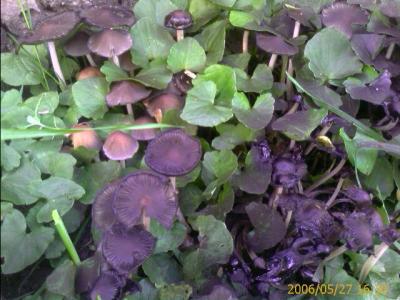 There are spreading, where will it stop. 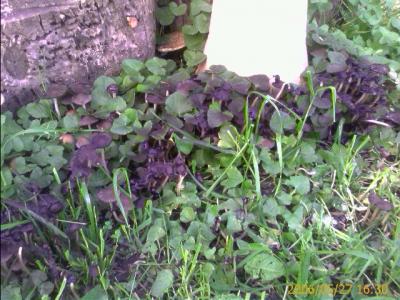 paul, can we like dry them and eat them? do you think we'll see pretty colors and shapes on the walls?