I am going shopping again, wish me luck. Something has to be better than that jacket. i am taking (e:matthew) with me. I am also going to pick up some clothing product at Amvets for the fiveV project.

Getting dressed Up Part 2

Finding clothes that fit me is impossible. I have 3 pairs of nice brown pants to work with. I still need a shirt. I have a tie I like, the problem left is the jacket. It is impossible to find one my size. I am thinking about using this one. Unfortunately, when I wear it closed I look like fivel. Is it acceptable to wear an open sports jacket to an interview. Maybe I need a manual for this!!

I know that the weird positionI am in, trying to hold the camera doesn't help at all with the decision. I also realize I need a belt and an iron. 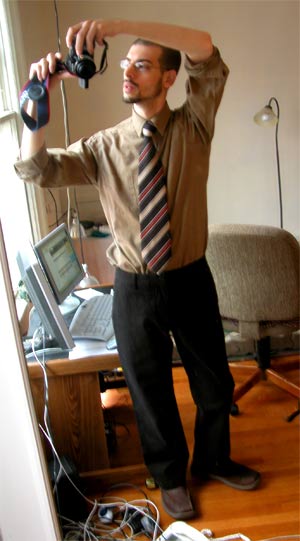 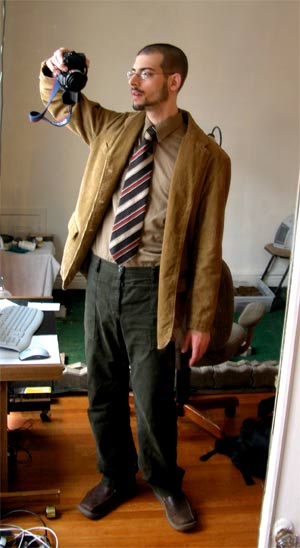 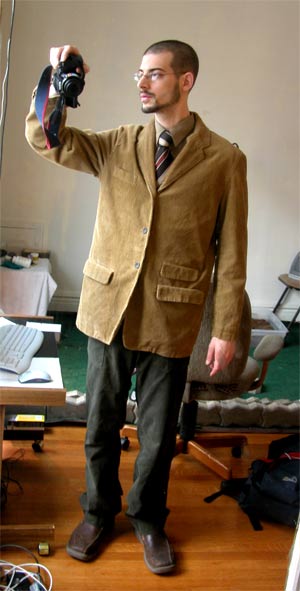 Sanatorum - Taking the weather away

(e:ajay,339) Senator Sanatorum wants the government will stop offering the weather in XML format?!? For those of you that don't understand this, XML is some crazy superhightech this it is basically a standard way of documenting information.

The NSA currenly offers weather data in a format like this.


The little stamps (tags) before and after each section of data just make it easy for us to know when the data starts and begins and what it means.

The reason Senator Sanatorum wants to stop this is because other companies sell the exact same information and they have clearly paid him off. We already paid for the government to produce the information, it is avaiable to us in so many other public formats, why should we not be able to use it for without having to pay again.

Senator Sanatorum is clearly working on behalf of the copmpaies that want to resell us out information. It makes me sick that he is trying to hide behind the context that we re modernizing by removing this service. It is also so carefully constructed so that the average non-tech person would think that the current services were outdated, which theya re not. They are the forefront of modern information technology.

I seriously cannot belive Senator Sanatorum is so evil. He keeps topping himself, no pun intended. I knew about Senator Sanatorum's repressive social policies but somehow that is expectable to me. But this is insane. I can't believe that any American citizen, even (e:jasonsback) , would agree to this accept the people that re-sell the weather we paid for in the first place.

The most outrageous part is that if Senator Sanatorum is sucessful in removing the weather information that we paid for from the public sphere, it is not going to stop most web designers and information scientists. The people that understand the web and make the web don't need the freakin' XML tags to get the data, it just makes everything nice and easy. Not to mention that if Senator Sanatorum si sucessful in stealing our weather feeds from us, every hacker will be even more interested in scraping the data. 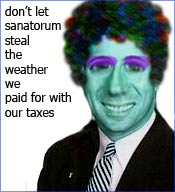 I am so sick of services like that being privatized. We pay for them!! If it Senator Sanatorum sucessfully steals our the weather feeds that we paid for from us, I am going to make a free buffalo weather feed in protest. It would be so easy. Maybe we can start a movement of web programmers that do that in lots of cities. Maybe I will do it anyways, seeing as it sounds fun.

Here is part of the press release from Senator Sanatorum's ssite.

"With the support of my colleagues, we can pass this legislation to modernize the description of the National Weather Service's roles within the national weather enterprise, so that it reflects today's reality in which the National Weather Service and the commercial weather industry both play important parts in providing weather products and services to the nation," said Senator Santorum.

I am hanging out in the media studies nerd dungeon. Its more fun than the art side electronic studio. 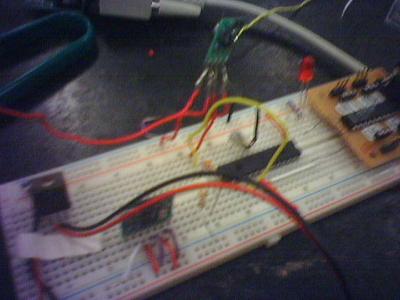 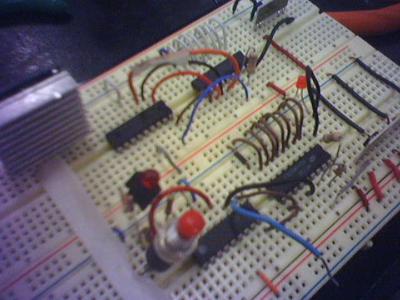 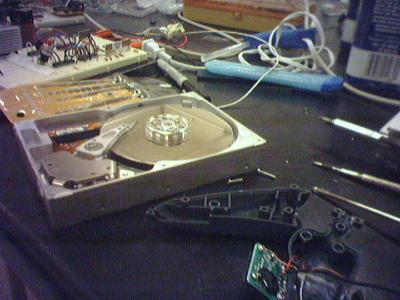 Time to Dress Up

I went to the store to get a nice outfit for my job interview. They measured me and laughed. The worker said, " we only have one suit in your (implied freakish) size" I decided that the store simply wasn't good enough and switched my target toshirt and tie. I was willing to spend $500 for an answer, an immediate answer - so I headed over to banana republic. They have nice clothes that fit me. At least the pants do. I where 30/32 or 30/34. Is that really so freakish.

I ended up buying two pairs of pants. The interview pants are brown stripped. I love them. Unfortunately they didn't have any shirts or jackets that went. Kaufmans did but I bought the wrong size, argh.

I ended up getting a Banana Republic card to get 15% off. It was probably a bad idea, but it sounded fun to have and the girl asking was so cute. They gave me a $1200 limit. Not buying all 12 things you could get for $1200. It was hard to resist. I haven't bought any new clothes in two years The mall absolutely freaks me out.

Afterwards, I decided to stop at Amvets on George Urban to see if they had a tie. The 60s 70s ties are back at the mall. But amvets is gone. How bad is it when Amvets has to close down! 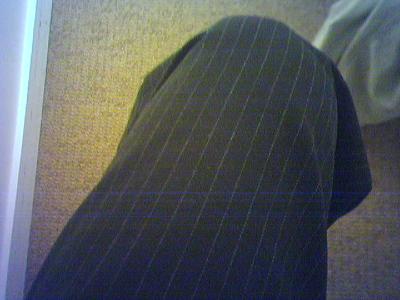 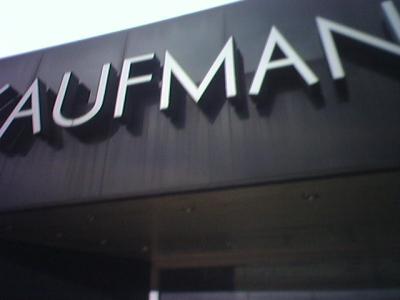 If you haven't eaten at this place on Niagara, check it out. Soyeon is here, you can see her laptop in the pic. 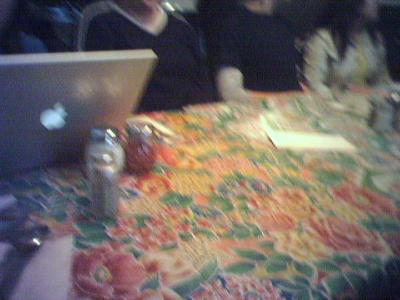 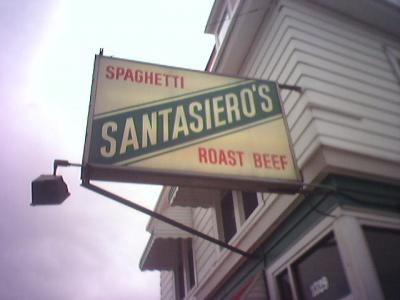 (e:terry) and I headed down to the factory where saucy seven was to stake out our spot for the show. The radio works great by altering the frequency. 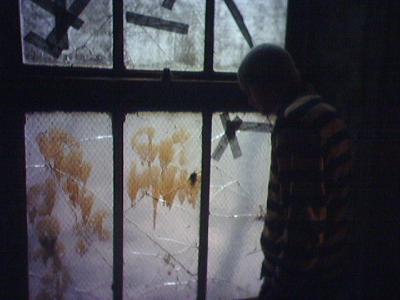 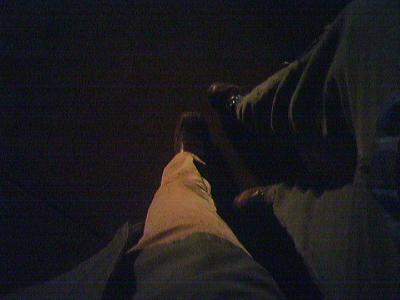 What: Computer based works by UB students in Media Study and Architecture

(e:matthew) is such a great photographer. I wish he would realize it and become famous. Look how cool this banner is with the liberty building liberties and Buffalo in the background. He took it from the top of the city hall.

When I redeign the site homepage next month I am going to make a section featuring local artwork. He can be in charge of that.

Mozilla announced that Firefox will natively support SVG in firefox 1.1! SVG stands for scalable vector graphics and is an open standard created by adobe to allow for use of vector graphics on a standard web page that can be controlled via javascript. It is like flash notepad style. You can already get an SVG enable version of firefox here

You have to remember to actually enable it by going to about:config in the browser and then change scg enable from false to true. So far it works great.

I also ordered a pen tablet PC off ebay. I wanted to try one out and it was really cheap. Maybe I shouldn't stay up so late anymore. I think I can sell it for more after checking it out. It is only 500mhz but comes with a color screen and a serial port. Maybe now if jesse would just pay me for the powerbook parts!! 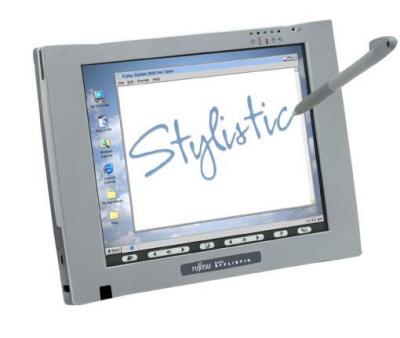 This was no iPad.