Here I am watching this amazing austrian sound poet when the fire alarm goes off. The apocalyptic fire alarm noise blends in so well with the language remix that everyone ignores it. The room is made of 100% plastic fibre. Will I finally become a cyrborg, when the controls melt to my skin? No one is leaving, it kind of feels like the moment when no one believed the titanic was sinking. At least I imagine. 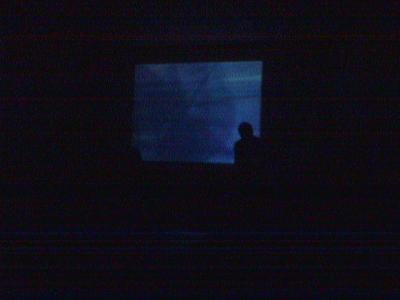 So some lawyers called in regards to my PC magazine article [inlink]paul,3253[/inlink]. Both of the lawyers were former employees of the federal trade commission looking to get information about how the Adobe Macromedia merger would stifle competition and innovation. They wanted to know exactly how their software overlapped and where it didn't.

afterwards I was talking with Ben and he compared it to a merger between marvel and dc or pepsi and coke. It is true. What is going to happen to graphics design. Will a company like correl pick up a new position or will all competition be squashed. I mean what if these weren't graphic design companies. What if they were telecoms or stores. Would the government let the merger happen. Probably.

Wow, I can't believe that

I found this quote on my thesis advisors web journal. He is great, I hope to be able to work with him in the future. I seriously can't believe that the other professor would say this, even if he felt that way. It just seems so totally unprofessional. I am glad I work at a liberal arts school where they still care about teaching.

A couple of weeks ago a group of students complained that a colleague of mine (also pre-tenure) started out a class by telling the students that he "got paid to do research" and that teaching was just something he had to get through. That seems like an odd thing to think, let alone to say, but it's part of the mantra here, and I suspect at many top research universities. I also got into this because I like research, but why would you become a professor if you weren't going to work at becoming a good one?Quoted from: Alex Halavais

An interesting sound poet/audio visual artist is coming to Ub tomorrow. He is from Germany. you can visit his site at

(e:shawnr) and I will be there

Well, with all this talk of circumcision [inlink]shawnr,79[/inlink], I decided I should throw in my two sense. Contrary to everyone else it seems, I am circumcized and totally fine with it. I mean, I guess it seems cruel but I don't feel any less because of it and I seriously don't even mind it. I guess in theory I should mind it as I had no choice in the matter. However, I even kind of like the line. Okay enough of that.

(e:uncutsaniflush) [inlink]uncutsaniflush,50[/inlink], I guess I also thought that your username was about being uncut, lol. I guess (e:shawnr) did too . So what is it about, how did you pick that name?

I have always hated Tuesdays my whole life. I think it stems back to when I was a kid and my mom would be gone on Tuesdays to volunteer fpr call for action. That meant my dad was the cook, and that meant we would eat spam or fried bologna.

I just never got to liking tuesdays and this year was the worst. Lots of commuting for a generally boring day. Today marked the last tuesday of grad school in the classroom and the last tuesday commute to North campus. Next week we meet at the space and then it's over. 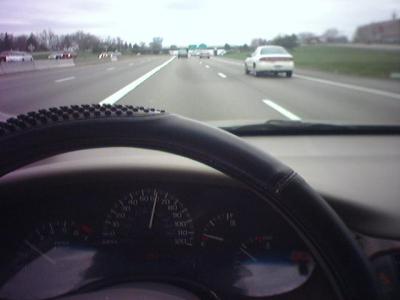 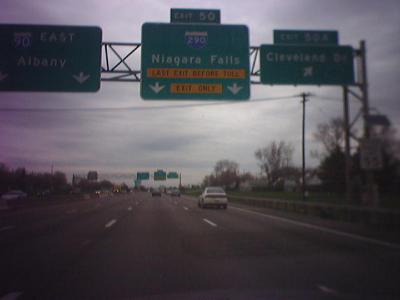 My radio frequency aware clothing project is starting to work a little after like 50 hours of trial and error. In the future I need to look into classes and professor support for I enroll. Oh right, I am done after this - at least for now. I am sure someday it will be necessary to become Dr. Visco.

The problme exists that without a specialiized message the clothing itself basically just says I am here. Which would be fine if no one else was using that frequency but I have a feeeling that we won't be the only ones at the show broadcasting at 315mhz.

Has anyone heard of this?

lately i've been using the "touch your key to your chin so your body acts as an antenna" trick to increase the range of the car key remote control. by itself, the remote is usually reliable only to about 30 feet or so, but with the "chin antenna" i've been locking, opening windows, etc. from well over 50 feet away.

tonight i parked my car on the rooftop of my apartment complex's parking garage (6th floor), but when i got back to my 8th floor apartment i couldn't remember if i had locked up or not. i really didn't want to go all the way back to the car to check.... i looked out my window and could see my car parked in the distance, so i said what the hell, pressed the key tip firmly to my chin, hit the lock button... and saw the car's interior lights turn on! talk about range... i'd estimate the car is between 150ft to 200ft away, and through my apartment's closed windows no less. the power of the key's RF transmtter (as well as the sensitivity of the car's receiver) is quite impressive, and the chin antenna really does the trick. saved me a good 10 minutes going all the way to the car (and btw, i think i had locked it after all. )Quoted from: bimmerfest - BMW Forums - wow! chin "antenna" trick really works...

Everythign I see about wireless network sin Buffalo, quotes the units as costing far too much to be accurate.

So far, Buffalo's zones have been designed as an accessory mostly in outdoor areas, for tourists and other occasional users. Access is limited to an hour at a time.

A Wi-Fi transmitter costing under $1,000 can blanket a radius of about 300 feet. Each of Buffalo's zones have a capacity of 11 million bits-per-second, about 200 times as much as a dial-up line.Quoted from: Urban Wi-fi 'Hot Spots' Criticized in Report

[inlink]twisted,209[/inlink] You shuldn't feel like you were "peering" in. We invited you. Also, you could just move here and then you wouldn't have to feel guilty anymore :)

Once again (e:rzoo) congratulations on public transphere. My favorite part was when we made a detour to give some guy a ride to deleware and hertel so that he could take his aids medicine on time. He had been waiting about a half and hour for the metro bus when we arrived. We gave him a warm ride, a handfull of bus tokens and some food. It was like a miracle for him I think. He said that we would be blessed by god. It was so great that someone was helped by the project.

On the public transphere, every thing that could go wrong with the network did. I am never working at 800 bytes/second again. Well, that isn't true but at least only with reliable connections at 800 bytes. I feel like I let (e:rzoo) down. It worked a lot of the time, but a lot of the time the batteries were dead or UB would reject our PPP connection, or someone would call the cell-phone and kill the connection. In the future we will know that we either need a GPRS account or a data card for the laptop itself.

ven the audio turned out to be a disaster. The first day everything was messe dup because of a broken microphone. It was plugged in so lot sof the day sounded like garble. Then I started taping everythign yesetrday after we got that fixed. Apparently, today saved over that - argh. Then it turns out at some point the ocnnection was terminated and the stream recorder stopped so that the radio was on most of today, accept during the lunch break, but that it wasn't being recorded. i have about a 10 minute recording at 3PM today. How sad is that. We should have just rbought a voice recorded on the bus.

I guess we learned a lot about buffalo in terms of network infrastructure. On this side of main street there is a wireless network everywhere you go. I almost found no time that netwroks didn't exist. However, only a few of the were "open to the public." The ones that I rememeber were are parky by starbucks on deleware an kenmore, the corner of tupper and elmwood at the laundromat, outside of colter bay, and by west ferry and main st.

The majority of those open to the public were named linksys or netgear. How funny is that. It is almost like a way of creating giant branded netwroks. So many people clearly don't rea dthe manual of their wireless routers. They really need to change the network name and add some security. My guess is that the people with linksys or netgear or dlink as a network, are not just creating spontaneous open networks, but have no idea how to operate their routers. I would think that if they really understood what they are doing by leaving it open that they would be able to chnage the name.

I am going to start a buffalo hotspot locator site as soon as I am sure that one doesn't exist. maybe tomorrow.

The end of the road 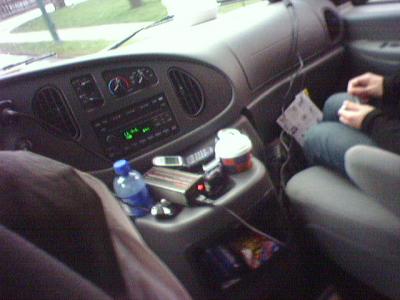 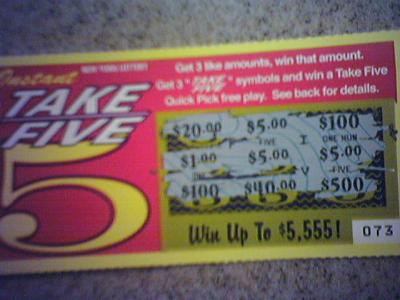