(e:hodown) brought the craziest Japanese candy sushi making kit. I was so fascinated by the way the salmon roe candy popped the same way real salmon roe pops in your mouth. The rice actually tasted like and was the consistency of rice. The only thing that could have improved it was fish flavoring. The instructions are actually quite elaborate. 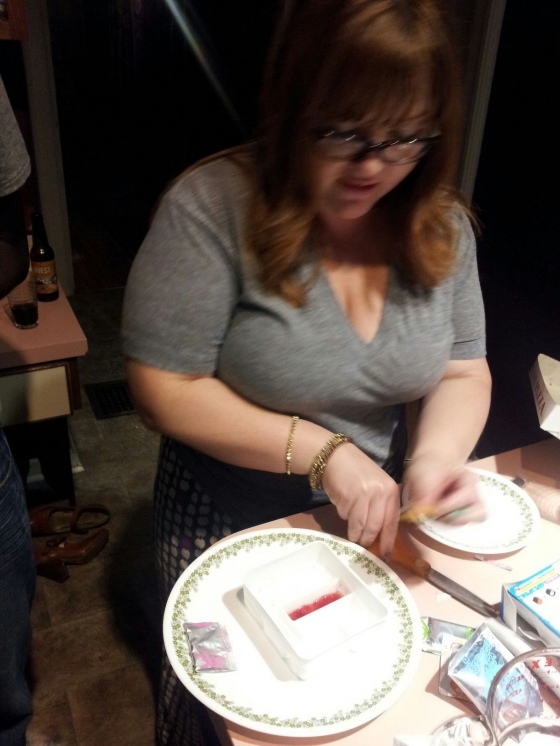 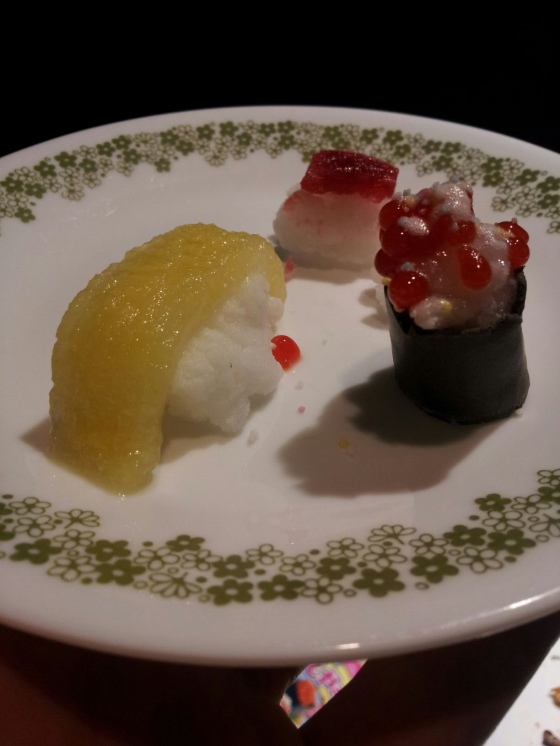 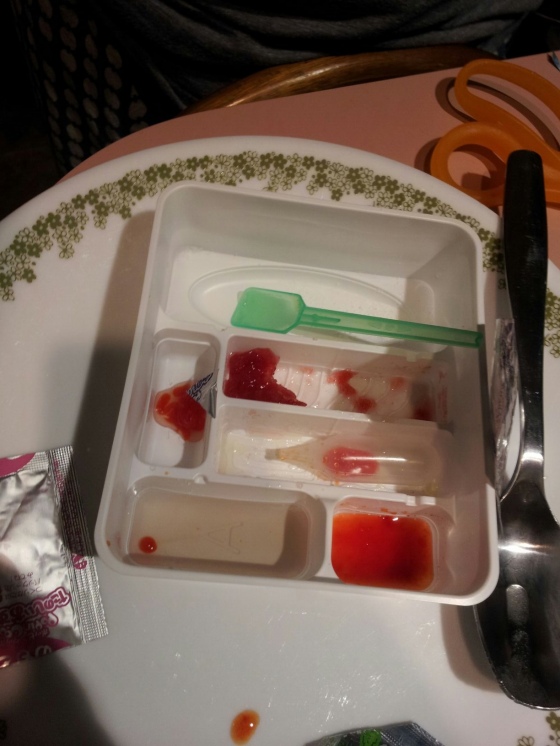 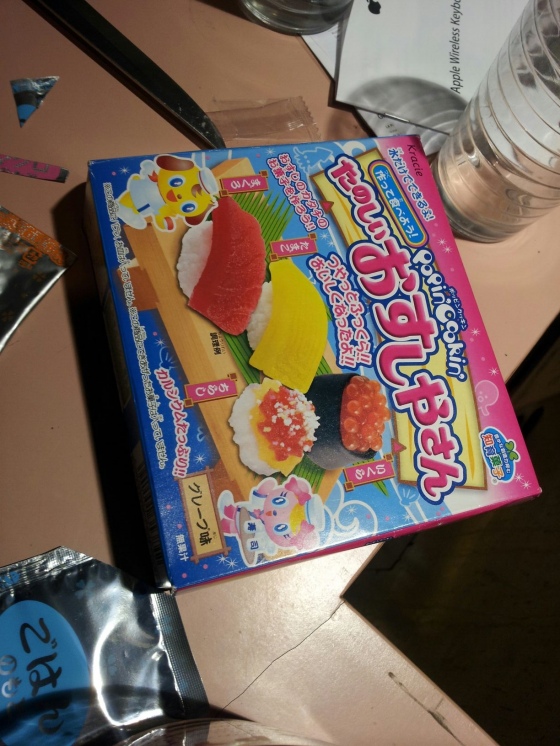 That is amazing and I want some!

I am either going to die or conquer this tomorrow. I honestly don't care either way. 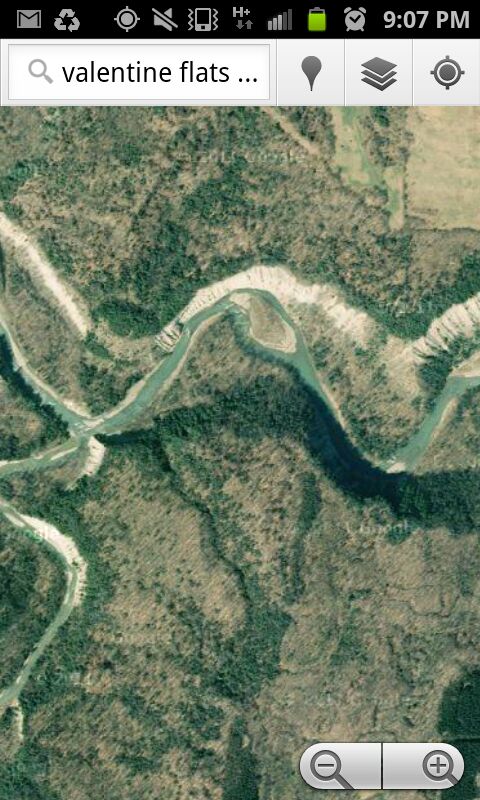 I was excited to see that my new Samsung Galaxy S2 from AT&T works as good with the Android SDK (ADK) on eclipse as my Nexus One did. This tutorial is assuming you already have the ADK environment setup and are just changing phones like I did.

Step One is to enable debugging on the device under settings -> applications -> Development. Check the box that says USB debugging. 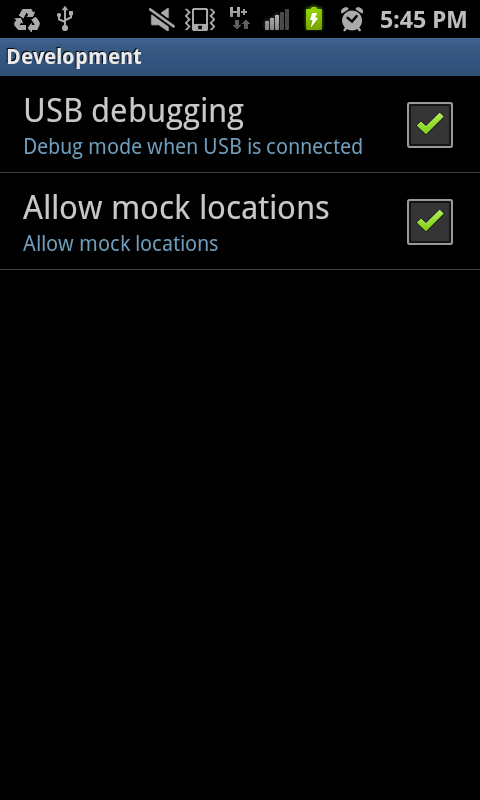 When you first plug the device into the computer and type: adb devices: at the command prompt, it will show up as a bunch of question marks, meaning that it won't work with the ADK.

In order to get it working you need to first get the usb device identifier. You can do this by typing lsusb into the fedora terminal application.

This will give you a list of usb devices plugged into the computer. You need to look for the one that matches your phone.

Next step is to create a new udev rule for the device using your favorite text editor. You can use vi or nano.

Notice the produce and vendor ID come directly from the lsusb info above. You could use these instructions with other phones, in fact it worked perfect with my Nexus One when I was first developing on that.

After this is done you can either reboot or restart udev. Almost all of the instructions you find are for ubuntu but on fedora you restart udev rules with
sudo /sbin/start_udev Then just unplug and plugin the phone. It should now work with the ADK.

When you type: adb devices: You should now see the device listed instead of a bunch of question marks.

I havent even rooted this one, they barely lock it down now. In fact most the reasons I rooted my last phone are moot because this phone does them all: gingerbread and tethering. The only reason I probably still will is just so I can get rid of the facebook app.

Can you teach me how to root and completely hack my phone software someday? I would love to be able to do that!

I wish so bad I lived in a place where we could just have a large tortoise farm and they could stay out side all year long. 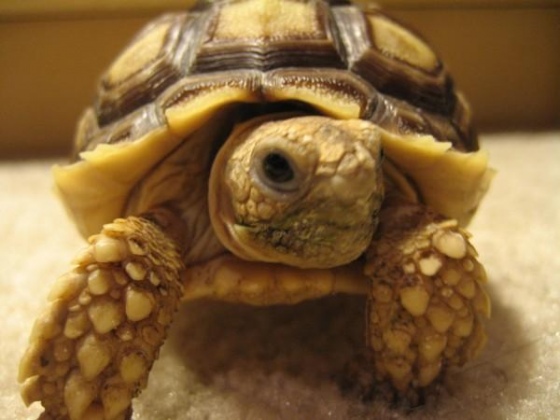 Turtle represents my spirit in how it always has its home to retreat to and only comes out of its shell when comfortable, a nice metaphor for introversion. I also relate to how they live in the boundary between water and land. In various mythologies, turtles are the strength of the world, the world rests on the turtle's back.

And this baby tortoise is sooo cute.

Slow and determined/consistent like the tortoise and the hare story. Not gay prison rape style style.

What kind of a spirit is that??! Somehow that doesn't seem like a particularly exciting kind.

I am a tortoise in spirit.

You could move to Arizona.

I don't care that Steve is dead

He is just a person. Get on with your lives everyone. People act as if technology died. Its not even a surprise death, he had been dying for a long time. I kind of like that he died because it proved you cannot buy health. Even with billions. Each of us is just a person, just an animal, and we all are mortal.

I was so surprised that google and motorola postponed the launch of their new android phone out of respect for Steve Jobs. His own company didn't even do the same thing with their own iPhone 4gs as he was dying. Now that's a commitment to capitalism that I think Steve would be proud of.

AllThingsD now reports that Samsung and Google did indeed cancel the event due to Jobs' death, feeling that the launch would be inappropriate given the mourning process still going on throughout the tech industry and the world.

The decision to postpone things was made late last night at the top levels of both companies, sources said, with Jobsâ€™ death being the reason. There are no delays with the product itself, sources insisted.

"you cannot buy health" : yes you can! First with a good dentist :-) Secondly it seems that most people give more importance to have than to be which is ridiculous and shadow many health issues when they could be easily dealt with! Third point : health has been so much mixed with money that many (if not all) corporations that officially are in war against disease, need it badly to survive, therefore research tend to focus on profitable long term diseases without solving the problems (stopping many levels of pollution and destructing behaviors), therefore the problems tend to get worse and we get more diseases so more profit for the "health" market (the health market is happy until sick employees are not well enough to run the machine and at that stage it may be too late to avoid some sort of mass casualties), and especially confusing messages, so many rich people don't seem to be able to get the correct mixture to be very healthy! It's interesting to note that the rich people are generally pro-system (because it worked well for them) therefore they are not in a good psychological position to be wary of it when it start to go awry.

That was the day he died. I am just tired of reading about it now.

I'm a little confused as you wrote a bye Steve blog?

So Do you mean people are going overboard with like the isad pictures and stuff?

Guessing part of it is that often if you have Apple Stuff it is kinda like a Religion in that there is an almost better or cooler then you vibe....

Pancreatic cancer is a dreadful thing to have. :(

The weather was so nice for a bikeride. (E:tinypliny) let (e:hodown)'s borrow her bike so that we could take her down to the new waterfront. The sunset was amazing but sadly the clam stand was already boarded up. 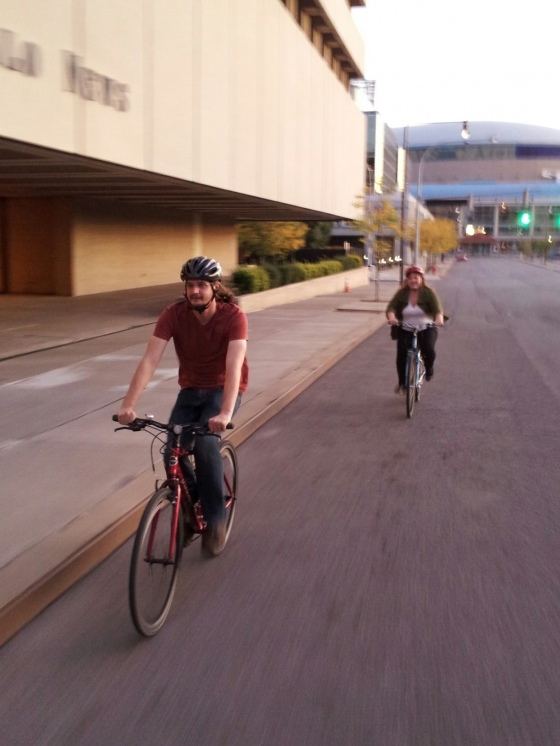 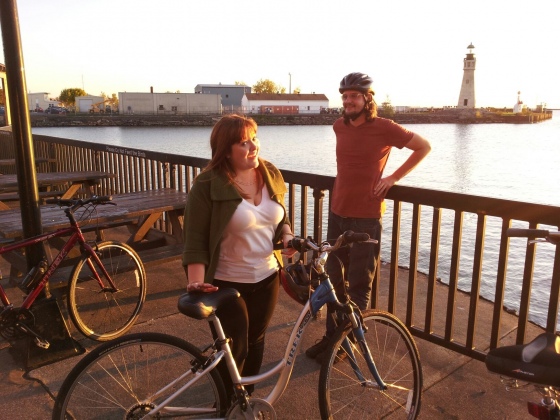 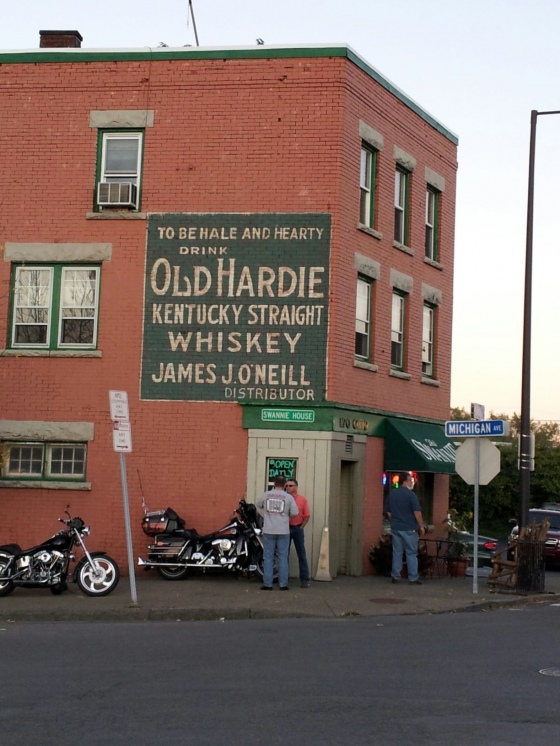 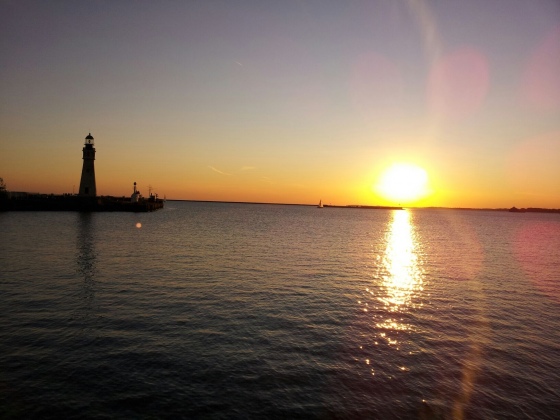 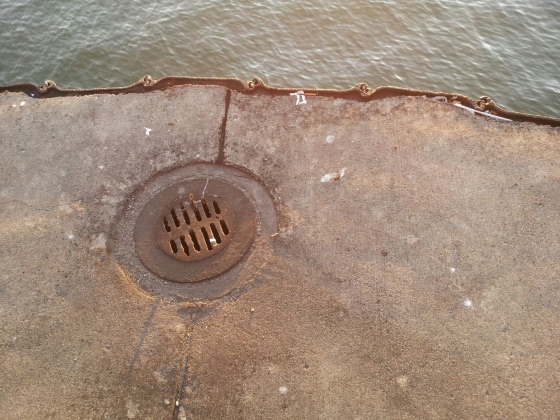 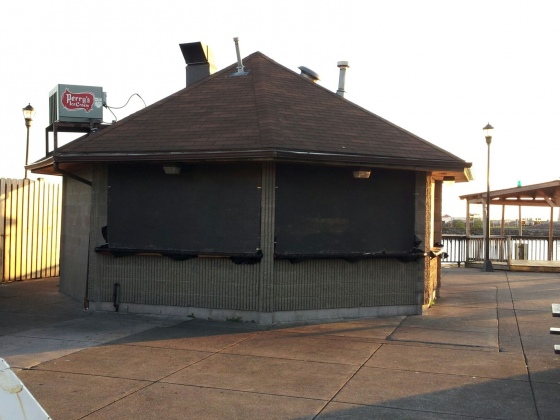 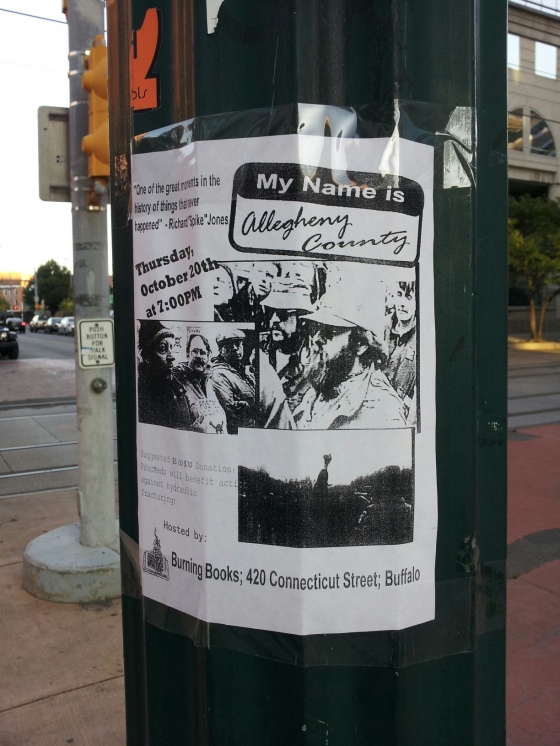 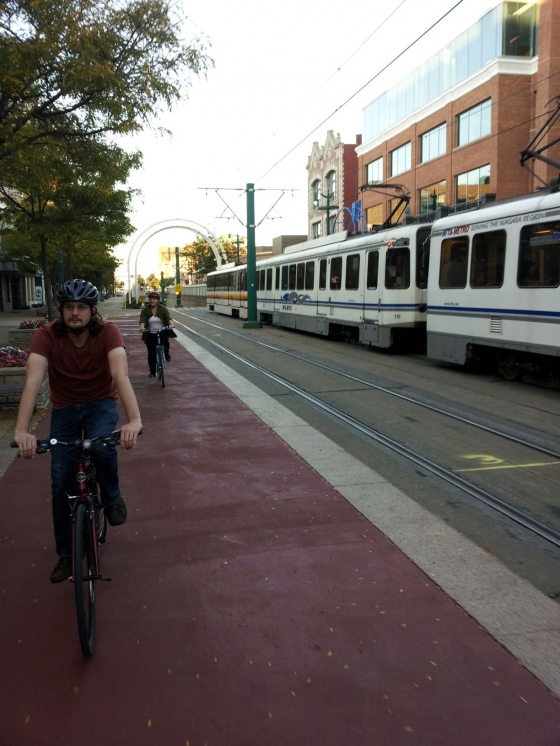 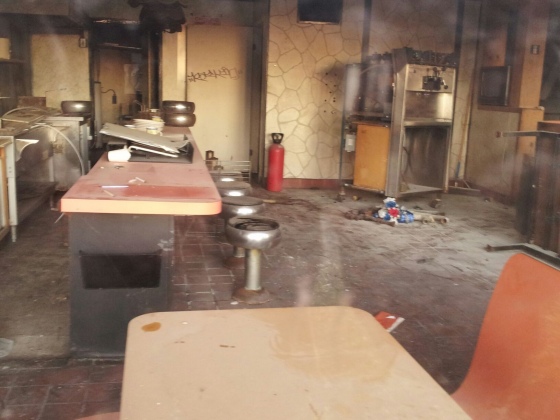 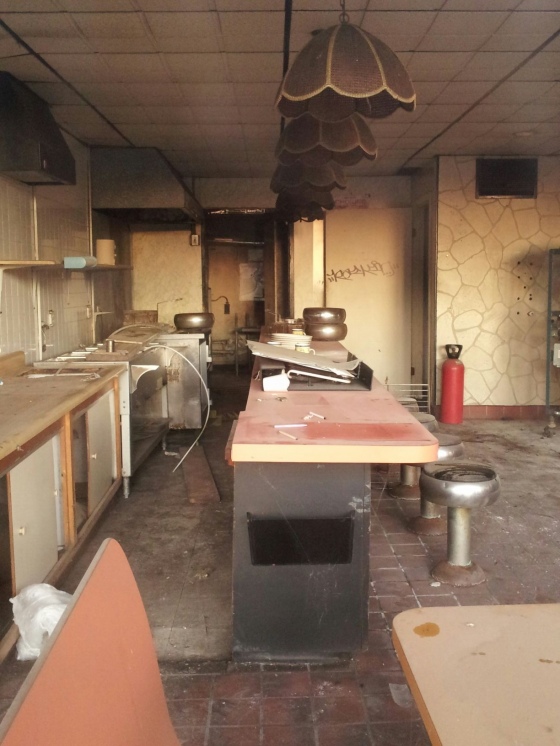 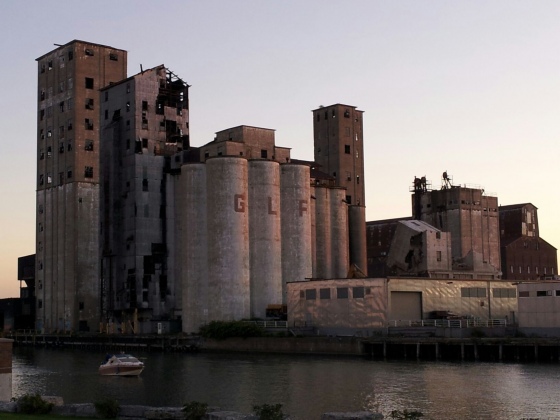 like the sunset shot.... That that closed up place would be a great spot for part of zombie movie just saying.....

why does my sister always make that face when she gets her picture taken??????

We had a really nice framed picture of that Hardie whiskey sign in our living room. I'm not sure who took the photograph, but I love it.

I was happy to not be the only one wearing a helmet for once.

And its so funny, my brother learnt biking on this bike! HAHAHA I had learnt that the shortest way for an adult to learn biking is to keep your feet off the pedals and learn to balance down a gentle slope without pedaling. He learnt biking in just a couple hours with this trick. That was payback for buying me the replacement for the CuSO4 bike.

and wow, I realize now when I described the bike to you over gtalk, I said CuSO4 blue. That was the bike that got stolen. I somehow still have it in my head because I campaigned so much for it and filled out so many police forms. Isn't that odd? This bike is actually a deeper blue. Unbelievable.

I can see why that "brother" broke my porch window, entered, cut through ALL my bike locks and stole it! I still feel kind of bitter. I saved up to buy that bike. Though costlier, this one was a replacement from my brother (nagged on by mum).

I had no idea my bike looks so fancy. LOL its always a disaster when I ride it. I am struggling to make small hills and it feels like my hips could just come unjointed at any time. That seat is very uncomfortable. did (e:hodown) say something about it? Or is it just me?

Tortoises in the yard 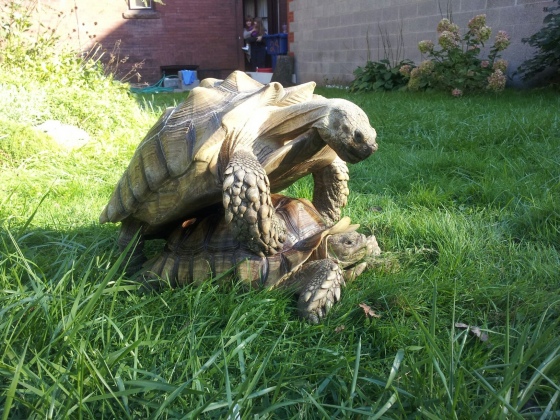 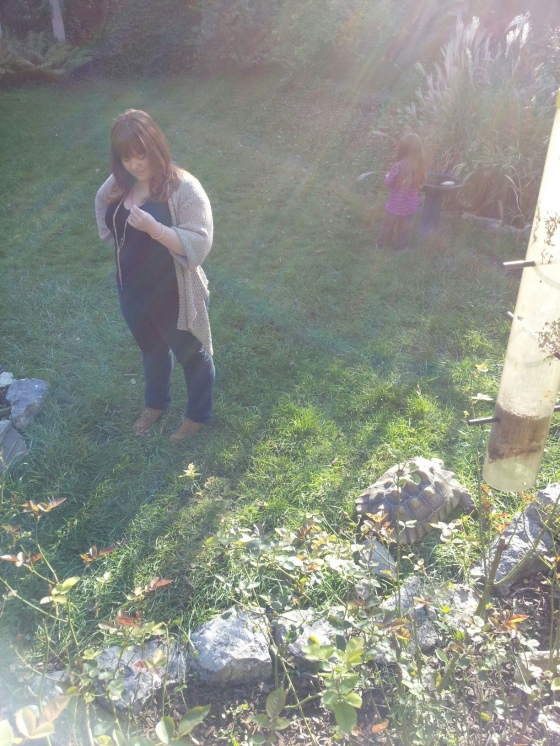 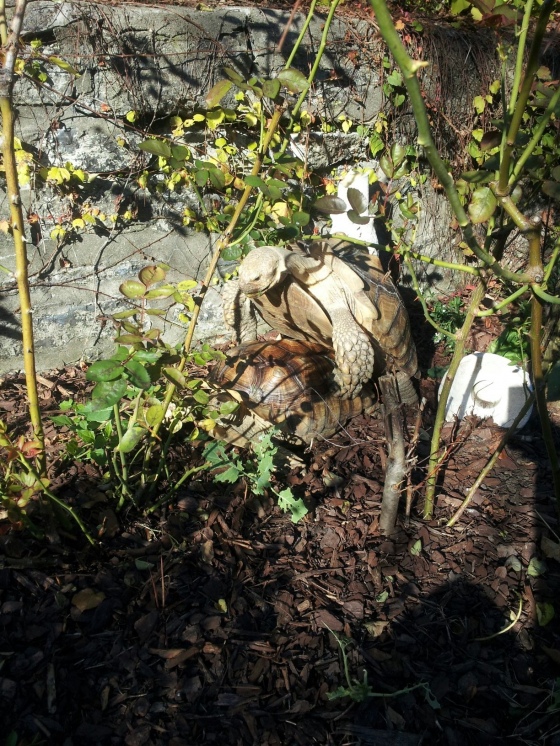 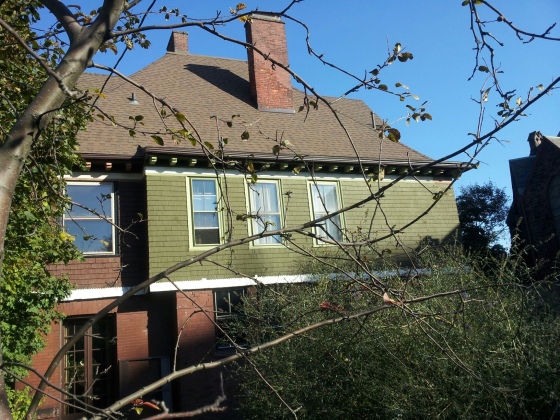 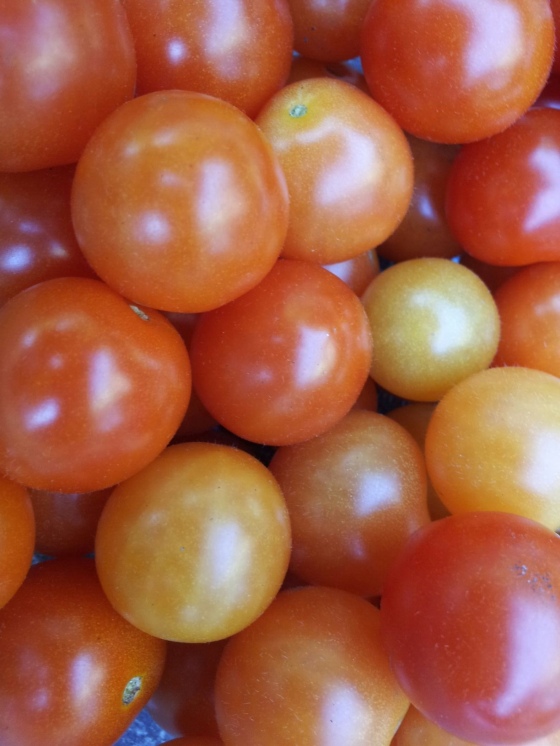 I like those tomatoes so much... Someday I am definitely growing my own cherry tomatoes year long.

It was as magical as I thought it would be. I would eat a whole bowl of the skin if they sold it separately. We found this place on William street near Harlem that has it. I guess there is no need to cross the Peace Bridge (e:paul,54837) to get it. 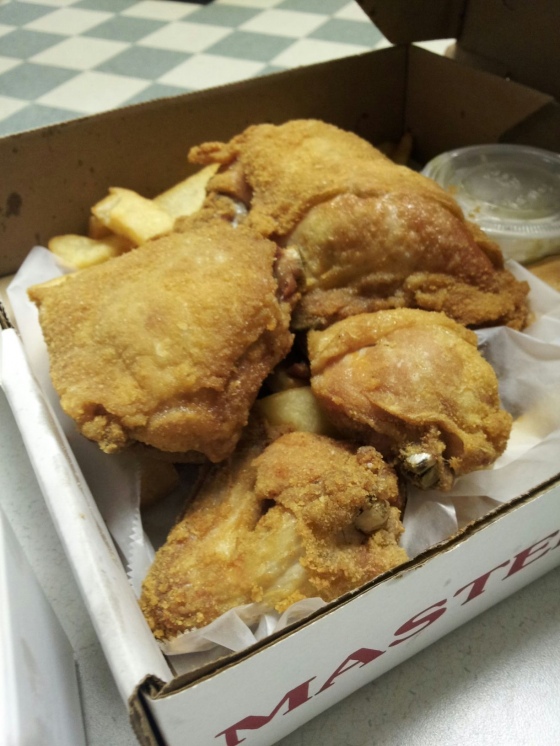 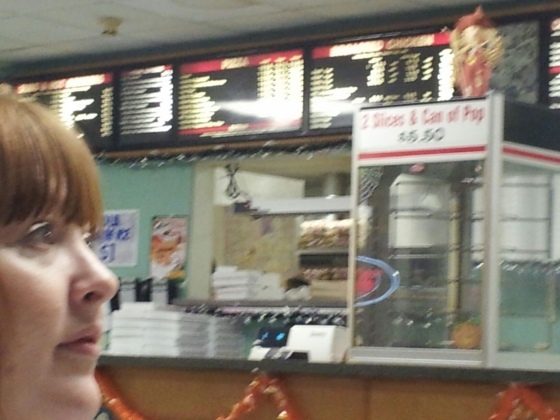 What the freak kind of scary, free haunted house is in someone's private residence? 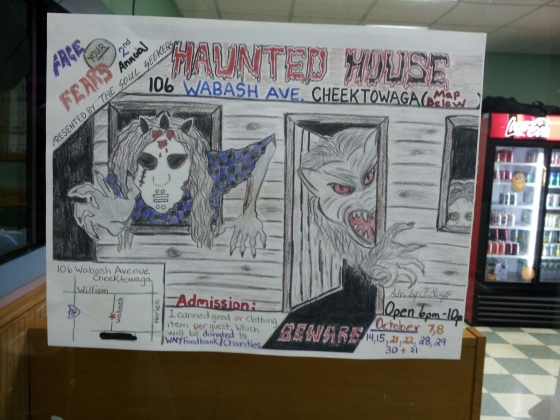 I added a pamphlet about broasting.

I'm guessing this is different then the Terror Technologies one that is free with donations to the food bank? Hope you went and helped a good cause?

what i want to know is how many of those flyers did they hand make with colored pencils??? it looks like something from napoleon dynamite. gosh!

Fucked Up Car In The Middle Of Walden

I am so glad this is not my car. 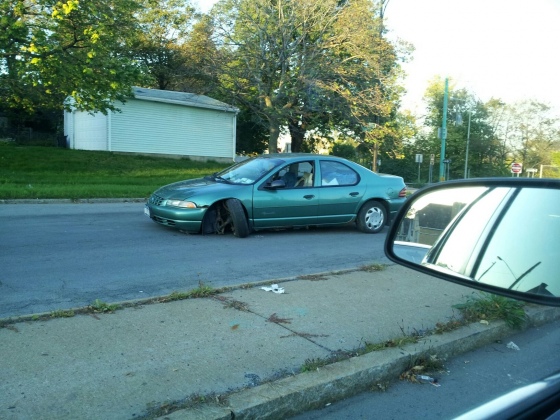 Me and flutter poof

The 2mp front facing cam on my new phone seems to do a very respectable job. 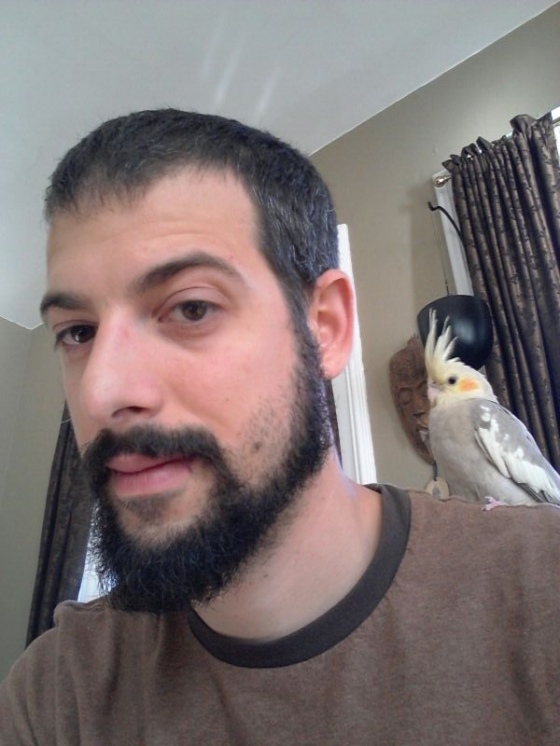 The brute, even with his penchant for cat poop, is not an allergy inducer.

v. cute. though, the more I think about it, he is kind of bad for you.