Here we have the most beautiful day of the year and I'm trying to deal with paperwork crap at UB. Each time I get somewhere, I'm told to go somewhere else. It's these little beaurocracy miracles that make me so glad I chose a large school.

Everyone else is at work today. I tried to contact about twn different people about going to tudor lounge for the show and everyone is working or has plans.

I guess for most people that is a typical summer tuesday on elmwood. It's really a shame because they are missing the only nice day I can remember this summer.
So ironically, as I look up right now from writing this I se a police guy giving my car a ticket for not having a parking pass. The annoying part is I do have a parking pass but it's just not up. So I show him and he sayd I need to drive to the furthest possible place on sampus (spaulding hall) and fill out paperwork to file an appeal.

They tell me the process should take anywhee from 3-5 weeks. I hate this place so thoroughly. 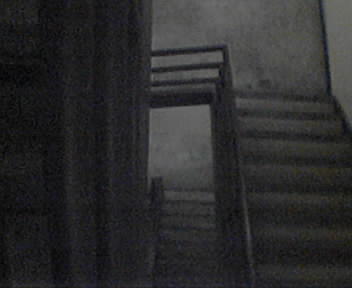 I am really sad about this. I mean we are #1 under elmwood strip on just about every search engine, and the entire site is bascially just a front for the data the describes an elmwood strip experience in 2003-2004. Moreover, it is a free place for Buffalonians to express themselves and their feeling about their community on the web, without the constraints of being able to code or having a server.

Here is the letter I received:

In reviewing your website; we felt that it was of a personal nature; which goes against the criteria that we try to maintain within the WNY Web Directory.

Thank you for your time; and have a good day!

I wonder if we just focused on commerce instead of living in Buffalo, if they would have accepted us, even though I applied to be listed in the their community section.

Ironically, they have accepted much less "buffalo related" websites I have made, probably because they were all about selling stuff. Here is a

to another website I found listed under their community directory. It is of course "NOT CONSIDERED PERSONAL" if it is there.

This is their logo:

I think they should have to chance it to this:

What happend with Tunick

Did anyone end up going to the Spencer Tunick shoot at the Central terminal? I am so amazed at the lack of information about it. Nobody posted. There is no mention of it on the Channel 4 News Webpage and if you search for Tunick

on their site, there isn't even information about the fact that he came was coming to Buffalo, only some references to his past work in New York City.

There is also nothing on Channel 2 news

More than 2,000 people had registered to shed their clothes, pose and be photographed en masse Sunday, though not everyone who volunteered was expected to go through with it. About 450 people took part in the New York City project.

Maybe we will hear about it tomorrow. What happend to real-time news around the clock - Channel 2, 4, and 7? What happend to news on the internet? What happend to all the people that preached to me about how great this was gonna be and then never went or wrote about it? Maybe it was in fact so great that everyone is still in some sort of ecstatic state and can't write yet!

That really sucks (e:lilho) [inlink]lilho,156[/inlink]. It sounds like they judged you without really getting to know you. They probably thought your hand writing was too girly! I mean I can attest to the fact that you are a great cook, very responsiible, clean, and very socially compatible with any group of people I have introduced you to. Looks like they lost out in the long run - I hope you find somewhere to live, so you don't have to move to Arizona.

Someday when I have as much money as Bill Gates, I will buy out their coop house and throw them all in the street so you can live there.

Back in the day

Does anyone remember this week long site incarnation just prior to the Winter 2003 blue scheme? Looking back, I believe it was the inspiration for the current site incarnation.

So What Did Happen Last Night

Yesterday night I went to (e:rachel) 's party. As far as I could tell it seemed successful. I at least had fun with the regular epeeps gang. I noticed other epople seeming to have fun under the stairs too.

I also saw Dawn there who still hate me supposedly because of my anti-military stance. I think it is funny, I just decided it would be easier to ingnore her than have to engage in any conversation about it as she is not really worth it, in terms of friendship value.

Afterwards, I met this kid named James who is going to UB in the fall. The crazy part is that I think he lives in (e:soyeon) 's house. He was describing his apartment and it seemed like the exact same building.

When I got home at 5 in the morning I decided to go ahead and check the email from my site account and found that in fact I did have a ton of email I was not dealing with.

Has anyone seen Buffalo Rising Magazine. It seems pretty neat. I would like to get a review of the site in the next issue. I wonder what that would take.

So here it is, maybe the worlds first moblogged ferris wheel experience, live from 125 feet up above Hamburg, NY. Amazingly from up here you can see the lake, most of downtown Buffalo, and the Central Terminal. It cost 3.75 for the 5 tickets it took to get up here.

(e:holly) and (e:matthew) were taking higher resolution pics with there camera and we commented that we spent more our our time documenting than just living our experiences.

Since developing the site, however, I definately spend more time socializing with my mobart than I did doing 3D models in the lab. It was a good example of long hours of programming paying off by making my life much easier in the long run. 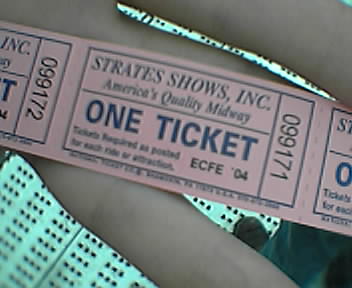 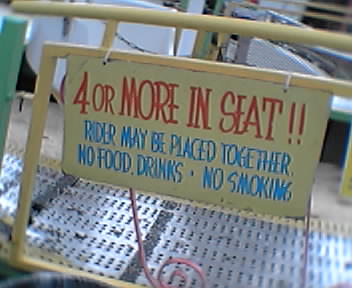 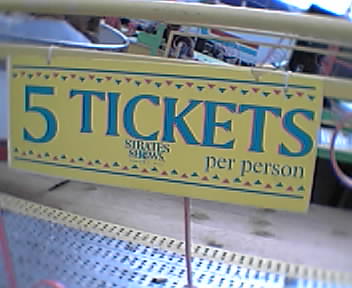 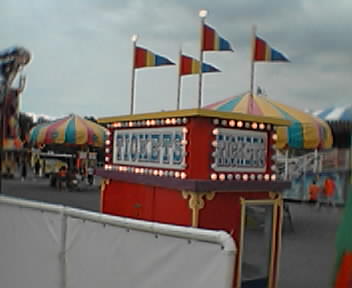 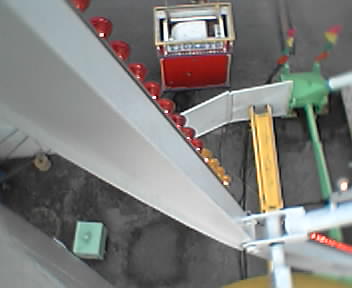 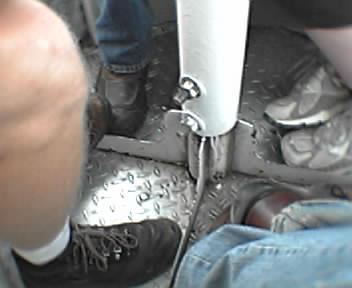 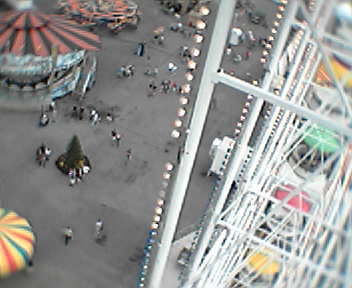 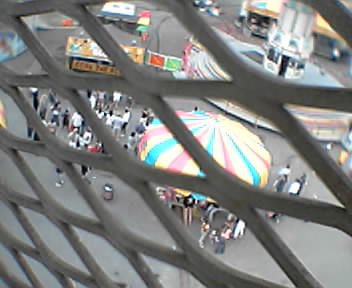 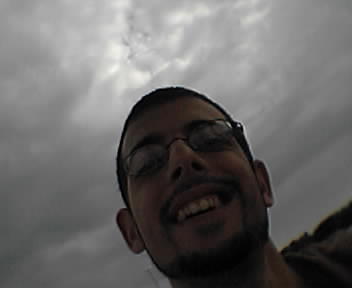 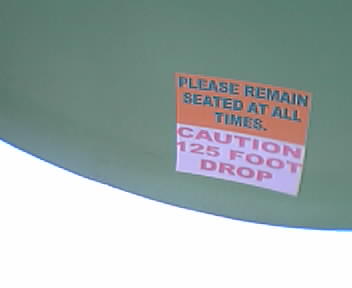 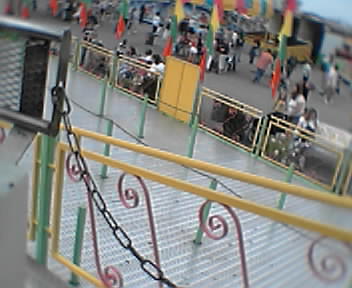 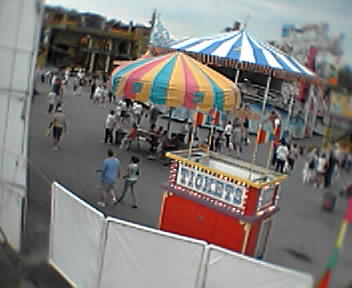 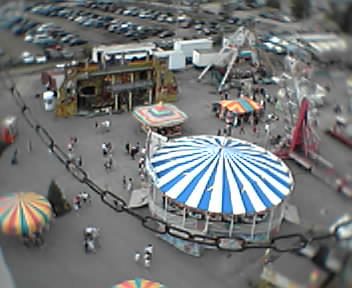 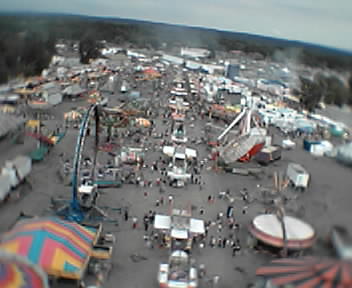 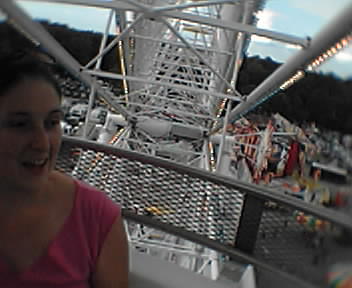 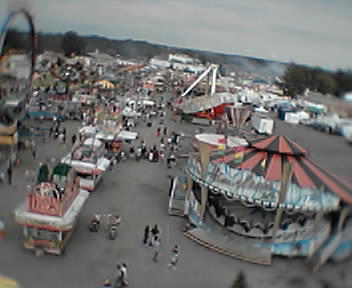 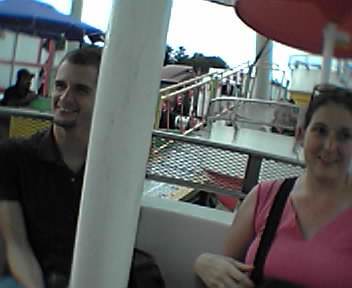 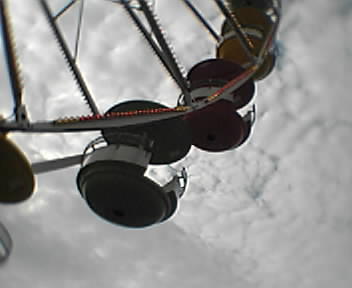 We saw the farm animals, ate some of them, then found kettle corn, the indian village and now its time for the midway. At least we are skipping all the sicky-flip rrides and moving straight on to the ferris wheel. I am going to document the whole ride. 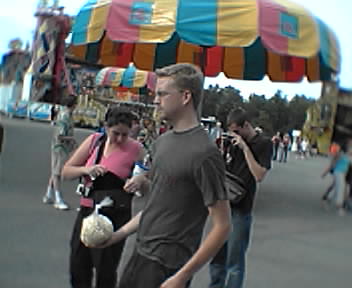 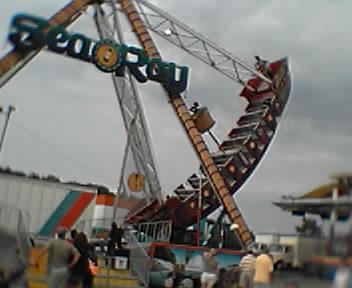 Here is the ferris wheel as we approach it. 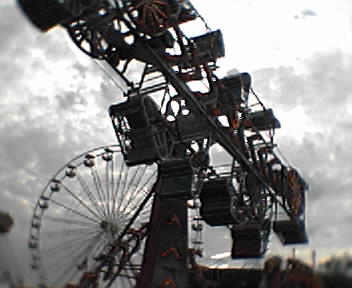 This is the grand champion waterfowl. She is seriously beautiful. Here is also a glimpse of the midway but this photo doesn't do it justice, it is really giagantic. 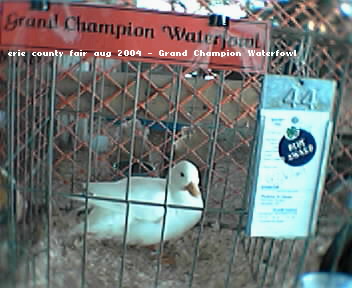 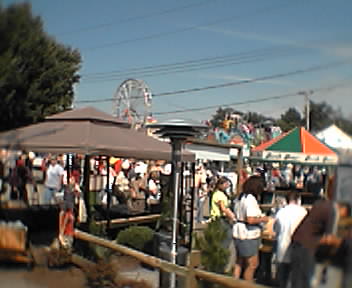 On the Way To the Fair

We are stuck downtown in a maze of traffic on the way to Hamburg for the Erie County Fair. It's been a couple years since I went here. it wasjust a little while before I met (e:matthew) 3 years ago. I went with Mike Glover as (e:terry) had to work.

I remember we took the NFTA Bus to the fair. I wish I had remembered that earlier, before the traffic jam. On the bus that day the driver ran a red light and Mike Glover called the NFTA headquarters from his cell phone and demanded she be repremanded and that he receives an appology letter. I believe he actually received one.

For some reason, everything going towards the skyway is completely blocked off. I am sure it is some sort of legitimate construction endeavour but I have to say that times have changed enough that I did think maybe someone blew it up for a minute. (e:matthew) even joked that maybe we should shut the windows in case of anthrax.

The delay gave me a lot of time to look on the web for buffalo links. I found the web page for SBI,

. I never heard of them before, but it sounds interesting for UB students. Click on the about link.

. . . Finally, 20 minutes later we are on the road again. Freaky farm animals and only on TV products - here we come. 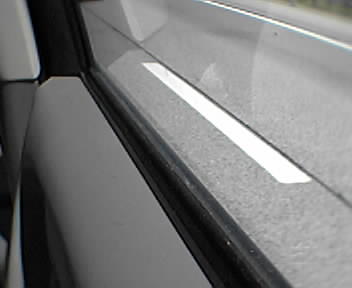