My Feelings About The Central Terminal

This is how I remember it. 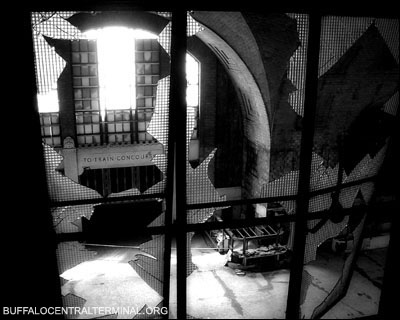 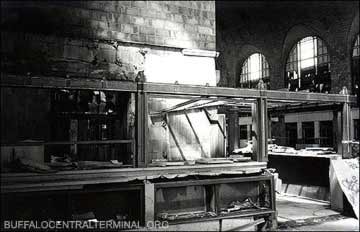 As a child I used to play in there all the time. I should have listened to my parents. Now as an adult, I know the building is full of toxic abstestos. I can't even believe it is structurally sound. I remember one time being in a part of it when the ceiling collapsed. At the time we though it was cool. Looking back it was stupid. The goal of each visit was to go play behind the clock and manually change the time by moving the arms. It was such an adventure to get up to that part without falling through or dying. Oh the life of suburban children gone wild. I think we just didn't understand death very well. We also used to play in the sewers, abandoned grain mills, old building on Niagara Street and Behind Linde in the toxic nuclear waste dump from the Manhatten project (e:paul,30660) . Buffalo is just fun like that.

It was abandoned in such a weird way that everything was left there as though the people had simply dissapeared. You could go through the desks and find tons of paperwork and itinerarys, etc.

The part of the whole thing that is so sick, is that it should have been cleaned up by some profressional group with space suits instead of volunteers. Especially, when some of those voluneteers were children. 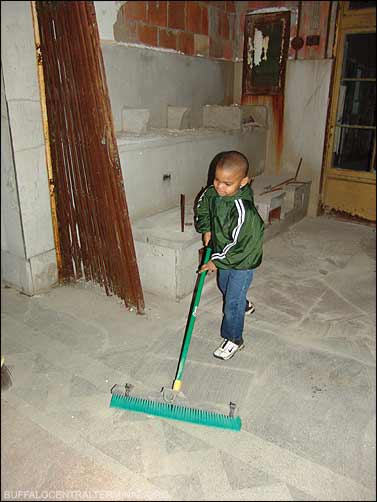 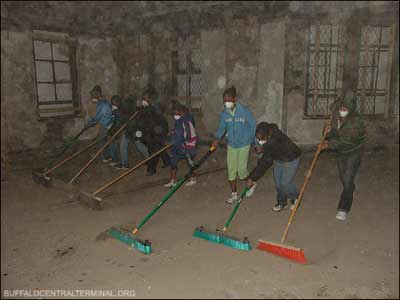 Those pictures are so disgusting. Why does the lone child not have a mask, and has anyone done home repair with fine dust? Do you believe these children are being properly ventilated and that these little paper sars masks are working?

My biggest question now is what is this restoration really working toward?. We obviously could never have another viable train station in Buffalo. Especially, not in that neighborhood, so what is it all about? Why does the Central Terminal Restoration Corporation!!

care about this place? Maybe someone here knows more than I do, but I can't see how it is that important in people memories. This building was only around from 1929 to 1974, so it doesn't even have that long of a history. Furthermore, the type of history it has is really not so very different from any other point of travel, such as the airport.

So imagine this, the airport shut down because of bad business,etc right now. Can you actually see yourself doing an airport restoration project. Not me! Just because something is old (<100years old) does not mean it needs to be restored. especially when it's in as crappy of condition as this building. BUt most importantly, if the Central Terminal Restoration Corporation ever makes money off that building, how will they justify the fact that they used "volunteer" child labor to do their toxic waste cleanup?

(e:flacidness) aand I took the bus down to d-town forThursday in the Square. We finally got to use one of (e:terry) 's IRS tokens. It's another big crowd, although I honestly don't know who's playing yet but I keep hearingpeople saying someone from Motley Crue.
Hope to see you all at Faherty's. 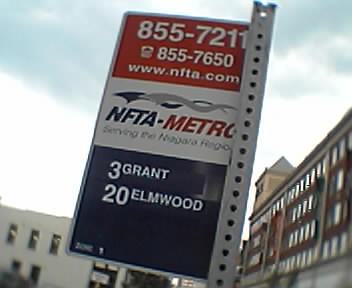 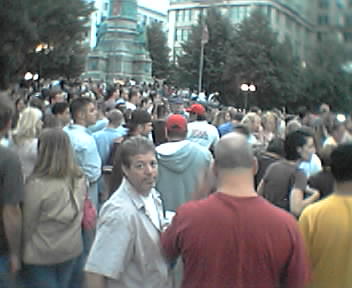 Calmari In the Trash - When Paul Cooks

I am not a cook. Today, (e:lilho) and I tried to fry calamari [dict]calamari[/dict] . It started with having to chop them into rings remove their brains. I fed the brains to this fish. (e:lilho) did the frying as I am afraid of oil. We did such a bad job and thanks to way to much salt, not hot enough oil, at gluten-free flour substiture, it came out really nasty. Like so nasty I don't even know how I feel about Calamari as a food. (e:lilho) just said ," ya, calamari (WIKIPEDIA - calamari) is now officially reserved for restaurants - I don't even want to look at it." It was so beyond editability that we had to throw it out.

From Bag with Lots of Intersive Processing by Paul and (e:lilho) 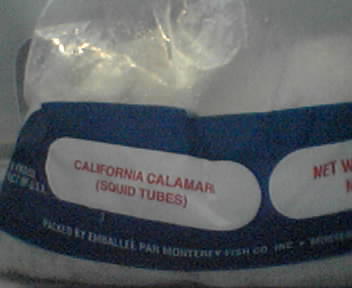 To frying Pan by (e:lilho) 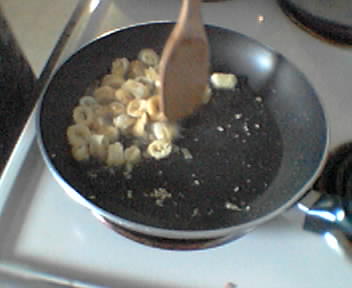 To trash can where they belong. 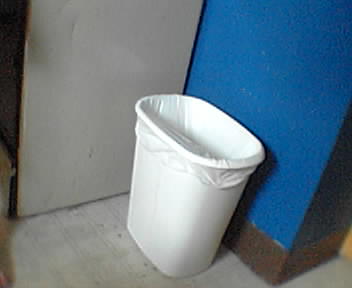 So now I am at the point where I will never cook again in my life. I would rather work hard on the computer and save enough money up to hire a cook and buy a dishwashing machine. What a waste of an hour!

Police at On The Run

(e:terry) , (e:matthew) and I used to live on lexington. There are always so many police at this gas station on elmwood and lexington. I always wondered why? I remember from when I lived there that they always were inside helping themselves to donuts and coffee.

Is it because the city can't afford a proper elmwood police station or is it just more fun. I have to say I am sure they lose a lot of business because of it. Especially on days like today when every avaiable parking spot is taken up by the police. It just seems intimidating, even if you are a law abiding citizen.

I guess in return they get lots of protection. 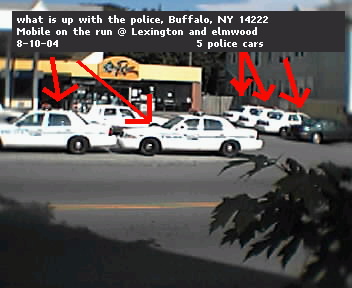 What do you guys think?

I am still working on Josephine's[search]josephine[/search] The Trial the Trail even though I am techinically not enrolled in a class right now. I am trying to do the theatre scene which is coming out really good as far as I am concerned. She is not in town till August 14th, so I hope she likes the results when she gets back.

The more time I spend working on PHP the more I miss 3D ,however, I think the web programming will be more useful for my future. It at least helps me share my other artwork!

This is the 2d story board they gave me to work with. 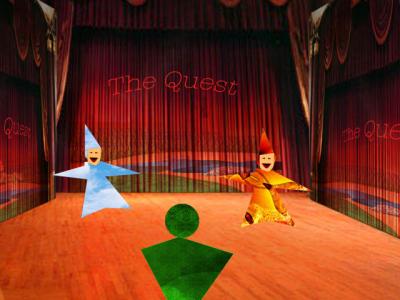 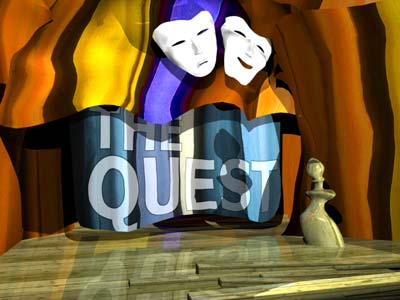 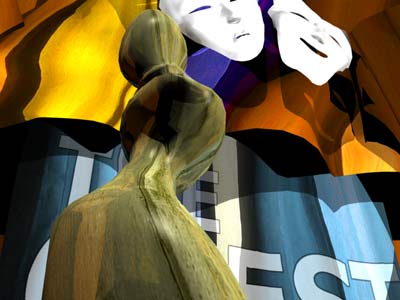 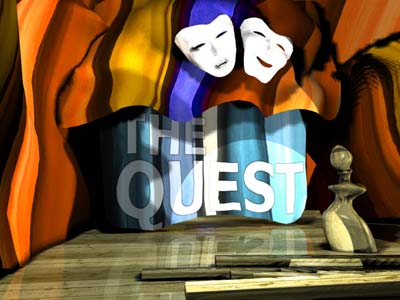 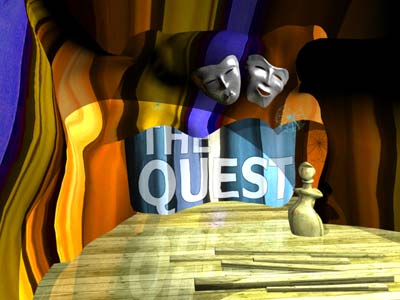 I was testing out the wikipedia stuff when I discovered a link about Buffalo, NY - cities requires city name followed by a comma and state name. (WIKIPEDIA - buffalo, New York)

They had this great picture of Lafayette square in 1922. Notice there was no grass at all practically. Who would have thought that we have mroe grass now. 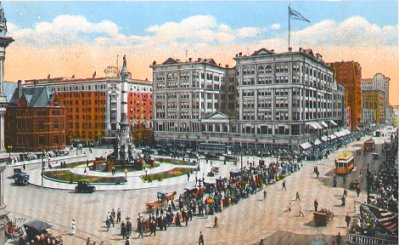 I also found a page about Steve Kurtz (WIKIPEDIA - Steve Kurtz) which still doesn't answer my question about what happend to him? Does anybody know?

Does Anyone Have Belly?

Does anyone remember Belly 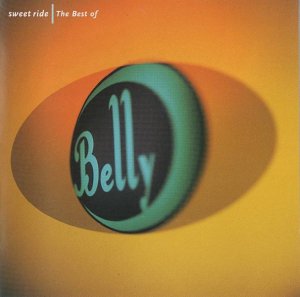 on one side and Belly on the other. It died like every other pre-2000 worldy possesions in Canistota, South Dakota when I got stuck in the corn fields with (e:terry) and had to give up everything in order to return to the source and make it to Germany in time.

Canistota was so weird. It was like an entirely different world than the giant western metropolises we had left behind. My advice, is do not ever go there. Everyone in town knew us within two days. The circus was coming to town and we couldn't get our melted engine car fixed for three weeks. At first we thought we could wait it out. While we were there we stayed in a clinic for Amish people. After week two we realized we had to just get out of there and forget about the car. When we tried to leave by hitchhiking away at night, the police came and told us they knew about us, and our story. Same at the gas station, the food place, etc. We eventually found this horse rancher woman who gave us a ride to Sioux Falls and then we caught a Grey Hound.

The town was so small, the guy who was supposed to fix our car was also the fireman, street cleaner,etc. Here is some census data, so you an see what I mean

Needless, to say the tape left witht the car, and the following year I left tapes behind in exchange for mp3s. I just skipped over the whole CD era. I never even had a discman. I never found Belly though. So does someone have it? I would like to put it on the radio.

(e:terry), (e:lilho) and I left e-ville tonight in search of gluten free pizza and beer for (e:matthew) . 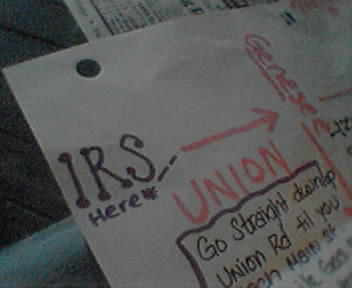 (e:southernyankee) drew this map for us to get here (MAP TO: 8020%20TRANSIT%20ROAD) . I was very fancy. Here are some clips from it. She could have a serious future in decorative cartography.
Pizza Plant is one of the few places where you can get gluten free conventional food such a pizza, beer, nachos, and sandwiches but only on wednesday night. 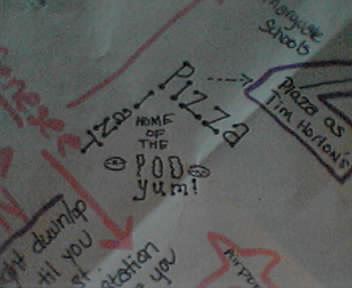 Unfortunately, it is more than a hop, skip, and a jump from e-ville. It is located in the premiere plaza on the left side of Transit past the Eastern Hills mall, coming from the airport. 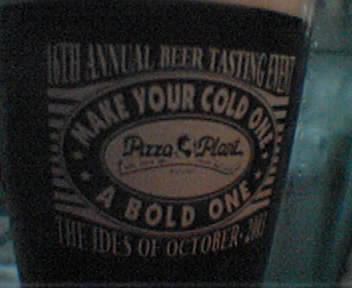 I would also like to go there, but I think there are tooo many of us. If everyone shows up that normally goes to the pink we wouldn't fit!

Does anyone object to this? If not I would like to publish it as an official event before 6 o"clock when I leave for Thursday in the Square. Faherty's can be found here (MAP TO: %20%20%20%20490%20%20ELMWOOD%20AVENUE). This is a great central location right in the middle of e-ville.