My new phone has the brightest flash. Here is (e:Mike) and I being blinded at Vera's last night. The pizza and drinks were delicious. The bar drinks reminded me a lot of the ones we had in NYC at Dutch Kills. 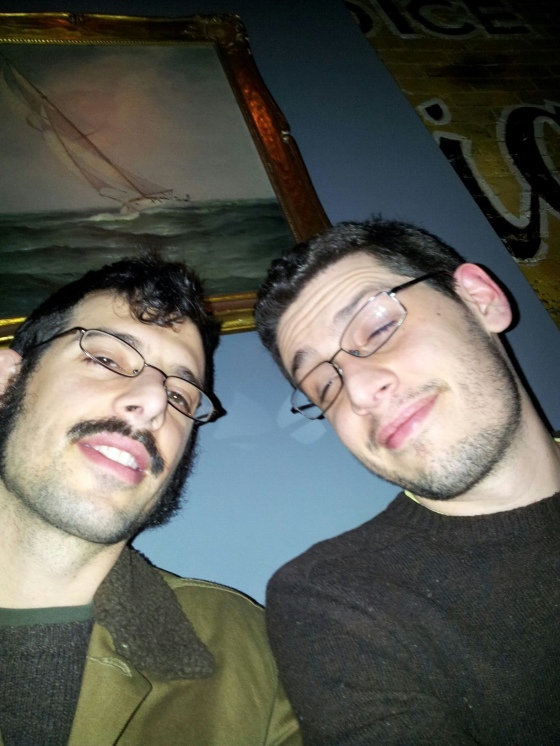 Not that I have a Camera Phone but
1. A great flash is a help for great pix
2. Of course the down side is that do you really want a flash going off in a bar or dimly lit bar it is better if it can somehow get that same shot with out one... Kinda doubt that is possible
2a. At least the flash lets everyone know you are taking pictures but again what is so great about a phone is people don't notice really

Mike looks like he is having a great time or maybe that is just the Flash.... I've never heard of that place but sure you guys had a great time.....

(e:matthew) is on iphone number 3. The first one died when he got so excited about obama being elected that he threw his phone on the floor and it shattered. The second one just died yesterday. When the first one died we went to the apple store and ended up paying $199 for a new one.

This time I had the idea to go ahead and search for refurb models. Believe it or not AT&T has refurbished iphone 3g's for only $49. I wish I knew that the first time. Not only that it came with a new charger and headphone. The two of those cost more than $49 at the apple store without the phone. I know because we have bought plenty of them.

It comes with a 90 day warranty too, which is the same warranty length he got on his last refurbished iphone from the apple store at $199.

This picture is very shiny but I did it on purpose to show the lack of scratches. It is perfect condition. 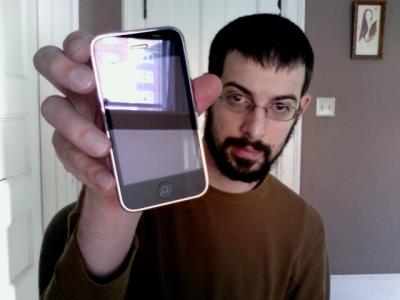 You need an AT&T contract - I got it from here 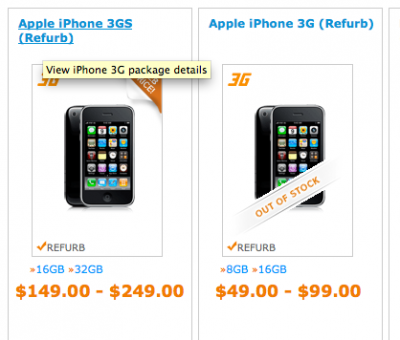 The 3G is slightly slower than the 3GS but it is much fast that the 2G iphone. It also has no compass or video recording. Also the shipping was fast. I went with the free shipping and it came in two days.

Hmm, does it make you renew your contract? I'm up for upgrade pricing in feb, but at this point I think I might as well wait for the next version, which should be out in july or so, right? But my 3g is starting to get cracks and stuff... If I could get a 3gs for $100 and NOT have to extend my contract I'd consider it...