(e:flacidness) and I went to pick (e:jesse) up from the airport on his way back from China. He is staying with us for the week. On the way to get (e:terry) from work we stopped at Anderson's on Union. I hadn't been there in a while but it's still the same. Did anyone ever notice the "anderson's girl" is a ripoff on wendy from wendy's only with blond hair? 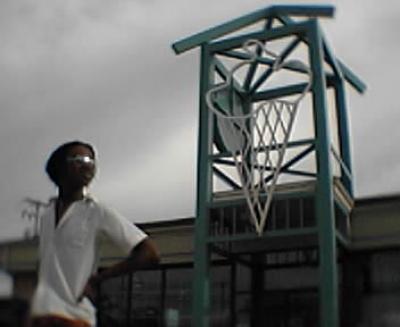 All my phones are gone

Every one of the six phones I ordered got refunded. Now I am back to not having a new phone, argh. I am not sure if the scam is with the sellers or with amazon. I ordered from every single phone on the first page for the phone I want on amazon. It makes me questiion the whole process. I mean amazon look is great because their is a whole page of cheap prices. But none of them are legit! One guy even wrote to me after amazon cancelled the order to say that he could still sell it to me if I sent a moneygram to romania. Ya, right.

At least I got the money back. I guess it pays to shop with an amazon visa on amazon. I still want a phone though. It feels really bad to go from having 6 mega cool phones to zero. I ordered one more, the next price up, just to see but I fear it will get cancelled too. Maybe I need to travel to finland.

Too bad Esteban stood me up or I could ask him to pick up a couple dozen the next time he goes to Tokyo.

I am a gambler

I just gambled a lot of freakin money on a scheme I had. i hope it works or I am never gambling again.

I just spent over $1000 on imported cell phones so that I could resell them. Needless to say I have plenty of those Nokia 9500 and Nokia 7710s now. I did this once before with bluetooth keyboards when they first came out. I bought about 8 of them and then resold them to pay for mine. If this woprks out I am going to become a cell phone importer. Do you think I need to declare this? Maybe I should ask (e:terry)

You really are insane. Well, at least you're the happy kind. lol.

i am intrigued- do elaborate.

Would you care to wager $1 that Hillary gets elected in '08? I just KNOW it's going to happen - the media wants it, there are new shows on TV now with women presidents to get us used to the idea. Cmon it's only a dollar!

I picked the phone

Last nigth before I wen tto bed I thought I ended up ordering the Nokia 7710 which you can see in my last journal. It turns out I forgot to click confirm and when I got up this morning it was a good $300 more expensive. I was really sad but it turned out to be okay. I went with Alison's advice and I ended up finding the Nokia 9500 so as to not have to deal with the stick. Although secretly, I want that phone too and plan on selling shit on ebay till I can have both. The best part is that both run the Symbiam OS which supports flash, svg, and javascript. Here is more info about mobile SVG

I am so exicted to fianlly have a phone that is really of european quality and not my stupid sidekick piece of crap. At least I think I will be.

oh my, aren't i influential?!

The time is ticking between now and the end of my cell phone contract and I still can't decide on a replacement for the sidekick. The sidekick was a nice phone but it is history now. I had it for two years and I am ready for something else. I was hoping something else with a stylus like the treo 650 but when I went to go test it out at the store, I couldn't type on because my fingers were to big for the stupid litlle keys. I hated it.

Seeing as I am determined to have a phone with a nice web browser, instant messenging, bluetooth, GPRS (with edge capabilty) a camera, and a non windows OS, I am down to two choices both from nokia. I also like nokia because they are real up front about development on the phone unlinke stupid danger which thwarted my every move. 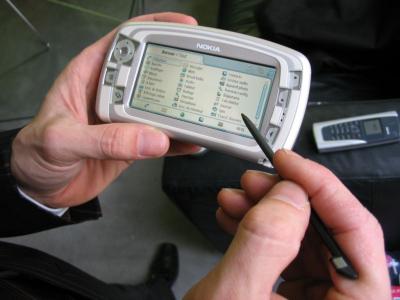 The nokia 7710 is so cute. It is a totaly touchscreen stylus driven operating system. The problem is that it has no keyboard. It does have an onscreen keyboard and can do handwriting recognition. That could work out for me. The camera is 1.3mp which is awesome and it can record video. It also comes complete with flash player 6 and a 640 x 300 screen. Unfortunately, it does not have wifi. 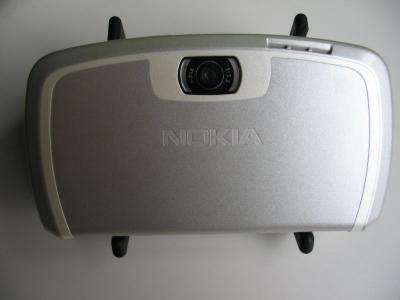 Which leads me to the Nokia 9500 Communicator.

This baby has bluetooth, 802.11b wifi, and a keyboard. The camera is only 640 x 480px. It does do video and it runs an older operating system symbian 80 which is actually probably better because it means there is more stuff developed for it. The phone is heavier and seeing as I am not using the phone part I find that whole part unnecessary. I really like the idea of having 802.11b because there are so many times I am on the go and there are 802.11b networks. It would almost make having edge not very important, although having edge might make the 802.11b very unimportant. At least the wifi is free!

What the hell am I gonna do. I have like 20 days to decide on a new phone and maybe even a new carrier although I don't know how anyone could turn down t-mobiles $29.00 all you can eat internet plan even if it is slower than cingulare's edge plan. 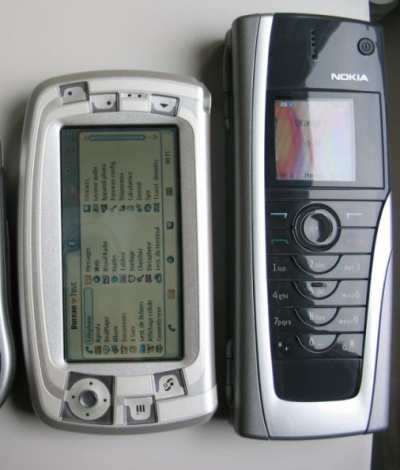 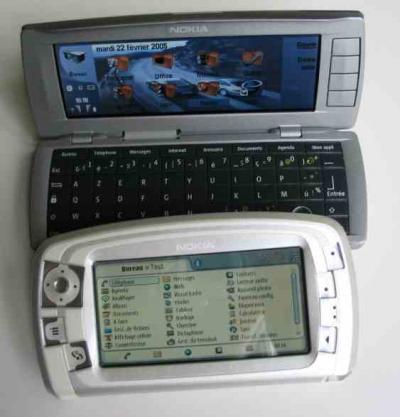 I just saw the iphone edge speed reports at dslreports.com. iPhones on ATT EDGE: averaging 121 kbit (540 samples) That is the same speed I used to get with my nokia 7710 on cingular back in 1995. It means that in two years they have not improved their network at all. Fuck that.

go with the second one- i think i'd kill myself if i had to use that little toothpick every time i picked up my phone.

Hey I am testing the site on a local server

and want to get an idea bout the speed. If any of you online could visit this addr tonight and leave me a comment about the pseed I would greatly appreciate it. i am most concerned if it is faster, slower or the same as elmwood.

It's running off the home supercomp.

Yes, it is the server at my house but I am not supposed to be running a server off it so, now I need to decide if the convenience and speed of having it at home is worth around $100 per month when I am paying only $39 right now.

I concur... from long range! Just curious... is this the server you were telling me about at the party?

It is a mirror of the site form yesterday. Good, now that it is faster I just need to get a legimate connection and reliable electricity.

it's much faster but thinks it is yesterday

hey paul- i find the site at the end of the link to be much faster.

(e:ladycroft) brought us the biggest zuchinis.I wonder what kind of gentech factory she has going on, lol. I am finally getting a chance to cook one up. This one is being paired with red onions. I wish I could make those yummy squares that she made for the party! 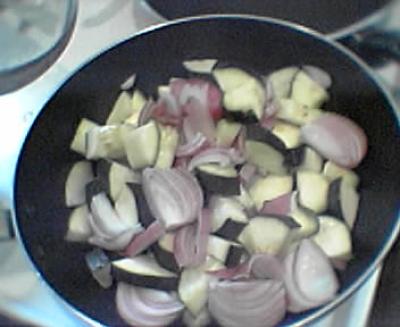 So I admit I am still not done converting every thing to linux, although I no longer have windows. I can't believe how exciting to get everything working even if it is time consuming. This morning the ipod shuffle began to work. It is nice because it doesn't control or lock your ipod to the computer. You can take it anywhere and take the data off of it or put data on it. I like it that way. You can also listen to the songs while it is plugged in.

Just now I got the wacom tablet to work, which was just short of a miracle.

Although, this looks like crap, it is a testement to my effort trying out all the settings on it with the gimp. 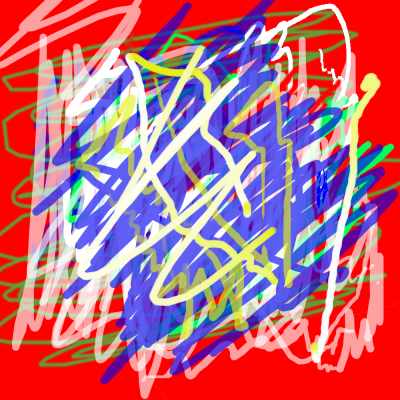 paul, i love you for spending yr time this way.

Back from Camping At Brushwood

with our friends Dave, Pat, and Terry this weekend. It turned out to be a pagan woman's retreat weekend which was really strange but interesting. The camp is laid out in sections by the elements. Our camp was near the air shrine. At night they had a gigantic bonfire and lots of large gaia worhshipping ladies danced topless around it. I think one woman had breasts as large as my entire body.

I kind of felt really out of place but they didn't seem to care that we were there. It was cool to see woman who's body image concept was so different than that of most of our friends. They seemed so content with themselves. Our friend terry (female) and (e:terry) got really into the dance. (e:terry) was mad I wouldn't dance but I felt werid being the only other man dancing. 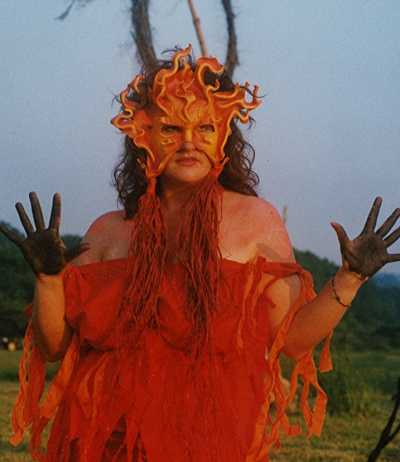 Apparently, there are some really big crazy festivals there during the summer, but we missed both of them. I think that we will try to hit a festival next year. Here is a

for their x-day festival which looks crazy. I think (e:hodown) and I went one time when we were like 17 but left when we got there because we were weirded out and it was expensive for our high school budgets.

I think I um &quot;dated&quot; a girl that attended Brushwood once before. I saw some pictures and was like um...... yeah......

I made a maternity &quot;frock&quot; for a pregnant witch when I lived in Boston. There's a pretty big pagan community there being near Salem and all. There was some big ritual/festival coming up and apparently wiccan maternity wear is hard to come by. Strangest sewing consignment job I've had so far, except maybe some burning man stuff.

We were supposed to leave for camping early this morning. We forgot about the way we had left stuff off after the last adventure where we we uncovered the new breed of plastic mites that ate my phone. I swear they are a sign of the apocolypse.

I found more of them in an old plastic camping backpack in our closet. Once again, they were only on plastic stuff. A polyester hoody, a plastic suitcase and the plastic backpack. Do they eat plastic? They look just like dust mites and don't bite. I am going to get a usb microscope this week and then I will figure it all out, if they don't eat the mircroscope.

I need to cut my beard again, it looks so mscruffy right now. 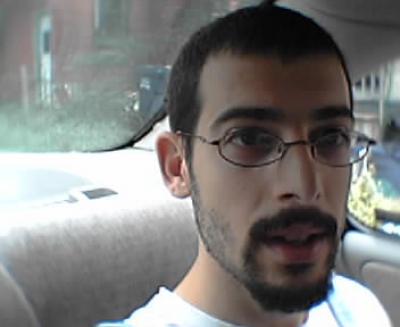 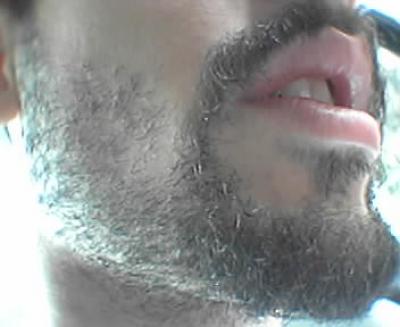 (e:Paul), you KNOW I support you in anything you want or need to do. But could you PLEASE give me a little advance warning next time you're about to run off to naked camp? I'm at a critical crossroads here! Thanks.