I want a mini-computer so bad. The laptop I want, is the new Sony Vaio X505. It weighs only 825grams. And is less than one inch thick.

I mean, I love my M60 super-laptop. It is seriously the best desktop replacement I could ever have in a to-go box. Unfortunately, it is very big and clunky. Well, I guess not much bigger than my powerbook was, but definately not a mini-comp and not somehtign I could whip out in the train station or on a plane so easily.

At the conference last week, everyone seemed to have a mini computers. I think if I had one, I would do a lot more programming on the go. Unfortunately, I now have this $4000 super laptop and no more funds. 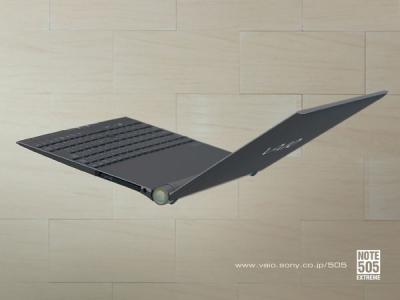 So if anyone wants to buy this for me in honor of the site progressing, feel free. They have one on ebay. 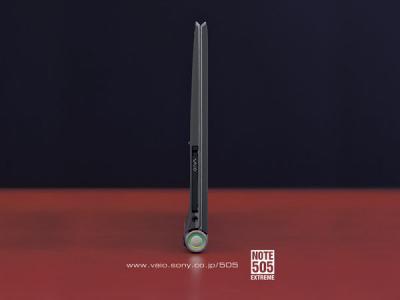 I hope this makes sense

Q. Why is there no collaboration between me and my televsion?
A.I was never really into it when I was younger, so I never developed the "proper" tools to think that way.

Most importantly though, because I have unleanred the skill both intentionally and unintentionally. Since the internet first became so ultimately consumable I have been using computer to surf the web. When I think about anything, it often triggers another side-thought and I just follow it around the web. Then it trigger another and another tangent. For some people this makes them unfocused, but for me I think it concentrates my productivity. I find that that style helps me think faster, even if it is about more tangentially related subjects. So when I watch video in its linear format I get carried with questions about every little bit and I can't follow them in any pattern I want. I feels like I am being told what to do, where to look, and how to feel. I guess that is the entire idea behind drama. That's why you can't talk in a theatre. I don't trust anything where you are not allowed to talk. What kind of situation demand no communicating besides one with power relationship.

On the internet I can view, search and talk all I want, to many people at once. With the movieI have to continue to look ofward in time, downa specific path and not out to the side. What about drama demands full attention? Is it the feeling of emotional attachment to the subject through hypnotism?!

Good bye linear narratives althogther, it seems so freakin archane, I'd rather "crawl."

Only four people showed up. It was pretty depressive. However, I am really glad I met Christoph Spear. He was the silver lining of the conference for me. I will have to start reading his book soon. I would suggest it to you'll but it is written in German. Maybe I will explain it when I read it, could be useful to all of you interested in free cooperation and collaboration.

Workshop by Paul and Holly

Holly and I are I am hosting a workshop on Sunday at the UB CFA for the collaboration conference. We will be discussing using PHP and MySQL Databases for web collaboration. It is at 12:00ish in the CFA, come check it out. 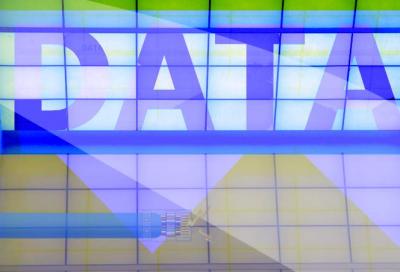 I heard lots of people talking about htis yesterday. What is up with the massive paper waste with the Collaborative Network conference at UB? It makes me sick that no one had any environmental concerns during its production. I cannot believe the giant font and the many blank areas on 11 x 17 paper. It should have been so much smaller with the rest of it on the web. Especially considering that it is a new media conference.

And only a day after Earth Day!

Holly this one is for you. Hurry up and switch to painting. According to Reuters today ...

... "What I found was pretty consistent with the death finding actually, female poets were much more likely to suffer from mental illness (e.g., be hospitalized, commit suicide, attempt suicide) than any other kind of writer and more likely than other eminent women," he said.

For once the weather on Elmwood is beginning to be pleasant. Befoer I went to bed this mornig at 5am, I noticed it was extremely foggy but without my classess I had mistooken it for heavy snow, so I was glad to see it was not when I woke up. I don't think I want to see heavy snow anymore, at least not till September.

I have so much stuff to do for other people on other timelines. I hope that I can manage it all. In the mean time Alias came out with the new version 6 of Maya

I am beginning to question Digital Media Arts is a smart carrier choice. I mean, will I have to learn new stuff every year until I retire when Maya 75 comes out. I was kind of hoping to teach the history of Digital Media Arts as I get older. Seems like that could be safe.

I am also dying to work on more cell phoen features for the site and to read Howard Rheingold's Smart Mobs, but the time is really hard to find.

I know this isn't very local but I think it is an important step in the wrong direction for the future of computers.

Microsoft has hired one of its worst enemies, the SuSE Linux salesman whose efforts led the city of Munich to adopt Linux and open-source software instead of Microsoft's products.

. . . The new hire will be an asset at Microsoft, Governor predicted. "He's obviously a guy who well understands the dynamics of selling to European public sector organizations, and he understands the huge difficulties that the open-source community has had in delivering on the Munich contract," Governor said. "He will make a wonderful figurehead for Microsoft."

The bush protest was crazy. At least 1000 people turned out to show support against Bush and his regime.

I took a lot of pictures which are all on the elmwood journal. This was my favorite.
They crossed at just the right moment. 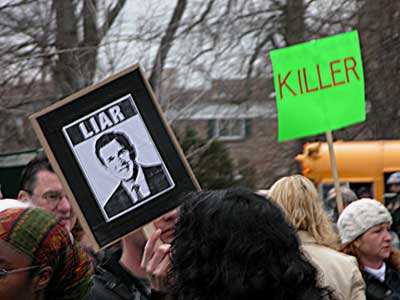 I was amazed that the only pro-bush people I met were anti-abortion activists. I had an interesting conversation with one, when she told me it was not ok to abort babies, but it was ok to bomb them. With one catch - as long as they are the children of satan. Great!

Terry got into the pro-bush crwod and pretended to be a nazi supporter for bush. See the pic on the elmwood journal. It was really freakin hillarious because this one Bush supporter really looked liek a neo-nazi and he was right up in front of the news cameras. I think this could be a geeat future tactic to subvert the message of the Bush supporters.

Lots of people we knew showed up. Christoph seemed to have a good time and ended up with Tony Conrad and Stephanie (pricessbuffalo?) Stickboy was there, so was Robin, emily, kevin, theresa, Chris Outlaw, and Cyan. We even met a couple of new people that seemed pretty cool. At least they wern't afraid to really stick up for what they believe in. Those are the kind of people I like.

Tony and Stephanie took christoph out to brunch, which was nice. He seemd excited to talk about the conference with them.

What really freaked me out was the mass of Scientologists. I have a feeling they are up to no good, but I guess I do not know enough to judge them yet. Sounds like research time.