I have become really concerned with the idea of lung cancer and as my lungs hurt this morning from the party last night, I decided to dedicate today's artwork to freaking myself out in order to make myself quit. 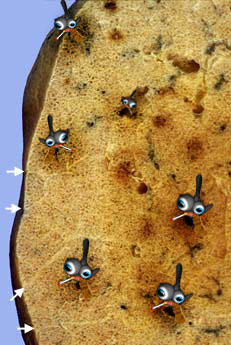 I designed these picture compositing 3D lung cancer monsters with real lung images. I used Maya and photoshop for the composites. 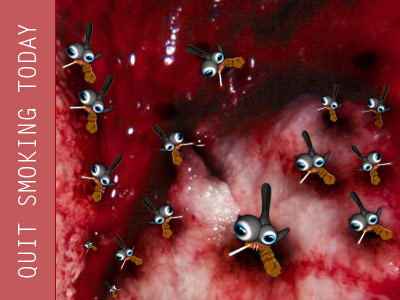 Can this bring about peace

"- The United States and North Korea appeared as far apart as ever on Friday over Pyongyang's suspected nuclear program at talks overshadowed by a warning some of its leaders wanted to test an atomic device." 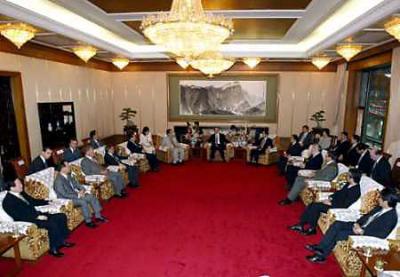 Does anyone think the picture above looks the least bit conduisive to holding talks about global nuclear warfare?

To me its looks like a bunch of plush lounge chairs and some overly rich jerks, laughing about the future of civilian control. Maybe we should host a elmwoodstrip.com conference on something important and let everyone bring a recliner.

Whoa, [inlink]kacey,7[/inlink] I completely read I love "acid" instead of "ani d" until I noticed the next journal entry down.

Crazy Night at the Pink

Wow, what a night full of epeepers. 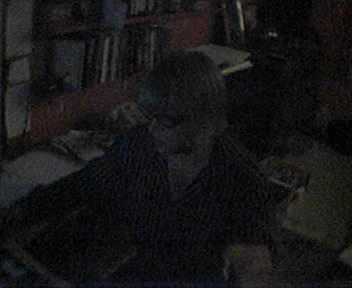 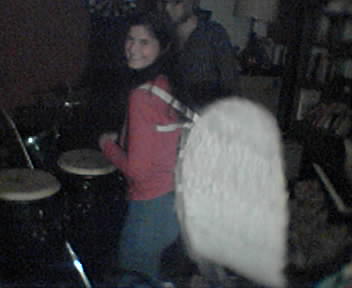 Afterwards we headed over to the humble abode of (e:keith) for a dance party. It was an awesome place to be on a saturday night. A dance party in fact.
I finally told people about the secrets behind the

revolution. We'll see how it goes. 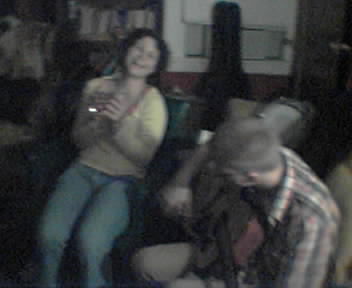 Here is (e:flacidness) not living up to his namesake

My Chat With Mike

So Mike and I were testing out the new IM integration stuff and while chatting my window turned into this.

I didn't do it, mike didn't do it. Does anyone knwo how this happend. I have never seen it before and want to know how to customize it.

to the CAE Defense Fund site for Steve Kurtz and Co. Check it out, there are links to the photos from the protest downtown. 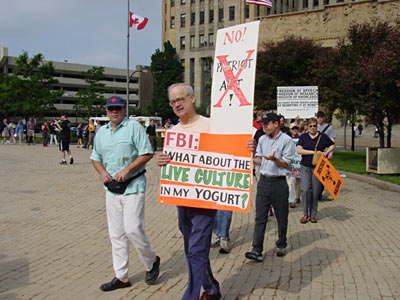 This is my favorite picture from the site. It is Tony Conrad. I heart Tony Conrad even though we have never really spoken. It has been on my "to do" list since 8 months ago. I need to talk with him to graduate and I somehow can never get the courage up to do it. One time, I actually met him and said, I need to talk to you so I can graduate, although I honetsly question if graudation will ever happen now that I have lost interest.

I asked if we could set up a meeting and he said sure. I said I would send him an email. He repsonded, "Does that really sound like a good idea to you." In my head I thought, "yes, it sounds like a good idea, I am a child of the information revolution." Then he said, "email is not good for setting up appointments and to call him on the phone at his house."

So after a couple days, I got up the courage to call him and then he never called back. Sorry I really don't have an ending for this one except that it's still on the to do list.

Here is a [inlink]paul,757[/inlink] to my original journal when we got this. Live soundtrack is on the journal. 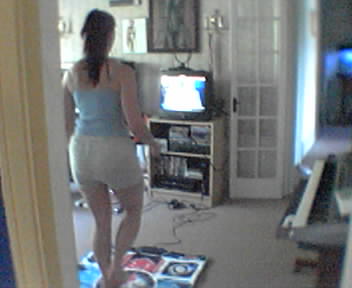 On another note, the class I was teaching is done. We scheduled one extra class for next week. Now I am free to pursue some programming jobs and begin work on

We came out to see (e:stickboy) at Coffee & for open mic night. 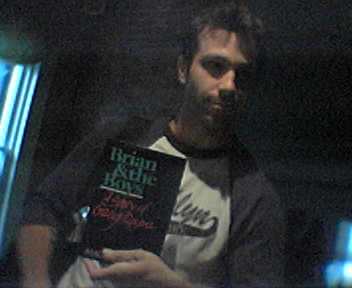 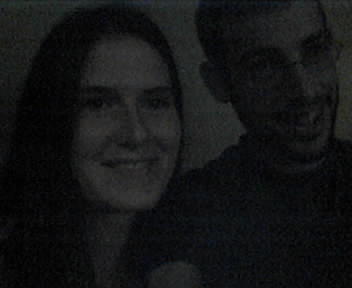 Stickboy hasn't spoken yet. I hope he does. Go to the midiprom at emily's on on Friday, June 25th. See (e:emily) for more info 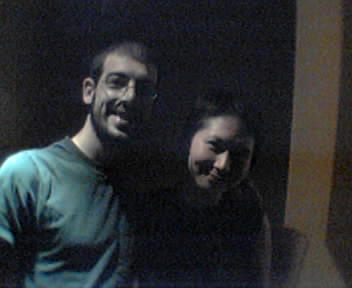 Although, I appear to always been online.

Really, just my phone is. However, you can always send me a message though, and I will get it when I return to my phone, which is often. It is the best way to conatct me.

May I also suggest RSS feeds for people who want to conveniently see the last twenty journal entries in an ultra fast and portable way, see the (e:info) journal's fav five for more info on how this works.

On another note I hate summer, I am not able to get anything done anymore. I have way too many social obligations. I want to be a cyborg in a desolate, winter landscape. 010010101...