the eye doctor told me I have excellent dilation with the drops. he said they open so wide and make his exam so much easier. but seriously my eyes look insane right now . there is almost none of the color part showing. its just like one big black circle. the cashier at cvs gave me a crazy look. 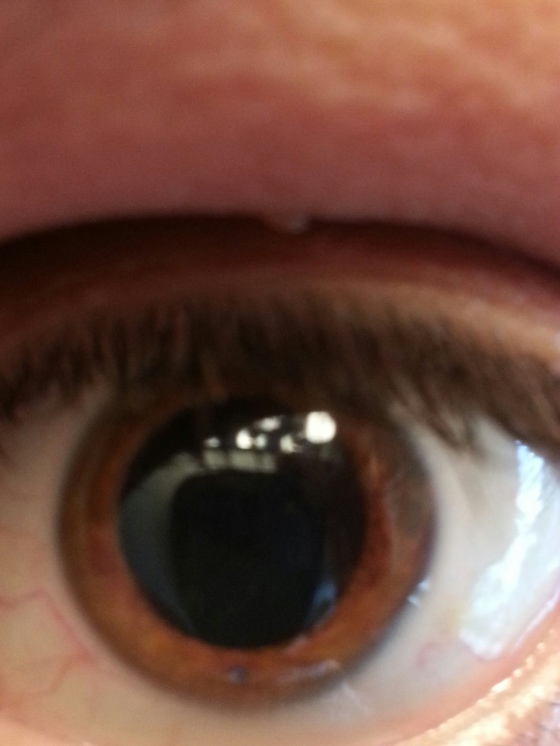 I don't wanna make a big deal about it but I kinda won the drinking wine out of a box spigot the longest without stopping contest. The key was putting the whole thing in your mouth and not letting someone just pour it. Anywho that wasn't the point of this post.

I went to a Bill's watching part at my friend's house and a bunch of ladies and their husbands/boyfriends were there. The guys (minus me) definitely cared about football more but we all enjoyed but anyway the funny part is that the guys (once again minus me) did all the cooking of all the food. Like they kept making food for everyone throughout the game and were watching the game on this tiny little tv in the kitchen while cooking while we who did not care nearly as much watched it on a huge tv and just gorged ourself on all this delicious food.

It seemed like such a role reversal of how you would imagine a football party to go. LIke you would think it would be ladies cooking and in the ktichen and the men sitting back just eating and stuff. The times they are a changing. At least in my world.

ALl in all a really fun delicious day. OOOH and i called like three times what was about to happen in the game and then it did and I only know like three football moves but I called them all!

Celia Cruz is My New Idol

Started thinking about what to be this year and I really have no idea. Then I came across this video ...and I want to be celia cruz in every outfit in this video! OMG The costumes are all amazing and you all know I love several costume changes over the night....but I think it might too complicated and most people would not know what it was..

And frankly we all know I would just end up being the naked girl in the video by the end of the night...

Dammit. I want to be there when you are Celia Cruz. Unfair! I would have brought my non-existent salsa skills!

So prolly anyone who knows me knows that once I hate a person it is pretty much for life. Sometimes I will decide something someone does bothers me to an extent that is really extreme and an overreaction but it doesn't really matter and it is pretty much how I will feel about them for the rest of my life. I know it's not my best quality but its definitely there. THere are a few exceptions and really it tends to last more on people I don't really have to deal with much if ever again.

Anywho, in my canisius orientation for college back in 2001 there was this kid that I just could not stand. I cannot remember why but I am pretty sure it was something to do with him thinking he was so great and so much better than anyone else. I am pretty sure we only interacted for around ten minutes but sometimes that is just enough for me to make an opinion for life. Maybe (e:Mk) remembers..she is the only person who might remember. Anywho, for whatever reason, which was probably legit at the time I have really pretty much hated this person for the next ten to fifteen years. Mind you I never saw them really , sometimes around town and in my head they kept justifying my dislike of them even though I actually had no interaction wiht them or any reason to really feel that way. As I"ve said before, it's not my best quality.

WEll anywho, maybe like a year or so ago I realized this person is now a drag queen that I have seen perform and frankly I enjoy their performances but couldn't admit it because my inner dislike was so strong.

AND THEN WEPA happened. Last night this was the performance. I never heard this song before but something about the song and the performance made me realize , maybe it is time to let the hatred (that I can't even remember why it started) go. I'd like to think maybe I"m maturing ...or maybe Gloria Estefan is just that damn amazing.

The funny part is letting go of the hatred really will change my life in no way. We have no similar circles or anywhere where we would interact but somehow it still feels good to let it go. Now thinking about it I hope they never see this journal because frankly I can admit I look a little crazy that i have thought about this so much over a ten minute interaction almost 15 years ago.

Okay, you are letting go. I am taking it on. That video was head-ache inducing...

I can't believe you are letting go. You should send this to Gloria. I am sure she would find it heart warming.

I'm going Friday to visit my friend Maureen who lives in Boston. We have been friends since sixth grade when we played the clarinet together. We have been the best of friends ever since. It was really amazing how quickly we just got along and really understood each other. We are very different but somehow it just worked. She was also my first true love and for obvious reasons that never worked out but for years I wanted nothing more than to spend the rest of my life with her. She always understood my quirks and all my oddities.

She went away to college and hasn't lived in Buffalo for any significant period since but we have never lost touch and have always stayed close. Though we don't talk on the phone all the time or see each other often, no matter what I ever need , I always know she is just a phone calla way. And when she comes back or when I go to visit her in Boston , things just fall right back in place like they never changed.

We can spend hours just chatting about everything and anything. I can tell her anything and she always has wise words or just is able to help me get my mind off whatever is going wrong. Whenver I did something to mess up my life in some way as we all know I am apt to do every couple of years she is there to not let me off scott free, she lets me know I was wrong but she is there to let me know everything would be ok and things would always turn out all right.

Over the years, I have felt like it was unfair what a good friend she has always been to me and I don't know I can ever be the same to her. I am just not that person. SHe is the one that knows what to do , how to handle any situation, lights up any room and just makes everyone feel better. I have many amazing friends but I don't think there is anyone else who I turn to faster when I need someone to listen and give me advice...or go to the Taste of Buffalo with..we really are the best Taste of Buffalo partners. We have lots of rules but really it makes it the best experience.

I cannot wait to see her this weekend!

We also take really good pictures together and that is important in itself haha. Here are a few from facebook : 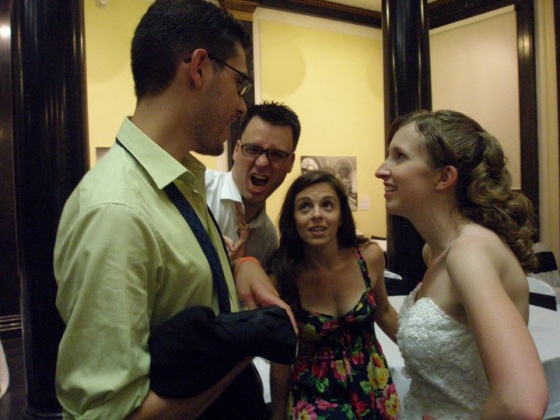 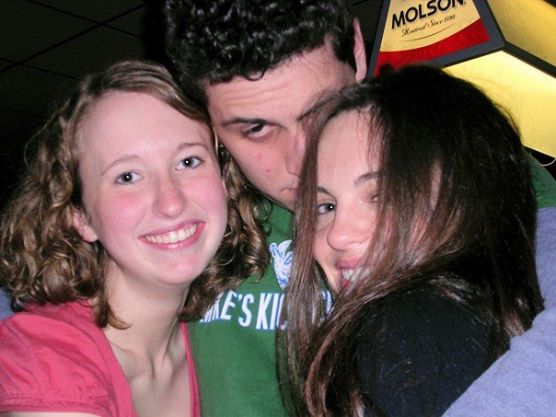 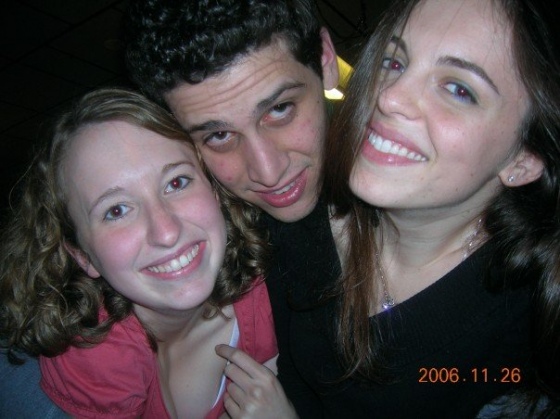 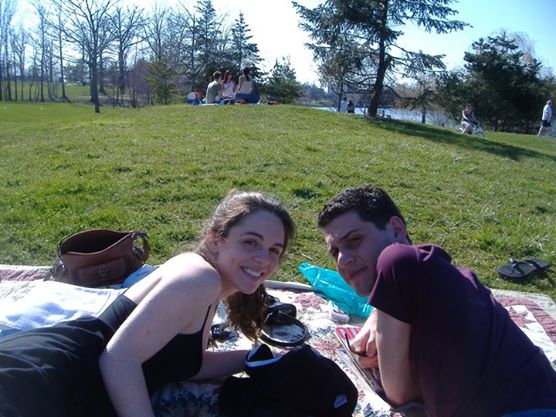 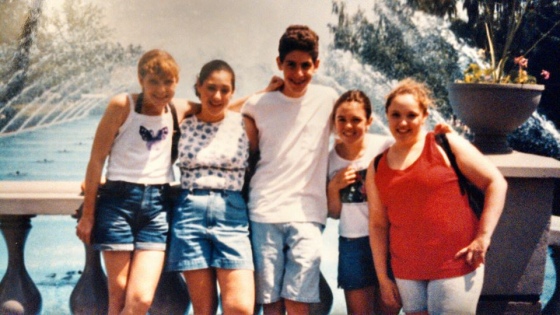 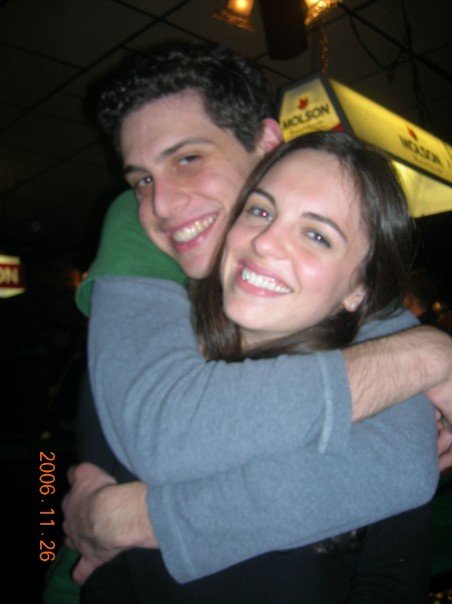 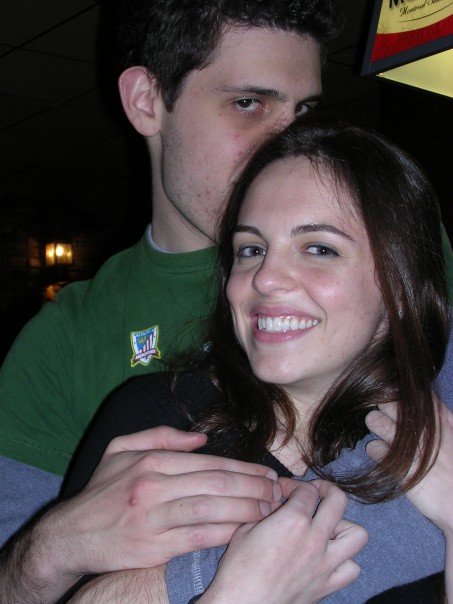 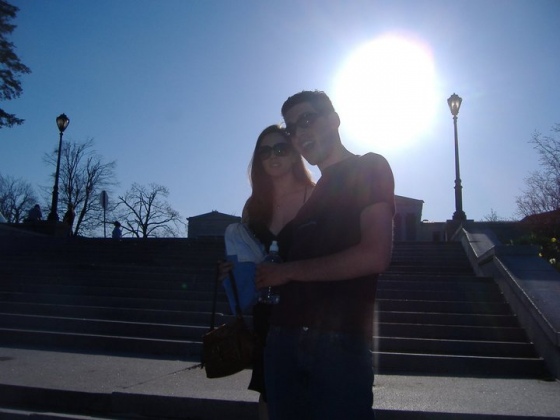 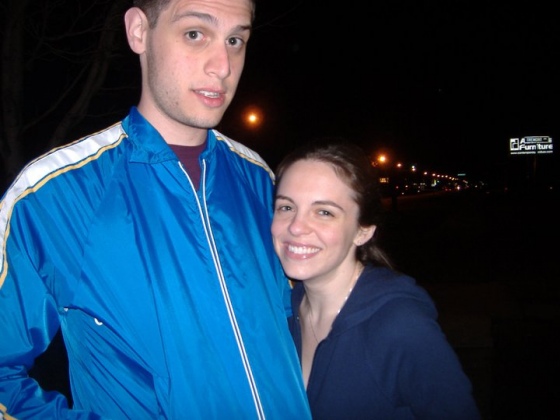 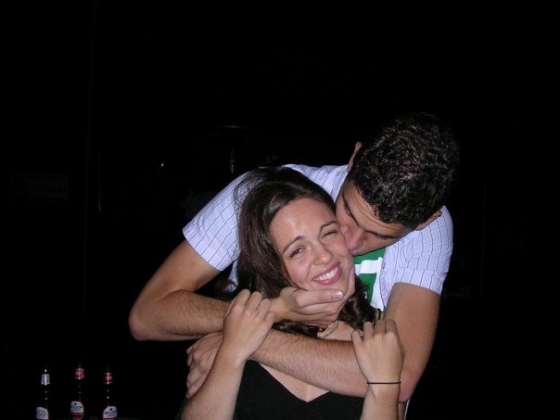 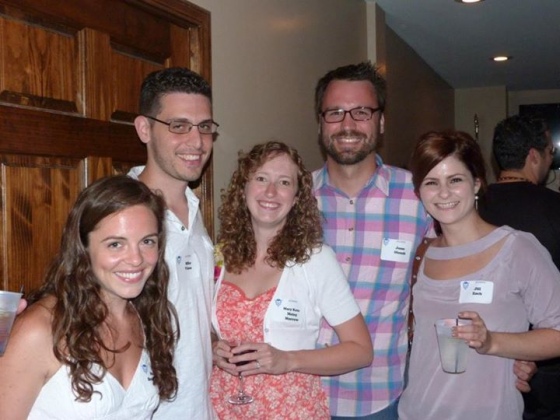 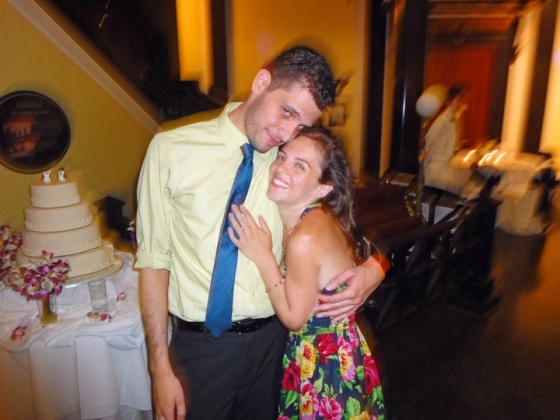 Maureen is such a beautiful person inside and out! I'm so happy to have gotten to know her through you. So glad you are able to go to Boston to be with her. I love all the pictures! 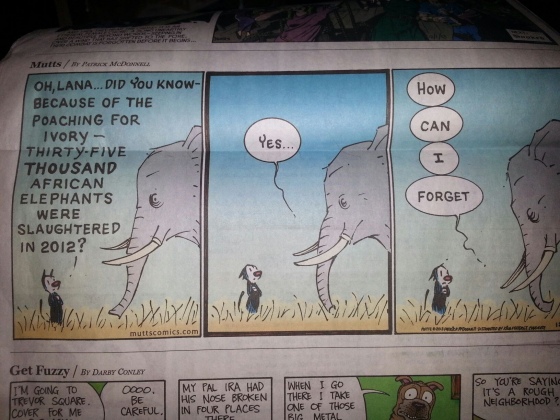 last weekend we went to fantasee islands going away party at the underground. it was cray cray. like a million drag queens performed. I actually started crying after she did a little speech and lip synched to one moment in time. you know I am a sucker for any kind of of memories even if theu aren't mine. 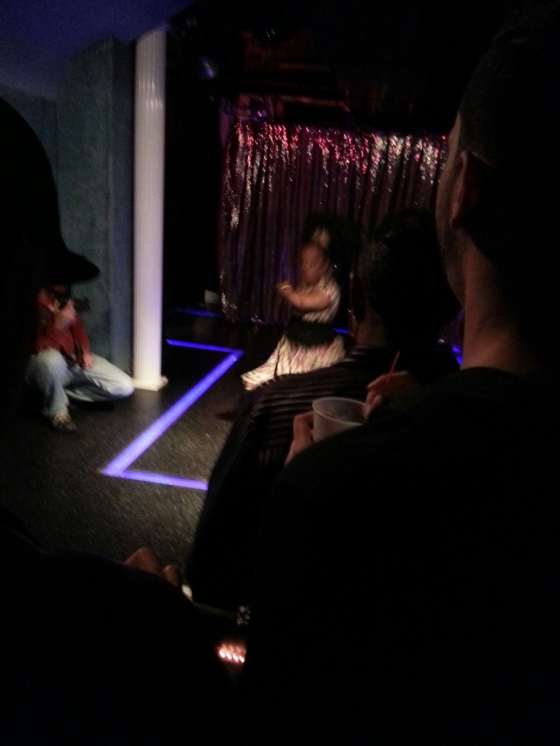 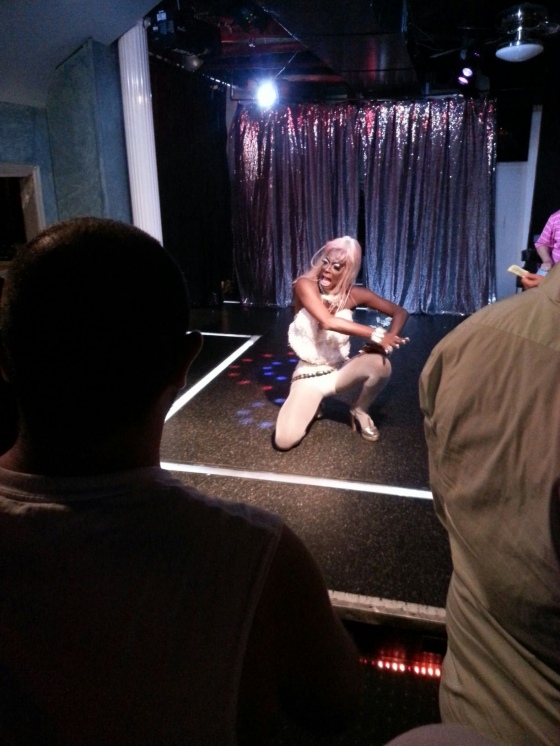 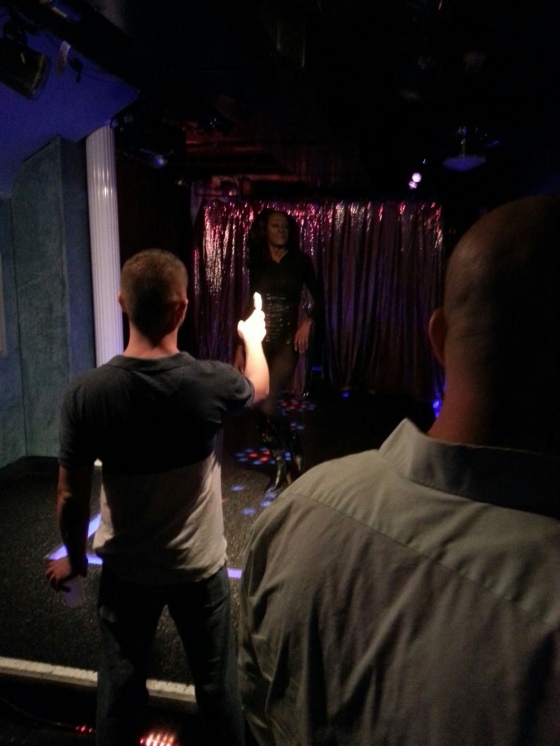 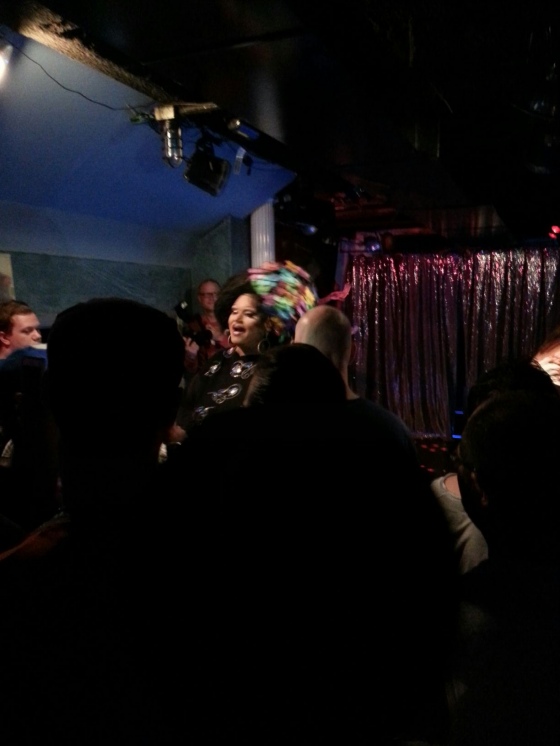 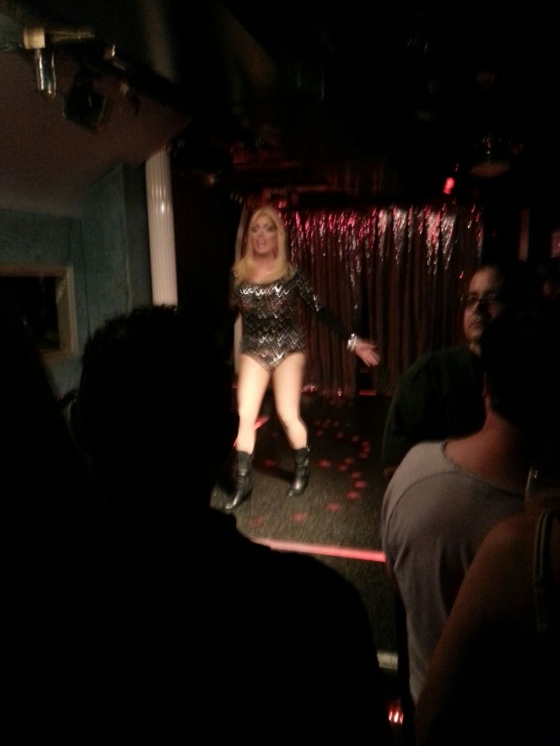 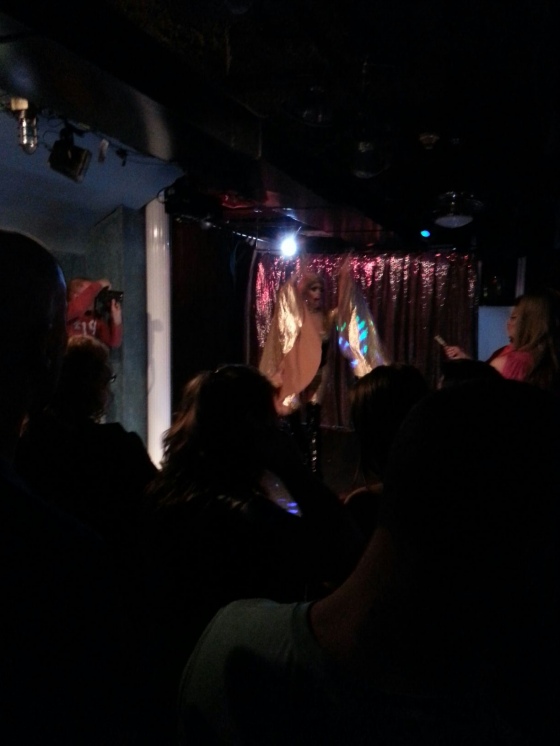 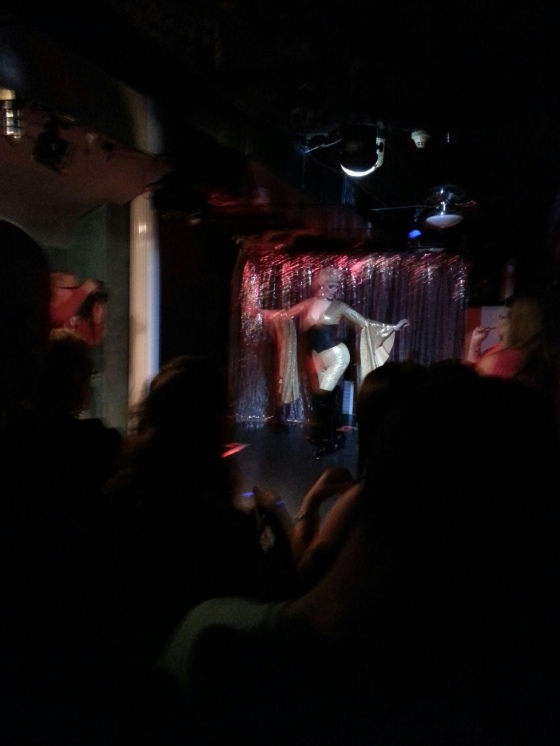 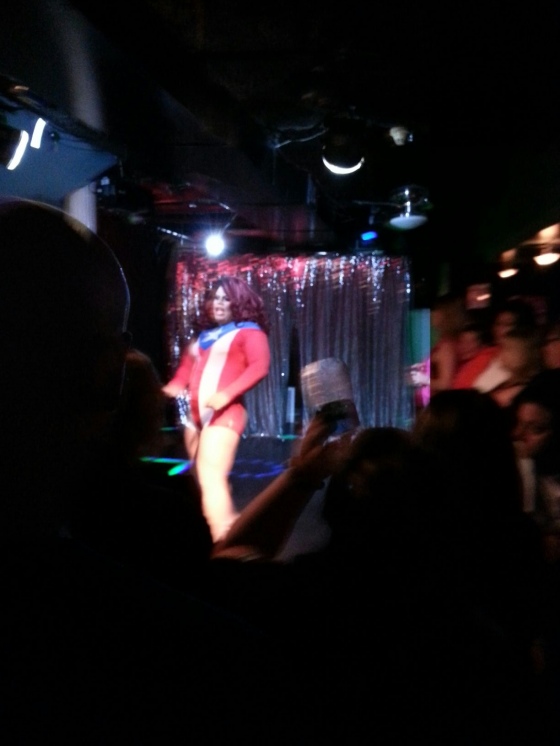 getting ready to go to dinner at hutchs the night before I turn 31 wishing I had kept the promise I made to myself when I turned 30 I would get in shape before 31. note to self...our goal for this year is to have no belly hanging over my jeans by 32 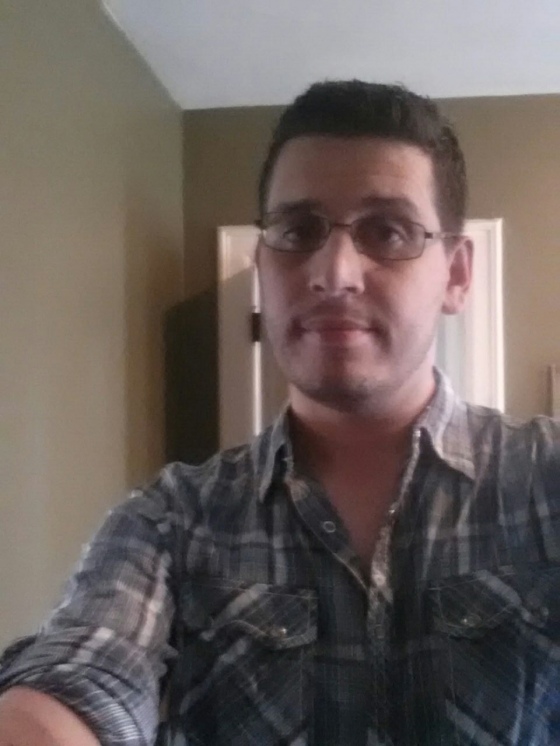 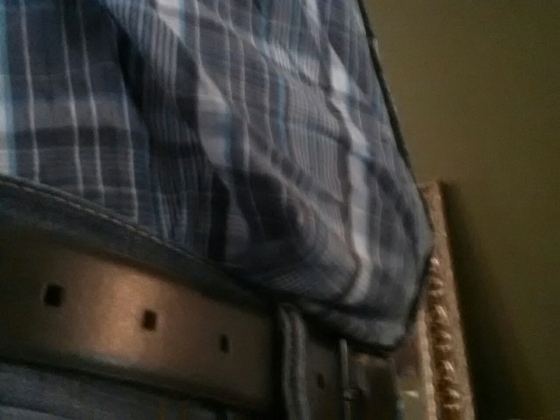 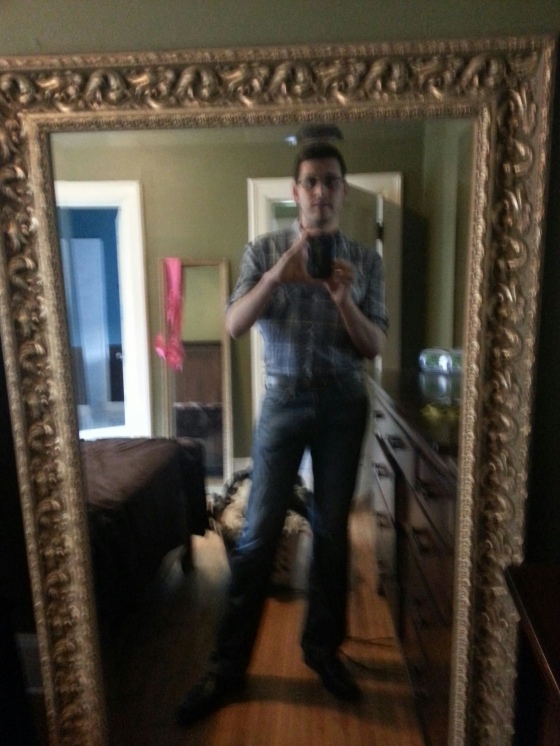 As someone who just crossed over to the dark side of 40, I can tell you that as the years in your 30s pass by, it never gets any easier.

I'm still working on the same goals at 37.

my coworkers decorated my desk in an awesome metallic and faux diamond motif ! amzing ! and even andy cohen and a unicorn glass was included in the show ! 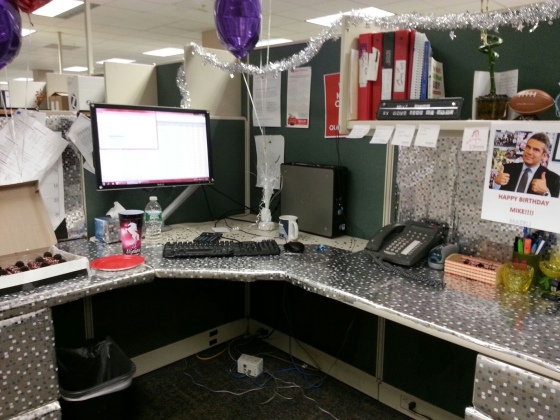 happy birthday to you dear mike
wish the best
<3

I don't think truer words have ever been spoken. 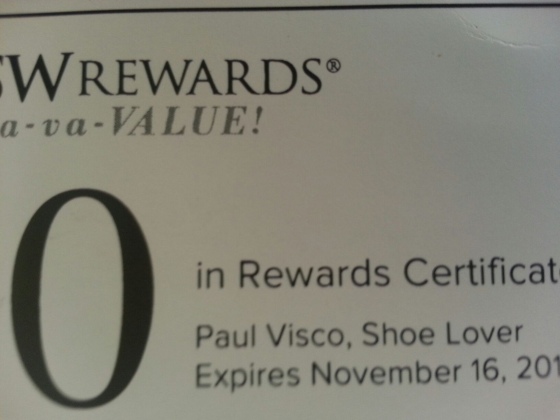 Its an official title. I had to get a degree for that.