So another employer tries to screw me over...

The golf club had a seasonal bartender shift with an 8/hr pay differential from what I make as a server. I was unaware during the busy season that when I was working 11-close as a server, I was supposed to be making that higher rate after 3.

The reason I was unaware of this was because everyone was doing different things and many other servers were unaware as well. There was no staff meeting(ever), and there was a memo posted once which was taken down not long after and no one seems to have this memo anymore. I was never given a copy of the memo. I made an inquiry with my boss after finding out from another employee that I had not been clocking in and out and marking my time card right. My boss never followed up with me.

Over two weeks ago, I approached HR and they said thy would look into it. I knew another employee has an adjustment on her check because of this and it was done promptly for her. HR told me that it was a long process since it had been months of work they had to look through and that they had found some errors.

This week I approached HR several more times and was given no valid information or any idea of how much the golf club owes me as it was "still being looked into". I requested to see my time cards and my files so that I could have proof that I was paid correctly. This request was denied.

Yesterday, I met with the owner who immediately expressed to me how "appalled" he is with me and that this whole situation is my fault. He then proceeded to tell me about other non-college educated employees who were capable of marking their time cards as they were supposed to. I told him that I had asked several different managers about this and nobody informed me that I was supposed to be clocking out and back in after 3pm to receive the bartender rate. I also told him several other servers were not even aware of this situation. He proceeded to tell me that they terrible records and they didn't have to pay me the money if he didn't want to, but that he would do what he feels is fair.

I marched my myself home(well, I actually drove) and began my research:

Employees are required to keep records of employee time, pay, and wages for at least three years. This is a mandatory federal law under the Fair Labor Standards Act.

I then looked at the employee handbook where it stated that employees were allowed access to their personnel file once a year, and that a request should be made(which I did), but was denied.

I also looked up the laws on back pay, and employers are required to pay any money owed to the employee for at least two years after the work is completed, and up to three years in some cases.

I can't believe these people are trying to blame me for this and then refuse to allow me to see evidence that I am being paid the right amount. I have no choice but to file a claim with the Department of Labor because I cannot file a wage claim. I can't file a wage claim because although I have my pay stubs and my schedules, it doesn't give clear record because I picked up so many shifts. The only way for me to clearly see what they owe me is to have access to me time cards so that I can compare them to my pay stubs and count the amount of hours which they owe me the higher rate.

I also can't believe a businessman would approach me in that manner and belittle me and attempt to scare me from getting what is owed to me. He actually told me he will make the final decision about what he is willing to pay me on Monday. Um no, you will pay me what you owe me, because that is the law. Do these people not realize that there are regulatory agencies who help people like me?

I already have needed information from the employee handbook, DOL website, and a copy of the missing memo which I never received or signed... hopefully this whole case doesn't take forever.

I'm going to be away from AZ for most of July and I seriously can't wait. I've been good recently about not spending and I should be able to safely take two months off work if needed. I plan to begin the big job search in the next week...

I am going to San Francisco for the first time! So exited to see family I haven't seen since I was 21 and see Northern California.

I finished reading the Great Gatsby today and its a sad story... I literally knew nothing about the story other than it involving rich people.

Here's hoping you have a smashing vacation!

I've wanted a ripped bod my whole life but I just love meat and cheese so much and hate exercise... I recently embarked on a fitness challenge where I do tons of squats and legs and ab work... I do really need to eat less ad more healthy though. It's just so hard when you serve food and drinks all day and you can eat for free and as much as you would like. I am determined to be able to do 50 push-ups in a row by the end of the month. I love that sore feeling in my arms and they are actually getting stronger. :)

I decided I love this photo minis my double chin... My goals for this month are to eat way more veggies and less carbs and do at least 120 squats, 50 push-ups, and 300 crunches a day.


My other goal for this week is to read The Great Gatsby and apply for at least 3 jobs.... Countdown to the wedding of the year!!!! 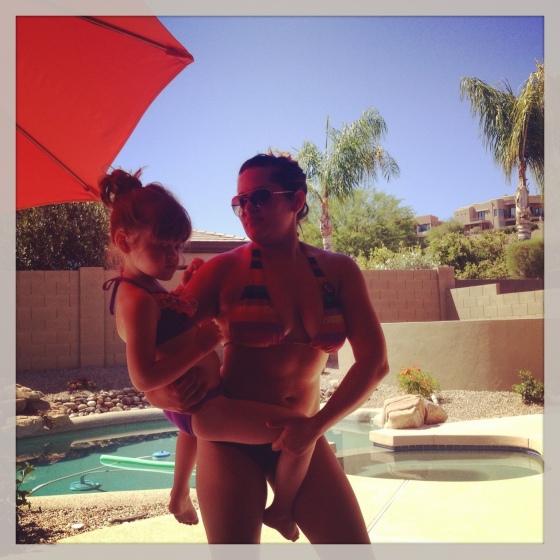 i know, it's terrible. around every corner at the b-lo club are platters of cheese and baskets of bread and plates of cookies. i gorge on carbs at work... ugh! you look great.

It's time to start being serious about my new sport of choice. It's actually fun... I actually hit the ball most times. And most times it goes straight... :) I'll have to post a pic of my new apparel... Apparently golf is a lifestyle and I have to look the part right?! I kinda like the reemergence of my old sporty self, but with better style this time. Happy Sunday!