I was in the middle of a terrible fucked nightmare when my boyfriend called me from Vegas to tell me he misses me. I'm angry and relieved.

One, don't call me when you know I'm sleeping. Two, thanks for calling because I woke up so terrified and grateful to not have to be in that nightmare anymore.

The nightmare consisted of me and two coworkers. They had suddenly turned into wild animals and were attacking me... I know in the dream I was really scared of them and they attacked me because I wouldn't do something they asked. Also.... At some point in the dream I got angry with my man for lying to me about when he was coming home.


I hate dreams that involve real people, because they usually do things that are messed up and then I wake up confused thinking they did these bad things and I become skeptical of them for at least a day.

I also woke up in a hot sweat from being covered on too many blankets. Lately, when I sleep I go to bed really cold and wake up hot. Plus the hives and itchiness are bad this week. I have a lump on my thyroid that is 4cm and I'm going to have to have it biopsied which scares me. I can't wait to just get it over with though, because I have been having strange health problems for over a year. Then I get anxiety which makes it worse....


Note to self, turn off your phone when you go to bed. Unless ur having a nightmare and your boyfriend who just lied to you in your dreams can pull you out of it- but you might still be mad about the fake lie.

It's been soooo long! I think I forgot what this felt like... Thinking about someone all the time, getting excited to see them, walking around with a dumb smile. That's me.

I just feel so lucky to be with someone who is so sweet and cares about me so much and never hesitates to show me. Plus he's super handsome, smells amazing, and has the best style. Le sigh!

He's just so kind and giving and happy... Life is good.


I'm coming to Buffalo the last week of June for a family trip! My mom rented a house for my whole fam and is treating us all to a vacay! Can't wait to see all my peeps and possibly bring my man for everyone to meet.:) 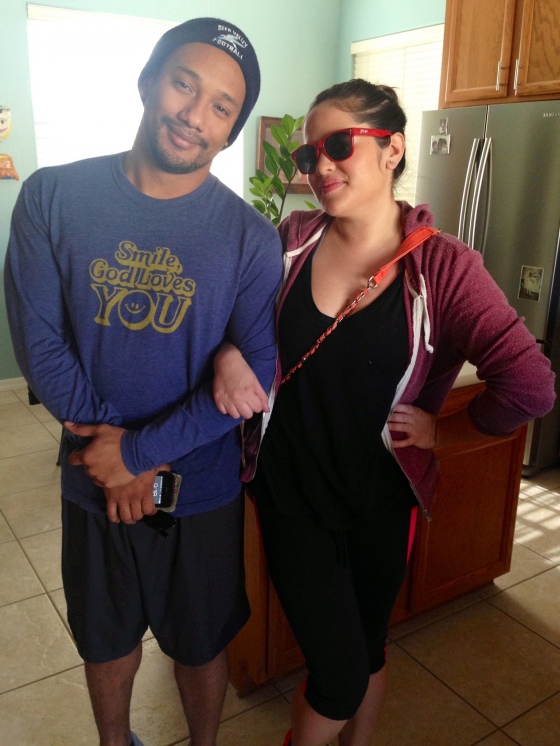 Okay now I see. He is like an younger more carefree Pharrell Williams. :)