Can some of you with access to other web sites add links back to estrip? I am playing with google analytics and want to see how it affects it. You could use the sticker code on the front page of estrip below the comments section or just make your own links.

Our current google page rank is 4. I want to know how much more it takes to make it 5.

Safari For Windows just came out which makes it a lot easier to keep everything the same on all platforms. It is really time for IE to catch up or shut down their browser development.

The safari CSS problem at the top of the site has been resolved now that I could easily test it. 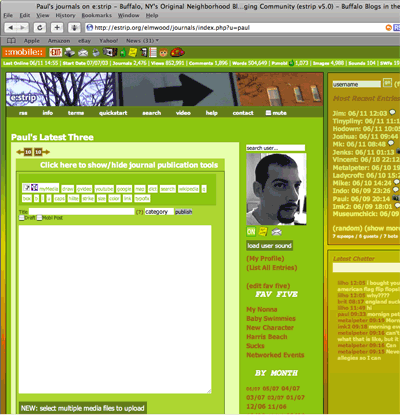 I also have not seen the safari quit bug in this build which goes along with what (e:carlonian) was saying about it not being in the latest apple build and means that it was most likely a safari bug.

I have noticed that safari is a bit faster than firefox but it is unfair comparing my highly customized, extension rich firefox to a default build of safari.

I wonder if we will see safari for linux?

Apparently, investors would have been happier with new hardware and 3rd party app development, instead of web devel for the iphone. It would be nice to not need one to develop though.

i have been trying forever to get VPN access for hospital stuff from home. I've installed the cisco client and it lets me connect, but i don't get any apps. They claim mac support, but it doesn't work, and when i call, say to use the web-vpn instead. So i do, but nothing works, and they say 'oh yeah, it's only available for windows, and only for IE."

WTF- ONLY for IE?
How retarded.

Well, it is hard to have buyers remorse for something you do not own yet, lol. Really though, I do like OS X and I hate windows. I have used Linux now for a long time, and OS X seems to offer most of the features I want from a UNIX based OS and more but without all the need for complicated configuration. I am totally willing to pay $129 for that considering the amount of time I spend tweaking the linux box and getting stuff working. I sounds nice just to have a hastle-limited OS.

I mean my current laptop is now configured exactly how I want it with Suse 10.2 but I would dread having to do that again with a new proprietary hardware system. It was so long before I could get the drivers to do all the things I wanted on this and even just configuring the trackpad was a pain.

Did you guys know the govt/edu price for OS X is only $69.

I am glad you are not expressing buyers remorse since Safari is now on windows.

Moved the server from the upstairs to the downstairs of artvoice. TOok only a couple minutes and everything went smoothy. Thank you Jaimie Moses for letting us serve from you data center and thanks Jake for setting everything up. 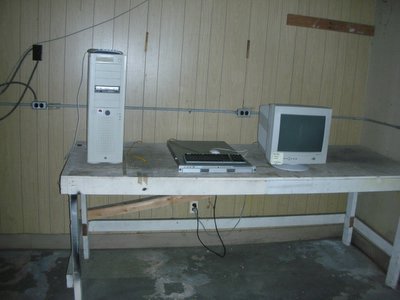