Thursday at the Square II

So with a few people going today where is everyone going to be mostly? Left Stage, right Stage back beet tent?

I usually find myself watching the show from the extreme left or right street sides.

I'm not too sure on what I'll be wearing.

So if anyone wants to actually meet up for the Square let me know.

I'll most likely be arriving around 7-7:30. It's just I don't have the energy to be there for the entirety.

TATS has a beet tent, huh?

i'll be strolling in at some point. waiting for jen to get home from work, then we are walking down there..maybe 7:45. try texting me.

Thursday at the Square

When I first read the schedule for this year I just passed over Mike Doughty's band. Then someone at work today asked me to check the lineup for tomorrow, then I read the write up,THE FORMER LEAD SINGER OF SOUL COUGHING!!! I loved those guys back in the day.

I just remember what my old friend Colleen called his music "Slacker Jazz!"

This is going to be an interesting show to see how his solo stuff fairs. Just the song title that they reference on

sounds interesting, "Busting up a Starbucks"

The wife is a huge Doughty fan. He has published a couple books of better-than-average-rockstar poetry. Soul Coughing was genius, but solo he's a bit more hit and miss I think. The latest solo album is a little marginal, IMO, but I still wouldn't miss a free show from him! But for me, the highlight of Thurs at the Sq will be the Femmes. woot!

I don't know any of Soul Coughings music, but I may go check that out on thursday. I may check it out since I don't have anything better to do.

Hate posting twice in the top 12 but I just had to post this pic and have a post on this day that is supposed to be "evil."

After 3 hours of inline skating this evening I was going to go to spot but just felt way too tired to carry on. So I got off on the Ontario St exit and entered the boat launch/fishing parking lot along the 190 and just reflected about things in my life to this: 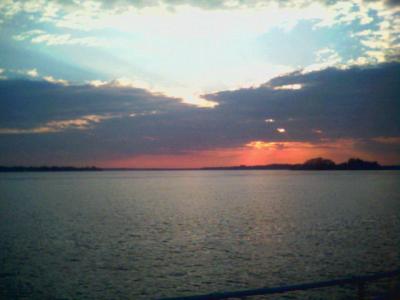 Are Investment Bankers on Wall St. playing a joke for today?

[search][/search]So I have decided I am going to risk a post from the network @ the casino. Actually I'm not too worried about the things that I have posted on here. Now if it was my LJ then I'd be a bit worried.

I had a solid but laid back weekend. Spent time with my old high school friend Christine and we just had a quick dinner at this place out in the country called Bandanna's. All we basically did was just share war stories and catch up on things that happened over a decade ago that just tweak your persecutions of people about past events. Strange how knowing one small detail just changes your view on a person for the good, bad or shock. Later that night I ended up hitting up HUSH @ this casino with my old college buddy Junior. He basically drafted me as an adopted fan for Ghana for the World Cup. Hush has finally come into it's own as I estimate there were more people there on Saturday than on Third Street. It was an interesting time, but a little too heavy of a toll on the wallet.

Sunday I just spent over in Fort Erie with my long time friend Scott. We always spoke about going over to the track and we finally did on a descent day. I didn't lose too much, but I did have a good time with an old friend with a brain. Which is never a bad time.

So that was my calm but occupied weekend. 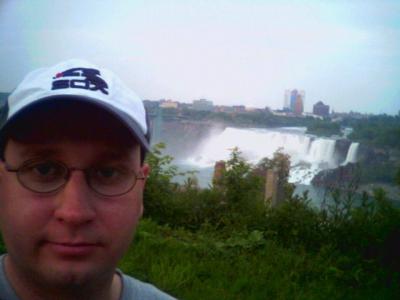 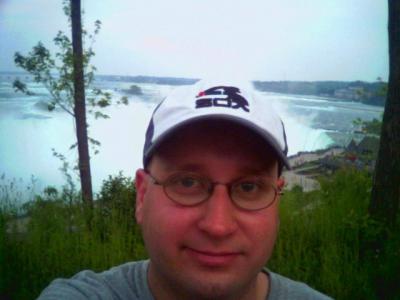 Went for a descent skate this afternoon. I just love the heat and to me there is nothing greater than the feeling you get when you come in out of the sun and just wash all of the salty slim off of your body in a hot shower.

I popped in the new Tool when I was blading and now it is finally growing on me. I skated by this house along the way to Old Fort Niagara where i did quite a few exploratory things when I was in High School. I was just realized that I was smoking herb and listening to Tool about 13 years ago at the house. Now I am just whizzing by with their latest CD from the mind of Maynard. Didn't care for it too much at first, now I just can't get enough of it.

Had dinner tonight with my Dad @ my place of employment.
The Italian Meal @ LA CASCATA. It was a descent meal, but I bit down on an olive pit in this garlic paste and it is just annoying the heck out of me right now. Hopefully it will just fade away. I have taken bigger chomps on bigger pits before.

If anyone would to Rollerblade or go for a descent walk on Wednesday let me know.