Not that i have been everywhere there is to be, but i have travelled a little bit. The UK, France, Germany, East and West coasts of Canada... and i have to say, so far, my favorite city of them all has to be right in the old neighbourhood of the part of the world i grew up in. Toronto.
(e:Uncutsaniflush) had a whole day off work and we decided to take advantage of the nice weather and go on a mini-adventure. Yep, you guessed it. Toronto.

We drove to Burlington then caught a GO Train

to Union. Picked up ourselves a day pass for the TTC

Had lunch at Richtree Market

We both had some yummy rosti potatoes, (e:Uncutsaniflush) opting for sausage and a beer with his, a salad and soda with mine.

Then, we walked a direction i rarely go -- east. Along the Esplanade to the back of the St. Lawrence Market

(e:Paul), you would adore the seafood they had there. Looked super fresh.

Our destination, other than enjoying the walk, was the Distillery Historic District.

I have never been there. Didn't even know it exsisted.

Lots of constrction going on in that 'hood... 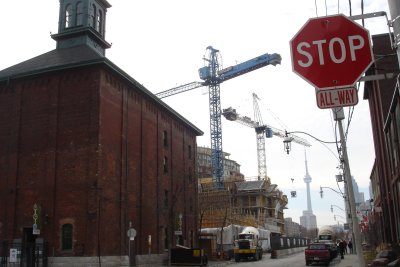 But otherwise, it was so beautifully old... 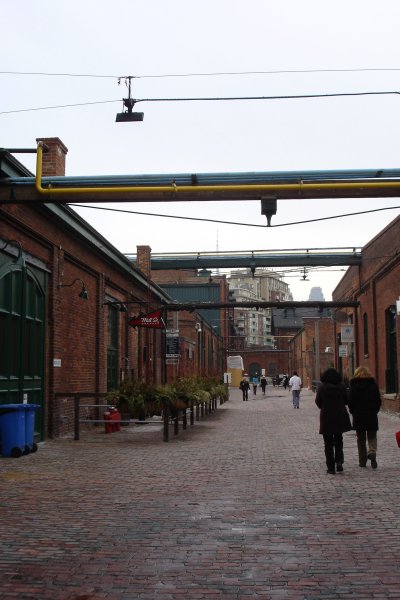 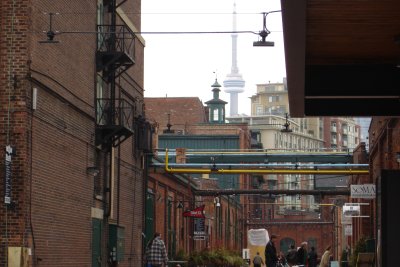 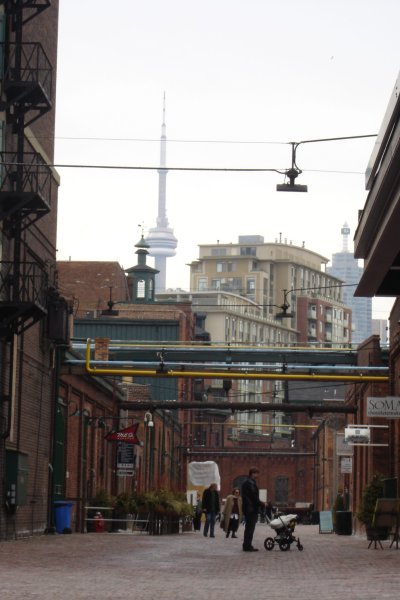 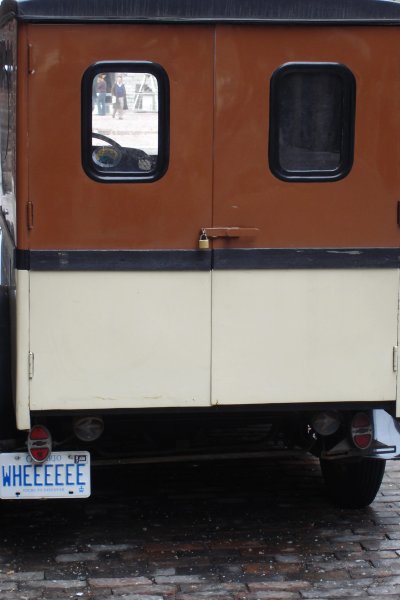 The shops were prosh, but interesting. Arty, but not too snobby (huh, in Toronto, who wudda thunk it?!). I would recommed going between Wednesday and the weekend, though. We were there on a Tuesday and not a lot of the smaller art workshop / stores were open Mondays and Tuesdays.

First of all it sounds like you two had a nice little get away, those are allways nice. I have heard of that district I think but never been there or even knew where it was. Nice pictures by the way. One thing I like about Toronto is even though you can get lost you can use the CN tower as a guide or referance point. If you start out someplace and remember where you are based on your position to and you get lost you can find your way back to it and then find your way from there. The reason I bring that up is that it was in the background of one of your pictures. I need TO go up to Toronto sometime this spring or summer it has been a wiele. That district looks like a place I may want to check out.

hey, i had posted about the distillery district (with pics) a long while back when i won that trip to toronto!

Looks great. I love the off the beaten path parts of TO. Still look forward to meandering around spots like the Kensington Market area & Chinatown. Yonge Street is still a favorite schlep of mine as well.

It must be srping, the traffic cones are starting to bloom!!

Today would be a good day to have a dog. Not that i need the excuse to go and take a walk. Maybe i can borrow Ava and Nolan...

The only thing about having a dog that I don't know I could deal with is the infamous and ubiquitous inside out plastic bag - I could never get used to the feeling of dog turd in my hands.

Still though, I like this weather much better than the other stuff - its nice to be able to open your windows!

Not only spring, but springform baking pans!!!!

We feed birds in our yard, even a raven or two. 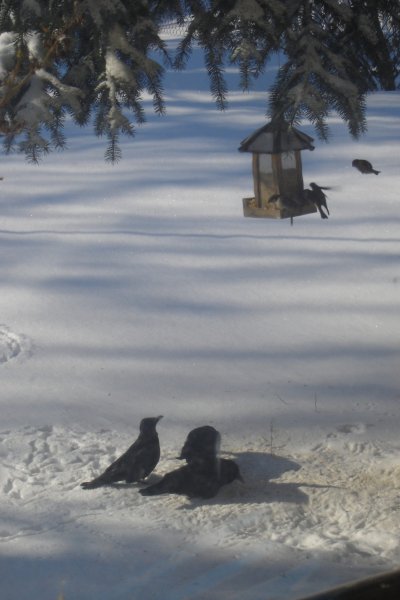 We like the idea of having somewhere outside we can keep a bag of birdseed. We had a few mice in the autumn this year and last, so we didn't want to keep in inside. We didn't want to keep the seed in just it's bag outside, since we've seen a rat under the birdfeeder. We have also seen a hawk snag a pidgeon, so we hoped the same hawk had snagged the rat (and his rat friends).

So, we got this Rubbermaid trash can. But apparently, the rat and his rat friends can chew through it.... 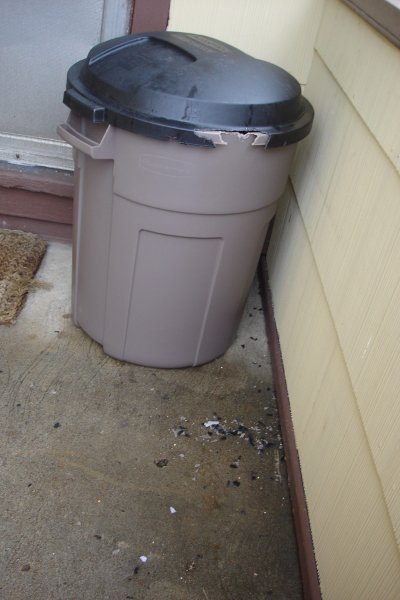 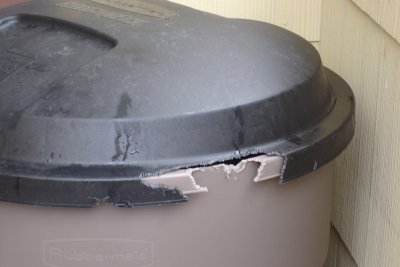 I am still waiting for the results of my Predictor test.

It was a week ago today my teacher, Mark, called me to tell me i scored a 12.9 on the maths TABE and was eligible to write the Predictor. A week ago tomorrow i wrote it...

I went to school on Monday and Tuesday and another student was surprised to see me. "Didn't you write the predictor?" he asked me. "Yeah", i said, puzzled, "but if i didn't pass it, then i need to do more work and if i did, i still need to write the actual G.E.D. and either way, i need help with math." He laughed. He's a smart kid, and progessing a lot, but i think his motivation isn't quite the same as mine. Or at least, that is what he said, but in his own words, "i ain't in no hurry".

Neither am i, i reckon. I waited over 20 years to go down this road, so i guess a few more days won't kill me.

just keep on truckin! it will all be worth it in the end. (that is what I keep telling myself at least!) Good luck!