after several months of primarily purchasing and file sharing of highly compressed MP3s, I needed to hit up a CD store.

the most recent CD purchases:

Bjork-Post (typical sound for her work, but I don't have any of her Cds, just MP3s, so this is a nice addition)

Ella Fitzgerald- Love Ella (the original versions)- good mix of stereo and mono. Awesome voice. Prefer her sound on vinyl, but this is pretty great to have on CD.

Ella Fitzgerald- Ella for Lovers (most intimate songs)- mono, but with limited noise reduction, so the sound is more pure.

I'm very pleased with these purchases.


I'll be seeking to acquire a few more CDs of varying genres soon.


any audiophiles out there?

suggestions for my eager listening experience? :)

woops, forgot to hit, "publish" a couple of hours ago. 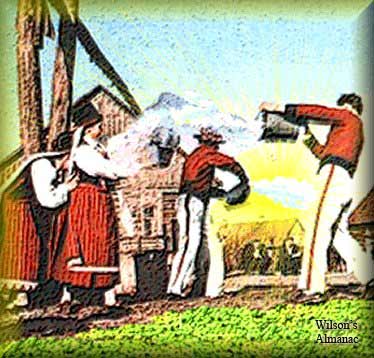 When : Always the Monday after Easter

Dyngus Day, also spelled Dingus Day, is a Polish Holiday. It is very popular in Poland, and in Polish communities in America. After the long Lenten holiday, Dyngus Day is a day of fun. And, perhaps a little romantic fun. It is always celebrated on the Monday after Easter.

There area all sort of ways for boys to meet girls. But, this one takes the cake.

Guys, on this day you get to wet the ladies down. Sprinkling or drenching with water is your goal. Chase after the ladies with squirt guns, buckets, or other containers of water. The more bold and gallant boys, may choose to use cologne. Hitting (gently, please) the ladies on the legs with switches or pussy willows is also common.

When exploring the roots of Dyngus Day, Historians point to the baptism of Polish Prince Mieszko I in 966 A.D. Baptism with water signifies cleansing, fertility, and purification. Somewhere along the way, the tradition of tossing water on the girls and hitting them with pussy willows evolved.

Always a holiday in WNY! enjoy!

Yeah, looked like fun. By the time I got home last night, I was feeling a little old and lame (or just flat out tired) to go partake. A couple polish ales at the Sportsman Tavern made me think mostly of a nap.

Caught some of the silliness from the Terminal on the late news.

Good times, good times. The flirting component is something my irish brethen should copy for St. Patrick's Day.

On the Tip of My Tongue

ever have so many things on your mind, so many things going on, so many thoughts- whether any of them are interesting, humdrum or whatever, but you want to share, to write to keep connected, then the effort of doing so just leads to squat?

even the mental effort to read posts and write comments can't get through the mental sludge.

Staying up all night and sleeping a few hours in the late morning is frying my brain. I swear I have dumbed-down these past few weeks. But all is worth it to help family to this degree temporarily. (e:theecarey,48091) & (e:theecarey,48112)

Not sure how much more I can stretch it out though- never been good on "overnights", and it really does make the rest of my life unbalanced, as any of you that have had that sort of schedule knows. Again, for better or worse, it won't be much longer. It has been a good experience and to look back on the situation later on, I will have been happy to have contributed my time and effort.

I can't imagine being in my 90's, healthy overall, but slowly losing pieces of my mind, for real. Dementia is fascinating- clear moments nestled between increasingly scattered and confusing ones. It must be frustrating to have less and less control, and everything that you have ever known to be on the edge of feeling/being lost forever. Sometimes the person experiences a whole new day, going through the motions, re learning expectations, having more experiences, then lose it all just to start it all over again the next morning.

Sometimes that would be nice right?

But then old thoughts creep in, making conflict with
current thought. Probably like having that sensation of wanting/having/trying to remember something on the tip of your tongue, but just out of reach- always.

And then to have people familiar and unfamiliar to come into and out of your life every day, on some level overseeing what you do, telling you what to do and/or helping you to do some of the most basic things. Sometimes you can do it on your own, sometimes you can't, and you know it, and it sucks. Having less control after a long life of taking care of yourself and your family must be incredibly.. frustrating, sad, etc.

And so, with other family members, I do what I can. I'm there to offer safety, look over the house, regular night checks, complete simple chores, listen to him talk, assist him when I can and should, oversee meds, take him to a day program in the morning, and whatever else is needed. I try not to interfere with his routines or self help skills, as I firmly believe that he doesn't need to have someone on top of him. I hang in the background as much as I can and step in when it seems that I should (such as when he puts on several pairs of underwear in varying configurations, tries to put one pair of shoes on over another as he failed to realize he already has a pair of shoes on, etc).

He has a great sense of humor and he often makes me laugh.

And so, one day at a time for me as well. I try to get things done in my own life- so many projects that require my attention, and they have more or less been suspended until I can re devote my time to them. This includes gym time. In time, I will get back to all of it. Just need some good night time, rejuvenating sleep. My brain just feels so fuzzy-things are often just on the tip of my tongue as well, these days. As I was explaining to (e:pyrcedgrrl), I want to go from point A to B, but some how forget about B, and end up at point E, M and Z or nowhere at all.

But its all good.

Sometimes when we are in the middle of something, it seems so big, daunting and permanent, but really, in hindsight, it was a very small piece of time in our lives, a tiny fragment of the bigger picture.
I often remind myself of that when I go through things. I also have the propensity to bail when things are rough, boring, awkward or any other non stimulating uncomfortable situation that you can think of. Not all, but in recent self reflection, there have been times that i have now known this to be true.
So with this, I am challenging myself to hang in there.

You are a great soul. Your personal karma will soar from this sleep-deprived adventure. 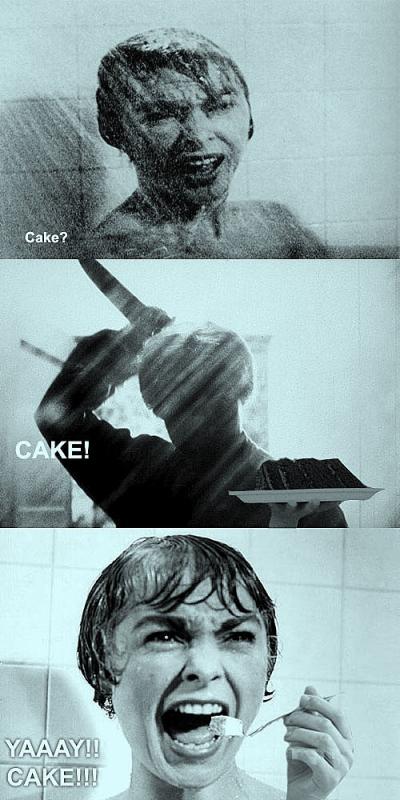 I didn't create this- just sharpened the image and added a little tint.

It made me laugh more and more the longer I looked at it. Glad some of you share my sense of humor :D

That would make a great birthday card :)

HAHAHA - did you do that? That is sheer brilliance!