Yesterday he whispered in my ear, "If we were in a country that allowed it, I would be asking you to move in with me right now". I could feel my insides melting.

I always thought the line "you'll just know" was a crock of shit. But now I understand :)

I have more photos of Paris to put up but I've just started training my student staff and am really busy. I'll try to get to it this week!

It's really great that you've found someone who makes you happy! I'm so glad it's working out for you and Rory.

I saw your comment and thought I would Let Everyone know how to find Timika's pictures of Paris from (e:strip). If you scroll down her journal page [right here} past all the topics you will see something that says FAV LINKS i the link is the top one it says "My Travel Pics" or something if you click on it, that should send you right to her page of travel pictures. The new Paris pictures are with the pictures from 2004 France. If they are not listed on Her Homepage {I think they are] then you click on something that says something about seeing more pictures or other galleries, sorry I don't remember the exact wording. Yesterday I saw a few pictures that i didn't remember seeing. The pictures seem to follow alphebetical (however it is spelled order) So you will have New and Old pictures together, that is unless she changed how it is laid out but I don't think she did.

If you could post the travel url again, that would be cool

Yay! Being in love is the best feeling in the world. I'm so happy for you!!!

I wish I could say the pictures where great but I can't find them maybe it is on my end not sure. they aren't listed on that list of pictures on the front page then when I hit more collections it lists 2007 but there is nothing for 2008, I'm sorry I just found them as France in 2004 so far the picture of you and Rory at Disney are pretty cute. For anyone else reading this they are mixed in with the ones from 2004 and there are some at the end so scroll down to the bottom to find the last few pictures from 08. There are a lot of pictures that I liked and I didn't comment on all of them but I did comment in different forms of my name not sure why I guess cause I go by a few names online and sometimes are called by different names but you'll know it me. Thanks for posting the pictures and I hope more then just me looks at them from (e:strip) cause if it was just me I would feel kinda bad, agian thanks for posting them and some really great pictures.

Well if you stayed up only for me and no one else then thank you very much well thank you anyways, but I also feel kinda guilty, only kinda, very shortly you will either get a comment on here or on that site I forget if you can comment on them there it has been some time since I've been there.

ok. i stayed up late just for you :) i got the paris photos loaded on my travel site. i'll try to get to the other ones this week as well. enjoy!

Good for you. Glad you're able to "bask" in some good times. Enjoy

I'm very happy for you two. I'm glad that you understand the line "you'll just know" now, but I do still think it is a crock of shit myself but I'm glad it is not a crock of shit for you and Rory. When you have more time I'm sure I will enjoy your other pictures. Have you had time to post them to your Picture site (for those of us who can't wait, or might want to check them out in a non blog form)?

That is so cute - and wait seriously - you guys are not allowed to live together?

I had the most fabulous time in Paris EVER. I've been before, but it was SO much more enjoyable this time around with Rory's arm to hold onto. Finally made it to the catacombs which I found pretty amazing (and not at all creepy) but my camera sucks in low light. I have a few 'ok' shots, but I'll post some of Rory's when I get them, they are spectacular. Can you believe they actually exhumed 6 million bodies and shoved them in old quarries? Crazy!

We also made it out to Euro Disney which was entertaining, as if I haven't been to Disney like 5 times in the last month! It was interesting to compare and contrast rides. My votes stand that Aerosmith's Rockin' Rollercoaster and the Tower of Terror are way better in their US version. However...Big Thunder Mountain, Space Mountain, and Pirates of the Caribbean were WAY better over there! Seriously. This also comes after having just ridden the newly updated version of Pirate's of the Caribbean in the US, to which I WAS going to tell you all is much better than it's first version. Just in case you ever go.....

There was also this restaurant that was 'inside' the Pirates ride, meant to look like you were in the jungle by a river. It was simply AMAZING! The food was really good, and the atmosphere was just divine. 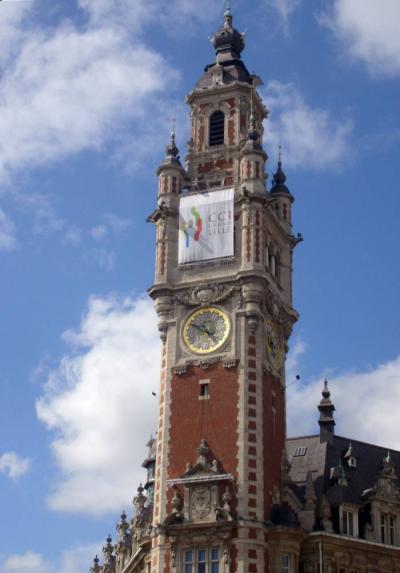 first i took the train up to Lille to visit friends 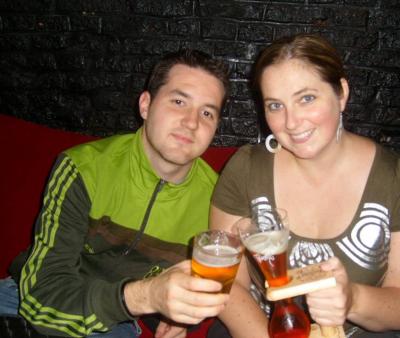 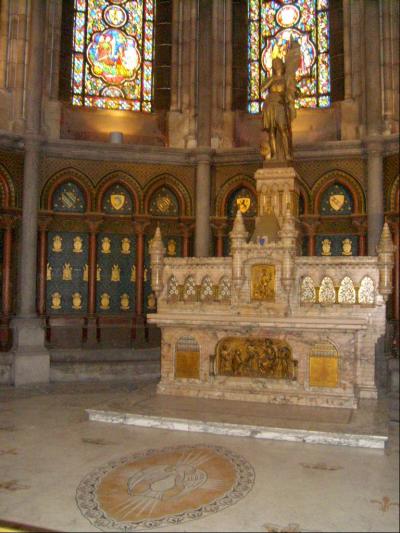 tribute to joan of arc in the cathedral 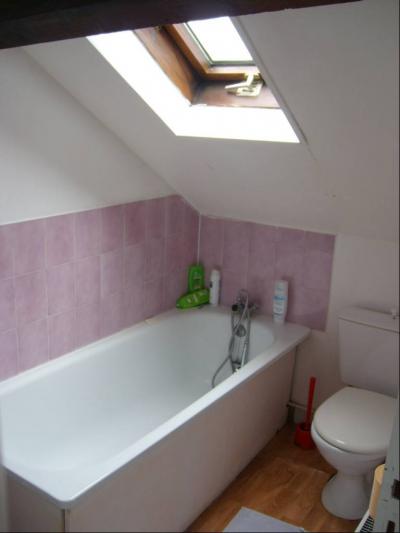 my friend lived on the 5th floor, so the bathroom was....short 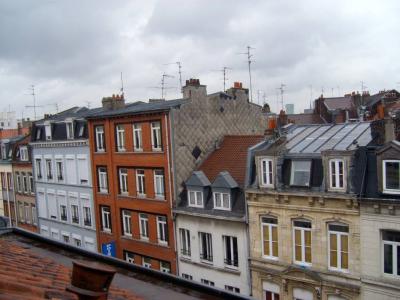 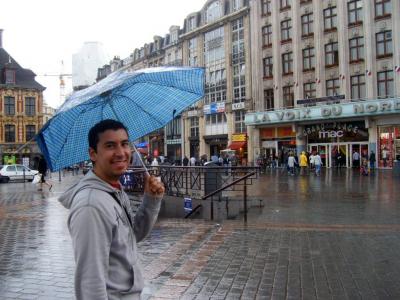 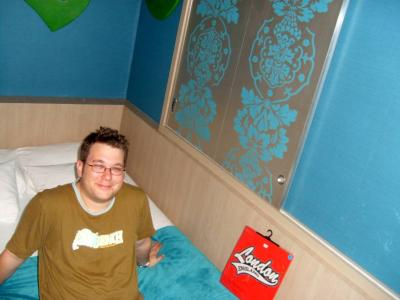 more paris photos in next post, i have to finish sorting them out!

WOW!! I don't need to go anywhere this year; just chill out in my flat and load your journal. :)

BTW, I would fit so well in that bathtub without my head sticking out the window. Things are usually too huge for me. hehehehe

I really like the tower shot and the Joan Of Arc shot and look forward to seeing more pictures, glad it was a good time.

I never asked him to, but he did it. I'm so proud of him!

Yes, I see my photos didn't post - I'll deal with it later. I just wanted to share my joy first :)

congrats. Hopefully he stays smoke free. It is really surprising how many people quit have it licked and then for some reason go back to smoking again.

congrats! there's another ticker like that one too, that also lists how much money you've saved. It's pretty inspiring.

That is awesome! Congratulations to Rory and to you!

I went to this talk at Roswell about how researchers are promoting people to stay in the quit mode. Apparently, portable tactile and visual stimuli strengthen the resolve the stay smoke-free. The experiment was an interesting one. They recruited a bunch of people who drank alcohol and put them through a training session that emphasized quitting alcohol. Then they were subjected to a number of "temptations", eg. given a bottle of wine and asked to pour it out repeatedly into wine-goblets, given a six-pack of beer and asked to pour it out into glasses etc.

Now comes the interesting part. The study subjects had been put in two different rooms because of the lack of space for "temptation" part of the study. In one of the rooms, a graduate assistant had forgotten his pencil with a funny-shaped eraser on the table. The researchers noted that the study subjects who were in the room with the pencil-funny-eraser resisted temptations MUCH BETTER than the ones in the other room.

Quite unconsciously, the unusual object on the table reinforced the quit-training they had received prior to the temptation experiment. Thus the researchers hypothesized that perhaps giving the study subjects memorable textured objects to keep would reinforce the quit-training. The textured objects could be anything - a Keychain, a medal, a small toy etc. They just have to be unique enough that, in the unconscious mind, the study subjects could make an association between the object and the intial training or the urge to quit in the first place. The second phase of the study is being carried out currently. They are extending this concept to quitting programs and stay-quit programs for smoking.

So maybe you could talk about how much you LOVE the fact that he has quit and without telling him about this whole experiment, just give him some small textured thingy that he can keep with him all the time. If the researchers are right, this object will remind him of you and the talk you had and encourage him to stay in the quit-mode. Just a small thing worth trying! :)

Nagging may also work, but positive reinforcement is better.

now you stay on his ass about not picking one up. Going through quitting a second time is worse than the first time.

Congrats on the smoke free journey so far. Keep on keepin' on

I'm so behind on photos! I finally sifted through all of (e:jbeatty)'s photos for the parts of the trip I was missing. Here are a few shots from the communist statue park we visited in Budapest. Also, a few from Disney/Universal. I'll try to get everything up on my photo site before heading out of town again! Ciao peeps. 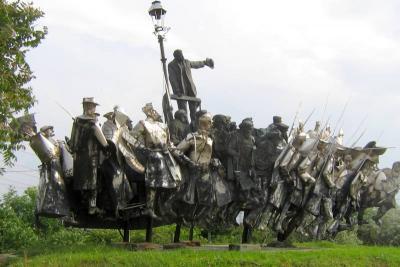 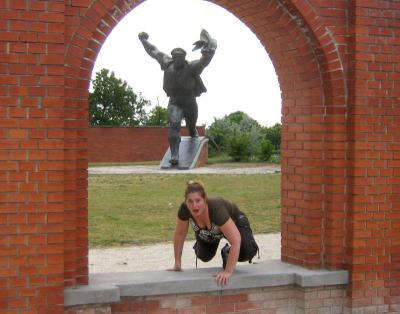 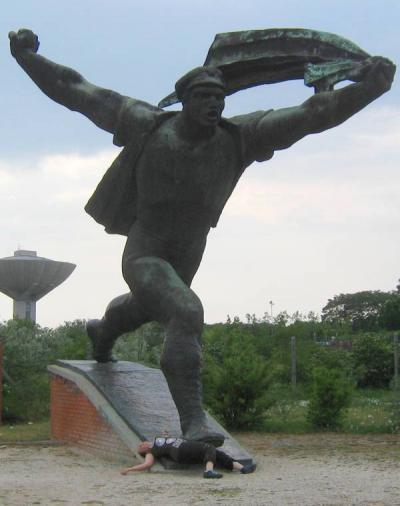 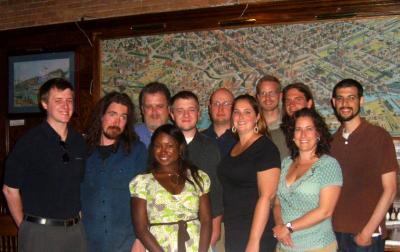 dinner with the peeps 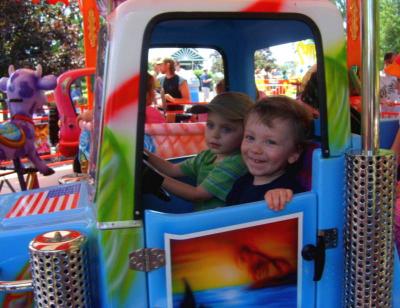 my nephews on their first amusement park ride 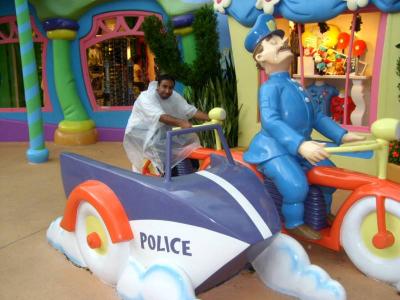 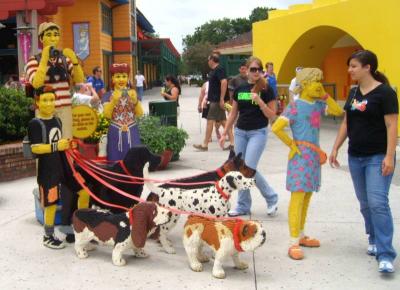 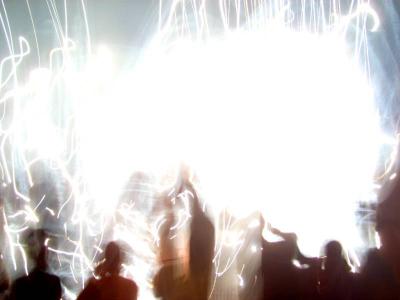 Nice Pictures I think my favorite is the one of where it looks like the guy is chasing you through the arch way.

In case you didn't know, non of the pictures showed up it is just the code for them. My guess is that you have to open each one with what ever picture software you have and then change there picture size either that or crop them or do some of both. Then you would re save them with a different name or in a different location so they don't replace the old ones. There could be some other issue but them being to big is the most common one. I look forward to seeing the pictures once they show up.