Before I die I really want my picture taken with this sign! 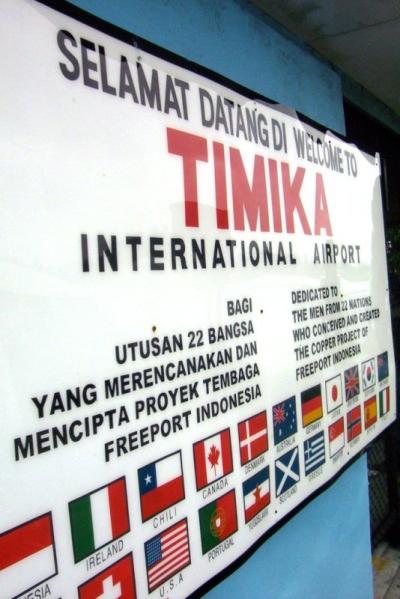 That is so priceless! Amazing. Glad to find you well and in good humor. Little miss fly girl. You ever think about sending this photo into those credit card places; you know such and such $ dollar amount and then you hit them with the priceless moment! I could of had a V8.

Does anyone remember the mom joke about the airport, just kidding even if I knew it I wouldn't say it. I think that should be your next international trip. The reason I say that is what if the place changes its name. I can't believe there is an airport with your name. To me it is so uncommon I wonder what the odds of that happening to anyone is. On a side note If there is ever a ladycroft Airport then you know you have really made it, or at least won a boat load of cash to pay a place to change its name.

A perfectly good excuse to go to Indonesia.

With the perfect caption "Hi, I'm Timika, Fly Me"

Thanks for the love (e:Lettuce)! Much appreciated :)

I'm spending the night with my Italian lover, Disaronno. Amen! 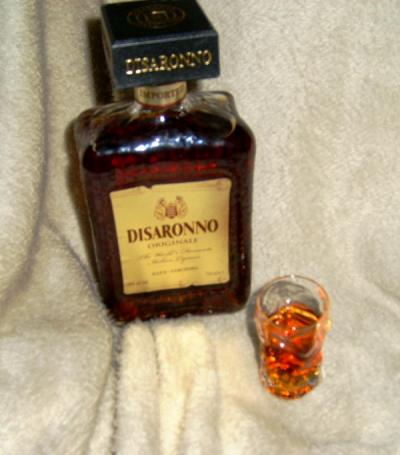 I promised photos from my adventure up North. I don't have time to make a worthwhile post of it so I'll give you a teaser photo. Enjoy. 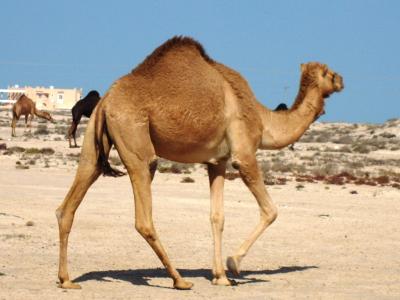 Is that second picture of some sort of desert dog? Such a strange looking bread.

Have fun with your date tonight! :O)

to paint or to bed? (updated)

Should I paint or go to bed? I could go either way. I think what kind of music I put in my stereo will dictate. Should I close my eyes and reach for a disc? Yes, I'm going to do it.

Stand by for results: Her Space Holiday, Manic Expressive


I plan to hit the liquor store with my aunt and uncle tomorrow. Then maybe we'll brave the souqs for some cool do-dads.

Went to bed. Got woken up ass early (what kind of students are up and chatting in the parking lot at 7:30am on a Saturday!!!???) so I decided to paint my hallway. I got a bit messy so I've just showered up and am heading to the aunt's house. We'll probably hit the fabric souqs, and of course, we'll be making the journey out to buy croft some adult beverage to keep her sanity!

I was going to make a crazy sugestion of painting in bed, then when you get tired just do what ever you have to do to cover up the paint and then go right to sleep..

More cool QF stuff. (e:Jenks) mentioned a tid bit of this in one of her recent posts. I found the article which details the donation. I thought it was 2.5 million, which I thought was pretty cool. However, it was actually 60 million, which is amazing! I'm just going to post it in here because you have to have membership to read the article at it's original site.

Qatar Gives Money to Katrina Victims
From the issue dated May 12, 2006: Chronicle of Higher Education
By PAULA WASLEY

Last week the oil-rich emirate of Qatar announced the allocation of $60-million to the victims of Hurricane Katrina. More than half of the money will go to three universities in Louisiana.

Xavier University of Louisiana, the country's only historically black Roman Catholic university, will receive $12.5-million to expand its College of Pharmacy in order to increase enrollment, and to hire staff members for clinics in low-income neighborhoods of New Orleans. An additional $5-million will go to a Qatar Scholarship Fund, to provide full scholarships to Xavier students affected by the hurricane.

Tulane University was promised $10-million for scholarships for both new and returning students from Louisiana, Alabama, and Mississippi who were affected by Katrina. Qatar also pledged $3.3-million to Louisiana State University for a fund to provide help with tuition, room, and board for 1,249 students.

The announcement detailed the distribution of a portion of $100-million in hurricane-relief funds pledged in September by Sheikh Hamad bin Khalifa al-Thani, emir of Qatar. The country's embassy plans to allocate the remaining $40-million in pledged contributions in the next several weeks.

The beneficiaries were chosen by Qatar's ambassador to the United States, Nasser bin Hamad al-Khalifa, with assistance from an advisory committee comprising James A. Baker III, a former U.S. secretary of state; Laura D'Andrea Tyson, dean of the business school at the University of California at Berkeley; John J. DeGioia, president of Georgetown University; and Lee R. Raymond, recently retired chief executive of the Exxon Mobil Corporation.

"Hurricane Katrina was very devastating," said the ambassador, "and the world is becoming a village. In today's world, we are one world. ... People wanted to help."

The three universities were chosen, he said, because each one had a large population of students coming from the areas most affected by Hurricane Katrina.

Qatar chose to donate money directly to the institutions rather than to intermediary organizations, such as the Bush-Clinton Katrina Fund or the American Red Cross, so as to ensure transparency and accountability, he said.

yeah, sorry- the 2.5 she got was just a portion of the bigger donation. very cool.

In my dream, I lived in a city. I was walking down a sidewalk to my older sister's house. I was only wearing a short, light blue, terrycloth towel. Once I entered the exterior street door I was in a massive foyer. It had a rich and ornate church like interior. A double wide oak staircase was blocked by a thick oak railing. I used the small gate, climbed the steps, and entered the house through the stained glass door.

My sister was hanging out in her bath robe making some tea. My nephew was sleeping in his crib. We were just going to sit down for some cookies when the door bell rang. Still wearing my towel dress, I went out to the foyer. There were two (e:peeps) greeting me. It didn't make any sense to me why they would be there, or how they even knew that I was there. I invite them in anyway. One of them decided he was better off jumping the railing rather than using the gate. His foot got caught resulting in the rapid propulsion of his body over the railing thus planting his face firmly on the ground.

It was actually quite messy. He popped up with his busted self, blood running down his green shirt and jeans, and says, "Change of plans I'll fuck you later when I get out of the hospital". He and the other peep leave. I head back in to my sister's house.

Apparently my sister was very wealthy and had a larger number of staff at her disposal. For fun she made them partake in 'games' that I saw as a cross between reality tv bake offs and that crazy hysterical Japanese show MXC.

Next thing I know there is a giant Jelly Belly bean cook off. Five chefs had to make a jelly bean the size of a small child. I think they weighed around 50 pounds. They had to put their jelly bean in their apron and attempt to stay on their feet while going down a wide plastic slide covered in flour. Seriously! Needless to say they all wiped out. However it doesn't end there!

The bottom of the slide is in a basement maze. Here the chefs have to run around in near darkness collecting 3 artifacts and then finding the single spiral staircase to victory.

that was the coolest dream ever! especially the part about mxc. I love that show!