can sometimes cure what ails you, at least temporarily. Pay day permitted to indulge in new ones from The Flaming Lips, the Goo Goo Dolls, Neil Young and the folkie album from Springsteen. All are suprisingly worthwhile.

My cd changer is once again a very schizophrenic device, yet happily so. Nothing like some fresh tunes to assist your outlook.

Right on! Music does a mind/body good. Nothing like a good CD binge-fest :) 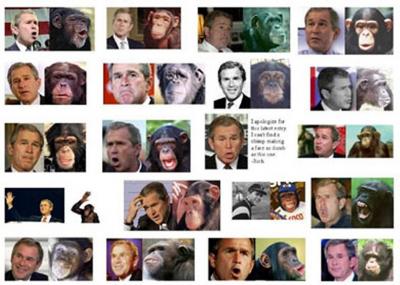 I have to be careful w Bushie - he's definitely blue sky country.

In the spirit of all those peeps who haven't been getting any, I actually asked somebody out. Actually, I asked her answering machine out for drinks and am still sitting here waiting for some indication that the answering machine was good enough to pass along the message. Been two days, so I don't think the machine was impressed.

This was somebody who I thought we were getting along with through our mutual work at the Sabres games. She sort of hinted that I should join her for drinks at some point. During a promotion that I was working on for the premiere of the Sopranos, I had to sport a Sopranos Hockey jersey. She saw this and wanted one. Me, being a sucker for bright eyes and a killer smile, found one out and she gave me a clench worthy of "the war is over" Life magazine covers which did wonders for my self esteem. Being accosted in front of any number of prying eyes is funny like that. She followed up with a thank you card with some lottery tickets inside. One was a winner for $20.00. I called her up to say thanks and stumbled through an invite to come drink the winnings at cobblestone.

So far, no response. Do I call again? or is that too much like creepy stalker guy? If it's a polite, no thanks, I can take it. My ego has withstood similar assaults and here I stand.

Like George Carlin says, you got to "take a fucking chance."

Just wished I had something to show for it.

yeah as much as it sucks, you probably shouldn't call. But that's exactly the crap I hate.... Just giving a non answer and leaving people wondering... Or maybe she's doing some "can't call for three days to not look over-eager" thing. Good luck...

Dont call again, I agree with libertad. If a woman really wants to get together with a guy she'll make sure she sees you and makes it happen...

I wouldn't call again. Although there could be some off chance that she lost your number or accidentally erased the message before listening to it, she most likely did get it. Maybe she has been busy the last two days and it would seem manic if you called her again. Maybe she will give you a call tomorrow night to do something this weekend.

or it was raining slush out near West Seneca earlier today.

The Sabres game was fun last night. They won big and at the rate goals were being scored, joviality was the order of the day. Hug and High fives were being exchanged, you'd thought the war was over. I strolled down to Cobblestone after the game & work and had a quiet postgame beer. I was on my own, but it was fun to people watch after a common goal (a win) was reached. Nothing but love in the room.

A late night and an early morning leaves me glad to sit. My fandom keeps you going, but my 42 years want to pay for it the next day.

I heard one of my own voiceovers for the first time last night on MSG -- a commercial for showtime. It's stupid to get excited about it, but it is an ego trip nonetheless.

Gonna veg in front of "scrubs" and "sopranos"

Have a good evening ya'all.

Off to Dinner at Cecelia's with people and everything

ohh, you should post an mp3 of the commercial, so we can hear it too.

First of all I can't remember if they are one of the places that are part of the Dining For life program tonight I think they might be. Yeah it was snowing ice today when I went out to lunch. I work near that area. That is a strange area down by pizza hut is depew where I work is Cheektowga then the west senaca border is close by someone I know who lives over there some of there mail says Buffalo on it. I got iced on today that wasn't cool.

And now a word from our sponsor... 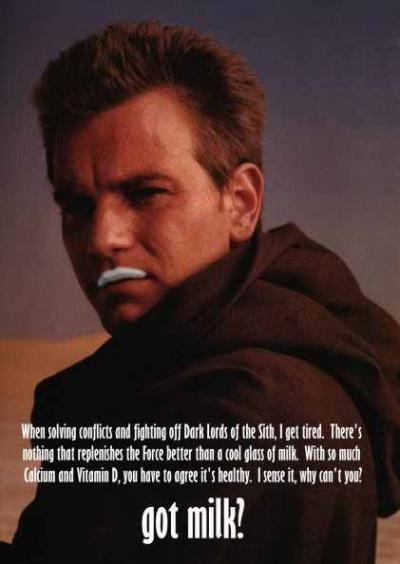 oh man! When still a highschooler episode 1 came out and I made such an ad with Darth Maul on a bootleg copy of photoshop. when episode 1 came out. It was on the back of a fanzine and everything. No pocket protector could out-dork me that day.

I don't have Matthew's photgraphic gifts, but here are a few looks from the Sabres game last night. From the empty arena before it gets started to the sea of people who got to sit, wish I was one of them after the 1st Overtime. 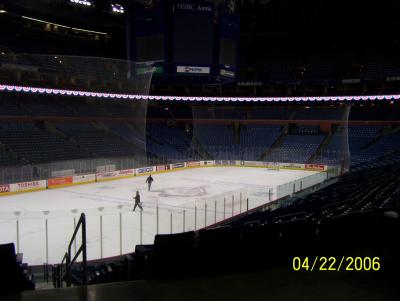 And then the paying customers showed 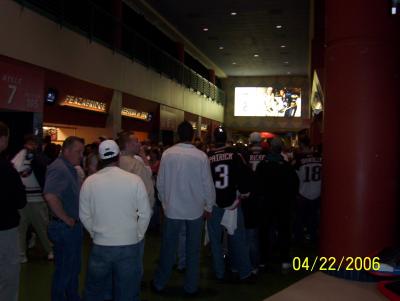 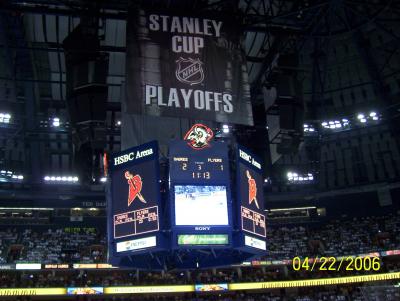 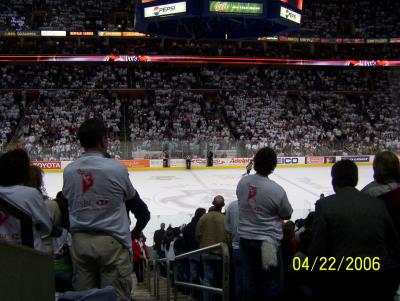 If you're not a hockey fan, it was kind of cool to feel the building alive. A shared sense of excitment was definitely present, even if it left me drinking alone.

Had to work tonight

at the Sabres game. The build up was exciting. The arena had an electicity to it. You could feel the antipation. I've been sort of crushing (How pathetic is that??) on one of the women who works the games as well. She told me "we wait out the traffic at cobblestone's, you should come." Being no fool, this seemed like a signal. My inner refrigerator light was flickering on. I got a few customers, made a few sales, answered a question or two and then the game wouldn't end. Security doofus forgot that I'd been there for almost 20 games this year. Suddenly I'm a distraction? I had to move. THat caused the Flyers to tie the score, which caused overtime, which caused my usher to go home which caused my morale to sag, which is drectly related to my cd player skipping and sitting here at home posting and drinking on my own. Such a cruel chain of events is proof, god does have a sense of humor.

I'll post a few talentless pics of the spectacle tomorrow

Just wanted to say that was a great Game on TV last night. That penality the Sabres got was a big mistake and almost cost them the game. Glad the one in the end. Hopefully they will win on Monday and that will bring you better luck. 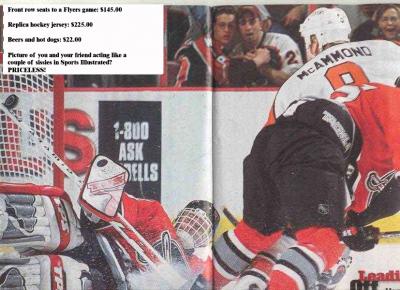 The Sabres and the Buffalo News

The News is fact challenged.... and they are driving me to drink. Good thing I have a parking space already. With the Sabres in the playoffs, I've had to be king fact checker for how American TV is covering them. That part is okay, but I hear myself in my sleep. So, I'll make estrip your hockey source. Here you go:

Round 1 against the Flyers all on MSG, except for Game 5 (if there is one). That would be on WGRZ

Round 2, all on MSG except two games that MAY be on OLN

Round 3, all on either OLN or NBC (CBC will have them all as well)

Finals -- First two games will be on OLN, everything else would be on WGRZ (CBC will show this in its entirety as well.)

People must not read like they used to or listen, because the same chucklehead had to have it explained four times and I'm still not convinced he's got it. It's enough to suck the hockey fan right out of me.

I think this is my last official recounting of this for the day.