Sometimes it is good to be the client

It's a day of random notes:

Good to be the client? when the account rep moonlights at a ticket office -- Roger Waters seats will be mine, oh yes, they will be mine.

Was at the Anchor Bar on Saturday night with a good friend. We grabbed a table in the bar area to avoid what seemed like a wait. Came away with three lessons learned: Latin Jazz ain't doing it for me since Tito Puente's passing, The AB is kind of a mediocre wing joint these days, and none of their bartenders know how to pour Guinness. It ain't Coors, asshats.

Earlier in the day, I took my son to the Bar Mitzvah of one of his school chums. A few other friends of his turned up, but I didn't want to be the dad to kick his kid into Temple Beth AM by himself. I was a little curious. I asked him for his impressions afterwards. He says he liked the ceremony (It was pretty beautiful) and that the rabbi looked a lot like my very irish father. Grandpa got a chuckle out of that.

Is there anything nicer than an empty shared laundry facility on a Sunday afternoon to an apartment dweller? It is nice to start off the week with a clean slate.

Speaking of the old man, I have somehow been rogered in to helping him with an auction next week toward being the guy behind the microphone. I did it once for work which somehow qualifies me to give it a go again. Socially inept lil me? Wonders will never cease.

Must be spring for real as I left work Friday only to notice that somehow a bird left his mark on one of my doors. Give you pause to think how sick he or she must been to pooping at that angle.

Hope the Concert is great.

Well I look at playoff Beards this way, they do work it is just that fans for both teams use them they cancel each other out, HA.

Denoting the fact that this idiot wasn't watching to see if his idiot guard was on the beard trimmer. That wakes you up in a hurry, a sort of reverse playoff beard.

Went out for a stroll post dinner Sunday night and the power of the shuffle setting on my Ipod sent me rolling for a few miles, home flush with fresh air and salient observations:

An old J.Geils Band can make you laugh to yourself, but that isn't really out of place around Elmwood & Forest.

We would all flunk our road tests if we had to take them again as nobody, myself included, does left turns right. We're a region of semi-circles, when we should be angles.

Jon Vogl from the Buffalo News is right, the Bass Pro ain't gonna fly downtown, even if it wasn't fictional. An IKEA would bring em, though.

There are some pedestrians that have incredible faith in traffic and how it won't hit them. Walking back near Delavan, I saw the light change and a bus and car both started to move and the woman darted out in front of both. She stuck her arm out Heisman trophy style like that was enough to keep the vehicles at bay. Guess it was, foolish chance though.

I took my car to the car wash near Record Theatre yesterday and $15 bucks there is worth is worth multiple kisses from the other guys. I couldn't help but snicker a little as my 8 year old Grand Am was sharing space with a Porsche Boxster, Mercedes and a Cadillac. They all shined up nicely, but I think despite running fine, my car now has esteem issues.

Brodo closed its Elmwood location (bastards!), but that didn't stop a "Street Commerce" Agent from attempting to relieve folks of extra change. No rocket scientist I, but wouldn't you double your control group if you did that closer to a business that had people going to it?

Parenthood has it all over Brothers and Sisters.

Hearing the phrase "Mets-Nats highlights at 11!" doesn't fill me with, well, any anticipation.

A book and a soundtrack in the Elmwood sunshine seems like well, just right.

The Rollerblade experiment was successful (as I didn't fall), just wondering how many peeked out their waterfront windows and wondered....

I'm with you about the IKEA. It would be way better for Buffalo than Bass Pro.

Maybe they can put a Bass Pro on the Signature Peace Bridge. <eg>

You know you are getting older, when your musical heroes appear equally on the covers of Rolling Stone and Modern Maturity. I've always had decent luck in securing a ticket for something I've really wanted to see locally. Even my mom was emboldened with some benign coolness as I had a test the day Bruce Springsteen tickets went on sale in 1980. My mom took mine and my friends money and went up to National Record Mart and scored first row golds. Couldn't do any better than that in days of yore. In fact I think it set a precedent for shows that I really wanted into the next generation. I took my lovely eldest daughter to her first major show the last time U2 deigned to come to Buffalo. On the ticket, behind the stage didn't sound promising, but since they played to whole arena, every few songs my daughter borrowed my phone to tell people she was "this close to flippin Bono!"

If you are over 35, you remember cueing up for tickets on Delaware Ave or one of the record stores (remember them?), but it has gotten more complex and incredibly more expensive in the age of these here internets. Inflation and greed made my $5.00 ticket to my first Bruce show seem downright quaint. Witness the shenanigans of Live Nation and Ticketmaster as well as Tickets.com., where you get assessed double digit "convenience" charges for tickets you can run off your home printer. The upshot of this is I've gotten very picky about venues as I ease into late middle age.

To see Neil Young at an actual concert hall seemed like a worthwhile opportunity. The pricing structure for Shea's seemed kind of odd. It was a little strange to see 69, 99 and 149 dollar seats in a building so compact. For 69 dollars, you would have the abilities to spit on the people who paid 70 dollars to sit 70 feet closer. That irony should strike some. Despite a little shock at $150 price tags, I thought it might be worth 69 bucks to see ole 'weird Neil. But, it ain't to be. Despite being armed with a decent internet connection and speedy cell phone, I could only watch as the retail tickets disappeared 5 minutes into the on sale time frame.

StubHub had some that had only been inflated 2-300% from the original selling price within 20 minutes. 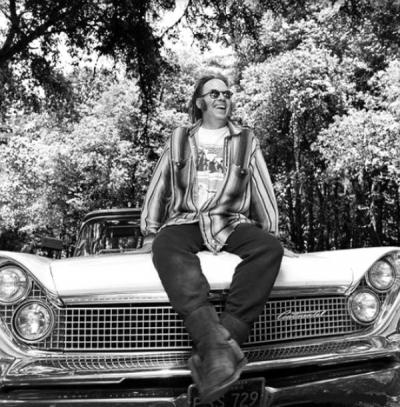 Sorry, Neil, guess I'm sitting this one out. Heart of Gold was on tv last night. I think it was foreshadowing. Ticketmaster, Live Nation, Tickets.com? This thing of yours ain't working for us working folk, but since profits are higher than ever before for you guys, I guess you really don't care. Good luck with that merger.

2. That VIP stuff Mike is talking about is very true. It is all ways for bands I don't want to see or are someplace I can't get to, but Live Nation has those packages and presale info some times in e-Mail

Now onto My Theory. The ticket companies know tht people don't want to wait in line so that is why they have all these fees. I also think that the 10am or 9am is a factor, it makes it harder to get up and go wait in line for a couple hours. When I was growing up tickets went on sale at like noon. I think every venue knows that they have to have someone sell their tickets on line or some other way. Remember when Garth Brooks did two shows or maybe 3 in Buffalo. If you didn't have multiple places to buy tickets a riot would have broken out. I think most arenas if they could get away with just selling tickets them selves they would. And that leads me to another point. If you go to tops for tickets you can't buy them until HSBC Arena releases them. It is possible that you could lose a minute to the arena or even more. I think they do that on purpose.

I don't think I would understand it but it would be cool to know how the money agreement between venues and ticket sellers works. I know it is different for different arenas and hockey teams.

Now if you want tickets for anything you need on of the following 1. A Citibank Card for Livenation special packages or 2. An Amex Card for their "Front of the Line" access via Ticketmasater. If you don't have either of the two, then you're just trying to hit the lotto.

I just bought Bon Jovi tickets last week. The insane thing now is the Livenation auctions. Shows now seem to be geared towards the VIP experience these days.

From the Buffalo News Photo Blog over the weekend 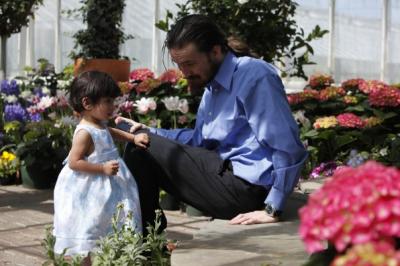 Peter, that is seriously a great picture.

That is so cute, (e:metalpeter)! What was the occasion?

aww how sweet! Yes, that was the room we got married in :)

The News' photo blog thankfully just posts the photos without embedding them into any kind of flash series. That is one I'd be tempted to order, Peter

That is so cute!

I hope I can post pictures tuesday but we shall see, ok back to 24

This is an awesome picture. Hey Peter, I can't get over how mucch Maya looks like her momma!

Thanks and thanks for posting this. I was going to look into how to do it but didn't even know if the picture was online.

I'm not 100% but I think this is the same room but with a different setup where (e:Rory) and (e:ladycroft) got married.

In Terms of the Picture its self I wish I was as good as the pro who took it for the news. I look at it this way that they wanted the picture of maya and I just happened to be the person with her at the time. There is kinda like a waterfall type thing she is looking at and I'm trying to get her to sit down. Hopefully I'll get a few pictures up soon. I have so many and the multiple sites to deal with.

Again Mike thanks for posting this.