So, that was Christmas (apologies to Mr. Lennon). I'm sort of with (e:Jenks), so much build up and two days later its just cold and winter. Not epically cold like today, but you get the idea. I guess it was a good holiday. Both daughter were pleased as new Ipod touch owners ought to be. Number one son was grinning like a chesire cat mastering Guitar Hero 5, so I guess I did my part well.

Christmas eve dinner was filled with laughs and general silliness. After some handwringing I went back to my folks Friday night. The ex, kids and I got together for presents and brunch which was probably my favorite part of the holiday. I, quite unexpectedly, received from a TomTom from the four of them. Because my inner child is never too far from the surface, I already have Homer Simpson programmed in as the navigating voice.

Some multigenerational moviegoing capped things off on Saturday as I took in Avatar with the company of my son and dad. By all means, see the film. Any weaknesses in the story or dialogue are covered up in the visuals. Plunked down for the 3-d, even though the 3d was always trying very hard.

When that snow storm hit the east coast last week, I couldn't believe the amount of people who were acting like this area got gypped. Power outtages, blowing drifting snow, did you really want a piece of that? Oh yeah, we got it yesterday. Settle down, it's Buffalo, we'll have days like Monday without concern. 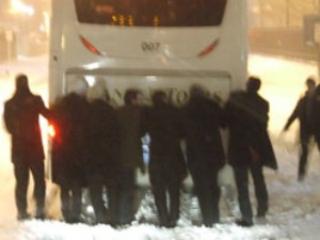 Although I'm glad to see the Pittsburgh Penguins do what they needed to do to get into town, I was content to not resume work until today. A nice 2 2/3's work day to ease back in after 6 days off.

Glad to see the NYE hootenany is set for the 24. Hope to see you there.

This is awesome. Thanks, Mike. Merry Christmas.

Something Something Dark Side

was kind of disappointing. I thought we were going to see it on TV first, but the producers decided to go for the money and like a moron, I ponied up. It had its moments, but sometimes felt like the writers just learned to curse for the first time, exchanging a joke opportunity for an expletive.

Ready for the holidaze. Got a satisfactory pile of stuff for the kids and most of it wrapped today. Just one morning errand tomorrow and I'm good. I even created a pie today and met with some success there too.

Multi-generational Avatar expedition is set for the weekend. I'm taking number one son and my dad said he wanted to have a look. So, we're taking in a Boxing Day showing.

It's the second christmas since my Dad-in-law passes and my mom-in-law asked if I would do the carving honors on Friday -- that was his big thing. Felt myself gulp a little while she was asking. It reminded me a bit of the scene from the West Wing when the President was explaining why he was sending his assistant to carving knife stores.

Fearless employer gave out grocery store gift cards this week and I had a grand time cruising the isles getting name brand stuff.

Caught Elvis Costello's talk show Spectacle on the CTV last week. He and the Imposters had Bono and the Edge on, the performances were a lot of fun.

Finally have something resembling my own speaking voice back after dealing with a really bad cold that as it morphed gave me a pretty good jazz dj voice.

Today was day one of a six day weekend. Best part about going back on Tuesday is that it will be good and quiet for the remainder of the week. Although, I managed to get a Polar Bites sponsor yesterday. That's a good party in February, a month full of high occasions.

Candlelight service tomorrow night, think my soul could use that.

Have a good holiday, peeps.

In Terms of the family guy stuff I have theory. That is that TV Makes it better. What I mean is 2 things really. I think the gags and the silly stuff that they do some of it mocks TV and at the same Time praises it. Good example is the Archy Bunker opening and yet the show is nothing like the old time shows on witch the used to rely. But the other thing I think is when you can't really swear it makes you be more creative and do other things. A Bad example of that is those songs that they sing where the word that would make the most sense is a curse but like you think it will be Fuck and you hear the f but it is like Fudge and then that makes the next part of the song.

Aren't grocery store gift cards the best-est!!? I love them but everyone seems to think book gifts are the best (that I can't use so much, because almost all of my reading is online nowadays).

Asking you to do the carving is a beautiful gesture; you are an important member of the family.

Your father in law really must have been something. I'm sure you will do fine doing the carving! 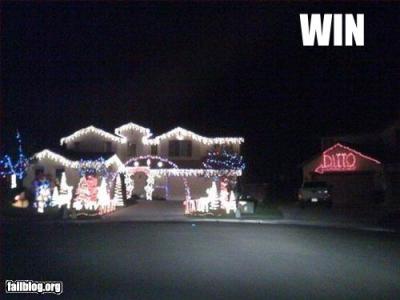 Hahah, that is perfect. Sarcasm and thriftiness rolled into one.

Read nothing but bitching in one form or another yesterday. "We had tougher storms and still went to work/school/whatever." Yes, we have and I think my point was be glad you didn't have to be out yesterday. As I write this now, it is 16 degrees outside and not much warmer in my office, but watching the wind & snow have at it yesterday, I was glad the kids got the day off and didn't have be chasing buses and their mom got the day too. The topper for me was getting the phone call a little before 7:00 a.m. that I got a day too. Somehow I stopped caring that I couldn't see across Delaware Ave.

Yeah, sure we've battled bigger storms, but I'm glad we didn't have to, by last night it was just cold. I had to pick up a daughter from a friends house, disturbing my car from the nice warm garage. Got a slight thrill driving my unspoiled car past snow mounds that had cars at their bottoms. It was real easy to find mine in the Wegmans parking lot when I made a quick stop on the way home.

I'll leave you with this one thought: the person who invented the "necksock" for Columbia outerwear is a frickin genius and deserves a better cut of whatever royalties they are currently receiving.

Yeah, Columbia makes em, like a fitted scarf, the neck part of a turtle neck almost. Found mine when I was still working the Bills games.

if there is any 'karma', the same people who were bitching about it being a snow day were the same ones stuck in traffic for three hours on the highway. They were also the ones that still had to go to work.

Necksock? Hmm, interesting. Hats and scarves are working over time this week.

well, not really, but a Facebook note that I wrote about Memorial Auditorium's deconstruction which lead to a rambling blog was chopped up and incorporated into Aud-ieu:Buffalo Says Goodbye to the Aud. Through historical photos and current ones of the tear-down, my piece is culled from in four different sections. The book comes out next week, but you can see it online at:

It's the book in digital, page turning form.

Oooh, you are a famous author now! Will you forget us little unpublished people now?!

hey, that is pretty cool news! enjoy the boost :)

Wonder if the marriages of Volker, Masierz and Stachowsk can be invalidated. 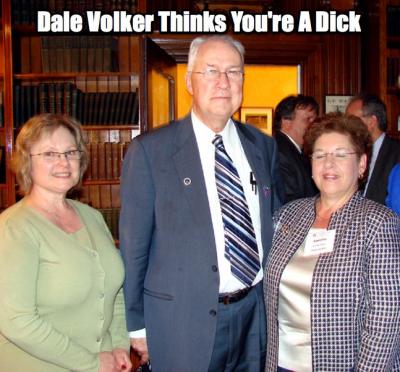 The Speech, the War and Everything

I didn't see the entirety of the President's address last night. You knew something had to be coming along the lines of what was announced.

I read the text of it this morning to avoid the contaminants of both Fox and MSNBC and if President Bush had been that declarative in 2003, I don't think we would have had the polarization that we have seen in the intervening years. I'm not sure how I feel about it entirely. I think had it predated the Iraq enterprise, the climate might be a lot different now. Coming out of 9/11, the protests for coming into Afghanistan and taking care of what was thought to be needed probably would have had minimal dissent.

It's interesting because some extremists on both sides are grumbling about costs. Now, we worry about the finances? Some people will do anything for a soundbite. As nothing appeared to be changing with the status quo, it seemed like the President had two choices, pull out completely or wrachet things up to get this done. To pull out would not be easy and would mean we were just pissing away resources. I'm not in love with the alternative, but he inherited two fights that weren't staged very well to start with, and at least there is a goal, a plan that doesn't involve banner hangings and photo ops, but a definitive goal. There is no good in any of this, but that seems as pragmatic an outline as you are likely to see.

Being a pacifist/coward, I'm not the possessor of the most grand of military minds, but after watching Desert Storm nightly on television, I've often wondered if we are using all we have in such items. It used to be derigeur to show footage of a bomber pinpoint targeting the desired target. I don't know if the guys on the ground are getting that same sort of support, something that occured to me for reasons passing understanding. Neither Iraq, part ll or Afghanistan has seen that.

The things we choose to care about....