I want to be all snarky about the headlines about Buffalo and Toronto doing an Olympic bid, but I got nothing. The Olympics certify the best that sport has, but can also embody the worst too. The now infamous twitter feed of #BuffaloOpeningCeremony was pretty hilarious and that might make me a bad buffalonian, but I hope the recent collection of soundbites is it. As another blog correctly pointed out, what do we have that Toronto would need and couldn't get from Burlington, Hamilton, et. al.

As we have the real thing ongoing at the moment, with the medal counts (which don't really mean a great deal, I mean is there a trophy or prize for that) and hyperbole (Phelps, the most decorated Olympian ever, that sounds better than greatest Olympian ever), it's a little disconcerting that sometimes there isn't much to say. It's just a little weird that the time traveling Today show devoted more coverage to a gymnast hairstyle (Holy Non-Issue, Batman) that it did this. But at least the Games go away now tonight.... 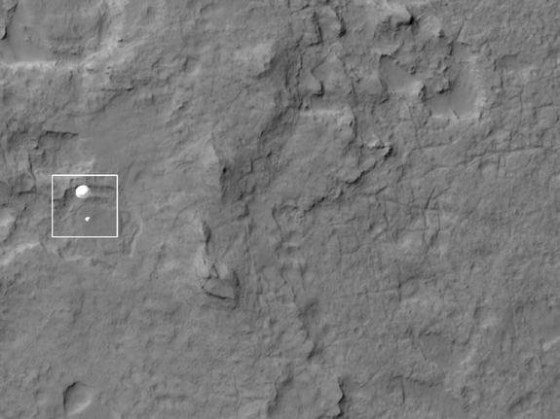 That is the Mars Curiosity Rover landing on Mars, taken from another satellite which I took from Yahoo.com. Now, that's cool. Just an odd feeling that it is almost an afterthought in light of what all else is going on. That should be a big deal

Now, My dad, thoughtful observant dude that he is, recently noted that all it takes to make everyone around you a doctor is for you to come down with something. Opinions and assholes are forever linked in that regard.

I guess it is a sign that I'm getting older that it is taking a bit for an ankle injury(pulled tendons above my achilles) to recover for me. Age and the fact that resting it is a little dull. The needs of my job need me to do some ambling around, making me the Dr. House of marketing. A couple folks see me coming with a "still limping, there" observation. That's helpful as I wasn't noticing. Powered my way through our recent benefit which I think would fry the healthy cortex of Schartzeneggarian proportions. You know you're doddering a bit when both your mom and daughter present you with ankle braces.

It's funny what can slow you down. My building has a set of stair cases that thankfully after five years, I don't think much about....till now. You have to be careful when you think about how you plant your foot a bit and that nearly induced, vertigo I guess. I'm part of a great team and one of the kind souls reorganized our group to "get Mike off the stairs." That made me feel both really great and sort of pitiful.

I've never been a jock of any kind to speak of, but take a degree of pride in doing my share, toting my barge, lifting my bale, doing for the team ("TEAM, TEAM").

I made sure I wasn't screwing anything else up. It's going away, but three weeks off from heavy lifting events will help, but the nerves can repair sooner.

As I try to shake off the effects of a less than stellar summer and right myself for what remains, it is food for thought.