This was pretty cool. She came over to watch preparations for an evening event and hung for a bit. 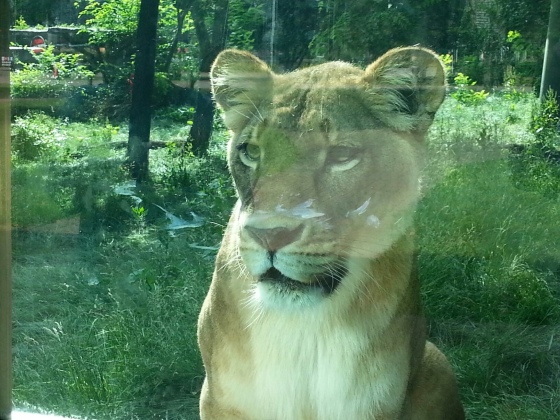 I'm thinking the latter, but he had some interesting call and response going with the lions that were inside

what was up with the male though? he seriously sounded ill, or maybe like he was just going to hark up a fur ball the size of a small dog....

You talkin' to me?

One of my colleagues in repose on Monday evening prior to an nighttime event at the office.

Ever get the feeling you were being watched. 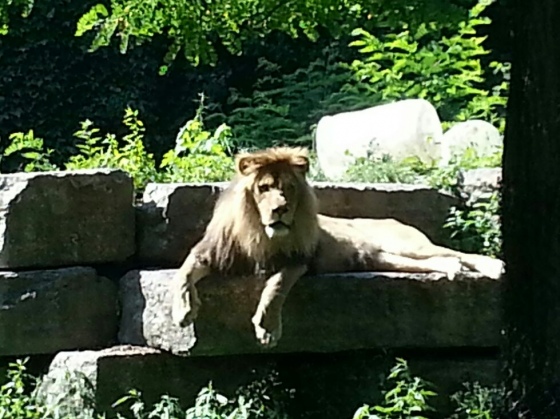 Can You spot the peacock in this picture? 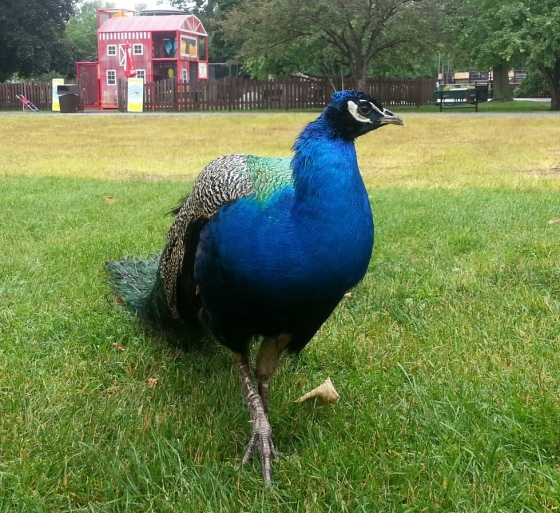 Had to work on Father's Day

So I wound working on the holiday. My animal colleagues cooperated 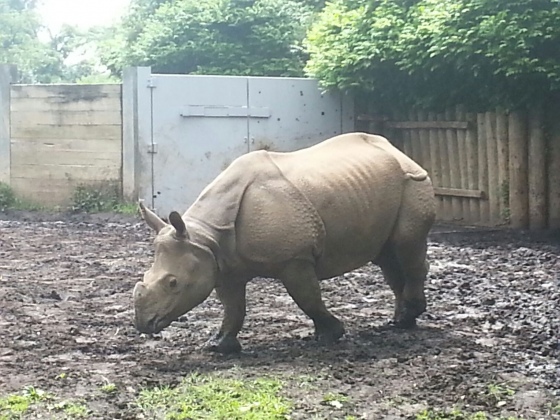 Long day's journey into night on Friday with the Zoo's annual gala. This is where company movers and shakers come together to help the place out. I was on meet and greet duty at the about to be opened new front door.

A dabba do time was had by all, all except those of us who had to work the darn thing. 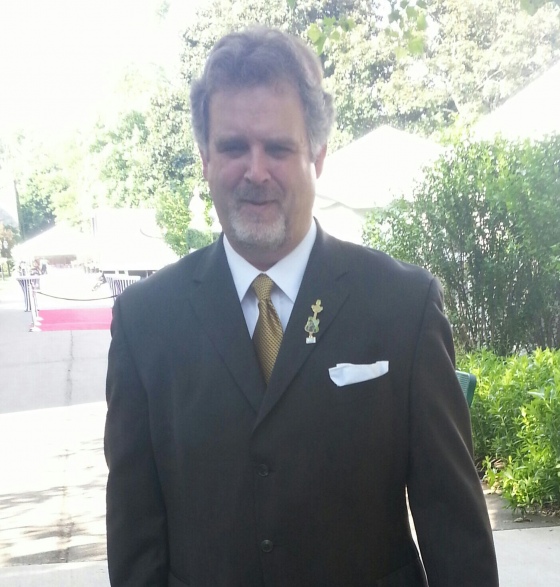 It was a little odd to wake up, stagger into the living room, turn on the tv and hear my own voice. It was in a good cause as the kids are playing...and playing nice 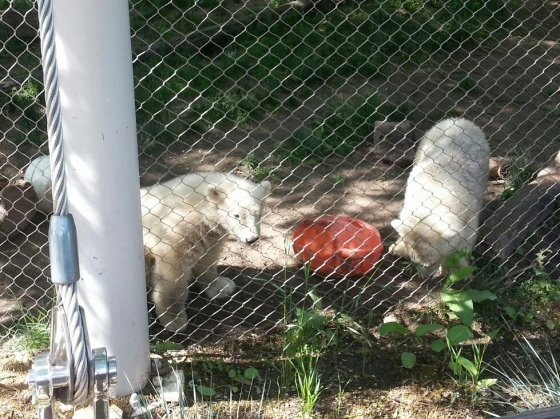 Nice to hear they are getting along....

I apologize if this is at all tiresome, but you don't get this kind of proximity to a polar bear typically. I snapped Thursday afternoon. This is where you go "awwwww" if you haven't already done so. 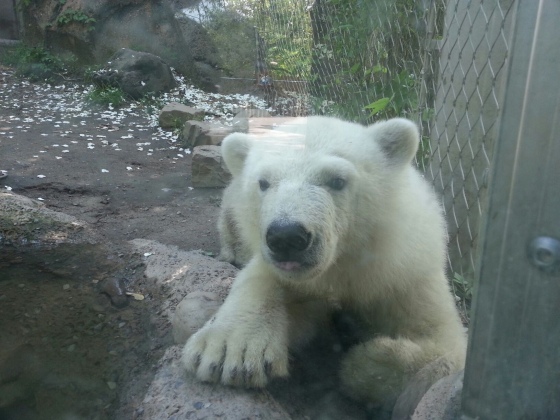 Not :) if your trick is to Have a sandwich the animals can smell trough glass or a glass bottle of coke :) HA ... But that is a great picture yes more.....

Not at all tiresome!!! Everyone needs more adorable polar bears.

Takin' It to the Streets

I've done it before, shouldn't be a big deal. It's just been awhile. That's all. But the layoff can do things to your mind. I know people who for insane distances, who sport the body hugging ensembles for their 60 mile jaunts. I respect those people. They battle terrific elements in conquering sometimes unforgiving surroundings. I am not one of those people. I've been riding a bike casually since I moved into the city, but a combination of age, stupidty and other factors had me off last summer. I don't go for distance or speed past anybody. I like it for the sake of the fresh air and what not.

But a cool windy day seemed as good as any for the Irish Great Gazoo (check out the helmet) to turn a simple run to the bank into a primer of getting reoriented again to riding into the city, where more car, bus, motorcycle, scooter and pedestrian traffic spends more time staring at their phones then watching out for one another. 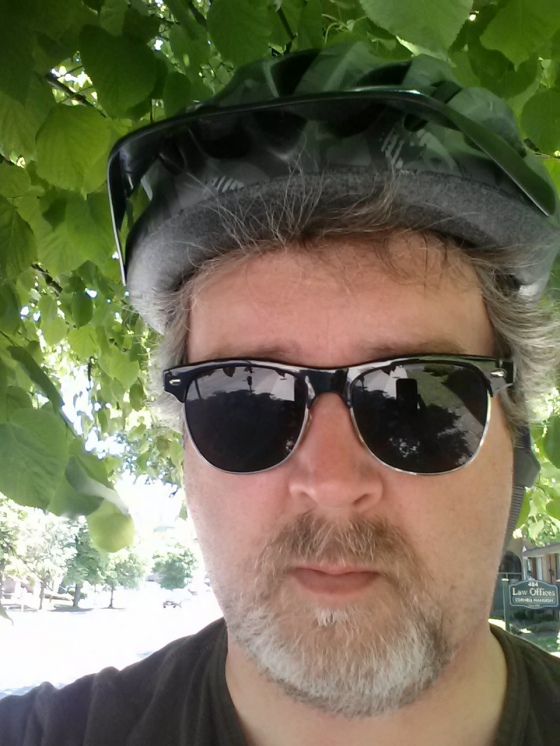 Toughest task for an apartment dweller is getting the bike out of the basement. That being done, a little stretch for this short cruise and away we went. Elmwood Ave on a Saturday isn't jammed with traffic as you get closer to Allentown, but traveling down the incline on Utica into the lake breeze makes you think this will be no problem coming back as you keep an eye for any bumps in the road that could turn the bike seat into a surgical instrument. A turn onto Elmwood heading downtown and I hear Sean Connery's voice from the Untouchables in my head: "Everybody's gotta die of something," and I hit the actual bike lane. You get reacclimated and it starts to feel good. It's like the old pool warning "C'mon in, once you get used to it, the traffic's fine."

And you remember to keep your wits about you and all's good. How those folks travel with the ear buds in, I'll never know. I get down to City Hall for my errand in decent time, take care of business, and because there is part of me who apparently has a little self loathing going on, the new paving job of Niagara Square proves tempting. So, I and a large assortment of cars hit it. A brief moment of "what the hell was I thinking" and I'm 3/4 of the way around the traffic circle of the damned and on Delware headed back to my place. Remember in the last paragraph where I said the wind would be no big deal on the way back, well, dear reader, in the short time frame that transpired, our lovely Western New York winds shifted a bit. Great! Terrific! Fantabulous!

I take the hill that is Delaware and make it back still able to speak English like it is my mother tongue. So, that will have to settle for today's big accomplishment.

I have to go back to the site of my errand, by I think I'll take the car.

That roundabout is a bitch! And I know exactly how tricky some of those roads can be when dodging potholes and parked cars alongside the moving ones! Good for you- you survived and got exercise :) 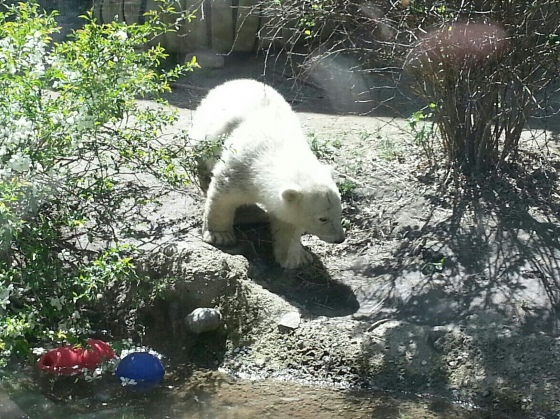 This is an adorable pic. BN should at least given you credit!

Not often a phone pic on my facebook page winds up on the Buffalo News Blog.
:::link:::

Guess I've been posting for awhile. When I first joined estrip, the young guitarist in the picture was six, today he was the lead vocalist on "we are young" in front of a few hundred folk at the UU church. it was incredibly cool to see him so cool at the mic. Rock on, number one son 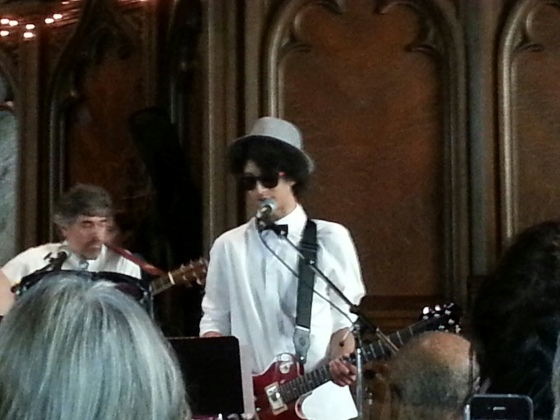 He was singing lead on "We are Young." Lucky my hand wasn't shaking for this.