My flight is delayed again. It's times like these that I really wish I had a private jet.

I can't even remember the last time I flew out of any NY area airport on time. I think the standard has devolved into varying levels of lateness.

Today is the day I'm choosing to celebrate my birthday. I started out by a visit to Bumble and Bumble in the West Village to get my roots touched up. I love nothing more than fancy salons and hair treatments. After that I decided to walk around a bit, since I avoid that part of town like the plague (it's way to fancy for me). I walked by Julian Schnabel's crazy pink building

. Then I decided to head over to Marc Jacobs and buy some fun things. I'm not going to lie I loved carrying that bag around. Then I decided to keep walking and head over to see puppies at Le Petite Puppy. After I kept walking, enjoying the day. I happened to walk past a couple taking a picture with a mailman. I thought it was really odd that anyone would want the picture of the mailman. Then I realized it was Kieffer Sutherland (thank you lilho for telling me the name). I then hopped down to Century 21 and scored a pair of Fry boots for $89! I actually haven't owned a pair of boots in years for a reason that's too complex to get into.

And the best part- I still have LIZA tonight.


Note: I wish lilho was going with me. I feel like even though she doesn't love her, she'd appreciate the camp as much as me... 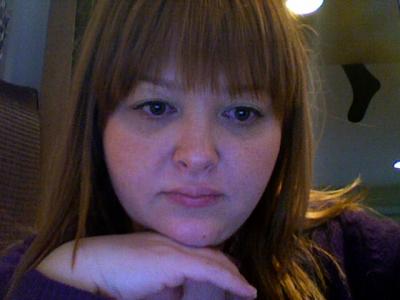 Happy Birthday...early or belated....I'm not sure where I am on the spectrum. Enjoy it nonetheless!

Hope you have fun celebrating your birthday. I wonder why Kiefer was dressed as a Mail man, I'm guessing something was being filmed, I doubt he would get a job as a Mailmen to research a role but you never know.

I walked in and saw this at my desk. I seriously almost cried it was so sweet and thoughtful. My co-worker decorated my desk and put together the most thoughful, funny, wonderful gifts for me. Sometimes I forget how lucky I am to have certain people in my life. 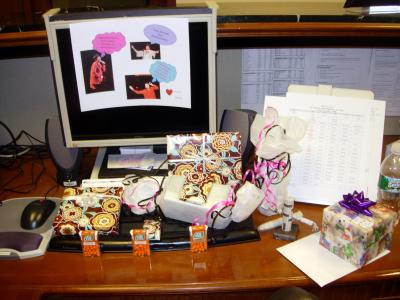 Here are my belated birthday wishes. I'm glad you had a good one!

What I've managed to do so far today

Bought myself some presents. 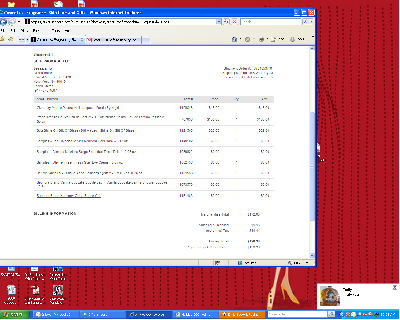 Ok so my whole grand plan of posting that picture didn't work out so well. Basically I just bought a bunch of stuff from Sephora. I recieved a gift card last night at 6pm and have spent it already. It didn't even last 24 hours in my hands!


mmmm and for Sephora, too.

Happy on-line shopping to you!

The truth is, sometimes Iâ€™m a big pile of mush who just wants someone special to snuggle with at night.

Okay, then, now Iâ€™ve been honest with you. I actually feel a little ill.

And yeah, I could use a hug.


Oh Julia, maybe I do heart you after all..

Normally I'm a little afraid of hamsters. This fear originated when I was in the third grade and took the class pet home for a weekend. The one rule (told to me by both the teacher and my parents) was: do not take the hamster out of the cage unless there is an adult around. Ever since I was a tike I've been all "Eff rules. I'm too smart for rules to apply to me."

Long story short. I took the hamster out of the cage. It nibbled my finger. I freaked out (I didn't have a lot of exposure to live animals in my youth) and dropped it. It ran under my little white bookshelf. I lifted the bookshelf up to look for it. Put the bookshelf down. Well, you know what happened. Don't make me re-live it.

My fear diminished a bit today after seeing this. Now I want both a hamster and a piano.

Have you seen the teeth on those things when they yawn, though?? Our school pet hamster ate its babies. We were traumatized. They are damn cute and fluffy, though.

All I want for Christmas

besides an awesome boyfriend to makeout with is:

I've been good all year!

Ok no I haven't, but those rings would look so pretty on my finger.

It's a jewelry channel auction site that has some very reasonable stuff(mostly rings)with gems set in sterling, yellow gold, and white gold. They sometimes sell loose gem stones too.

They are just gems in 14k gold. I found them on tiffany.com because i like to shop for gems in my free time..

I like that amber colored one. Are they any stone in particular? Pretty!

I go through Documentary phases. Usually I have to curb these phases because I watch them and get all "workers of the world unite". I'm in one of those phases now.

My latest from Netflix is: Control Room. A 2004 documentary about Al Jazeera and the coverage of the beginning of the Iraq war.

Before watching this I had little knowledge of this TV station other than it was the main news outlet for the Middle East and may or may not be associated with terrorists.

After watching this documentary I want to punch George Bush. I already wanted to punch him, but now honestly if I ever saw him I can't say that I wouldnâ€™t spit on him (and with that sentence the FBI beings to wire tap my phone calls).

Some key points from the film:

Josh Rushing, a press officer from US Central Command (Cent Com) (and I quote): "Doesn't understand how the people of the Middle East can't separate in their minds the Palestine conflict from the overall conflict in the Middle East."

He also, after the fall of Iraq, states that the people of Iraq should be responsible for the protection of their own heritage sites and that the US Military has no responsibility for the museum looting. A BBC reporter, in complete astonishment, repeats this and states that from the mobs she saw she thought it would take a tank or men with guns to hold back the mobs. Again he stated it was not the responsibility of the US.


A reporter from Al Jazeera also analyzed the iconic moment when the Iraqi's took down the Statue of Saddam in the Square. She noted:

I understand that propaganda is a necessary part of any war, but the fact that this was a war built on GW's bullshit lies (weapons of mass destruction?!) just infuriates me. It was also a good reminder to view all media with a bit of doubt.

I also think it is important to think critically regarding all media, except, of course, for what is read on estrip. It is all true.

I'm obsessed with the idea of babies lately. To go with this theme I've found the place to birth my child:

The dressing closets should be pink too.

Not being an asshole

On certain days I'm not a huge asshole. Days when I don't elbow anyone on the train, silently judge outfits, give the look of death to everyone around me. Today is one of those days. I'm always pleasantly surprised what happens when I'm nice.

It started this morning when I went to go grab coffee at Starbucks before work. There was this couple in front of me in line. They were clearly tourists that spoke no English. The "barista"/cashier was being a super huge asshole about some coupon they were trying to use for a free latte. It was only good for 3 kinds of drinks and they looked so confused. To top it off the wife was getting mad at the husband. He looked kinda scared. It pissed me off that the cashier was being so mean. Tourists are going to be one of the things that keeps the economy in NYC afloat. I stepped in to help out. Problem solved, coupon redeemed.

I then started to walk to work and there was the source of the free coupons. The dude gave me a free latte coupon and TWO bags of coffee.

Flash forward to lunch time. I go to grab a egg salad sandwich on rye. I walk into the deli and order. The owner is behind the counter yelling at everyone, basically being douchy. I give the guy who is making my sandwich a "yeah what a douche" look. He smiles back. He then proceeds to cut me a fresh pickle (note: I love pickles and getting a fresh one is a huge score).

Then I walk over to redeem my coupon for coffee. I go to exit Starbucks with sandwich in one hand and coffee in the other. This guy pulls open the door from the outside, I thank him and he tells me how pretty I am! Ok so he was missing a few teeth and about 20 yrs older than me. But letâ€™s be honest, I'll take compliments where I can get them these days..

Youâ€™d think this would teach me to be nice all the time. But letâ€™s be honest, that is not going to happen.

Interesting, I've been traveling there for 20 years and haven't gotten that.

Don't you think that kind of defeats the purpose of the coupons if they went to so much trouble to redeem them and then gave a coupon to you?

@(e:Joshua): I have been to NYC >5 times now and each time, I have found the people in Manhattan and beyond equally friendly. Many of them went out of their way (quite literally) to help me out all the time.

Yeah, that is an anomaly in NYC. I've found that people in the city are the type of deeply obnoxious, vile individuals that can only be found in NYC. On the other hand, I've had a lot of pleasant experiences with average New Yorkers outside of Manhattan. You saved their day, those tourists - I would have done the exact same thing. Let's face it, baristas aren't exactly in the position to be able to justify being bitchy to ANYBODY. If people behaved more like you did, rather than caged animals, I think NYC would be a significantly more pleasant place to live and visit.