I had a great time celebrating (e:Mike)'s birthday (HBD!!) this weekend at both Skybar and at his party. Skybar was so much fun to dance at, even when it started pouring up on the roof. 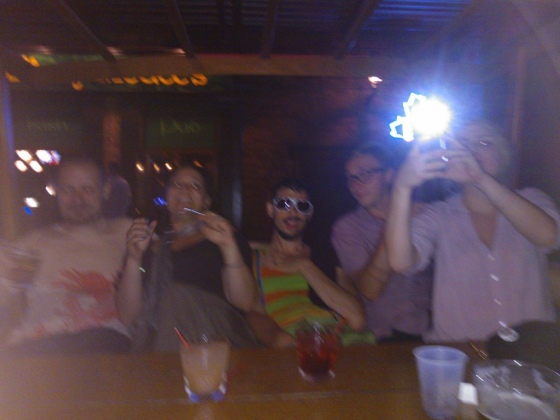 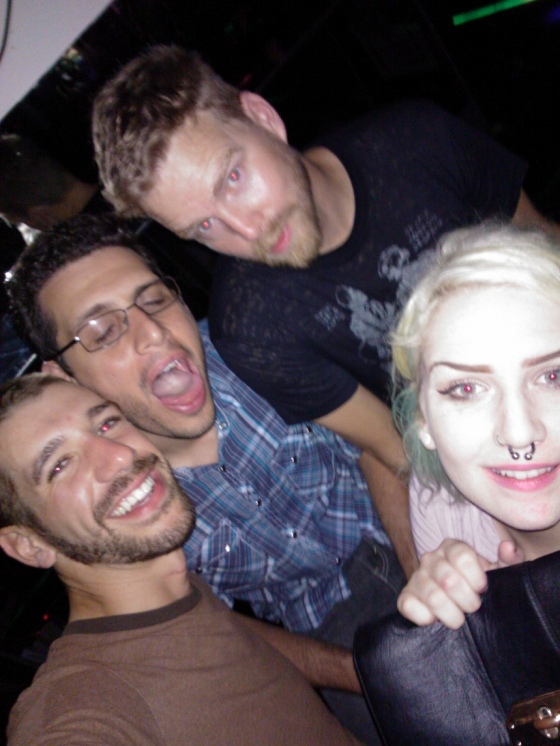 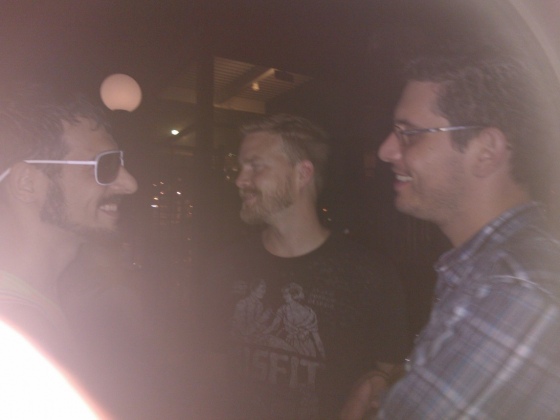 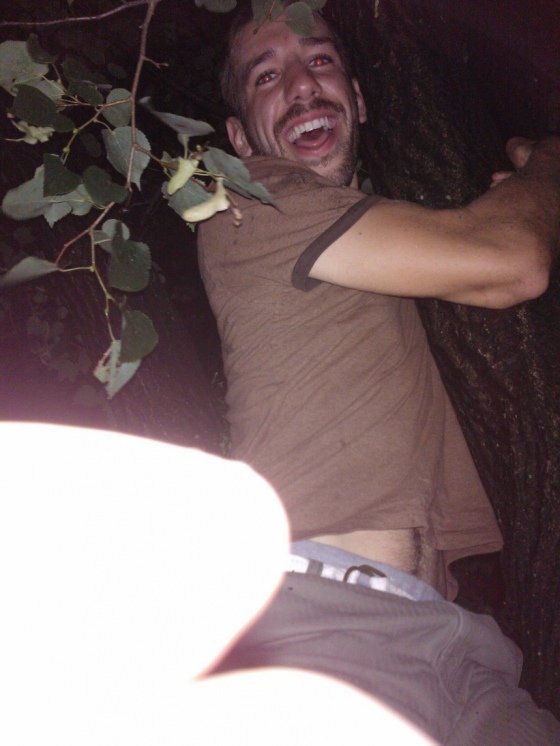 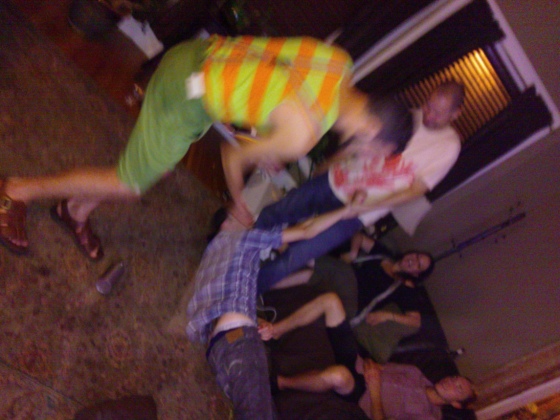 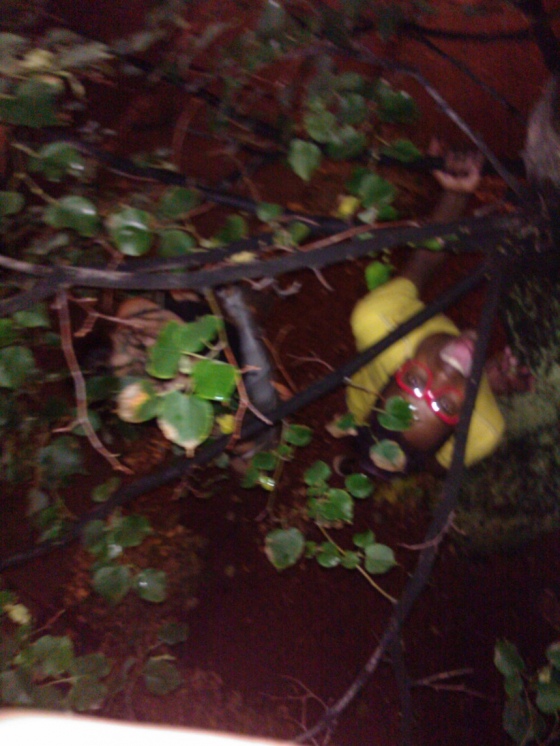 The party was amazing too, and I was glad that a few of my good friends came. A good time all around, from the supa fly unicorn bike to the clearance themed decorations. I took some pictures that are blurry, but then again so was the whole night. 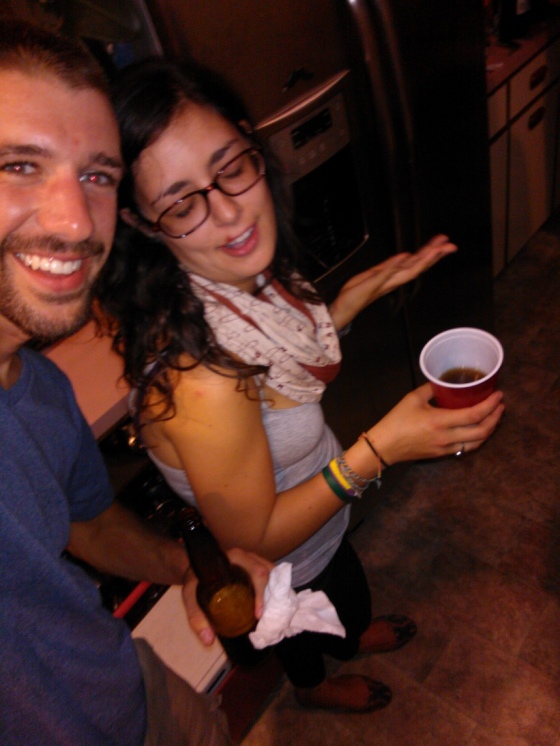 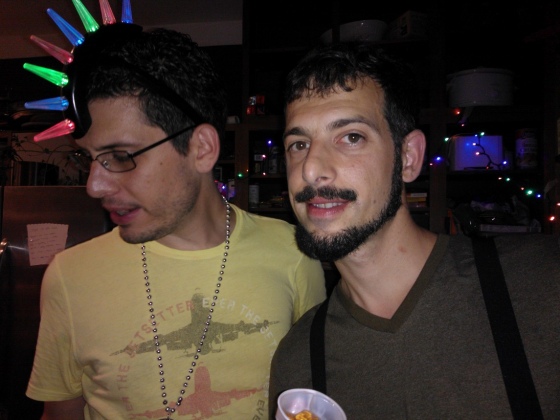 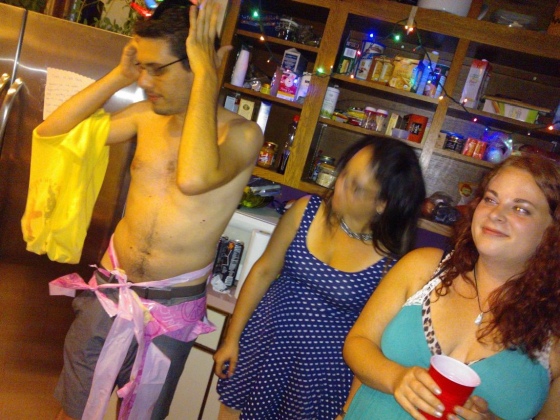 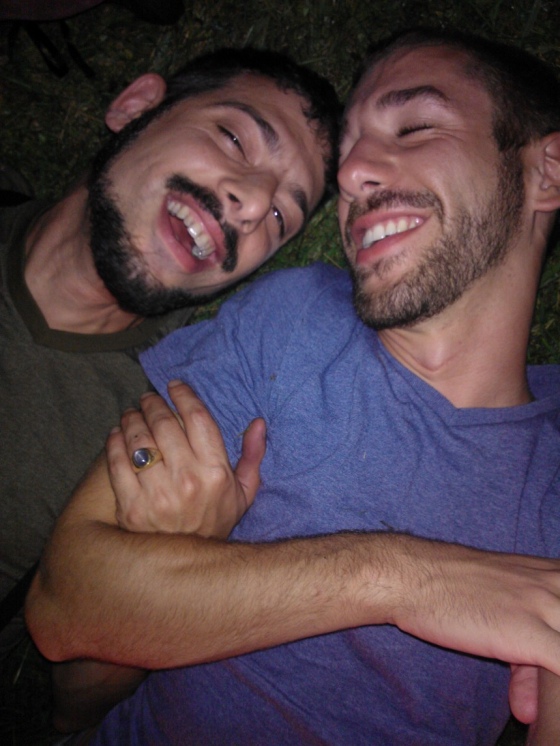 Everyone looked to be having a good time, especially Mike. Even after the jello shots caught up to him. 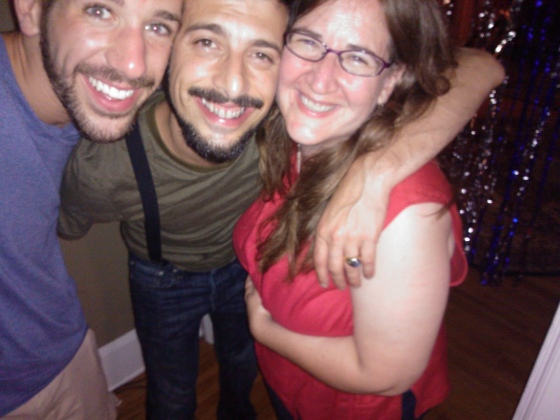 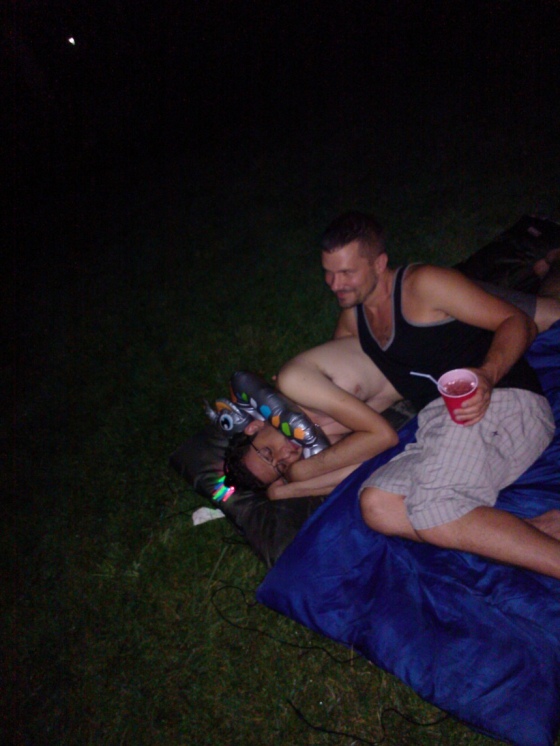 That was such a great time you missed (e:lilho).

God you are so freaking cute (e:Joe). Everyone looks so cute in these pics.

All the way turned up!

Lotus at the Canal

Got around to giving a bath to my dog, and he wasn't feeling it. What kind of lab hates water? He does. That's okay, I love him anyway. 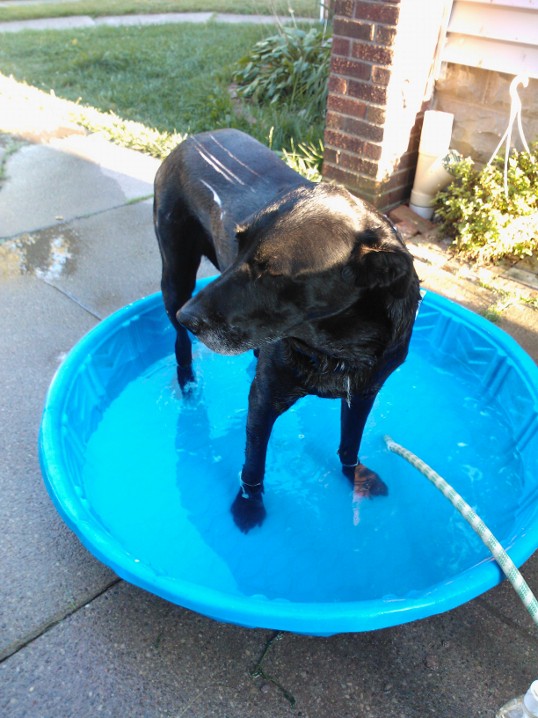 After I headed down for the last harbor of the year (and almost got hit by a bus). Besides that, the rest of the night was pretty awesome. I caught up with (e:Paul) and (e:Terry) for the second half of Lotus performing. It was a great show to dance to and there were even fireworks from the last Bison's game which seemed fitting to close out the concert. 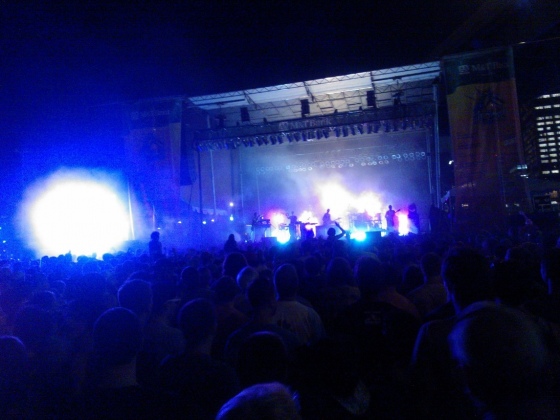 Rest of the night was spent well with Mike, Dave, TK and Alex, dancing and playing football on Delaware. It was a great time, but I stayed up too late again!

Yesterday was (e:terry)'s birthday. HBD! :) I hope it was an awesome day for you.

After work, Terry and I tried to make it to a bike ride I heard about on College Street, but we weren't able to find anyone around. It ended up being alright going on our own bike ride, down past the canal, Ohio and Fuhrmann and around the Union Ship Canal. We found the floor from this old warehouse or factory nearby - there still was tiled floor from a bathroom (?) and this giant array of holes in the floor that must have had to do with whatever work was done there. It still kind of boggles my mind how much empty space is down there now, and how packed the waterfront with industry once was. On the way out to the street we ran into a turtle who seemed to be pretty pissed at us. Probably because he didn't liked getting poked. 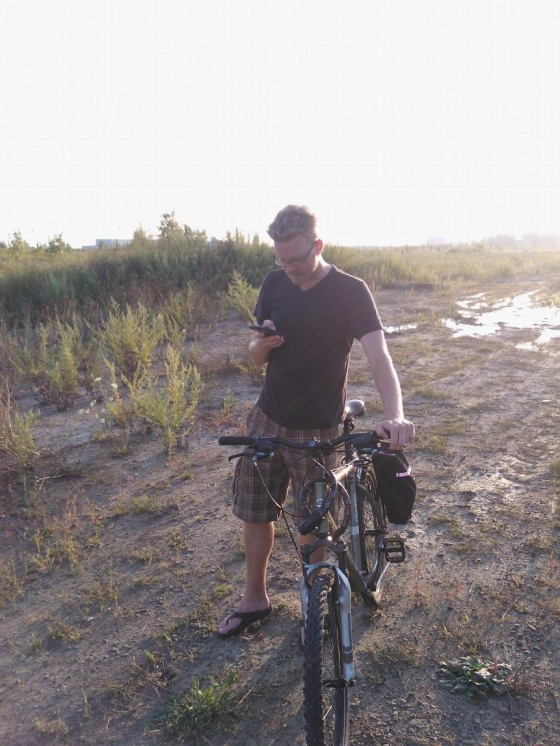 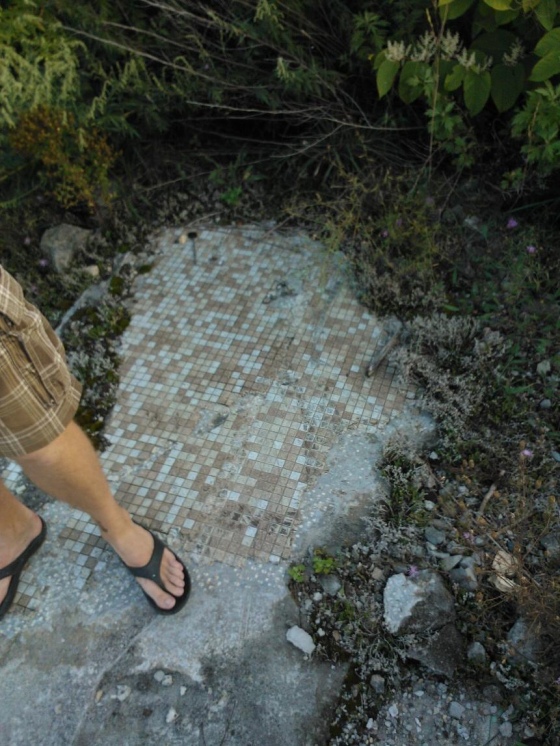 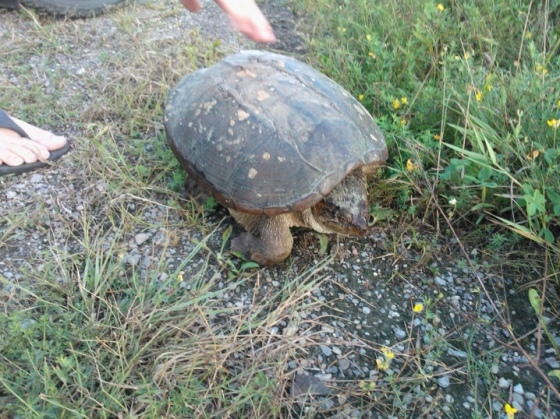 Heading back, we ended up going through South Buffalo up Tifft, South Park, down to Larkinville and down Seneca to downtown. I swear with all the overpasses and bridges, it's probably the hilliest route in the city. South Buffalo will always feel like a foreign country to me. 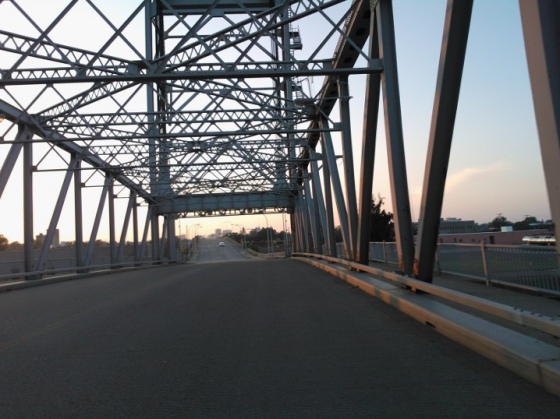 After going home for dinner I came back down for the birthday celebration, a few good rounds of glow in the dark bocce ball, shenanigans with the spoon, and some good conversation. Ended up finishing the night with an awesome cake assembled/made by (e:paul), even if it did end up collapsing slightly! 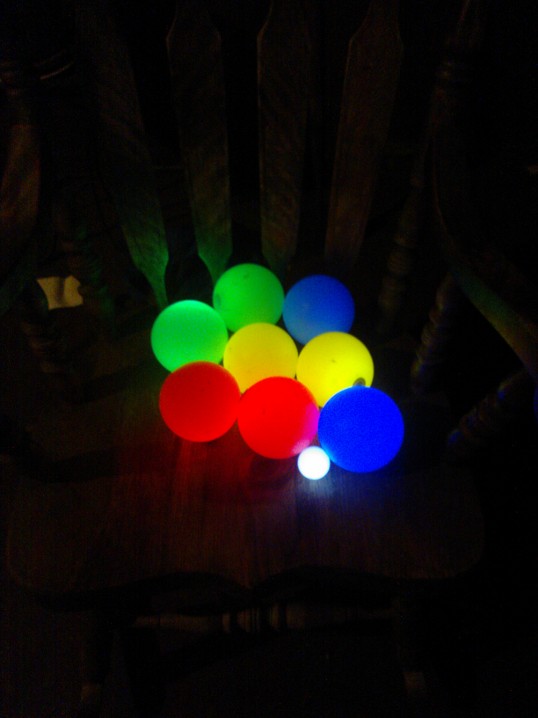 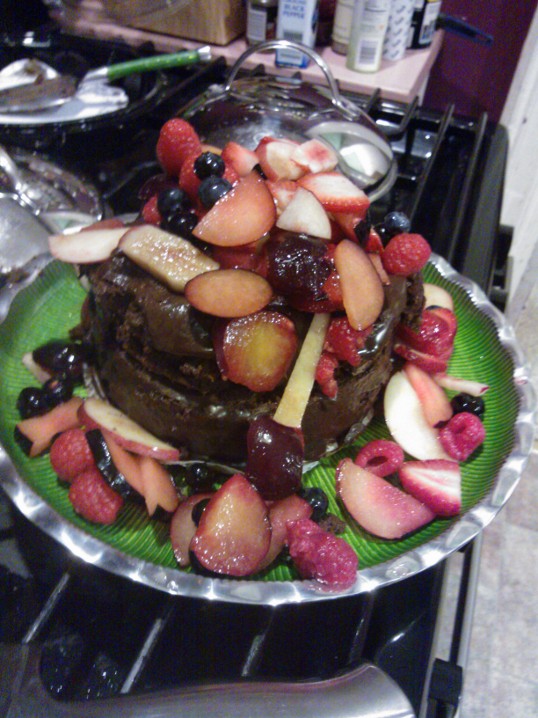 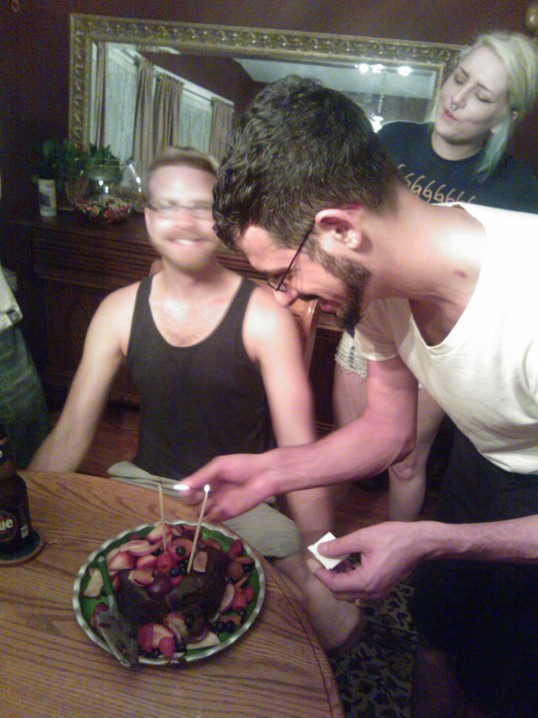 Also, I may have relapsed on my candy addiction. I really just need to keep myself from eating that first piece, otherwise I can't control myself. 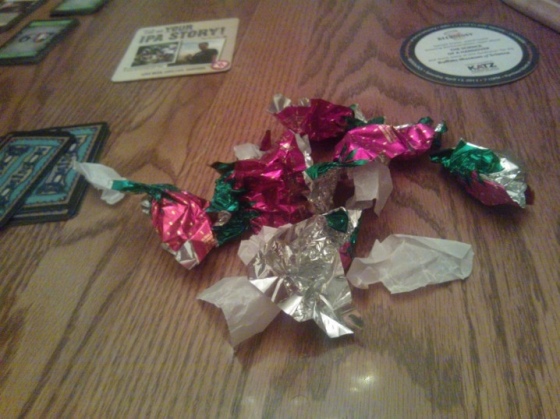 Called out and corrected!

That's a turtle, not a tortoise. Its like the difference between monkey and human in my opinion.

The craziest part about the cake is that it had burning chopsticks on top because we were out of candles but had some to go chopsticks in the horder drawer and they burned pretty good.

Fleeing to the Cleve

It was an exhausting but fun weekend. Had a really good night going out on Friday, a short nap, and not too bad of a morning outside for work. Then after a terrible boring drive down to Cleveland, I met one of my best friends Sarah at a church for another friend's wedding reception. The reception was great - I got to catch up with some Case and Hope people, and celebrate an awesome marriage. I'm really happy for Mike and (another) Sarah. They seem to just click so well together as long as I've known them together.

After Sarah and I went to go check out our old stomping grounds at Coventry and Case. It was weird to see all the new freshman moving in, roving in herds from their dorms, and some of our old friends. We were those freshman only a few years ago, but it seems like forever. Even weirder to think that we'll never have a first day of classes together again.

We went back to Sarah's house way after for dinner and to hang out with her family. Definitely had fun it, but by we ended up being too tired to even go out at that point. I slept 9 hours the next day, felt good to catch up on some sleep. I convinced Sarah to finally ride her bike in the bike lane (omg) on the way to get doughnuts, the breakfast of champions. 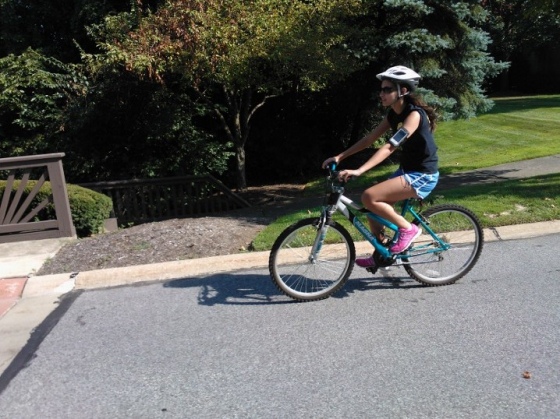 Not that a picture taken (dangerously) while driving over the innerbelt does it justice, but I love Cleveland's skyline. My second city fo sho. 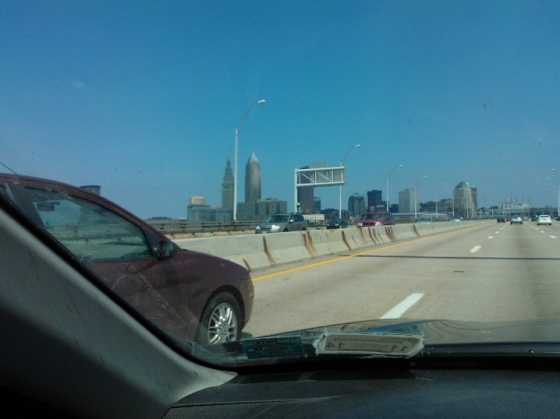 The next day I got to go on a ride early in the morning. I love being able to ride around when almost no one is around, and it's still not hot yet. It made me want to start biking to work, hopefully I can start soon! 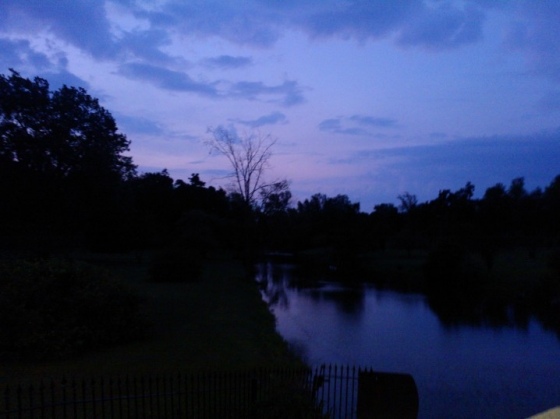 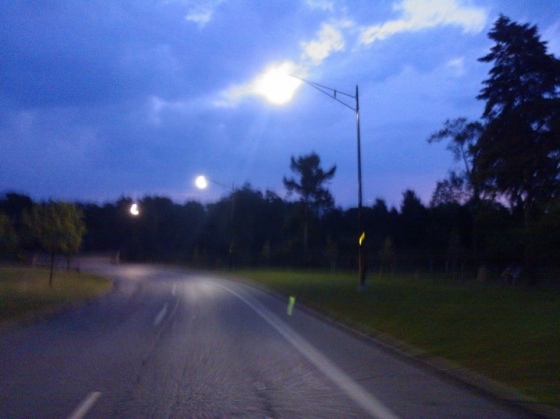 The second last pic is so pretty. I love the colors.

Yay, I made an estrip!

I decided to sign up when I started thinking what an amazing summer I've been having since I moved back. I've made tons of new friends and met new people, done things that I never got around to before, became obsessed with Buffalo again, and just feel driven in a way I haven't since freshman year of college. It'd be awesome to go back and remember some of what goes on, and collect some thoughts here.

Random, but I ended up on here all the time at school when I'd be procrastinating and searching random things about Buffalo. It was kind of crazy when I met (e:paul) and found he made this site, because I remembered some of his posts about Kenmore.

We'll see if I'll actually be able to keep something like this up.

"Welcome new estripper! Can't wait to hear about Kenmore from you."
As if you haven't heard enough already, lol

Welcome new estripper! Can't wait to hear about Kenmore from you.