Seen at Wegmans on Saturday. Soon everyone will just decorate their houses with string lights year round. We're ahead of the curve, the Halloween lights never came down. 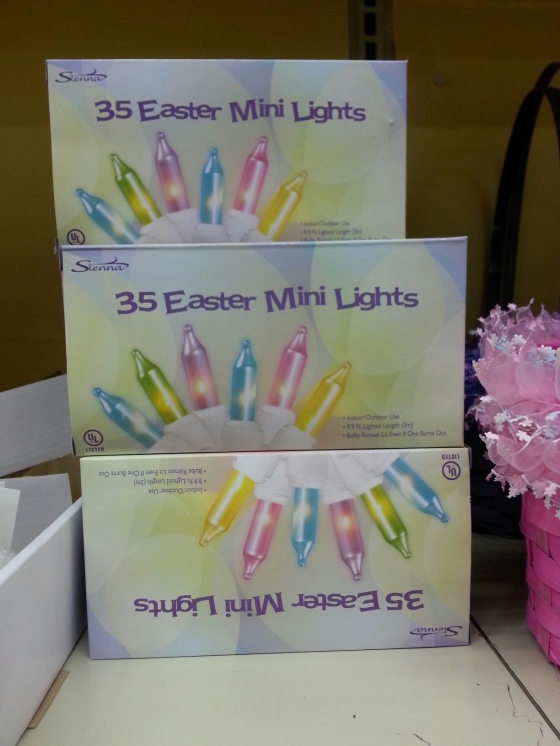 Before we went to Wegmans (e:paul), (e:terry) and I met up with their hilarious friend Brian for lunch out at Saigon Bangkok in Clarence. He's on tour for a show of Joseph and the Technicolor" Dreamcoat with Diana DeGarmo (old American Idol contestant my sisters were obsessed with). 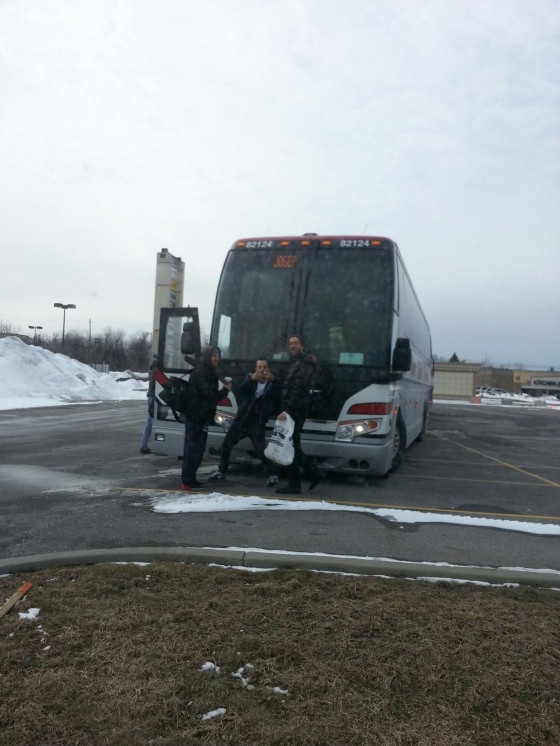 The party the Monday night at Natasha and John's was real fun. It was awesome meeting them. (e:terry), (e:xandra), (e:Heidi) and (e:Dianne) walked over together. I don't remember the names of all the people I met but I'm sure I'll see some again.

The food was so good, especially the mac and cheese, vegan chili and of course the cookies. (e:terry) brought this 8% beer which made the night a little crazy but that is okay. We finished the night with a walk back and a stop at Nietzsche's before Terry and I made it home. 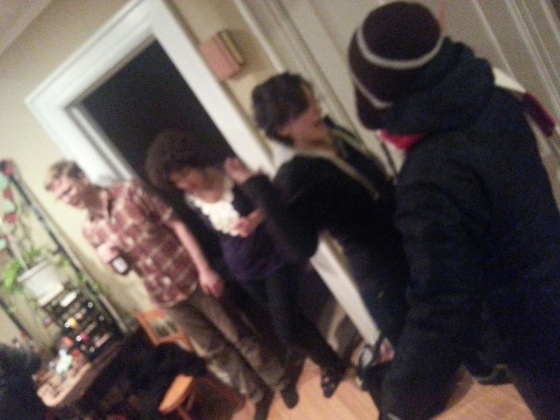 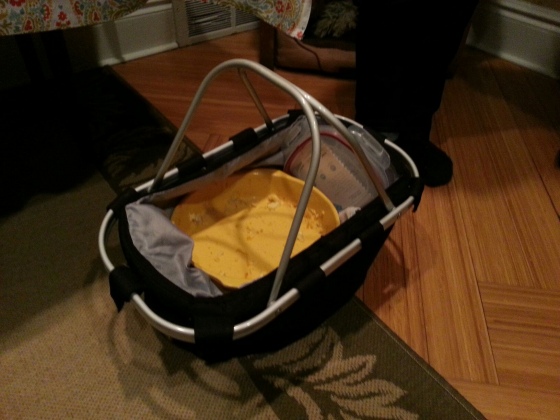 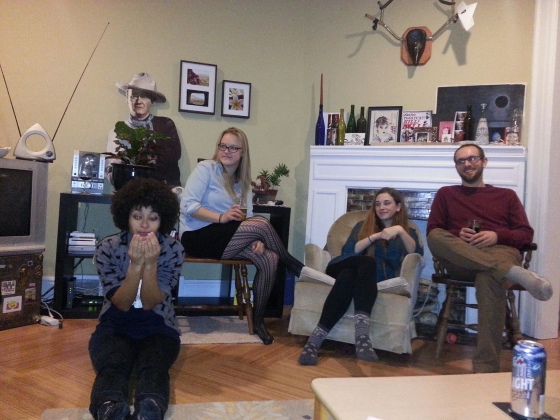 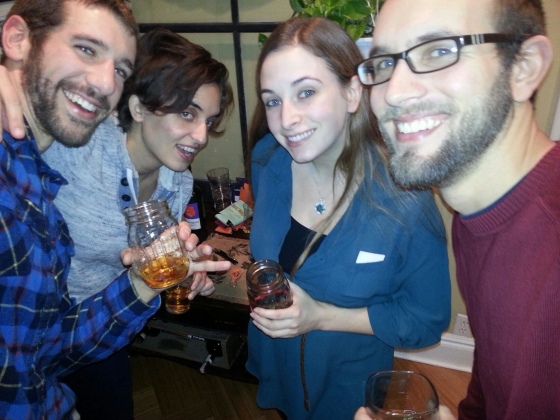 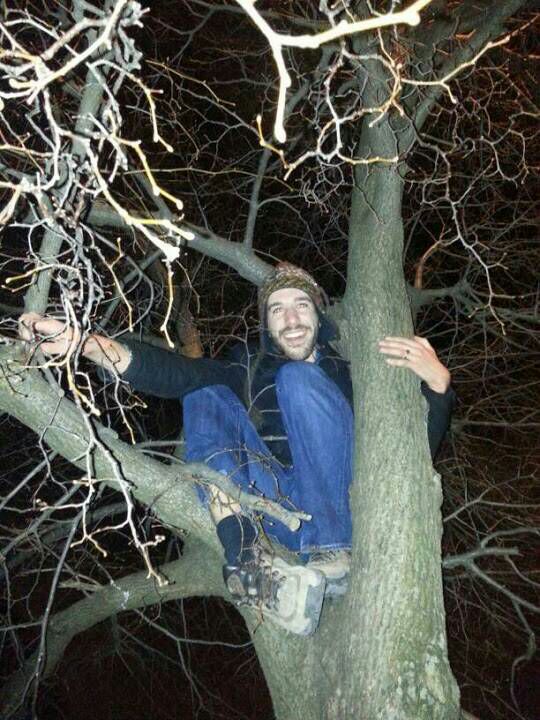 A good chunk of this weekend was taken up by being a massive capitalist and going Christmas shopping at all the big spots - the galleria, Viddlers in East Aurora, the Boulevard and Hertel. I went with (e:paul) and (e:mike). (e:terry) was sick and I think he would have wanted to murder us by the end anyway. 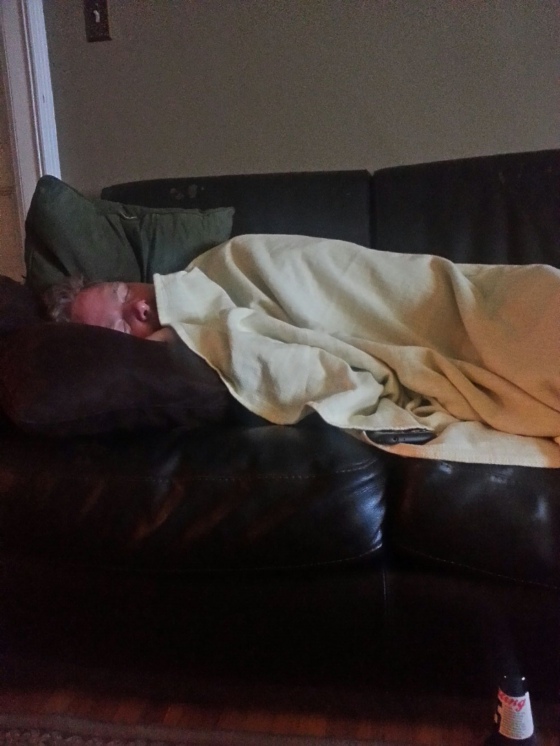 It definitely would have been way too overwhelming if it wasnt for Paul and Mike.

The galleria was crazy, especially JC Penny's. they were clearing out all this weird Martha Stewart food for a dollar including eyeball gumballs? This woman handing out coupons came up to Mike and Paul asking if they were brothers - then said they had a picture of them in the back. There was also a fiasco with the checkout desk and a bottle of (d)rapes on the counter. Paul let them know which was probably a good idea. 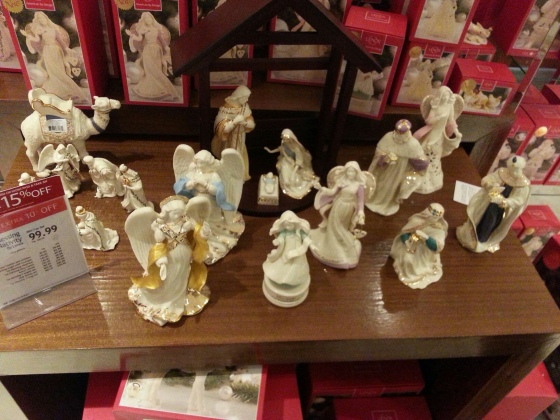 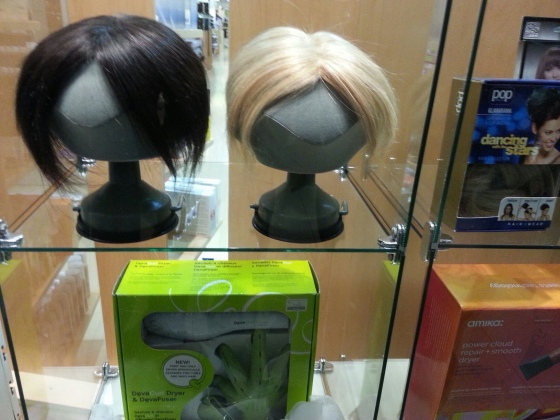 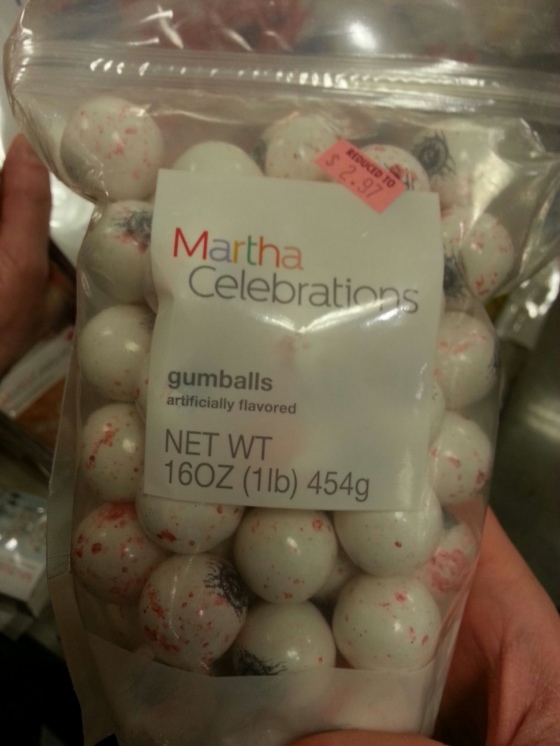 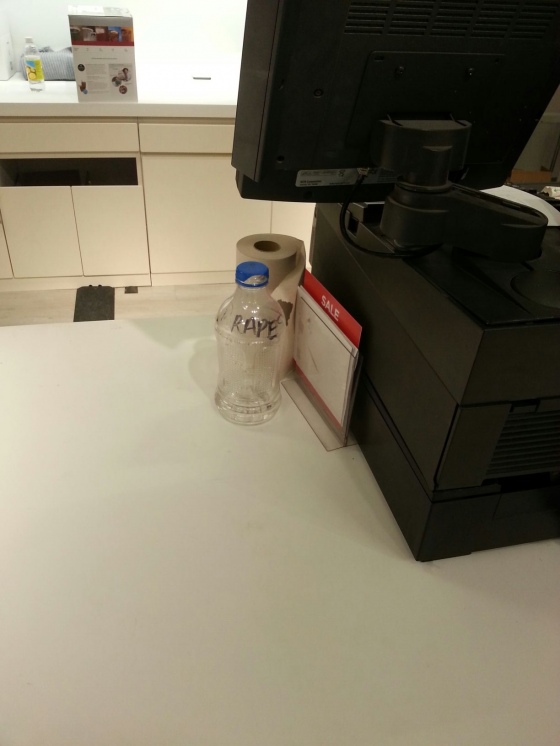 Satuday morning we went to Viddlers - it was packed. Still full of so much cool and weird stuff but I think all the fumes and outgassing gave me a headache. 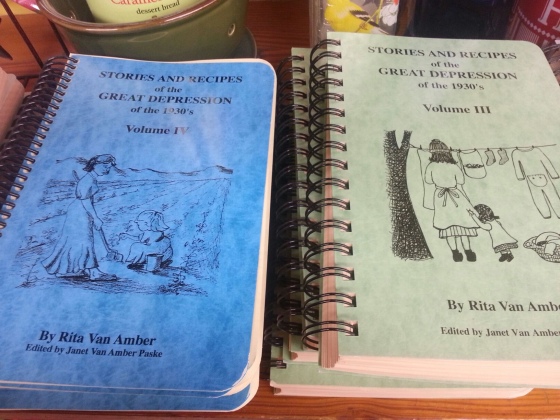 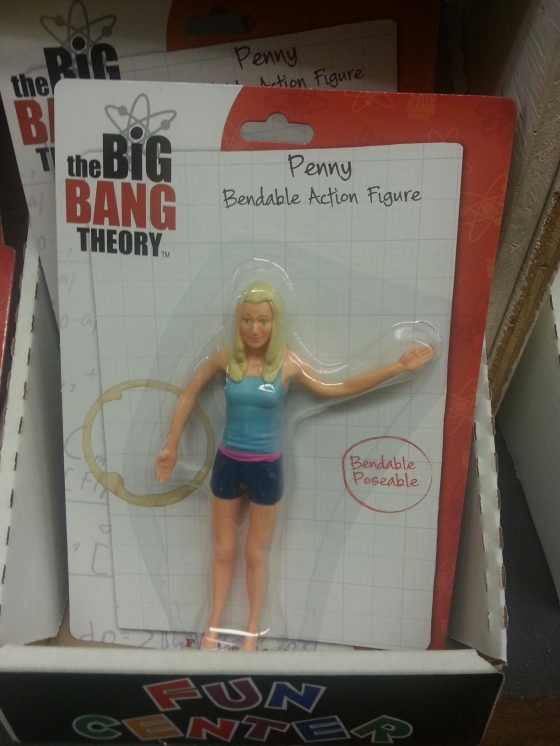 Then we got back and ate at Saigon Bangkok on the Boulevard. I love their fried tofu and pumpkin curry. 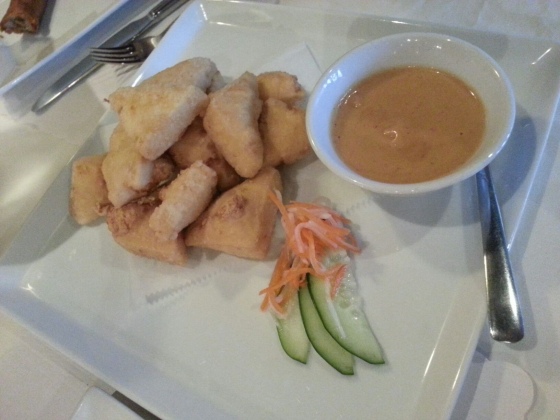 We almost died getting up to Trader Joes and the Christmas Tree Shop. I've never been there before, it was like Joann Fabrics and Dollar General had a baby together. 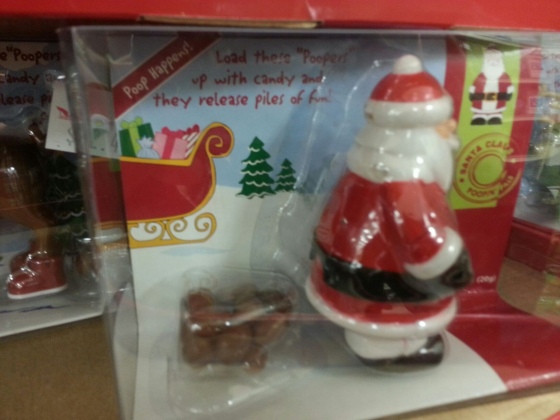 We also stopped at Premier. Although I ate their amazing baked cheese last time I refuse to have anything from there again. They never needed that tax break to move from Kenmore so fuck them.

On the way back we stopped on Hertel to get a few more gifts including the House of Olivies. They had this amazing Meyer Lemon oil I tried. I can't believe we got so much done, it was exhausting for doing absolutely nothing. 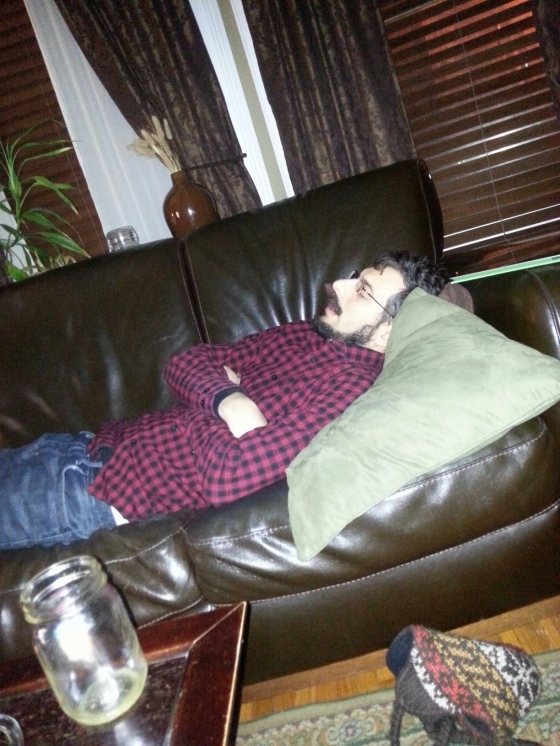 Imma get me some fried tofu and pumpkin curry next time I visit Western New York.

Ya I totally conked out afterwards. Today I hit the blvd mall and wegmans and finally finished Christmas shopping. So glad it is over!

On Thursday Emily, Carrie, Lindsay, Julie and Andrew came over to decorate cookies with (e:terry) and I. Well I should say bake too, because I rode home so late I made Lindsay roll out the dough so we could bake them.

We used all my mom's cut outs and decorations including Bufanda, the holiday character no one knew about. For icing we made one out of eggnog and powdered sugar since we had no real milk. I was eating it out of the bowl by the end of the night.

I don't really have any pictures of them decorated because we ate them all while sang Usher and JoJo. 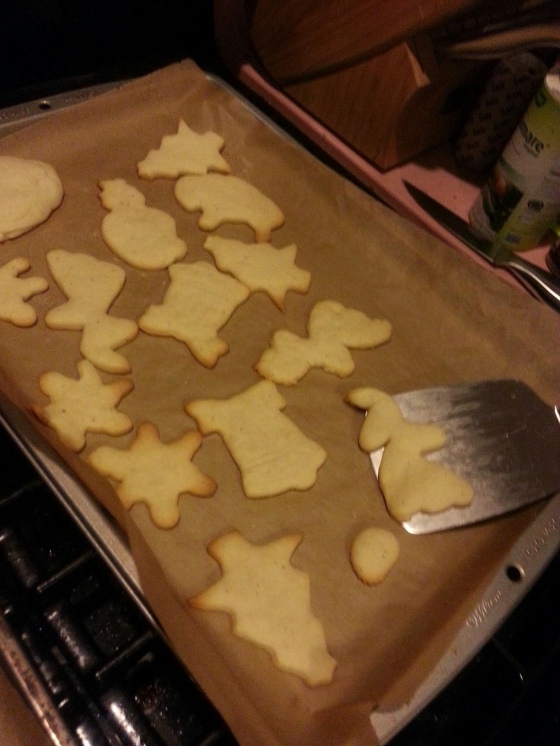 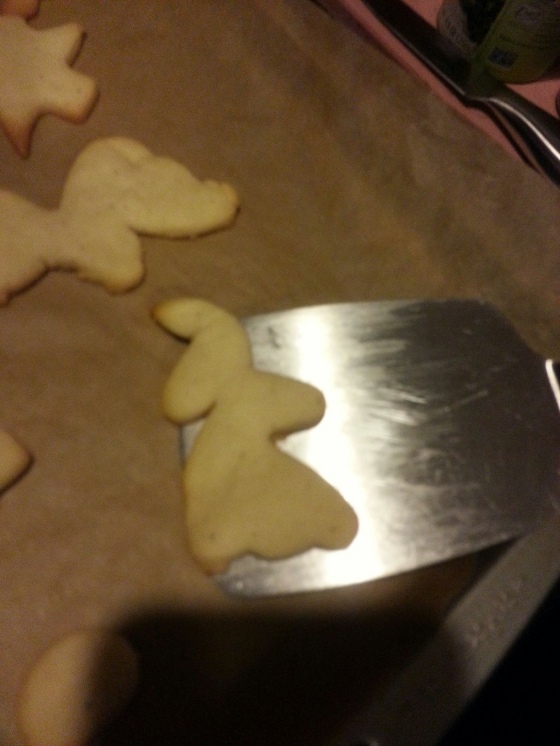 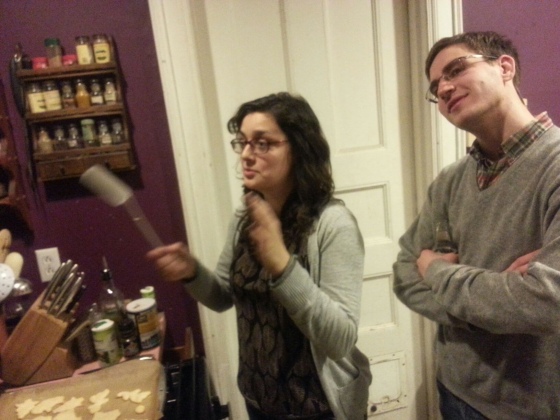 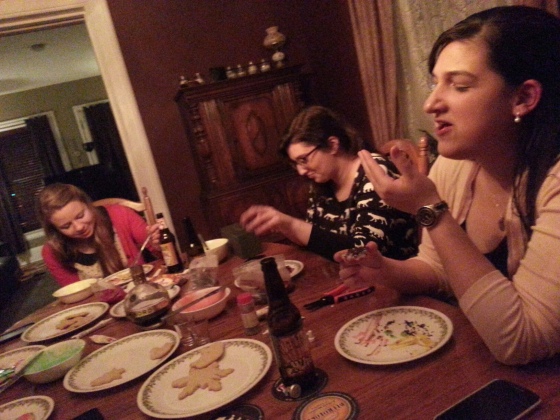 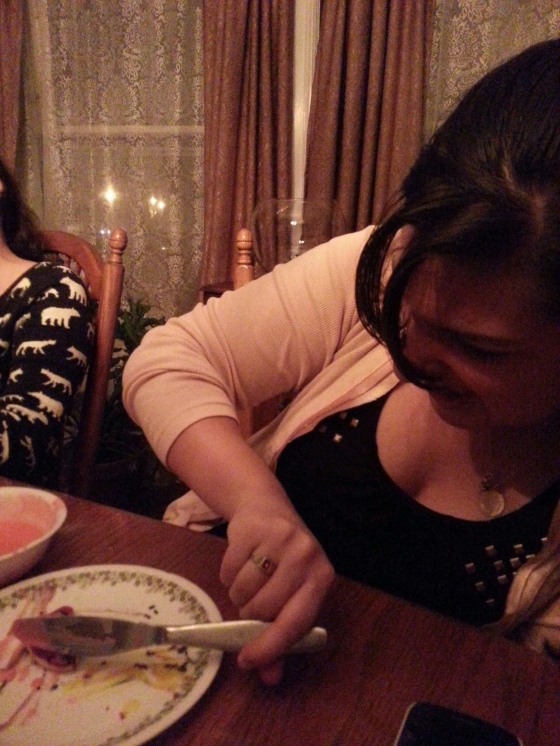 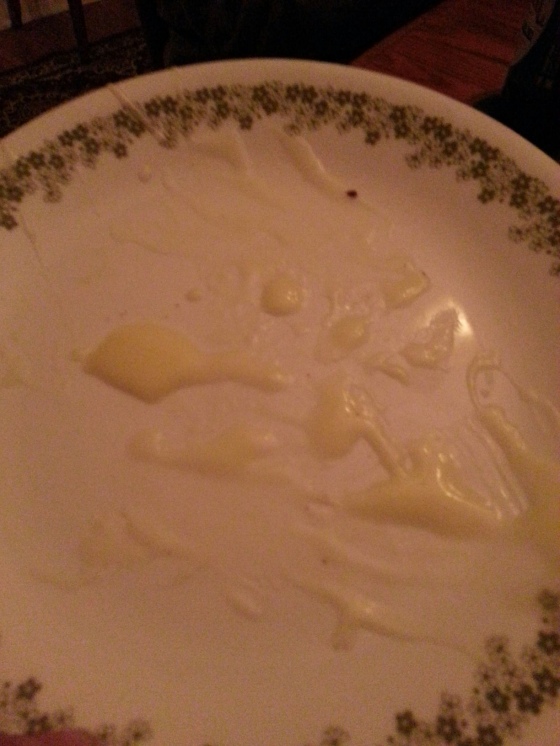 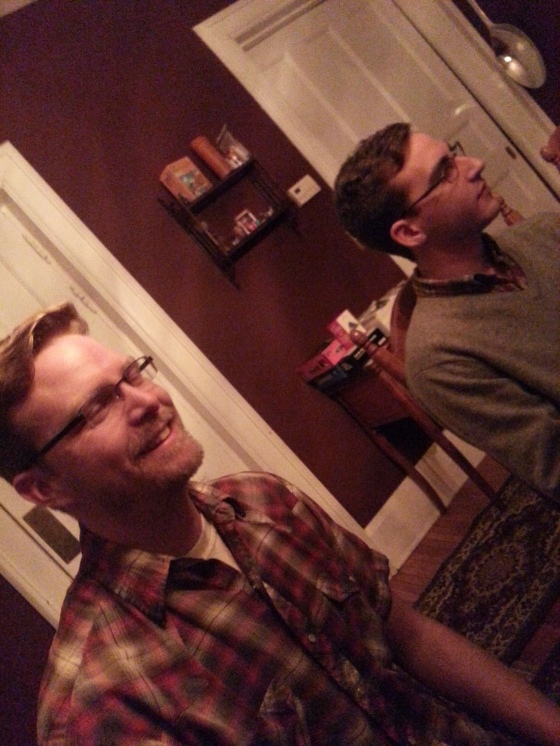 what santa brings bufanda takes away...