Hey look what I got.

My cousin broke up with his girlfriend and I guess she gave me this old book. (Thanks Sara!) 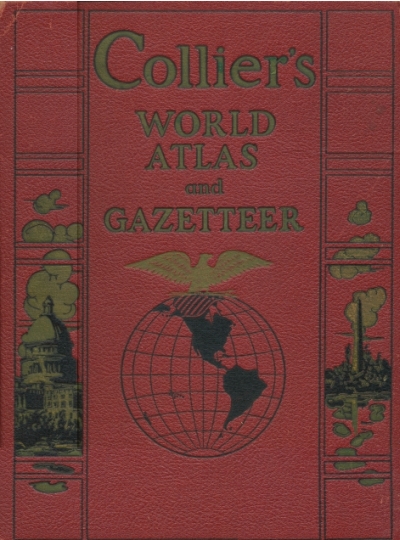 
So its kinda interesting to see buffalo from a little while back.

The Rockpile used to be a reservoir?? I didn't know that 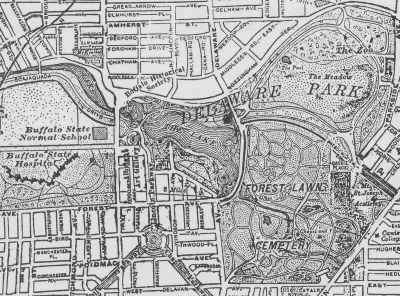 Buffalo was a pretty happening city in 1935.
I keep finding cool stuff on this map. Should I put more up? Waterfront, downtown, Black Rock, 1st Ward?


Up next: Map of Rochester. Smaller city -> more detailed map. The Rochester map shows every little shop and shows how much got wiped out when 490/The Inner Loop got put in.

Yeah, the only thing missing is the 198 completely severing the Olmstead park design forever. :(

I love looking at old maps. I have a few of Buffalo I won off eBay. One is of Buffalo proper from the 1890's. It's really interesting. Thanks for posting this!

Very coool maps! That reminds me. I need to post the photos from the preservation talk I went to AEONS back. I keep forgetting. With all this Rahmbomania, my regular blogging subjects are suffering, haha.

Its so cold and terrible outside. I just want to stay inside for a long time.

This apartment has radiant heat and I think its the best thing since indoor plumbing. THE BEST.


4-day week this week thanks to the first day of gun hunting in Michigan on Friday. Gotta love the Uncle Generous.

Even though I knew it would happen its still giving me waves.

That was fun eh? I seriously never get tired of talking to people. Or going on the roof for that matter.

It was good to see people again and to meet people I hadn't yet. Of course I missed everyone who weren't there.


PART THE DEUX:
Its not that I want to talk about this but I want to be able to look back and read about it at some point.

Friday was a pisser at work. It was choppin day. Something like 35 people got it.
I came in late and guys I work with said people were getting fired. I thought they were joking and got mad and told them to stop goofing around. I didn't believe them until a guy from the next lab down came in with a plastic bag and started cleaning out his desk drawers.

I started out pretty cool but five minutes later I was just as bad as the other guys: my heart was racing and my palms were sweaty. How pathetic.

Our manager came down to our lab and we thought that was it. I don't know if he was nervous or what but it took him a while to say he was done in our building meaning they had fired everyone on the fire list.

I don't know how to explain it but it just makes you dumb to be fired or think you will be. Even if it is not personal or you saw it coming. Its like someone is poking a finger in your brain: you just are dumb.
We went outside and took a walk just to try to get our shit straight.

So its like the other shoe dropping. At least we have a reasonable expectation that whatever was going to happen did.

Anyways that should be enough to remember stuff by.

It's so cool to finally put a face to my cross-city (e:peep). I *think* I have seen you before in some other party long long ago (last year) but I was so sure that you would be wearing a bead necklace that I didn't think "(e:kookcity)". Yeah, my mind struggles down crazy paths like that. :)

My officemate was fired a week after I moved in as the officemate. It gave me the chills even though I am not technically even an employee. WHEW. I am glad you survived the ordeal!

congrats on avoiding the axe.

OH MAN its been so long since I've last posted!

It just kind of got away from me there. Plus a portion of the gap between posts was from not having internet access while I moved into a different apartment.


Anways how is everybody? I've been pretty faithful in reading back posts several months and you all seem just as amazing as you've ever been.

I'm trying to avoid talking about work and/or overly dorky pursuits. Seriously though I'll think of something else to talk about eventually

And we love dorky stuff here, so get those fingers out of those mittens and start typing. You have no excuse!!!!

Yeah! I would very much like to meet you! :)

You should definitely come. By the way, if you want to make a repeat trip to NOLA, check out elmwoodjesus.org

It struck me the other day that it was a really good idea to buy an old diesel truck and drive the old Route 66.

Since then I've been trying to talk myself out of it, but have been pretty unpersuasive.

In August I'm going down to Biloxi MS with my cousin. We are visiting a friend who had been in Japan in the Air Force until recently.
(e:Fellyconnelly) & (e:lauren), he used to live in the front apartment of your complex. We had a lot of fun times playing cards and going there after the bars closed and cooking potatoes and other junk.
One time I sat on the step and watched the ants while my cousin exchanged life stories & philosophy with a street-dude for maybe an hour.

Anyways we will be in New Orleans too and it will be good to get some real damn food down there.
(e:drew) is there going to be a rematch this Jan again?

Maybe adding up the diesel costs might help you out of the dilemma. :)

Wait. You used to cook potatoes and other junk in (e:felly) & (e:lauren)'s complex courtyard or in Biloxi, MS?

its certainly been a while since my last post. Time just seems to go by so fast. It seems like every day is garbage day again and people are rolling garbage cans to and from the street.
The houses are close on this street and the driveways are thunderous canyons of sound.

What else to say? Work is fine. It is not hard in a physical sense or hard in the sense that anyone actually has to deliver it seems. Maybe the only thing to complain about is that its not challenging. It is pretty sweet to be a nobody though, not have to return phone calls or emails or go to meetings.
I finally wormed my way into an electro-chemistry class. That shit is magic to me, mathe-frickin-magic.

Buffalo is a good place to visit, certainly better than Rochester. I think that last time I was around might have been New Year's. The next time I'll be through is two weekends from now, going to my cousins house near Erie.
I think at the very least I'll drive up Elmwood to see how its doing.

Hahah.. I know what you mean by thunderous canyons of sound. I experienced my first garbage day back in '05 and I sprang out of bed wide awake because in my confused state it seemed as though someone had declared a war on the streets and tanks were coming to bulldoze my flat.

I have a mountain bicycle that I haven't ridden in years.

Its really awesome to be riding it again.

I've seen bike seats before with lady parts cut out but did you know they have them with prostate parts cut out too?
Thats awesome because I would put the prostate on my top-ten list of glands in the pelval region.

The biggest problem I have riding my bike for a long period of time is it hurts my ass!!!

when my alarm clock went off this morning I was in the middle of a really vivid and real dream.
I got out of bed and it was like only part of my head knew it was awake and the rest was still dreaming.
IT was really cool though I had a hard time not falling over in the shower.

It was the wierdest fucking thing! I got to work and it was very much like Peter Gibbons being hypnotized in Office Space.
Everything seemed so easy and relaxed.

Anyways, I hope its not a brain tumor or something.

That has happened to more times than I can count. Well, with perhaps one exception. I get no dreams. They are all nightmares.

I would say my brain is almost 100% tumour tissue by now.

The best way to prevent this is to wake up with an escalating music radio alarm tuned into preferably classical light music - something that I want to get in the future.