I saw this band that was a bunch of music school kids.
They had Four [4] trombones and their bass was a sousaphone.
If someone had described this to me I don't think I would have been into them but it was actually awesome.
They opened with a spinal tap song and I knew it was the real deal

I danced like James Brown. I tried to buy them all drinks but the bartender wouldn't take any money and ended up giving me drinks the rest of the night until well past closing time.

You know whom I really miss? Break Of Reality. They were in Eastman when I was in Rochester and I attended each and every one of their concerts. They just blew your mind with heavy metal cello!

I was in Washington DC to see the Pogues this week and on the drive back home I stopped in Centralia, PA

Centralia was a coal town in the PA mountains. One of the coal seams caught fire and has burning ever since. According to the internet, nobody really cared too much untill a kid fell in a sinkhole in his backyard and somebody threw a thermometer into the underground tanks at the gas station and it was 180+°

Anyways reading the Wikipedia article is probably better than driving to that damn place.
I didn't really see any smoke or sinkholes or zombies. Instead, there was a scheisser-lload of trash and junk. The place was a lot smaller than I expected. In fact it was less deserted than I thought: people were driving through to get to their other tiny mountain towns.

To get an idea of the size: An area bounded by Bryant, Richmond, Allen & Main Sts in buffalo 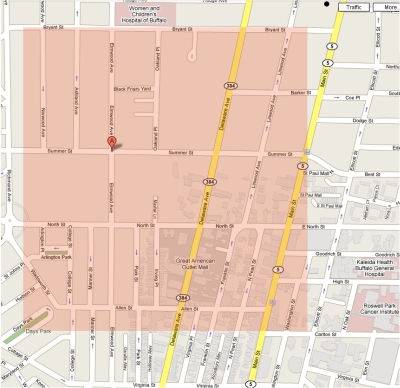 i heard silent hill, the video game was based on this town.

I totally remember the movie about that place.