we had a lot of fun! 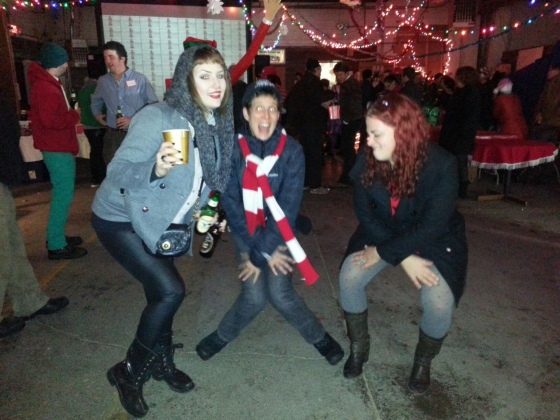 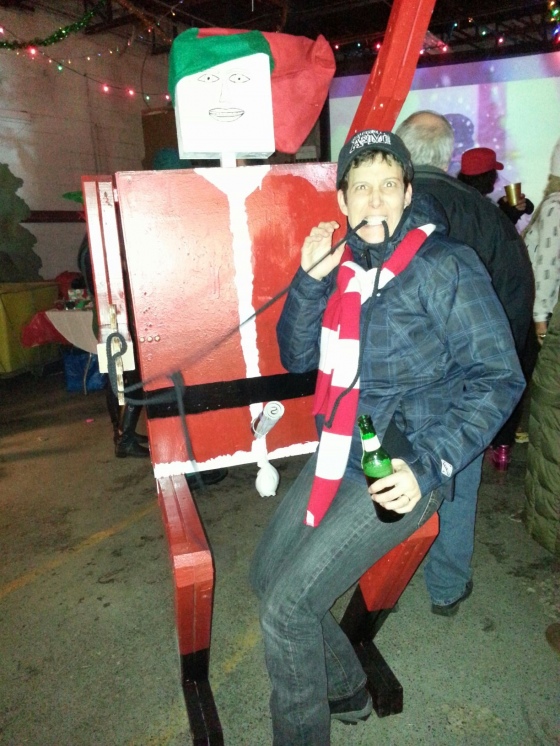 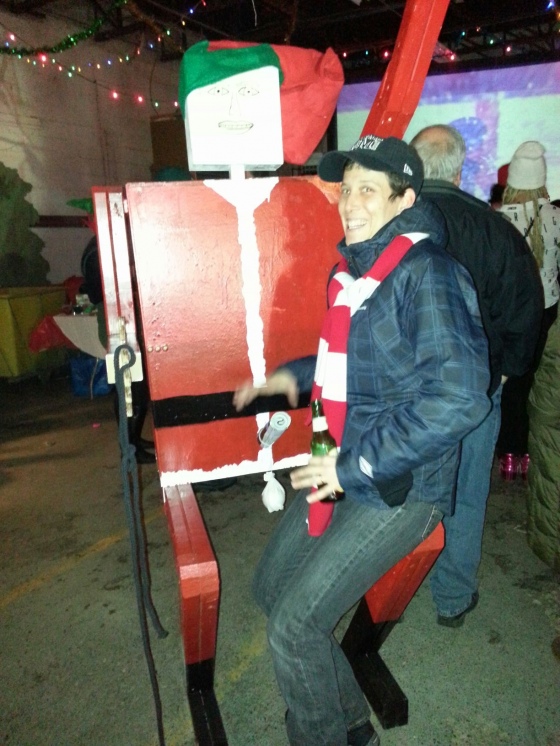 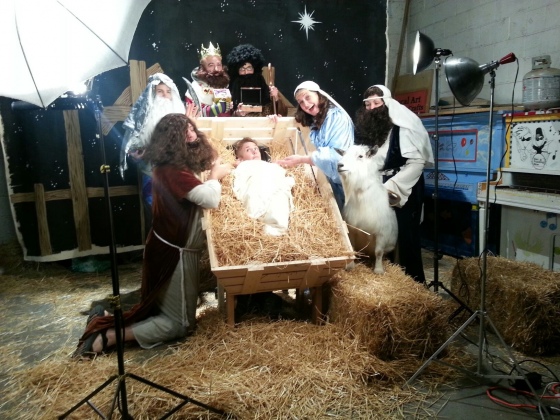 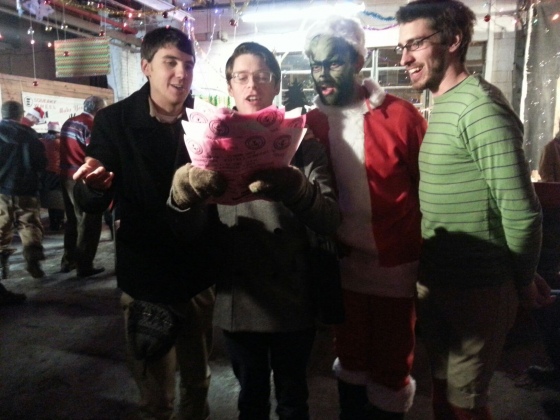 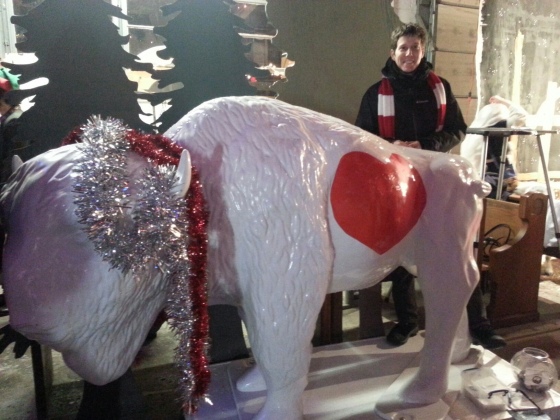 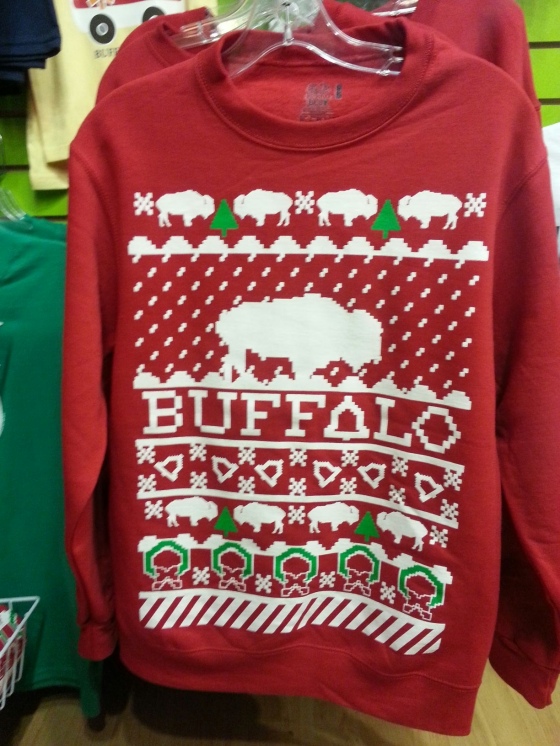 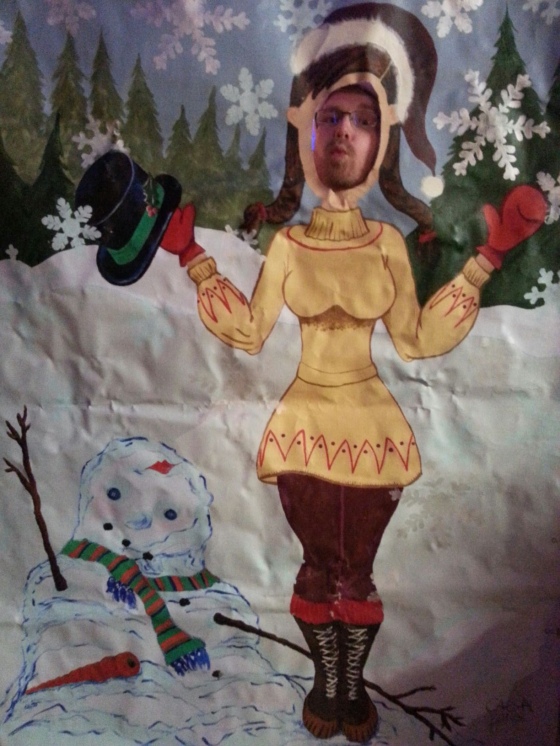 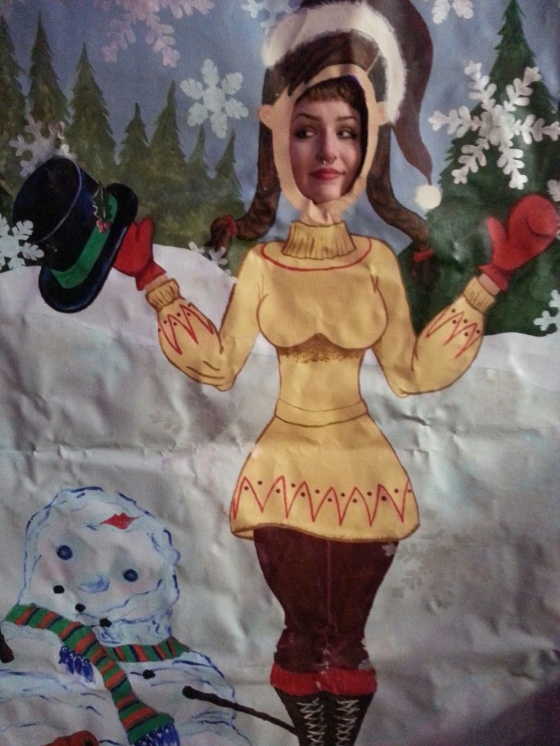 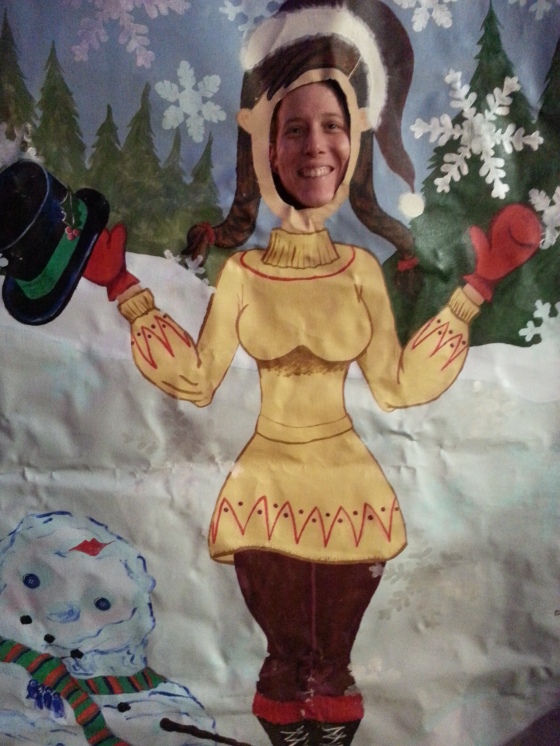 two of my & (e:Terry)'s clients are getting married tomorrow in a formal ceremony at a fancy club. we've rented three tuxedos and I have a fancy dress and painted toenails. it will be interesting! 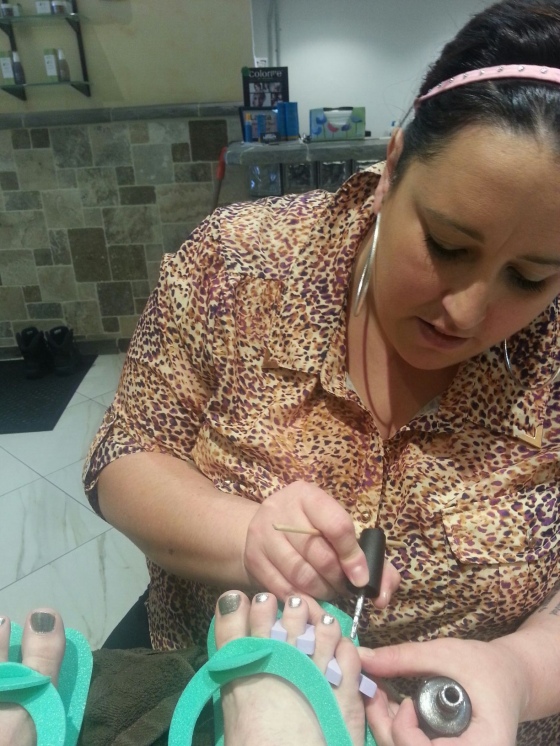 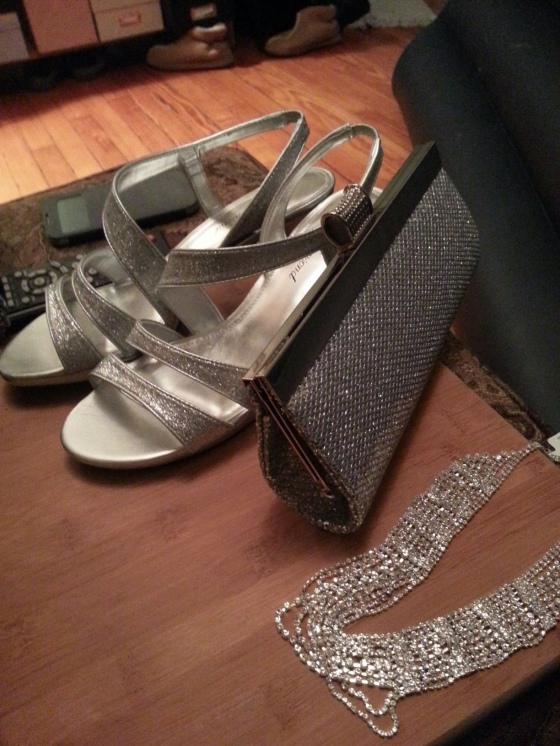 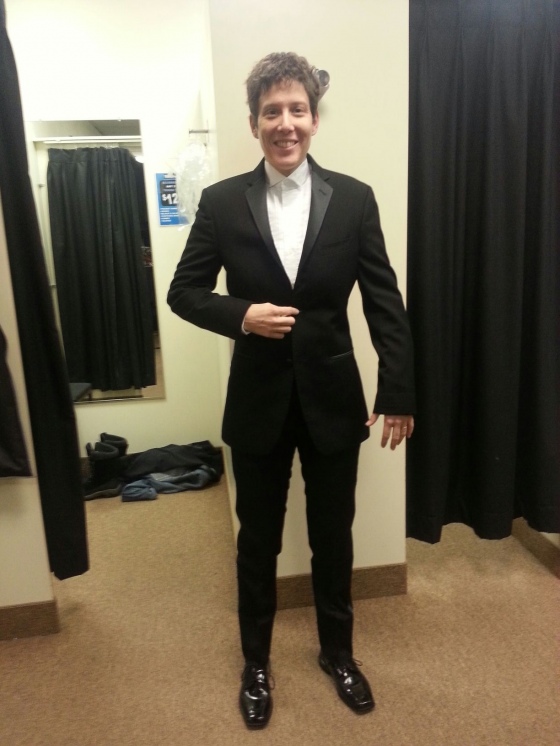 AH! Now I have the context. Hehe should have stopped to check here first. :) You and (e:Dianne) and (e:Terry) and (e:Paul) all look like you stepped out of a Barney's wedding-themed window. ;-) 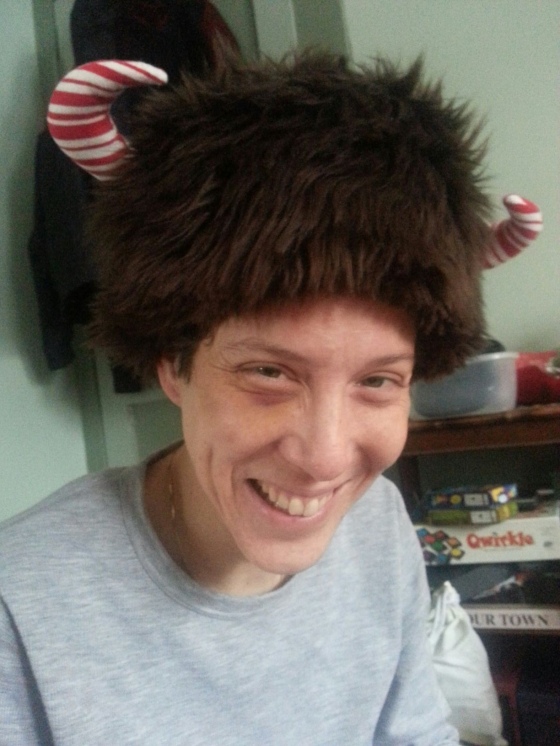 what would you do?

You are walking along Franklin and turn onto West Tupper. You almost run into a guy grabbing a woman by the hair, yelling at her that she shouldn't make him hit her. he hits her. what do you do? 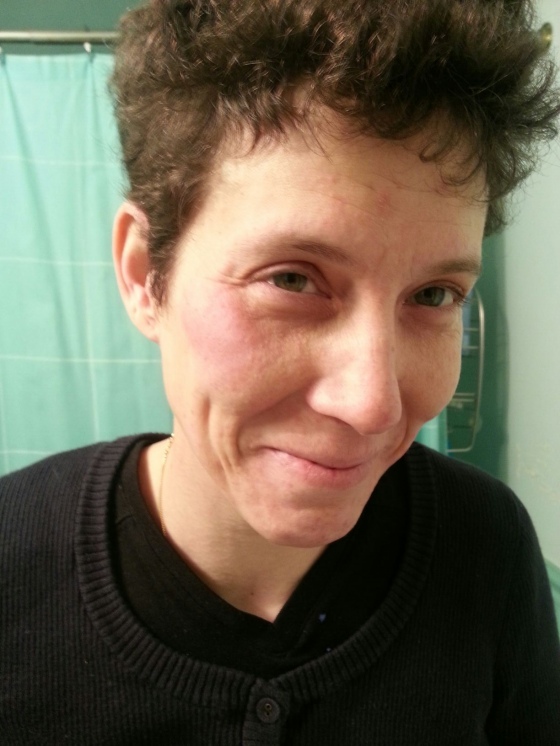 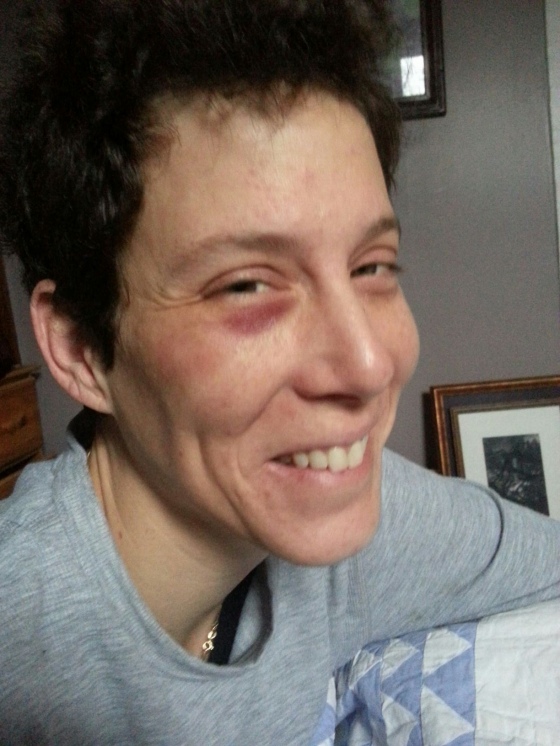 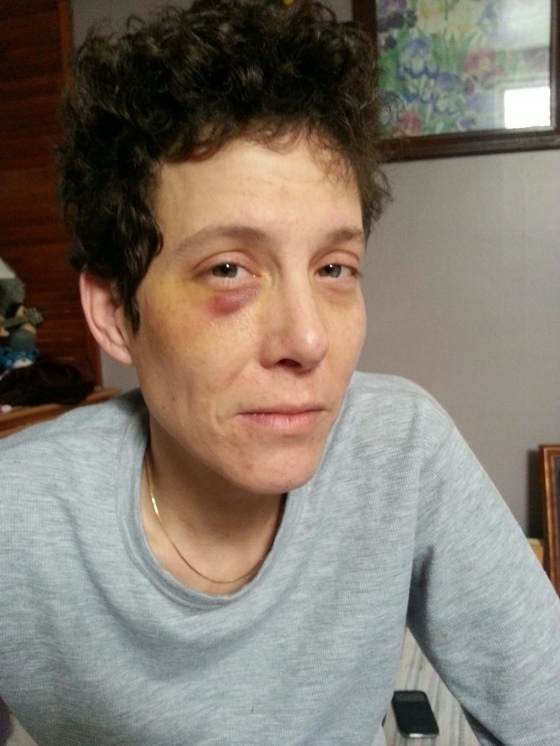 Glad you are safe, Dianne. It takes a lot of courage to step up to an ongoing fight. However, I always worry about things taking a turn for the worse and guns getting involved. Sending out good vibes to you!

ILU Dianne, you stepped in where a lot of people wouldn't. He only got a fraction of what's coming for him.

I admire your courage. That girl might be back with that loser, but your actions may have shown her that there are people who care about other people, and you might have made a difference, even if only in a small way.

(e:dianne) you are indeed brave.

Dianne, I don't know you that well, but you're pretty freaking awesome!

Okay so here's the story: I had gone for a walk and was walking up Tupper when I saw a guy with his hand wrapped around his girlfriend head with her hair and yelling at her "why do want to make me hit you in public" and then reached back and back handed her through the face, at this point I can't just walk by so i yelled at him"dude you can't do that man" he tells me to mind my own business and I tell him I'd like to but you can't be hitting on her man! At the same time his girlfriend is trying to walk off, he grabs her arm and I in turn grabbed his arm, he let go of her and turned and threw a punch at me, I pulled back as to miss this punch to the face and he just caught my right cheek bone (it would have been my left eye and probably a broken nose had I not tried to dodge it) it didn't knock me down but it sure pissed me off, I said mother fucker (because it hurt) I yelled "Hey!" He turned to look at me and I laid one to the dude in his face/head, knocked him on the ground! At the same time their friends were coming out and all I saw was two guys coming so I quickly yelled "girl, girl, I'm a girl!" The two girls and one guy were consoling the girl who was letting them know I came up because he had hit her, one guy tended to his friend on the ground and as they got up he told me we've got him, sorry about that! I walked off and came home where (e:) Heidi iced my eye! I know I should have called the police or fine inside for help, but I reacted to the situation instead! I know she's probably back with his sorry ass today, but at least she didn't die that night!
So there's the story and just for the record I hate fighting, I'm a lover not a fighter, I don't like to hit or be hit, but unfortunately it happens sometimes and I just can't walk by and do nothing! I haven't been in a fight since I was 18 and let me tell you my eye hurts like HELL, but I have no regrets!

Go Dianne. Heidi, this is exactly what glitter mace would be used for. 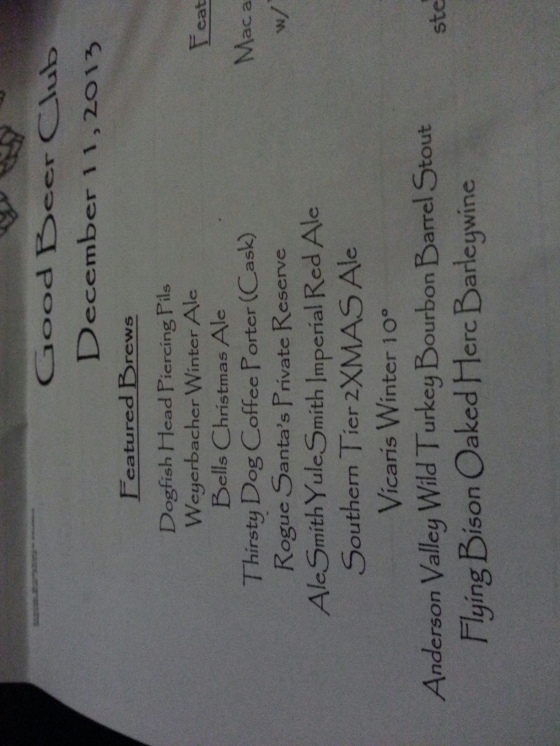 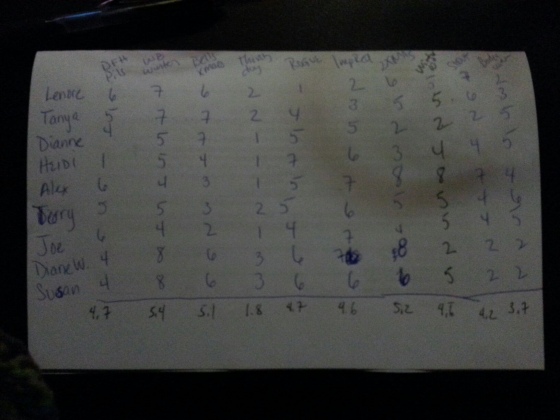 because we need to be more evil 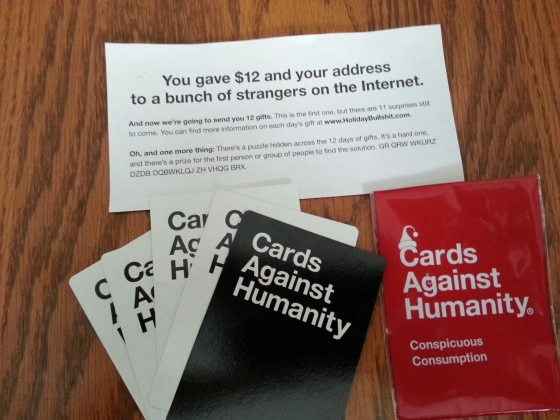 Just a lazy Saturday with mimosas! 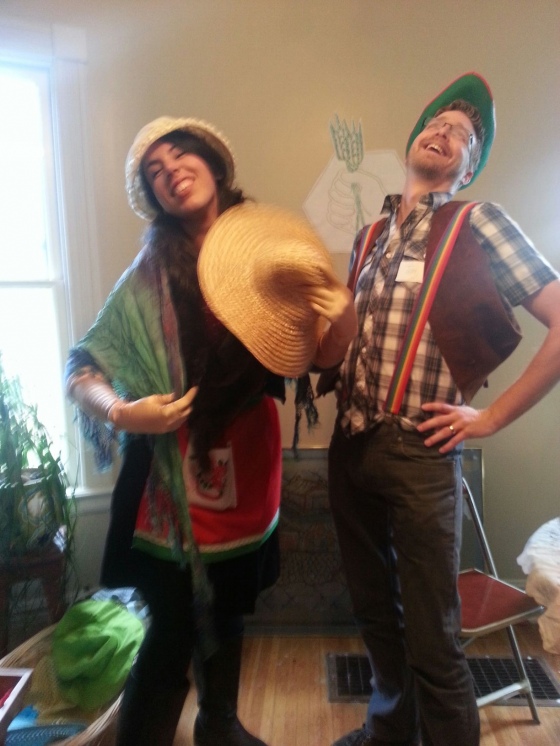 HEY! where are the pics of the bread you made? huh?

Sunday, November 17, 2013, Dianne and I went to see War Horse at Shea's, thanks to tickets that a client gave (e:Terry) & me. We got all dressed up, heels & fancy dress, tie... we looked spiffy. We walked over, went in and admired the theater restoration progress, got in line for drinks, and D and I were giggling about being in love and together forever and she said, "Heidi, will you marry me?" "YES!"

It was so unexpected and yet expected - I had been daydreaming already about when I would ask her - I started with next summer (so she'd have time to fully recover from her 2nd surgery, which is scheduled for 1/13/14) at Sand Run Falls (e:dianne,57816) , and realized I couldn't wait that long, I wanted to know now! So I thought I'd wait till New Year's. She had been trying to wait until Christmas to give it new meaning for me. I love the spontaneity though :-) :-)

We walked out of the theater and it was just sprinkling a little. About halfway home it started pouring (and yes, I'm still wearing 3" heels). We paused in a doorway and laughed.... we continued walking - we wanted to go somewhere to have a drink to celebrate so we went to Nietszche's - jazz every sunday night. We happened upon a couple who are my clients and they were the first people we told. It was pretty awesome because they had gotten engaged not too long ago. So lots of giggling and kisses and shots. It was perfect. They told us that getting caught in the rain symbolized change and the washing away of the past.

When we got home, damp, giddy, pleasantly drunk, and hopelessly in love, we exchanged rings. It was so intense and meaningful. She gave me her Aunt Laura's ring that had been crafted out of stones from one of her great-grandmother's rings. How special!! It is absolutely beautiful. I gave her my grandmother's wedding band (e:heidi,54996). They both fit perfectly. 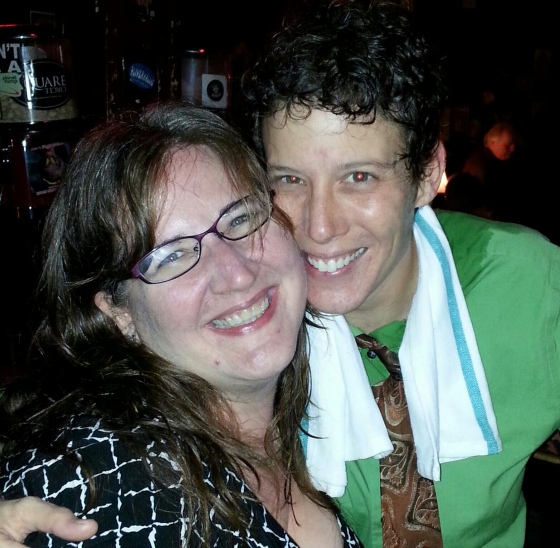 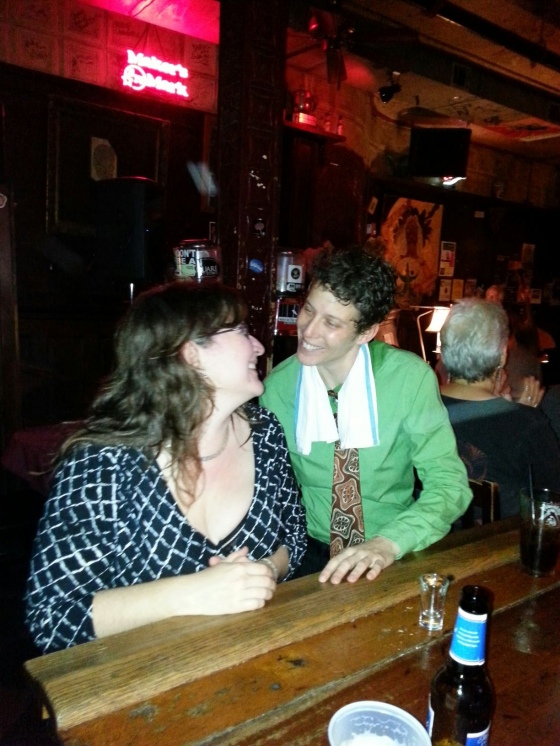 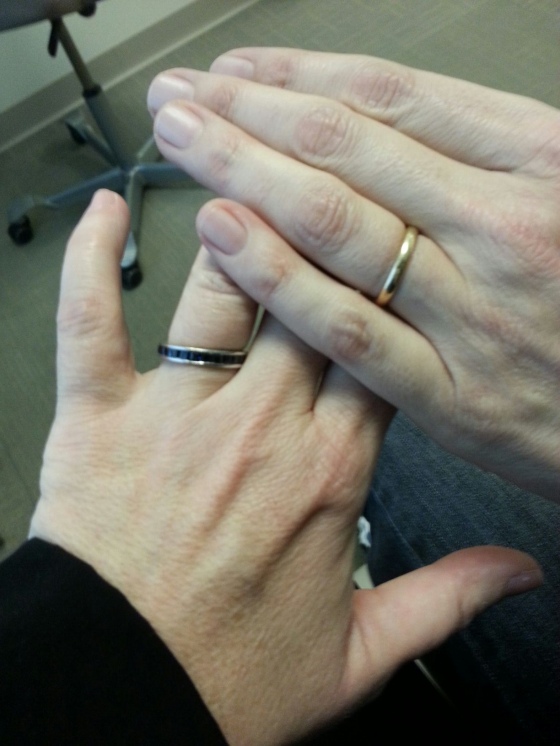 I didn't know what the stones were and (e:Dianne) couldn't remember. They were really dark so maybe onyx? A few days later, (e:Paul), (e:Terry) and I went out to lunch at Craving on Hertel and visited a client's jewelry store (for this purpose (e:joe,58354)). I asked the jeweler if my ring was sturdy enough to be worn all the time. He peered at it with his loupe and said it was sapphires! He asked if he could clean it, and of course I said yes. It came back GORGEOUS and sparkling, and very definitely sapphires. He tested the setting and it's all solid, so I can wear it all the time without worrying that I'm going to break it or lose the gems. He also described the style as an "eternity ring".

I've never wanted to get married. It never felt real to me. I think the legalization of same-sex marriage in NYS and watching (e:Terry) & (e:Paul)'s wedding, then Cara & Barbara's wedding... plus law school where the benefits and risks of marriage are pretty clearly spelled out... finally changed its meaning for me.

We first kissed at the 24's 2012 Halloween party, but (e:Dianne) was supposed to leave... first in February, then April, and then June really definitely offered a position in Denver starting in July. I figured we'd have a lot of fun and she'd leave, we'd cry, and maybe she'd come visit every now and then while I'd go back to my regularly scheduled life. Her life exploded July 10th and we've been falling deeper and deeper in love despite a difficult surgery and recovery, and financial and emotional chaos. I completely did not expect to be sitting here telling everyone we're engaged. I didn't even expect to decide to live together (that happened in September, several months after she started staying with me). From some perspectives, it's quick/soon to be making such a big decision, she was leaving, we've only been clear that she's staying a while since July, but from other perspectives, it's been an intense year with some pretty difficult and stressful events and if we can confidently get through all that then we're solid for the future.

We're planning for a summer 2015 wedding. I'm REALLY REALLY hoping that same sex marriage will be legal in PA by then. Bloss' new mayor, Jill's husband, offered to officiate before we even got engaged but he can't officiate in NYS.

Wow, at War Horse?! I had no idea. I did get the sense that you didn't want a ride home for some reason...

So cute. Congratulations. Who would have thought - warhorse! I can't wait for the big day.

Congratulations again on the engagement! Here's to an awesome future!

My beautiful bride to be, I love you with so much intensity!! This past year has been the craziest roller coaster ride I've ever been on, and to be honest, I'd take the ride all over again!! We have learned and grown so much and I can't wait to start building our future and grow old with you!! I love you my fiancee!! <3 <3

Congrats! When we listen to our hearts, we know what to do when time is right.

So happy for you both. Can't wait till (e:dianne) is healed!

ugh reading this made me want to cry :') i lub you guys and am so so so happy this ended up working out so beautifully. TO ZE FUTURE! *cheers*