Y'all remember Dianne from the Halloween party, right? She's from Houston and despite spending a good chunk of last winter in Chicago, she didn't actually get to experience a real snow. Can you imagine? Snow is just such a part of my life that I never realized all the little details that come with it. Like... how do you explain the messes at intersections that snowplows make to someone who has never seen a snowplow in action? Or which kind of snow is right for snowballs? Or kicking the doorstep as you enter to knock the snow off your boots? Or silicone spray for waterproofing? Why hiking boots aren't real good in the snow?

She got a full snow experience Wednesday and Thursday...
I rolled into town just before the snow hit. Dianne was coming from work out on Transit right when it started snowing and was still talking on the phone! Handsfree but the data indicates that is just not a substantial improvement over using the handset:

Drivers engaged in cell phone conversations look out the windshield but fail to see up to 50 percent of the driving environment, missing important driving clues critical to safety, such as red lights, stop signs, pedestrians and other vehicles.

Why donâ€™t hands-free devices offer any safety benefit while driving?
Hands-free devices do not eliminate cognitive distraction. Hands-free devices are often seen as a solution to the risks of driver distraction because they help eliminate two obvious risksâ€”visual and manual. Most people can recognize when they are visually or mechanically distracted and seek to disengage from these activities as quickly as possible. However, people typically do not realize when they are cognitively distracted; therefore, the risk lasts much, much longer.

We went for a walk in the snow, had dinner at Cantina Loco, made snow angels, discussed the right kind of snow for good snowballs, and checked out Days Park. These are her pix (obvs, i took the ones of her making snow angels). 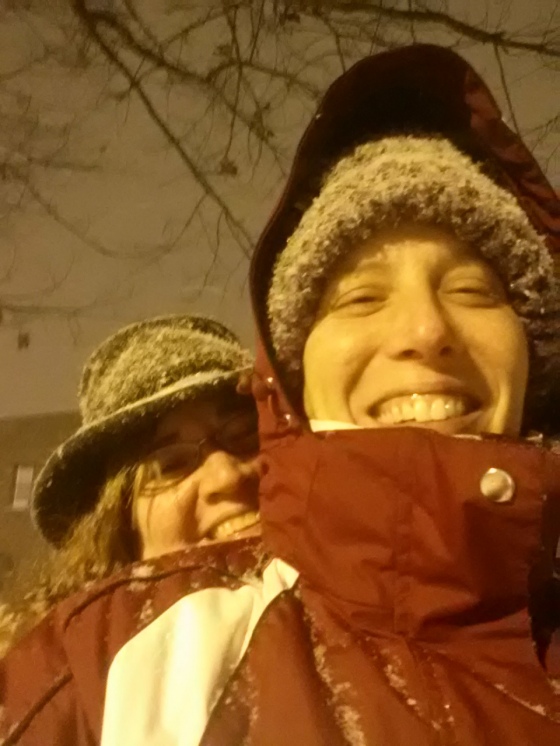 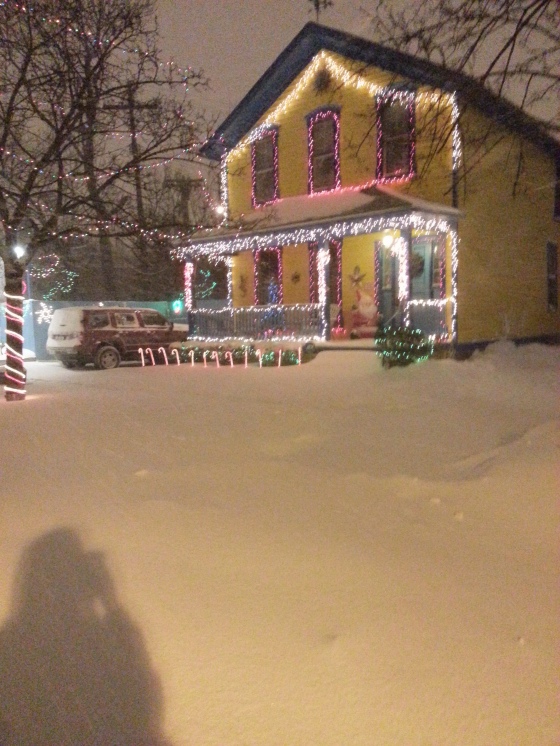 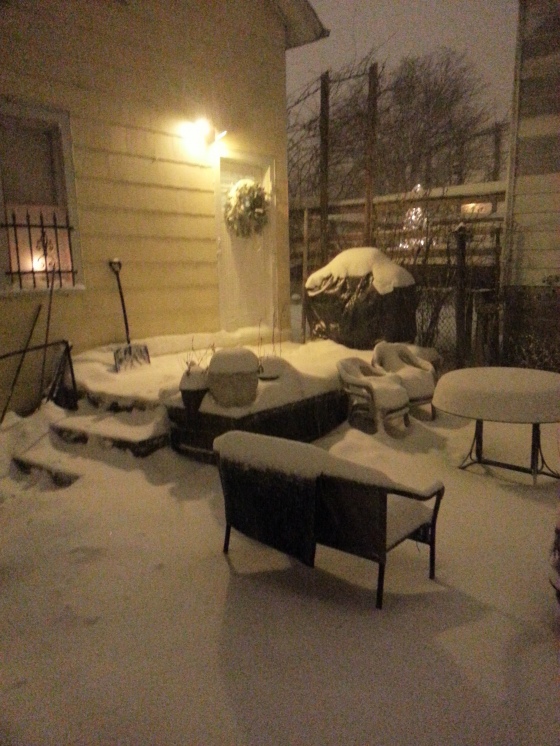 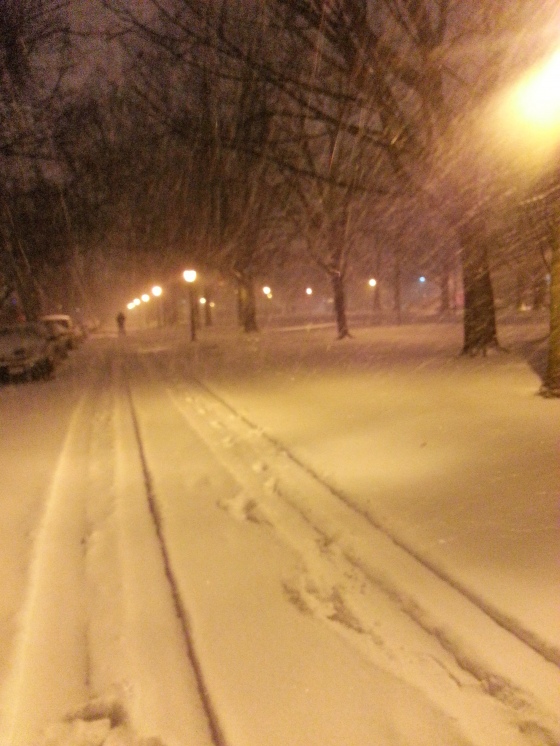 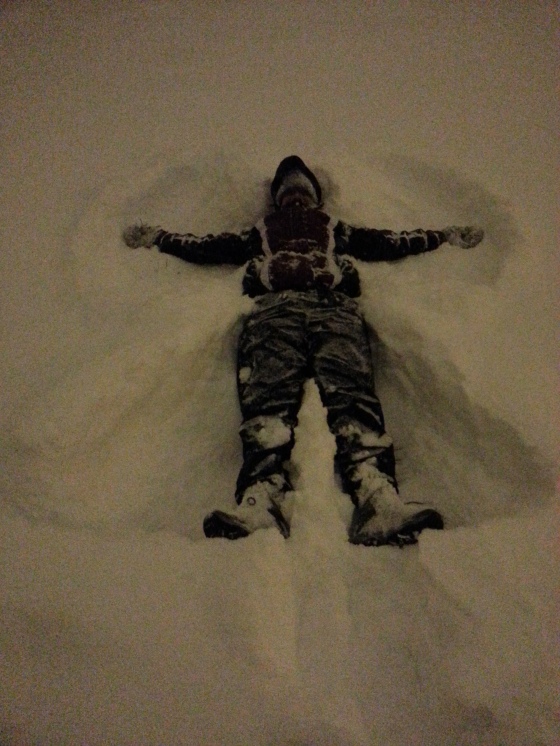 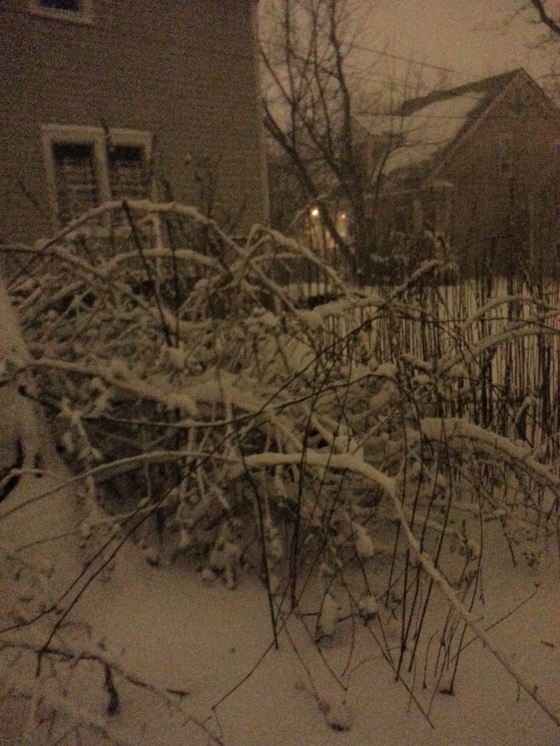 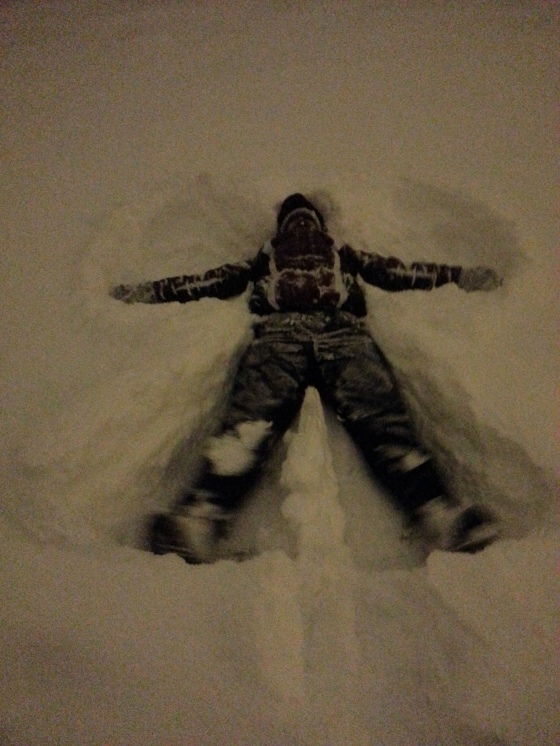 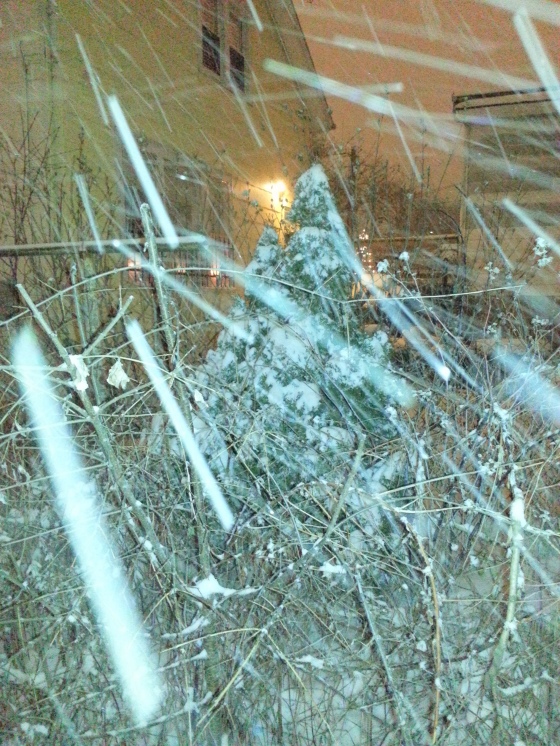 Thursday was mostly a snow day. We both worked a little bit, walked to Cafe Taza then to the office. By the time we headed back to my house, Nisha was all tuckered out. Worked some more, then I took a nap. As I woke up, I realized she was out clearing our vehicles for Thursday street side shift. So I went out and helped her and we moved both in time for the 6pm shift. She needed stuff from Walgreens and I wanted more beer, so she got to try driving in it. Again, all the random stuff that you grew up knowing about snow... can you articulate it in a way that's comprehensible? 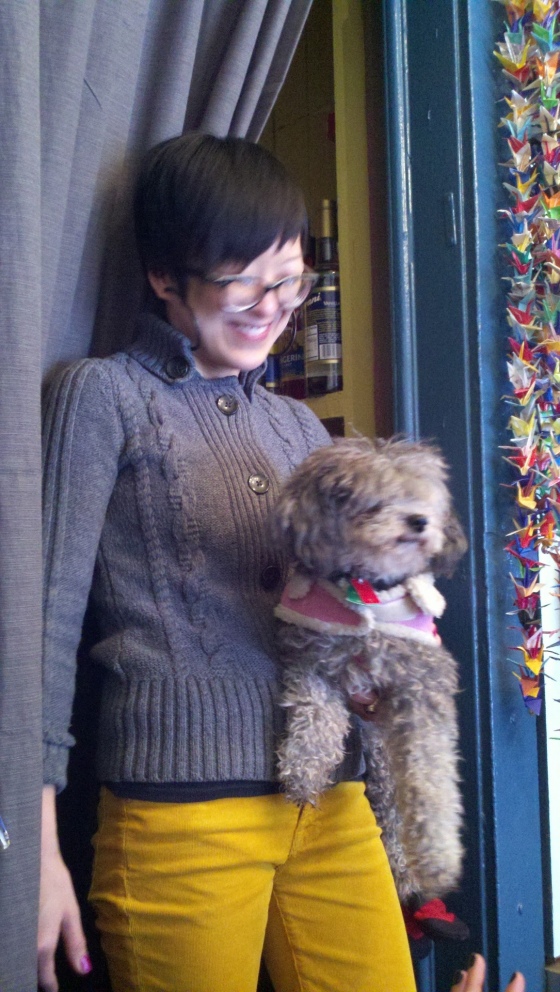 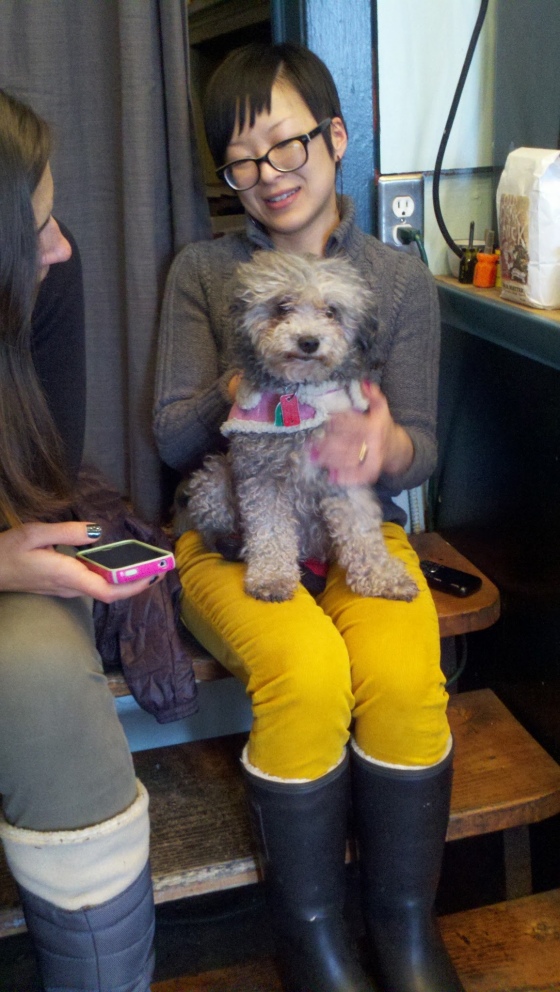 Digging out the briefcase 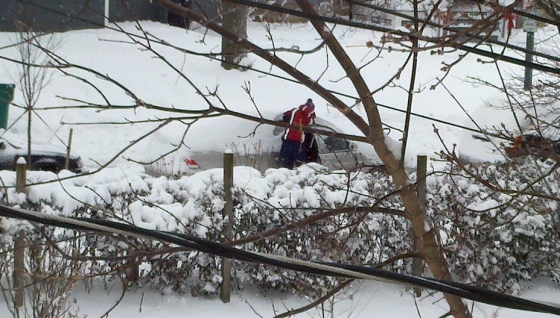 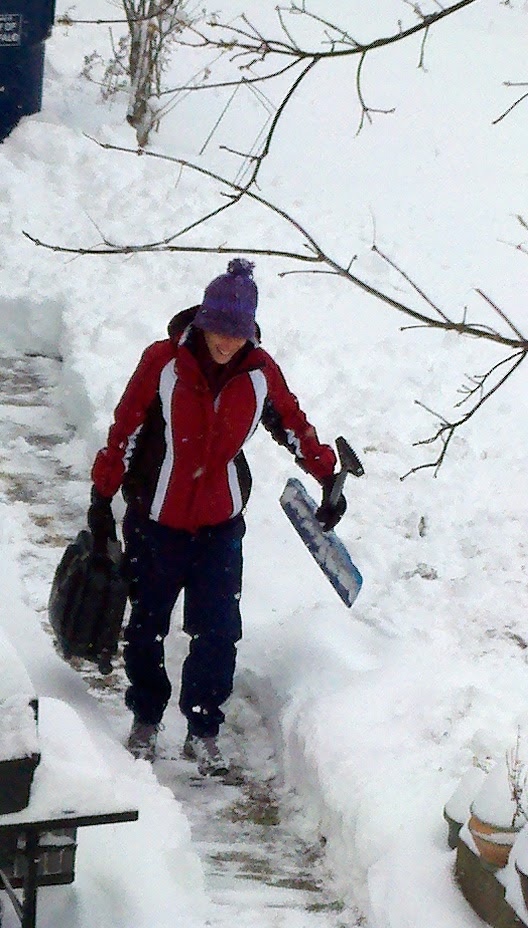 Nisha @ office today. She didn't like it. First, it was too warm, then there were all these people i wouldn't let her go talk to. 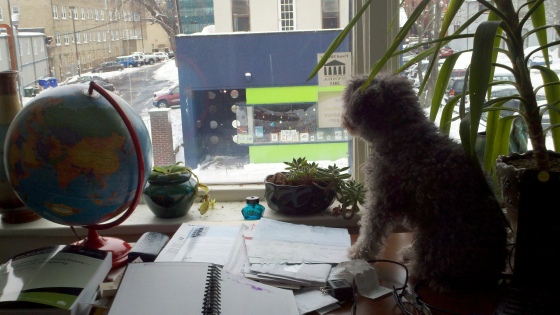 Aha, wonder how I missed this series of photos! Nice. :)

Diane was a lot of fun, she really didn't want that breathalizer though! Glad she is enjoying the snow.

"Begin doing what you want to do now. We are not living in eternity. We have only this moment, sparkling like a star in our handâ€”and melting like a snowflake..." Francis Bacon 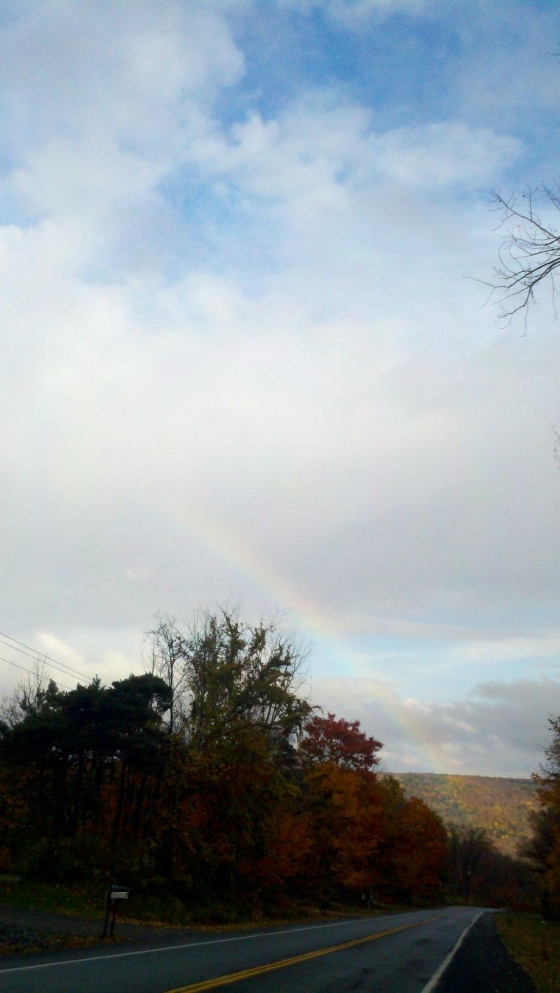 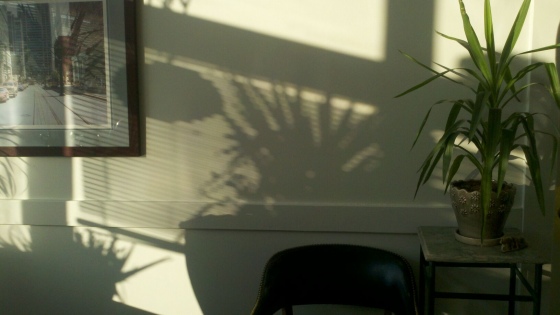 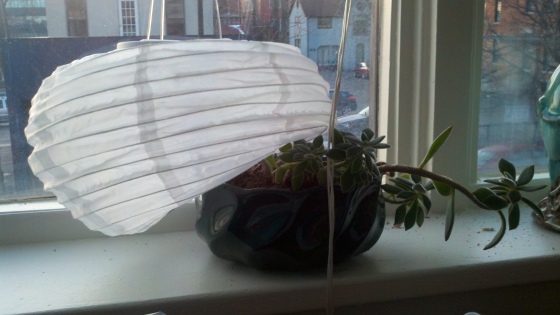 Finally took a decent shot of (e:terry) for his QuickBooks ProAdvisor profile 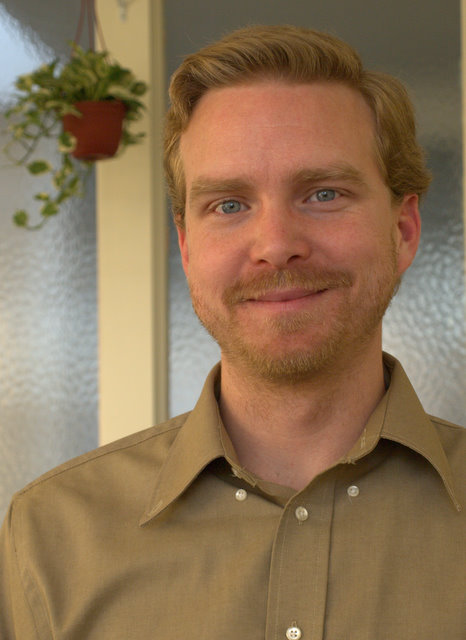 (E:terry) was out at a client's all day while I sat in the office and studied, watching the street traffic and sunshine. We have pretty shadows from all our pretty plants. A client gave us the neat print of a main street painting. 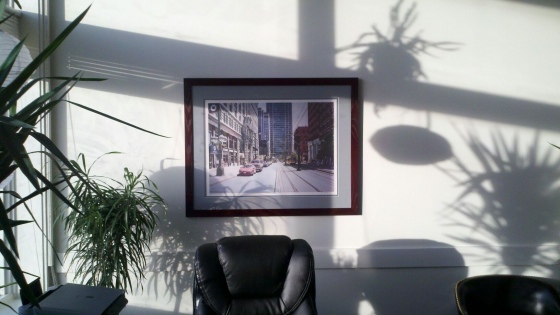 We have those... next sunny afternoon I'll give it a try.

Your office would make a great setting for a film-noir. All you need are shadows from Venetian blinds.

what direction does that window face

Is this white stuff? 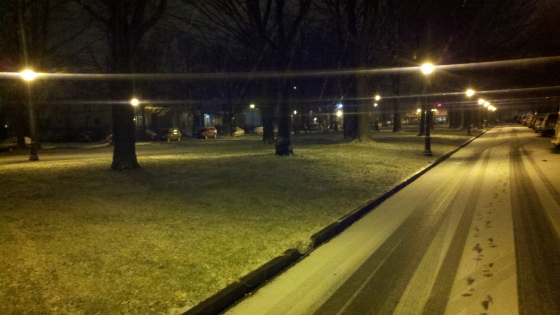 It can't be snow, we dont have that in Buffalo.

It's "blow" from Rock and Roll Heaven. Rock stars were always sloppy with their "coke".

I didn't check the weather this morning before I left the house wearing sneakers. I also didn't grab mittens or scarf and only have one jacket layer. We had an appt at elmwood and bryantthis afternoon. It was nice enough when we got there but 3" of snow when we left 3.5 hrs later, with whiteout conditions. Took about 15 min to drive from there to the office.

My truck heater core is clogged (limited heat) and I broke the drivers side window crank in that bad freeze. It's stuck open about 2". So brushing off my truck also requires brushing the snow off the seat and floor. «sigh» I need a new vehicle. (also needs new catalytic converter, some new e brake cables, february inspection...) 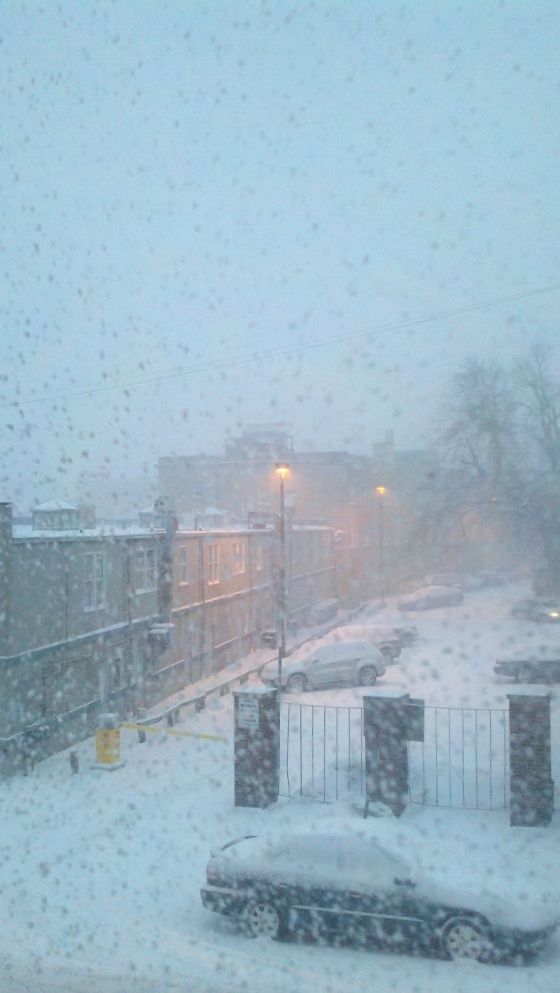 It's been living at the office mostly... he really needs a computer for home. Maybe next month.

how can terryberry walk with his pc in the bag in the snow like this?

What are the chars around the sigh?

It didn't look too bad from the 28th floor of the hilton, but traffic out of toronto was creeping along. I was on the QEW for a while doing an okay speed when I hit a patch of ice, flew across the grassy median ditch and landed facing oncoming traffic on the other side. Fucking crazy. Someone else did a 180 right behind me and a little farther a couple tractor trailers were jackknifed and cars were just all over the place. I made it back okay, 2.75 hr trip. 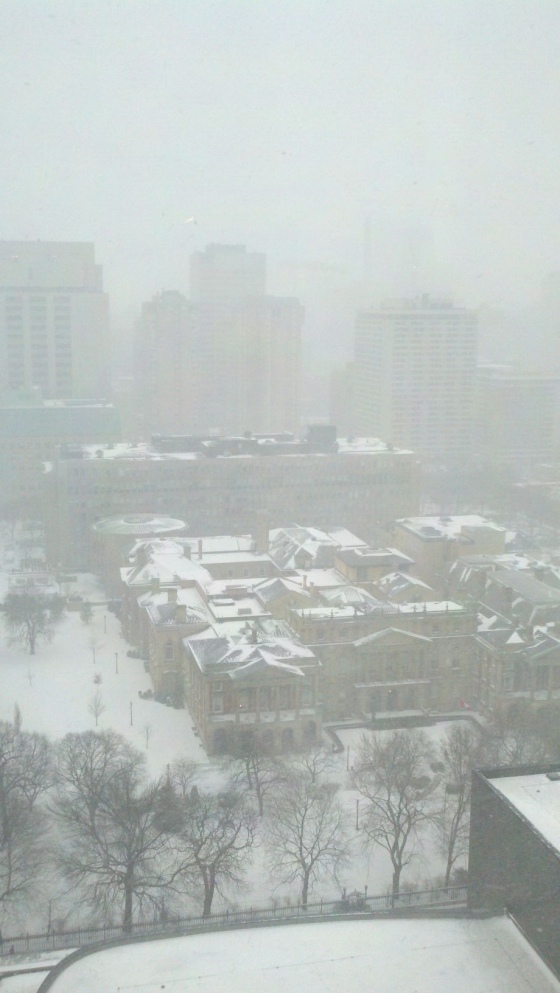 It was really scary... I wasn't texting or doing anything distracting, just driving. I wish I had taken a pic of the tiremarks across the median and the other car behind me. An ambulance cruised by and checked on me, and then I did a u-turn and followed it to the next exit so I could get back on the QEW in the correct direction, and watched it fishtail the whole time. :-p

That is so scary. One time that happened to me by the Galleria and the car went down into the creek part. Luckily it was frozen. I may have been texting.

I am so glad you are okay! That was a close call. Yesterday was really horrible. They spent an hour de-icing the plane on the tarmac. I can only imagine the levels on the ice on the highway!

Thanks. So's (e:terry). We need insurance.

From the office window 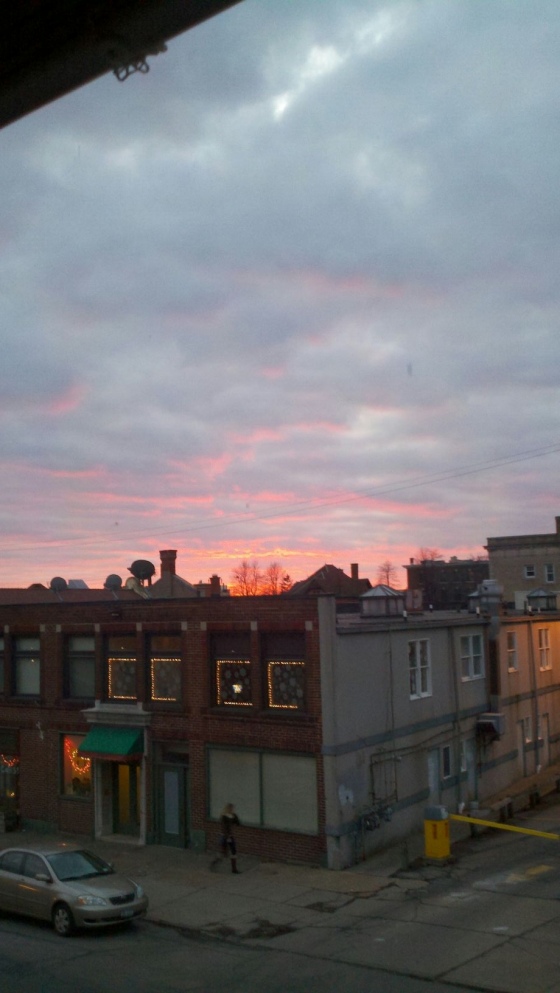 On my way today I looked back and saw the cool looking orangish more red sky of the sun going down and it looked really cool but no Camera....ARGh 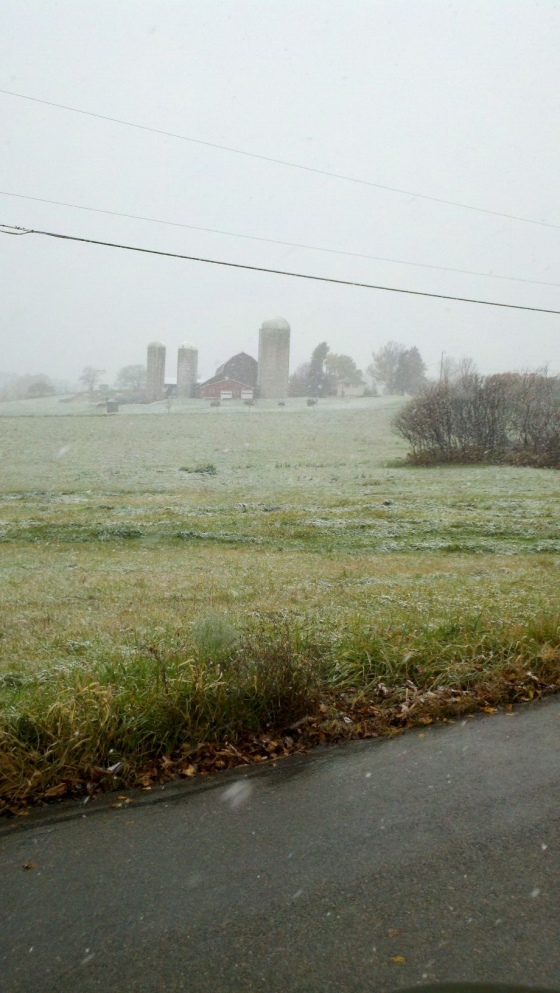 So then your blood pressure is in negative numbers now? Ha......

For the past week, the whole world has been just my flat... and walgreens for chocolate sorties. I think I eat too much chocolate. This week alone I finished 10 more bars of 90% lindt.

Who knows what the outskirts of the city looks like. My whole world is limited to a 2.5 mile circle around my flat.

Are there any (farm-scale) silos in Buffalo?

This is on Cherry Flats Road in Tioga County, PA :::link:::

Season for endless soup is here!!

Where is this? Buffalo?

The appearance of said snow thereby acts as permit for people to drive like flippin morons even more so, as this never happens, except for every year

I heard a rumor of this today where I work and have it confirmed for there....