My apartment is rather small, pretty cheap, and doesn't come with laundry facilities. I usually bring my laundry home since my routine has been every other week, but my routine has been disrupted for work and certain weddings and girlfriends and stress; I haven't been here since the end of June. So I took 59lbs of laundry to the wash-n-fold last week - $.69/pound on Mondays!

For some background, I'm allergic to scented laundry detergent, so hanging out at the laundromat isn't really an option if I want to be productive the next day. I take my free & clear detergent to the wash-n-fold.

I stopped in Tuesday night and the attendant wasn't finished with the laundry, so I grabbed a bag of what was done and headed out to the truck - we needed underwear and I needed work clothes. I sniffed it - it smelled strongly of laundry detergent. I went back in and asked if she had used my detergent. She swore she did. I left, thinking I was just being paranoid.

I went back on Wednesday and got the rest. She had put ALL in one huge clear garbage bag that I had trouble dragging to my truck, so I didn't smell it till I got home. It all reeked. I don't mean just a whiff of detergent, I mean it smelled like it had been dipped in Tide and dried on hot.

(e:Dianne) and I returned on Friday morning and the attendant swore again that she had used my detergent, but that she'd rewash it. So Saturday afternoon I lugged all 60# back to the wash-n-fold. I got it back later and it was somewhat better, and clearly washed in my detergent, but I couldn't possibly wear the clothes or use the sheets and towels. (e:Dianne) isn't allergic but I like being snuggly with her so she needs to be allergic-free.

As much as I hated to ask, (e:Terry) said I could use his washer to see if I could get the smell out of a load of necessary items. Two washes, each with second rinse, one load with vinegar, the clothes were still too scented to wear. I almost cried. With as much stress (good and bad) and chaos that have happened in the past two months, the laundry became the tipping point - I can't handle anymore! (e:Dianne) would have happily helped... if she wasn't broken. She can tolerate laundromats.

So today, almost two weeks after dropping my laundry at the wash-n-fold, I'm home at Wendy's and doing MOUNDS of laundry with vinegar and borax. My head is stuffy from allergies and I can't quite tell if the scent is gone but I can tell it's better. I've got some out on the clothesline hoping that helps as well. Cross your fingers for me!

I feel your pain, I'm allergic to all that stuff too... And basically everything else in the world. I accidentally used the wrong stuff once and my washing machine smelled like it for several loads.

Oh man! I just read this!! I feel for you! I hope you are feeling better. Perfumes drive me nuts! I LOVE LOVE hanging around people who smell like nothing!

I got my hair cut today and this pile is the leftover. 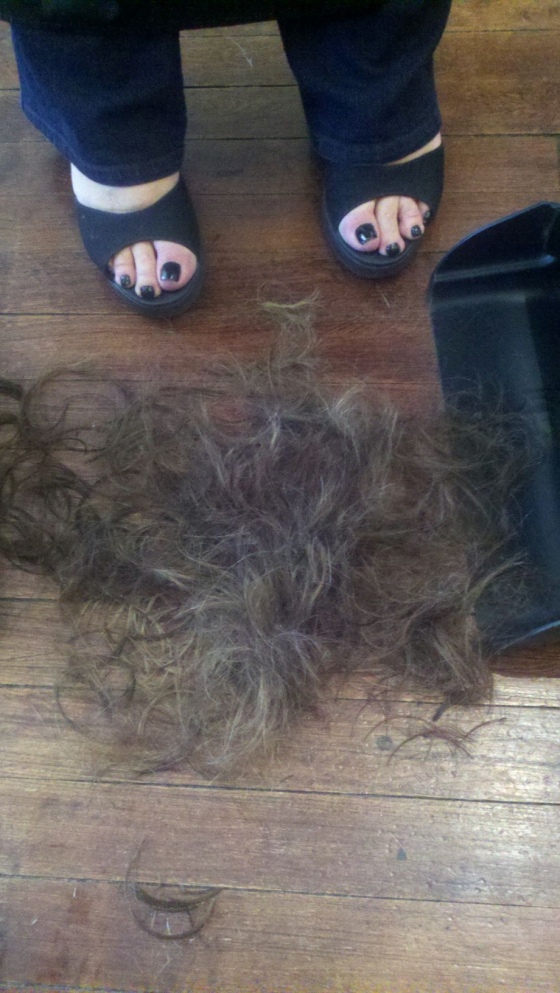 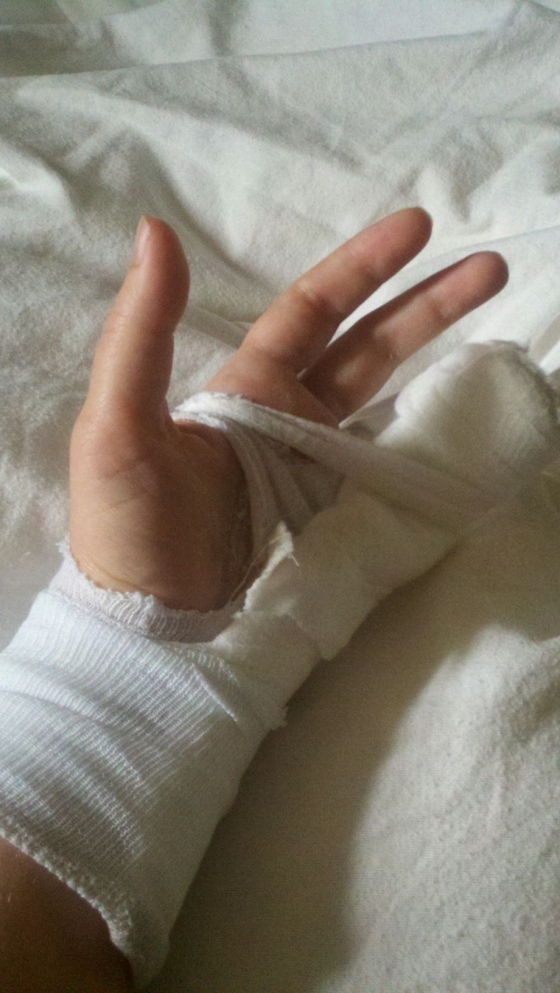 whine! my splint stinks and my left hand is gross & dirty. can i get some gauze, wash it, and rewrap it?

A nice end to a doctor-filled day. A hop head flight at cole's.

The hand is splinted at a approx 90 degree angle. Thanks to (e:puddlediving) for holding my hand while i squealed in pain. 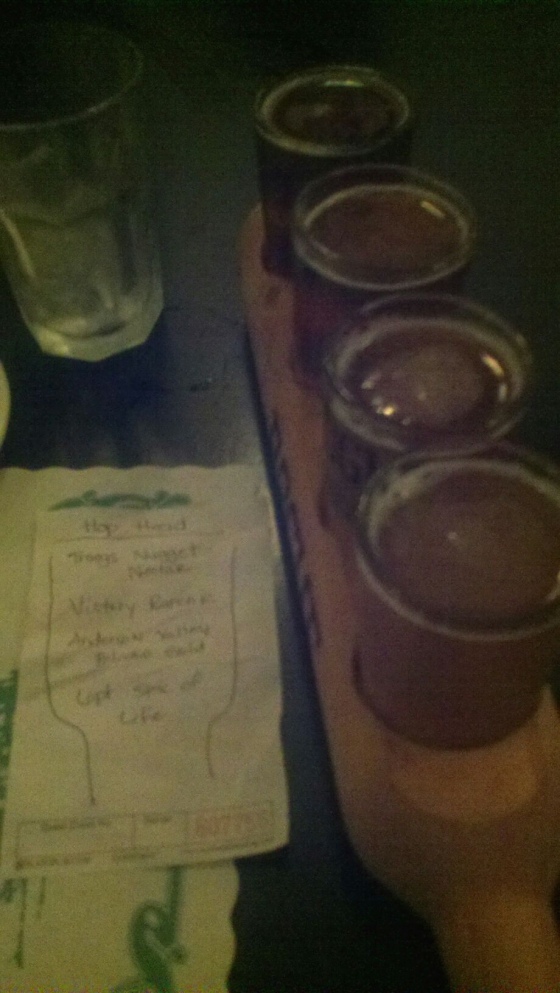 I broke my pinkie last night after the parade. 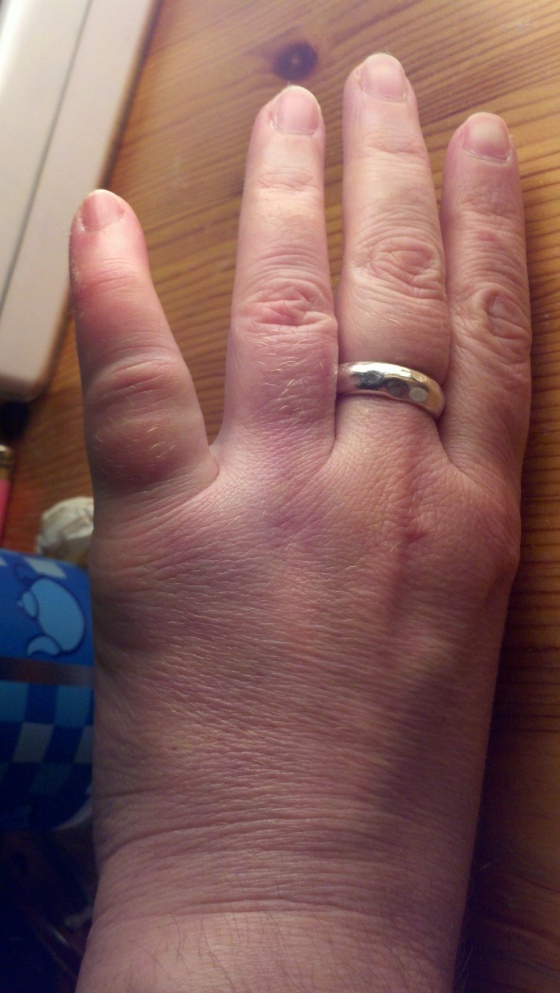 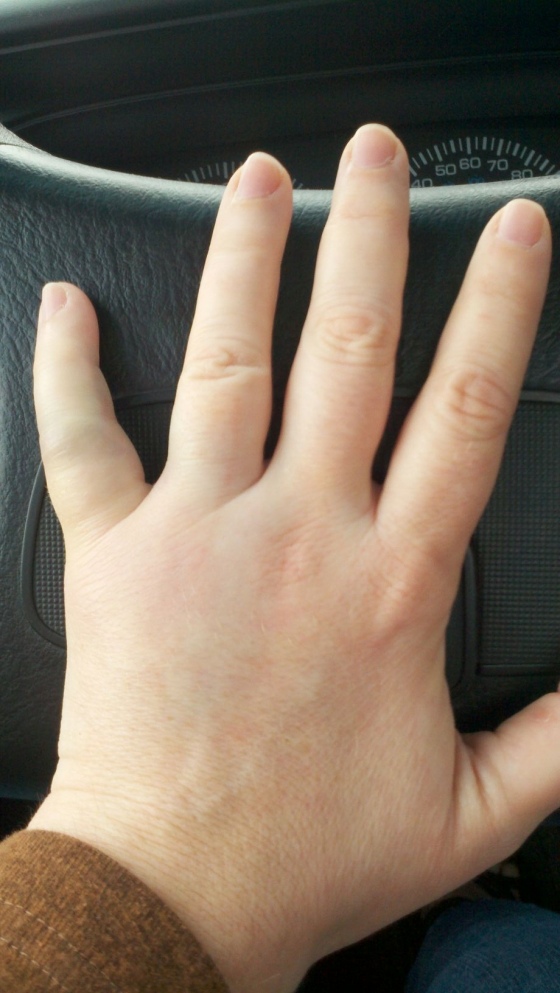 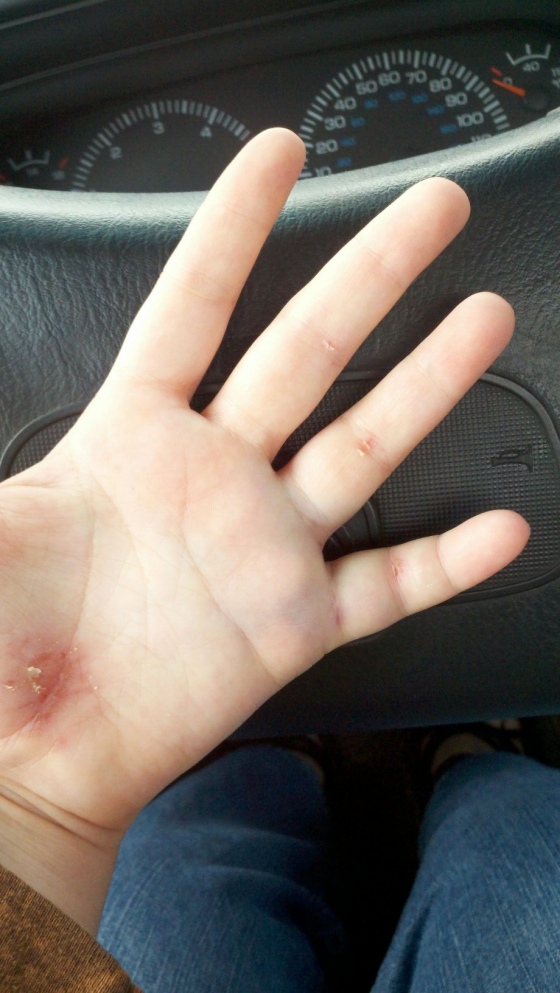 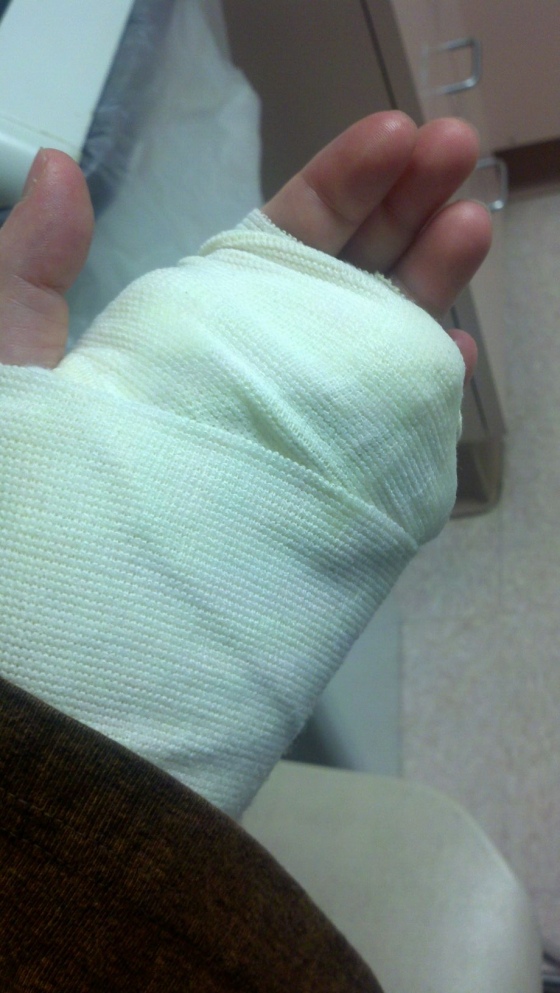 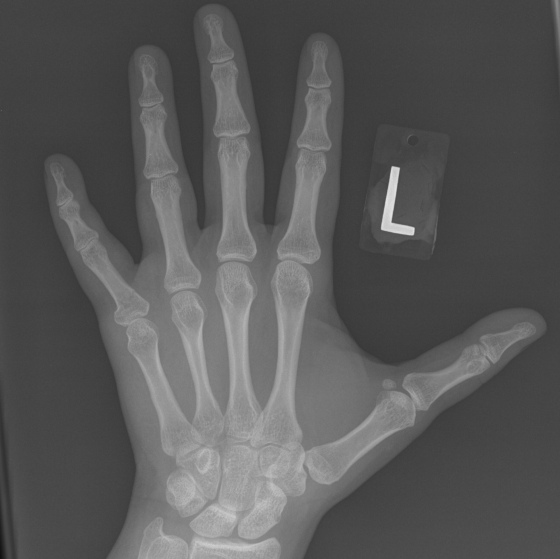 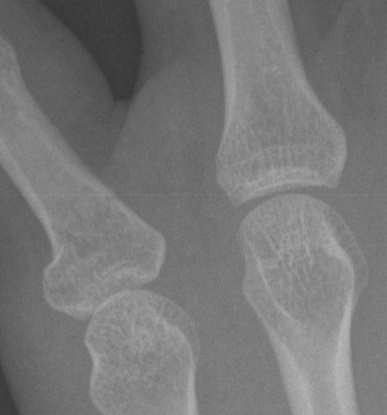 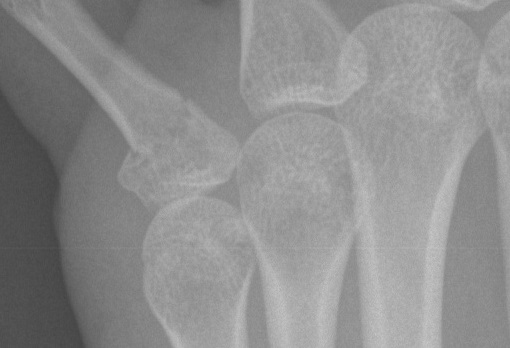 (e:puddlediving) and i were supposed to hang out today...so she's taking me to the orthopedist out on sheridan later. woo.

(There were no footballs involved (e:terry,52173) but i did protect my camera.)

Yeah, ouch! How did it happen?

Yikers. Did you fall and land on an outstretched palm? Or did you go down swinging a knockout punch??

Either way, I hope you defeated whomever you fought, hope the pavement had a ton of people trod on it mercilessly and most of all hope the fracture heals soon!! Please do follow the immobilization regimen to the letter!