Tuesday night's restaurant: El Vez. Yummy, but loud. The table we were seated at sucked - squeezed between a photobooth and the stairs down to the restrooms, so we asked to move. The place was loud. Service was very good. It felt like what Cantina Loco wants to be. Great decor: 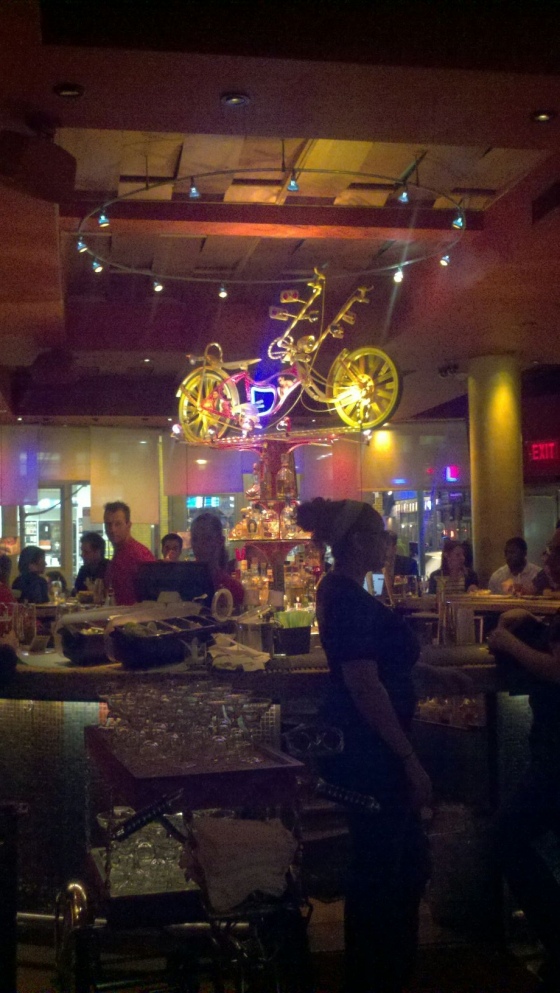 After a Cezar Chavez guac appetizer, A got shrimp tacos which he said were really good: 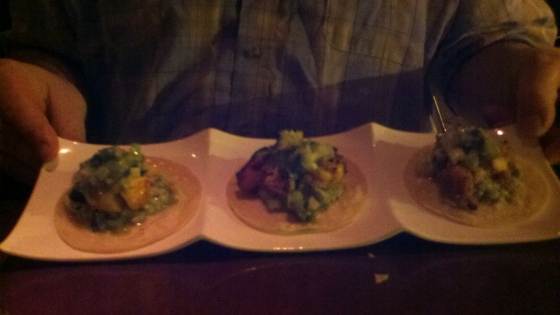 And I got black bean enchiladas. I also got a Stegmaier IPA which had the malty-coffee edge of a black IPA. 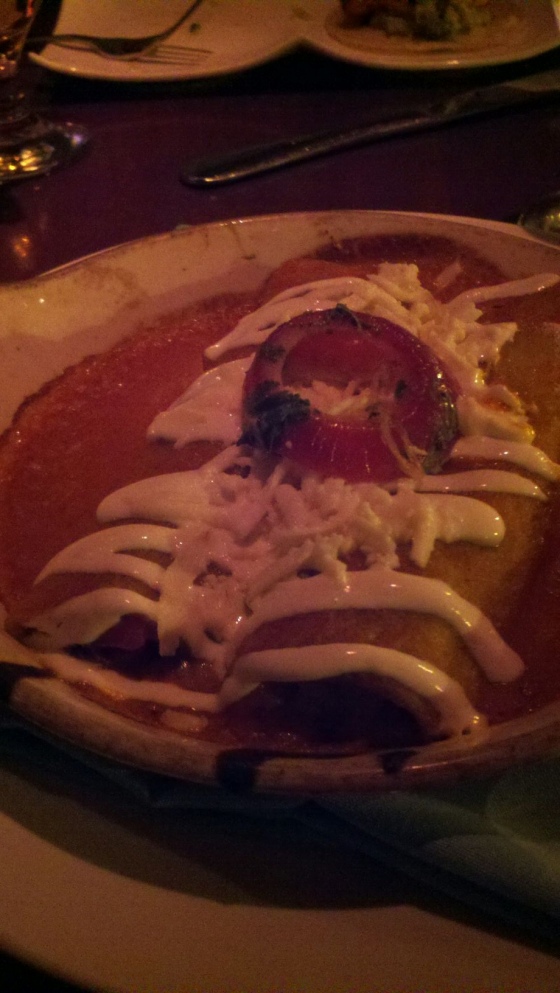 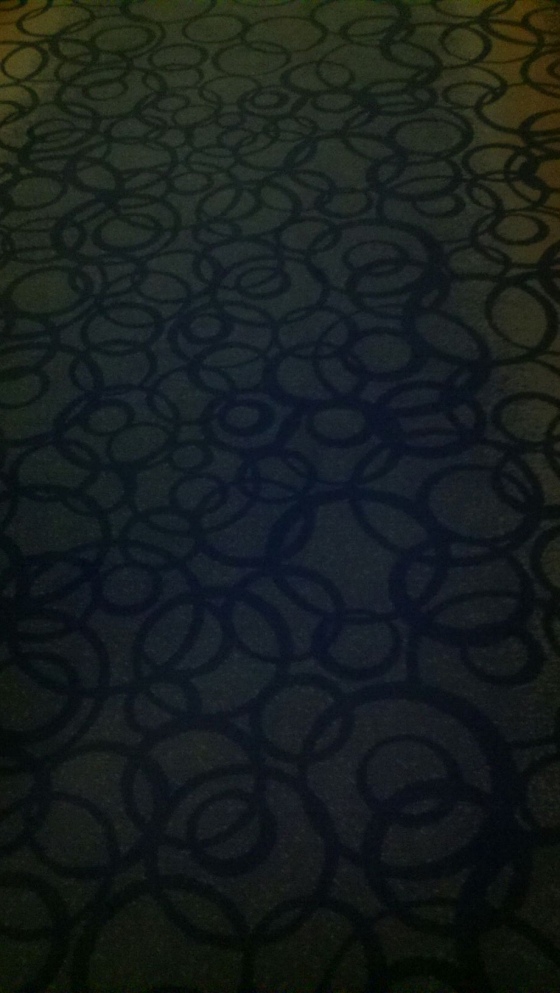 After the exam on Wednesday, I wanted to celebrate a least a little. I asked Meredith for some mapping/exploring help and she suggested the Manayunk Brewery & Restaurant. Manayunk is a funky cool neighborhood that I had visited back in probably 1994 with my ex's mom & stepdad. It's gotten a bit gentrified since then - it has a Pottery Barn. 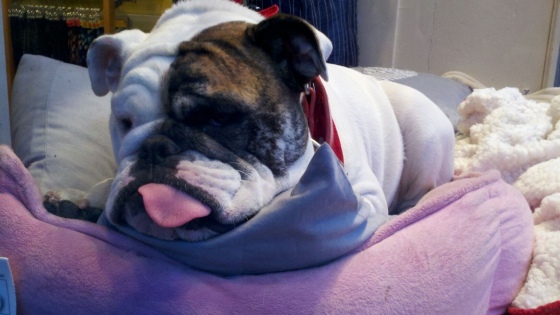 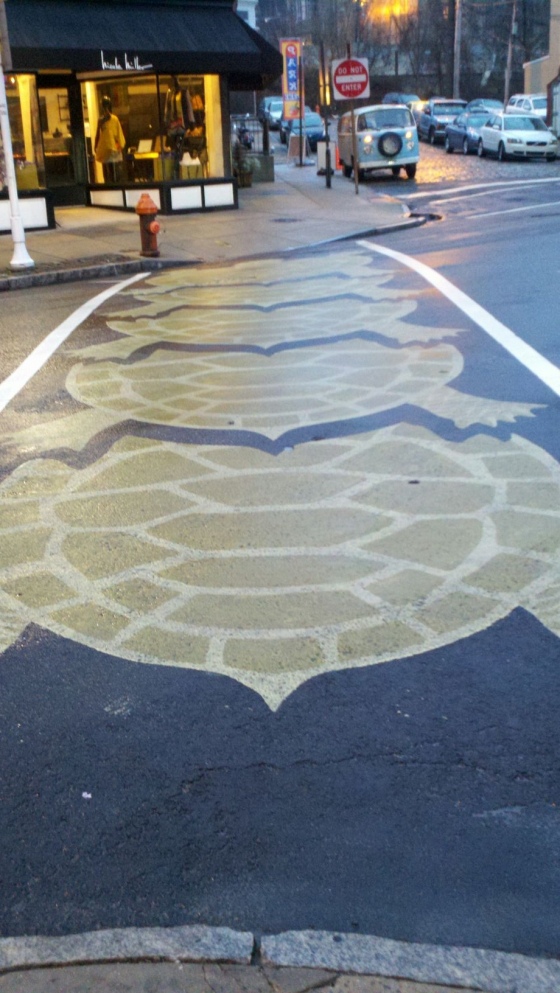 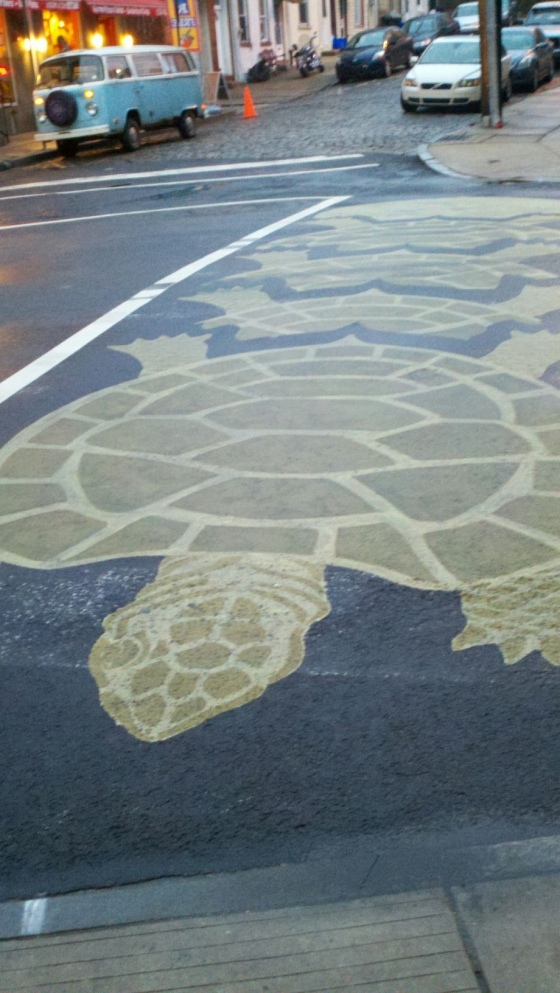 We shared the sampler of eight beers. I was surprised I liked their Black Eye PA - much less of the malty-toasted flavor than other black IPAs. The Dreamin' IPA was my favorite, of course, a crisp double IPA 8.5%, 85 IBUs. 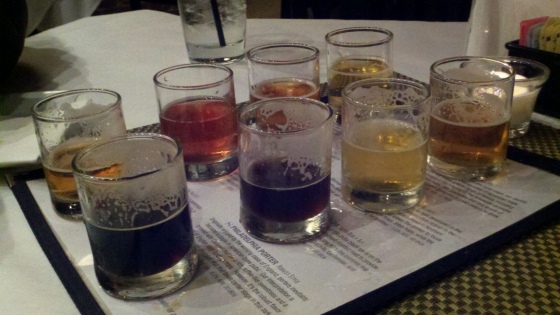 (remember, you can click to enlarge and read the text) A liked the Schuylkill Punch, a raspberry lager. 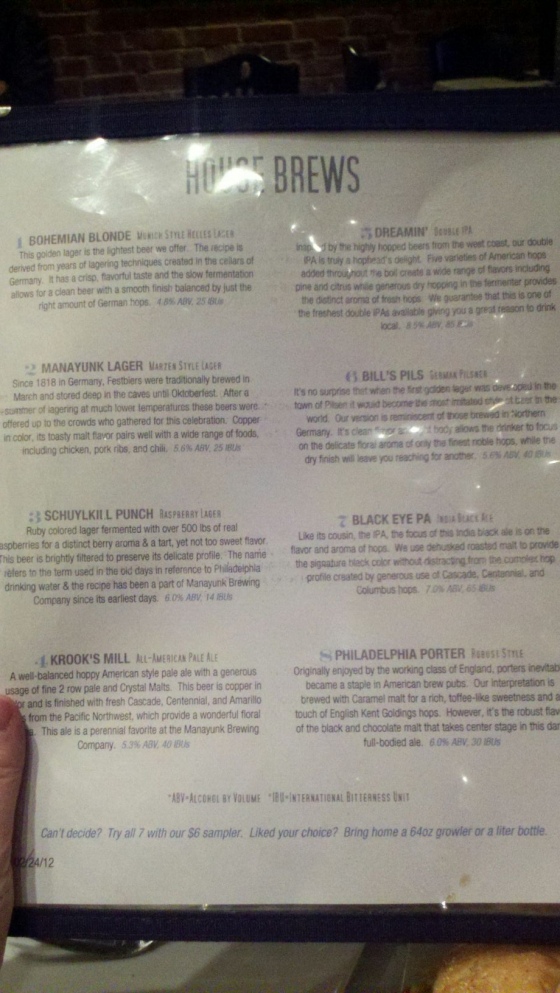 A's amazingly sculptural sashimi plate (very unusual for a brewpub to have a full sushi bar, but there it was!) 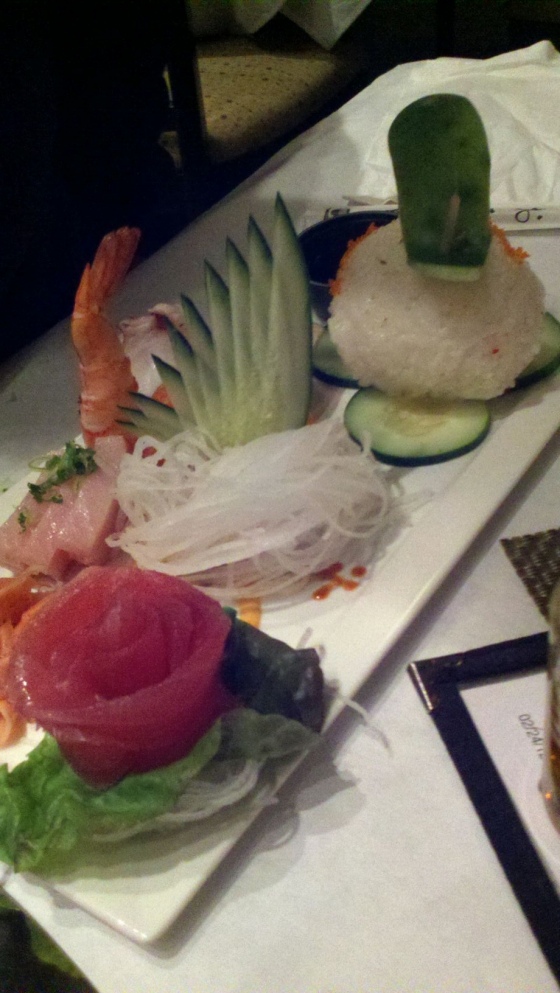 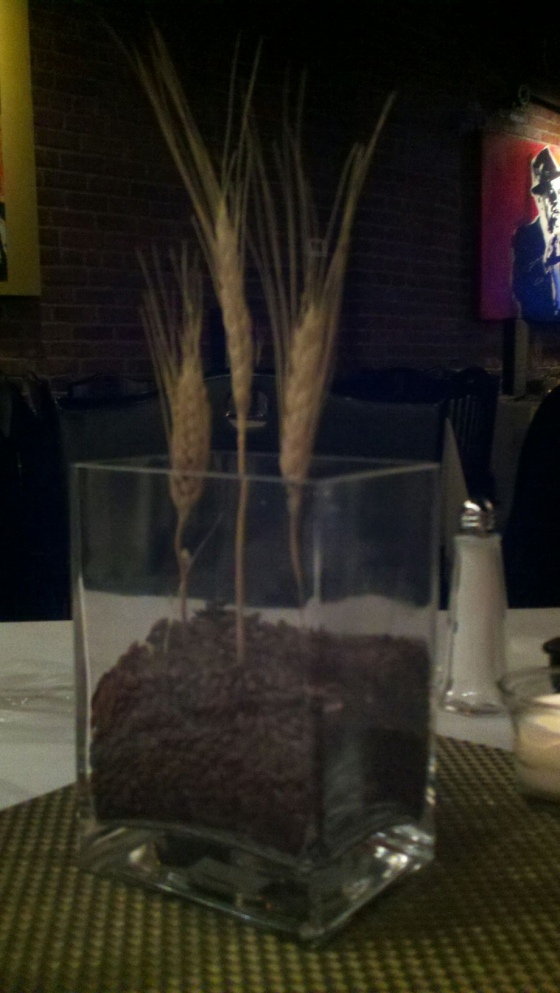 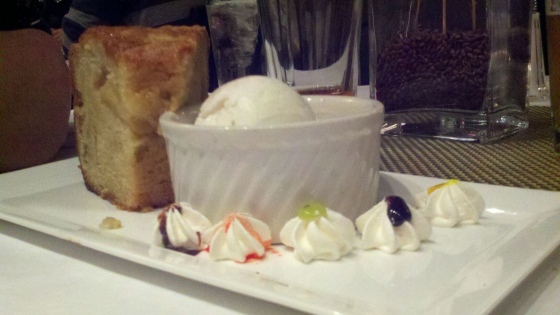 Then we had the four-hour drive home.

Thank goodness it's over. I'll know mid-April if I passed. I'm taking today off (except accepting phone calls from (e:Terry)), lazing around, enjoying some quiet.

That turtle street crossing is so cute.

A malty IPA? Why haven't I heard of such a thing? Enjoy your quiet and lazing around, you've earned it!

My beloved mountains! I wish I had my real camerawith me to show the amazing moon & planet conjunction. So many stars!

Traveled to philly tonight, currently at Triumph Brewing Company on Chestnut enjoying a Bengal Gold IPA and listening to a jazz band. A got a Love Potion, too sweet for me. We ordered an insane amount food because A was worried the portions would be tiny. Ooops. 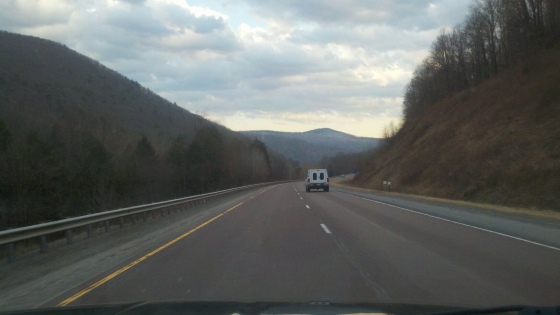 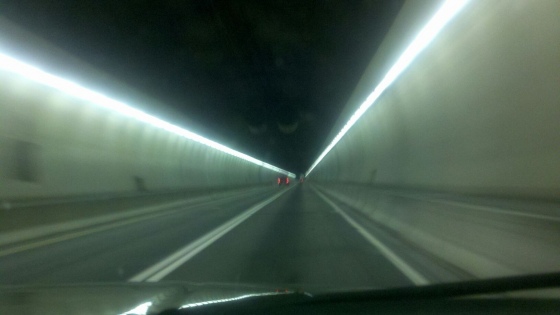 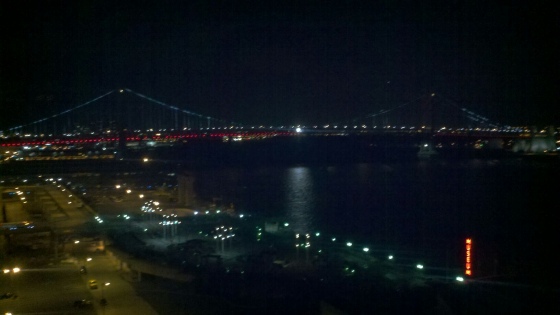 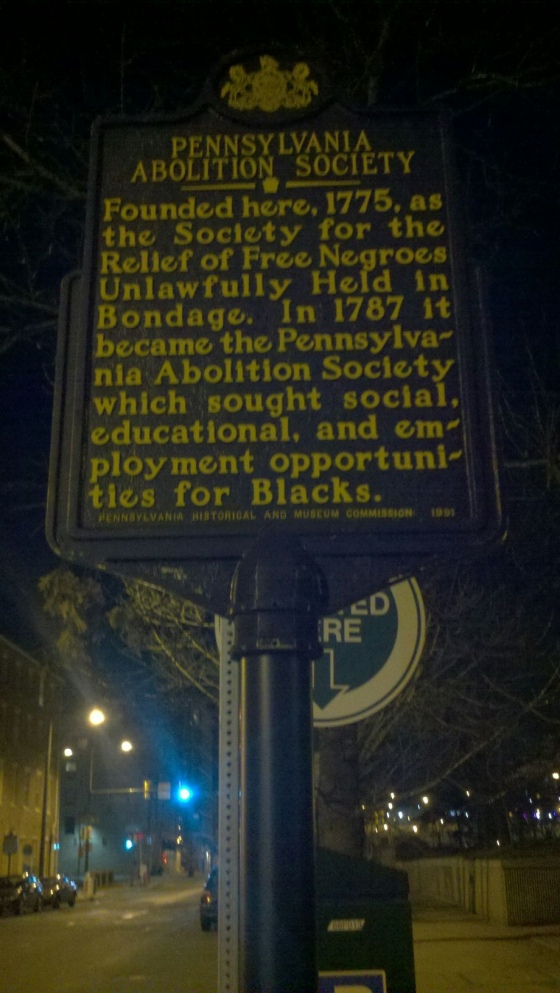 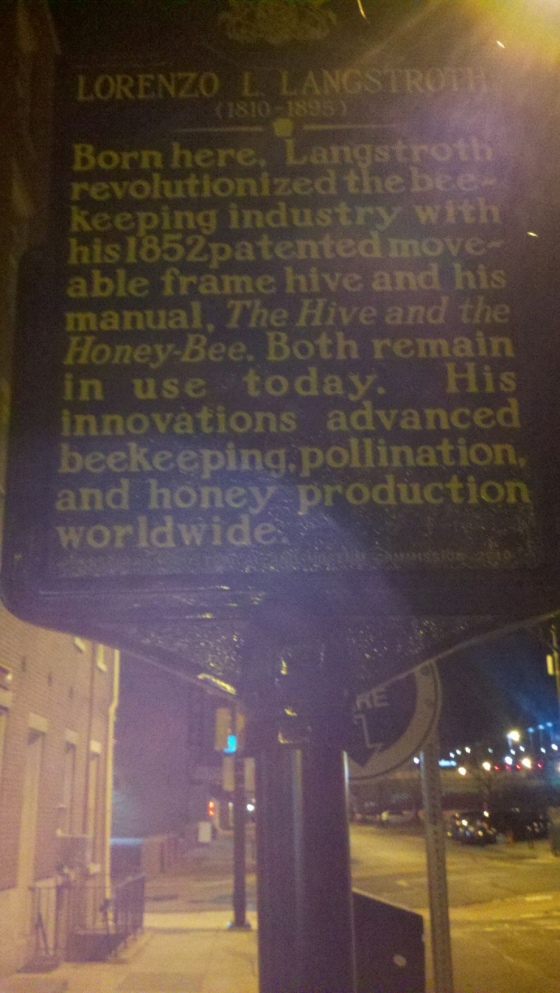 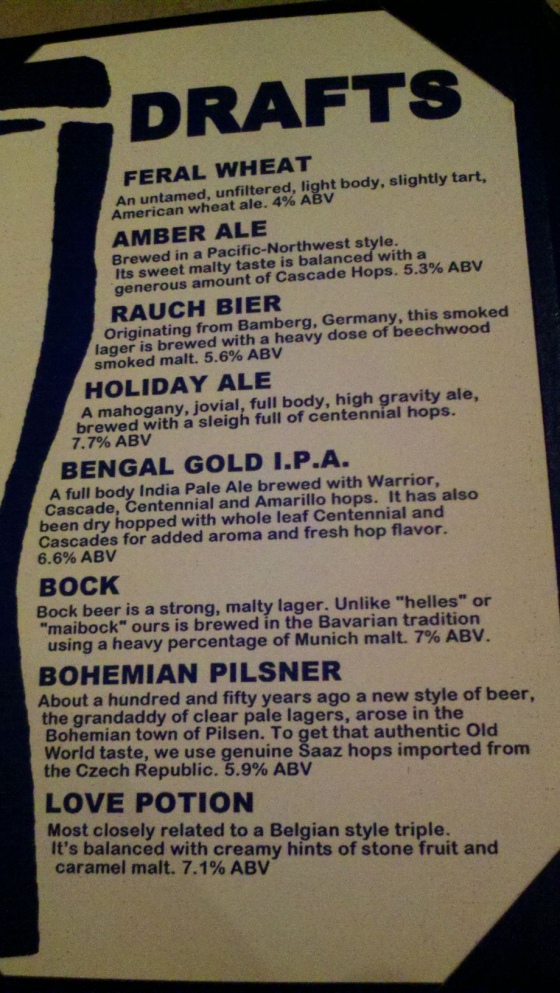 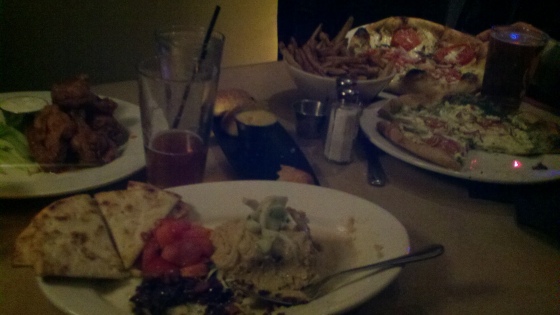 The non-bar parts of the trip were quite fun and I'd definitely recommend it. I have more food and adventure pix to post.

I've still not been to Philly as an adult. I'd like to check it out someday.

I got to the office today and stressed to jill and kelly who completely took over and organized my day. Thank you! So now I'm studying, cuddling with nisha, and listening to shane, jill, kelly and the roosters.

Kelly got her nails done with super cute pandas. 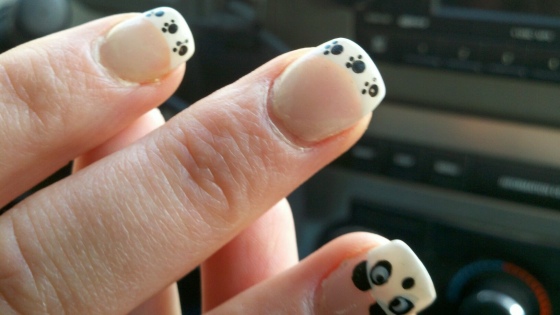 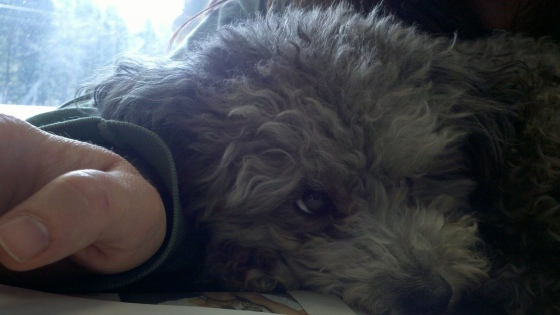 I traveled to Rochester for the admission ceremony today...

(e:kookcity2000) took me out to lunch at John's TexMex in the South Wedge and then he gave me a little tour. Thank you so much!! Gorgeous view from next to the big reservoir: 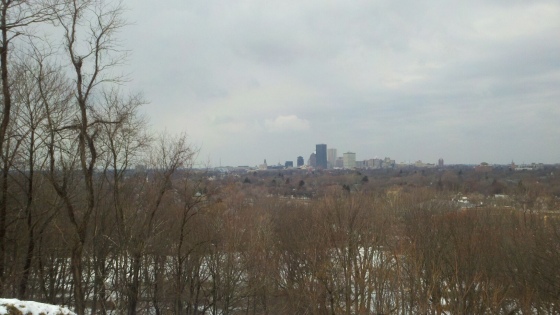 There was an overwhelming number of people in the room for the admission ceremony. 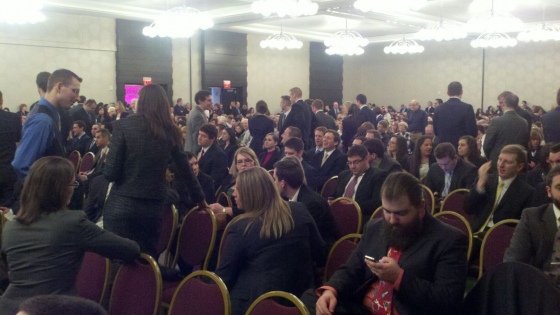 And there were all these people talking! The ceremony took about 45 minutes. 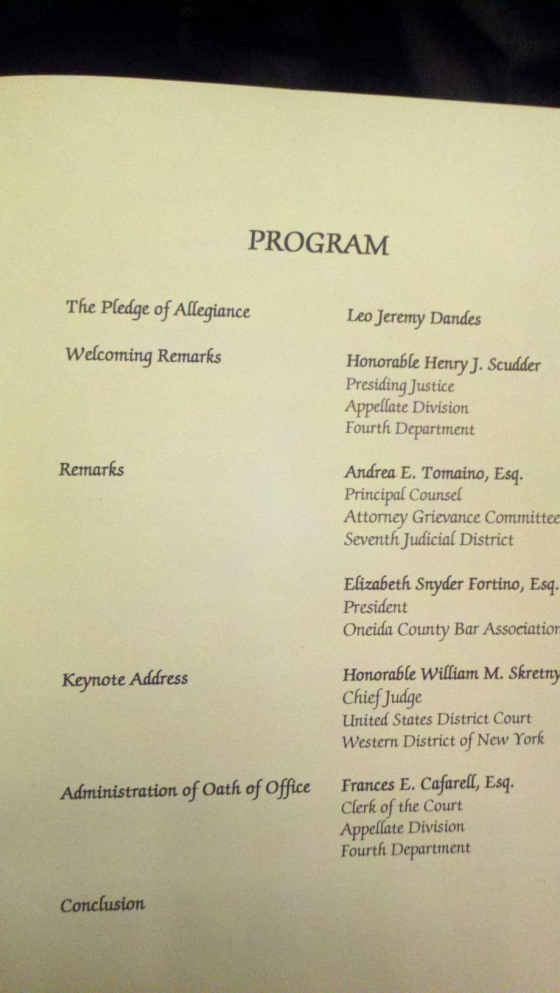 But now I'm a lawyer... officially an "Attorney and Counselor at Law" as you can see: 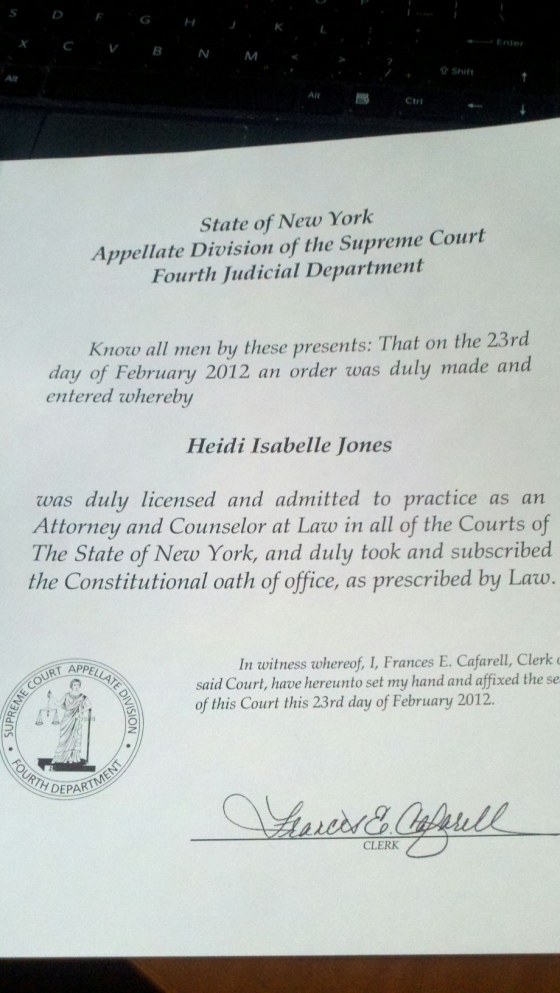 Thanks all! (e:tinypliny) - no photos of me today!

yayers, you have a pretty name.

That one bloke at the back is so much into it that there is a blue screen of death all over his face.

LOL @ the number of people gawking at their smartphones.

Yeah, and where is your Ã¼ber-formal attire snap? I need inspiration, you know?

Partnership by estoppel - see corporation by estoppel.
Collateral estoppel. It's so boring i'm not bothering. You can google it.

So folks, I've got seven days left. I'm in a way better position than I was for the NYS bar exam but somehow I'm in a worse mental place, or at least it feels like it at the moment. The scoring is mysterious and the essays have more weight than they did in NYS... stress stress.

I'm asking you all to please write more posts and comments because they help me understand that this exam is not the only thing that exists in the world.

Speaking of lobsters, Jen's girlfriend called her a lobster. Puzzled, I looked it up on urbandictionary. But Jen asked Lynn what she meant. Unlike urbandictionary, Lynn's response was "hard to catch and yummy to eat".

Have fun for me !

So I came up with "Lobsters Gorilla" in which Gorilla is a verb. If memory serves, the name was a play on a lyric from Frank Zappa about Chester's Gorilla.

fyi, even though I love seafood, lobster isn't one of my favies.

How's that for useless information.

Paternity by estoppel Once you say you're the dad of the kid, you can't disclaim the kid even if blood tests say it isn't yours. But if biological dad steps in and says that he'll take responsibility for the kid, you're off the hook.

Corporation by estoppel if you're dealing with an entity that you believe is a corporation (which would have limited liability) and you find out that it was defectively formed or isn't a corporation at all, you can't assert that the owner is then personally liable. This is only true if the owner didn't know that the corporate formation was defective and was in good faith holding it out to be real.

Word of the Day: Subjacent

Equivalent to adjacent but underneath (sub). Image Salon is subjacent to our office.

Legal context: "Subjacent support rights are the rights of surface owners to not have their land subside from the activities of the owners of underground rights." Coal mining is a good example: as the miners are removing coal, they have to make sure that the surface doesn't collapse. The relation of the subsurface to the surface is "subjacent".

Legally that is pretty interesting I heard of things called Mineral rights but never thought about the fact that people above the land would have rights as well....

Oddly enough, I first heard this word when I was in the pre-law program at the University of Detroit (so it must have been my frosh or sophomore year) drinking with one of my "mentors" at a bar called the Roaring Twenties (if memory serves). The usage:

"She does not like missionary men, she prefers them subjacent" quoth the mentor.

"Look it up" quoth the mentor with a grin.

I'm reading the info on distinctions between Pennsylvania contract law and common law or Uniform Commercial Code Art. 2 and it includes promissory estoppel, which (e:kookcity2000) thinks is interesting.

Promissory estoppel allows a promisee to enforce a promise against a promisor even when there's no consideration. Consideration is a legal detriment that binds one to a contract. It's usually money for service or product but it could be product for service or something else.

Example: (e:Lilho) promises (e:Paul) that she will give him a year's worth of tortoise food if he stops going out dancing for a month. (e:Paul) thinks this is a good bargain and stops growing dandelions and strawberries for Basra and T2. At the end of the month, (e:Paul) hasn't been dancing but (e:Lilho) laughs and says she wasn't serious. Now Basra and T2 are hungry. Can (e:Paul) sue (e:Lilho) for tortoise food?

Yes! Why?
- Was a contract formed? (e:Lilho) made an offer, (e:Paul) accepted, so yes.
- Was there consideration? (e:Lilho) isn't getting anything for her promise, so no ((e:Paul) not dancing for a month doesn't affect (e:Lilho)'s life although that's what she asked for).
- So why can (e:Paul) sue? Promissory estoppel: Because he relied on (e:Lilho)'s promise by tearing out the dandelion and strawberry garden and an injustice will occur if (e:Lilho)'s promise is not enforced - Basra & T2 would go hungry. Was it reasonably foreseeable (or even just reasonable) that (e:Paul) would rely on the promise? Yes, because (e:Paul) thinks growing tortoise food is a pain.

I do, I love that shit. I would probably love anything distilled to its most interesting points and was still accessible from my couch though.

ah so then they are different ok thanks.... Not that I need any legal advice I was just wondering....

Oral contracts can be enforceable under certain circumstances. If the value of the contract is over $500 or if it is for one of the following items, it must be in writing: Marriage (like a prenuptual agreement), suretyship, land, contracts than can't be performed within one year, and contracts covered by the Uniform Commercial Code. I was assuming the cost of one year of tortoise food is less than $500.

That is pretty interesting.... My legal question is.. Is that the same as what is called and Oral or Verbal Contract?

Sorry, (e:kookcity2000), I already passed through promissory estoppel and didn't write about it. Today's phrase is "anticipatory repudiation". In contracts law, either party can feel a little insecure about whether the transaction is going to happen and demand some reassurance. The other party (P2) has to respond with assurances within 30 days or the first party (P1) can assume that P2 has repudiated the contract.

When P2 has failed to respond or flat out states they don't intend to honor the contract, anticipatory repudiation has occurred. P1 can then seek remedies and doesn't have to follow through on their part of the contract. If P1 doesn't seek remedies, P2 can resume performance (or promise to) and P1 can request assurances that P2 will follow through. P1 is also required to mitigate the consequences of the breach (such as find a different supplier).

Again, paraphrasing the bar review materials. The NYS bar materials didn't cover DUI in this level of detail, but you can check out this PDF for current info

1. What is operating or in control of a vehicle?
The court looks at the totality of the circumstances but factors include
- is the person in the drivers seat?
- is the engine or the headlights on?
- are the keys in the ignition?
- how is the car situated?

2. Where? The vehicle can be on the side of the road, in a parking lot, or any other public roadway.

(e:Puddlediving) has a breathalyzer and we've been shocked by how little alcohol it takes to hit that .08 mark. .16 is easy to hit, too. DUI penalties are quite harsh (and include not being able to go to Canada for 10 years), so today's lesson is Don't Drink & Drive!

As far as I can tell they can't just follow you and pull you over. They don't have cause. I wish I had known this several years ago...

So you can turn around at the checkpoint...Are they somehow prohibited from following and pulling over those who do so?