My apartment is rather small, pretty cheap, and doesn't come with laundry facilities. I usually bring my laundry home since my routine has been every other week, but my routine has been disrupted for work and certain weddings and girlfriends and stress; I haven't been here since the end of June. So I took 59lbs of laundry to the wash-n-fold last week - $.69/pound on Mondays!

For some background, I'm allergic to scented laundry detergent, so hanging out at the laundromat isn't really an option if I want to be productive the next day. I take my free & clear detergent to the wash-n-fold.

I stopped in Tuesday night and the attendant wasn't finished with the laundry, so I grabbed a bag of what was done and headed out to the truck - we needed underwear and I needed work clothes. I sniffed it - it smelled strongly of laundry detergent. I went back in and asked if she had used my detergent. She swore she did. I left, thinking I was just being paranoid.

I went back on Wednesday and got the rest. She had put ALL in one huge clear garbage bag that I had trouble dragging to my truck, so I didn't smell it till I got home. It all reeked. I don't mean just a whiff of detergent, I mean it smelled like it had been dipped in Tide and dried on hot.

(e:Dianne) and I returned on Friday morning and the attendant swore again that she had used my detergent, but that she'd rewash it. So Saturday afternoon I lugged all 60# back to the wash-n-fold. I got it back later and it was somewhat better, and clearly washed in my detergent, but I couldn't possibly wear the clothes or use the sheets and towels. (e:Dianne) isn't allergic but I like being snuggly with her so she needs to be allergic-free.

As much as I hated to ask, (e:Terry) said I could use his washer to see if I could get the smell out of a load of necessary items. Two washes, each with second rinse, one load with vinegar, the clothes were still too scented to wear. I almost cried. With as much stress (good and bad) and chaos that have happened in the past two months, the laundry became the tipping point - I can't handle anymore! (e:Dianne) would have happily helped... if she wasn't broken. She can tolerate laundromats.

So today, almost two weeks after dropping my laundry at the wash-n-fold, I'm home at Wendy's and doing MOUNDS of laundry with vinegar and borax. My head is stuffy from allergies and I can't quite tell if the scent is gone but I can tell it's better. I've got some out on the clothesline hoping that helps as well. Cross your fingers for me!

I feel your pain, I'm allergic to all that stuff too... And basically everything else in the world. I accidentally used the wrong stuff once and my washing machine smelled like it for several loads.

Oh man! I just read this!! I feel for you! I hope you are feeling better. Perfumes drive me nuts! I LOVE LOVE hanging around people who smell like nothing!

we wanted infringement t shirts and happened across the guy who designed this year's logo. he had screenprinted some t-shirts with glow in the dark paint and was carrying then around while infringing yesterday, hoping to sell them. we spent a nice bit of time chatting while listening to Josh Gage's band The Observers in front of El Buen Amigo. he had no small or medium black shirts left but there was one gaudy orange polo with sleeves cut off and a black racing pattern collar. (E:Dianne) loved it, so we got that for her and a black t-shirt for me. our next trip home she put it on and wore it the rest of the night. despite the ridiculousness of the shirt, she totally rocked it. it also glows in the dark (the screen print, not the orange of the shirt). 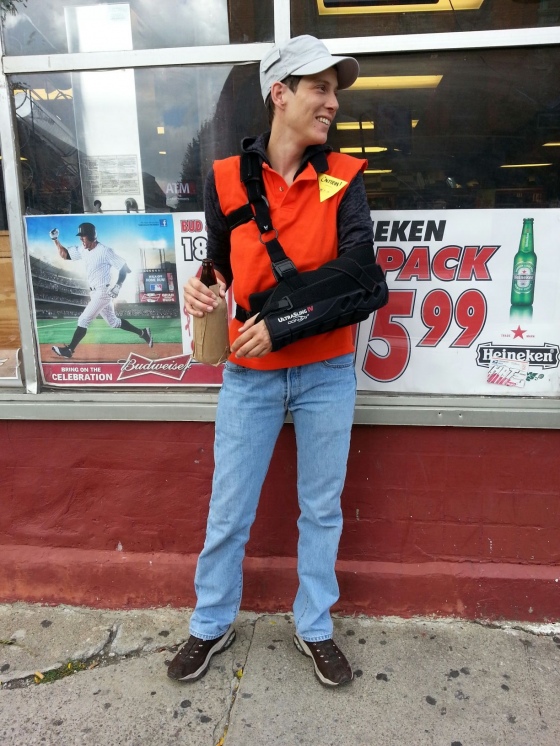 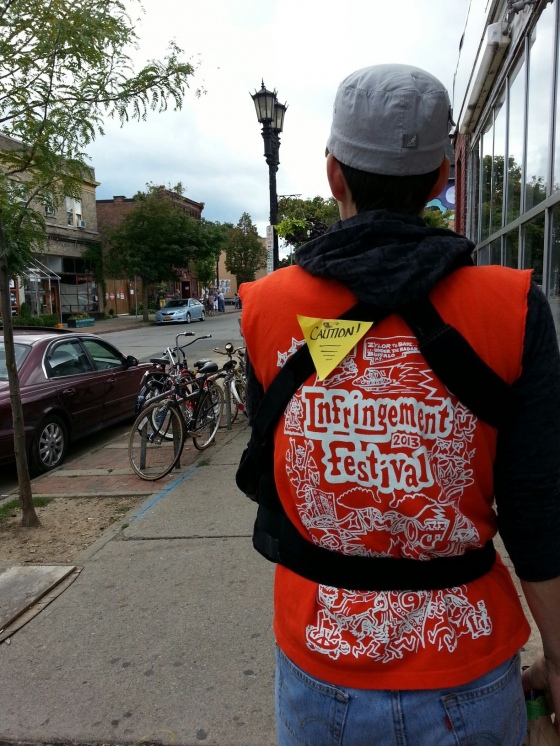 At coming home buffalo, there is a little infringement museum and a place to air grievances. Dianne's plate said "Fuck Corporate America". am I wearing off on her or is she self-radicalizing? the cashier's manifesto last night really spoke to her. 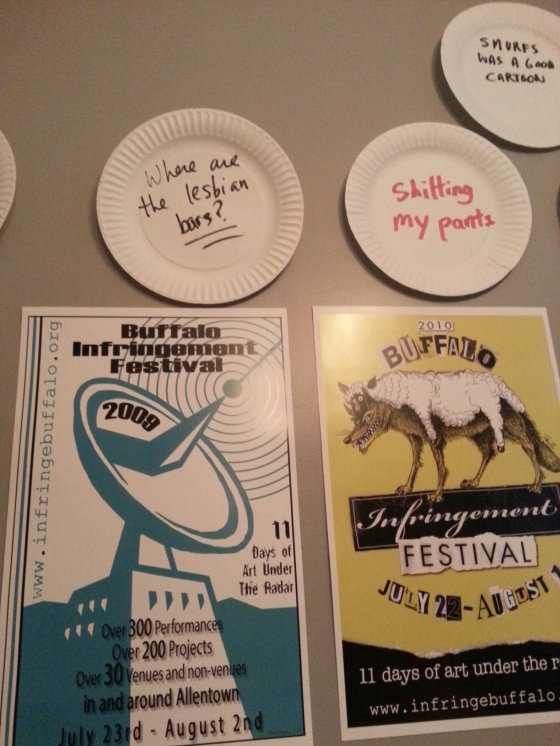 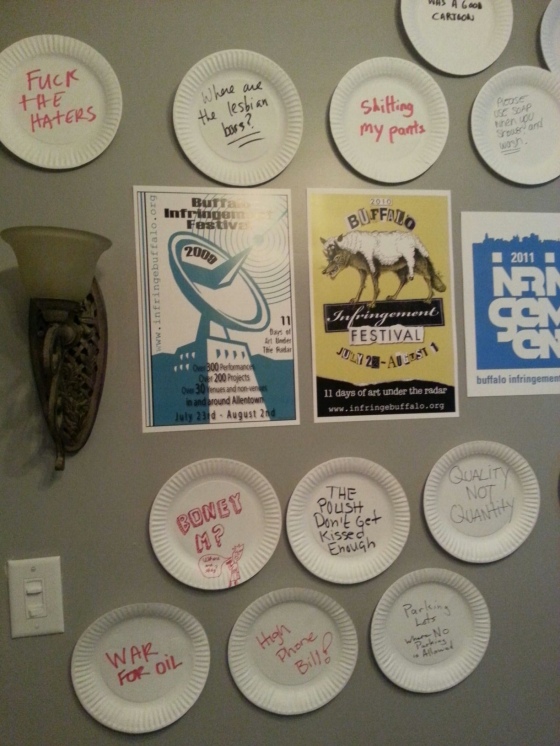 Pretty soon you guys will be on "the list."

Interesting in terms of the plate the two they had from what I heard are both closed and one became OHM ? I had no idea they had an infringement museum there ... I do like the plate idea though..... 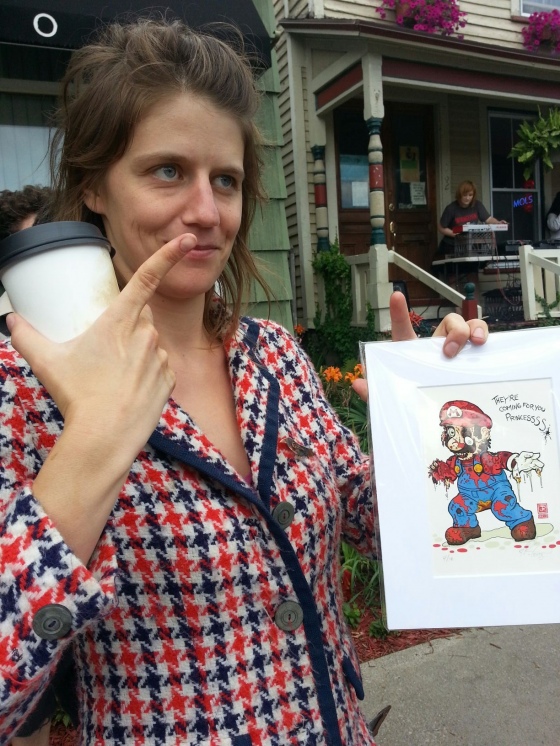 infringing: you guys know where to get any pot?

seriously. in front of the Holley farms. 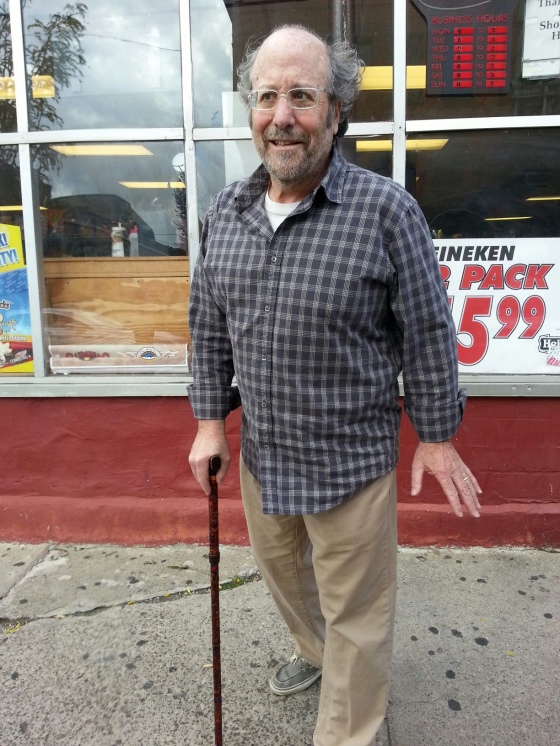 or.. yesterday and today 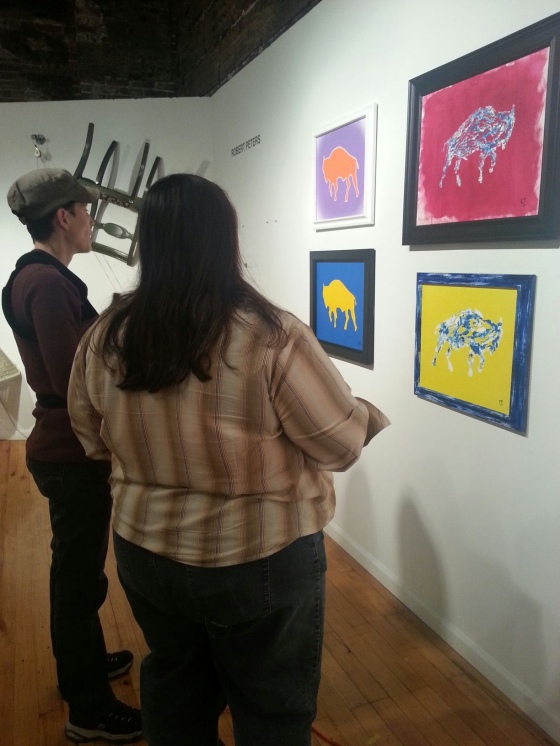 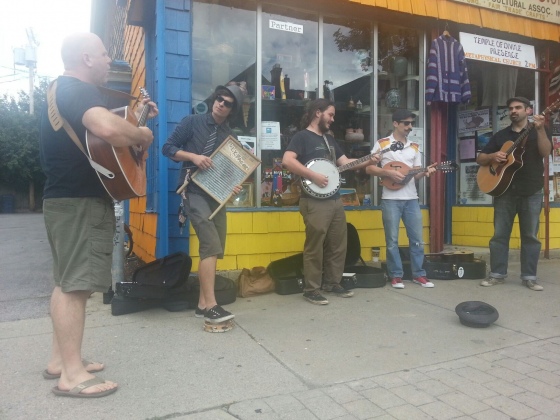 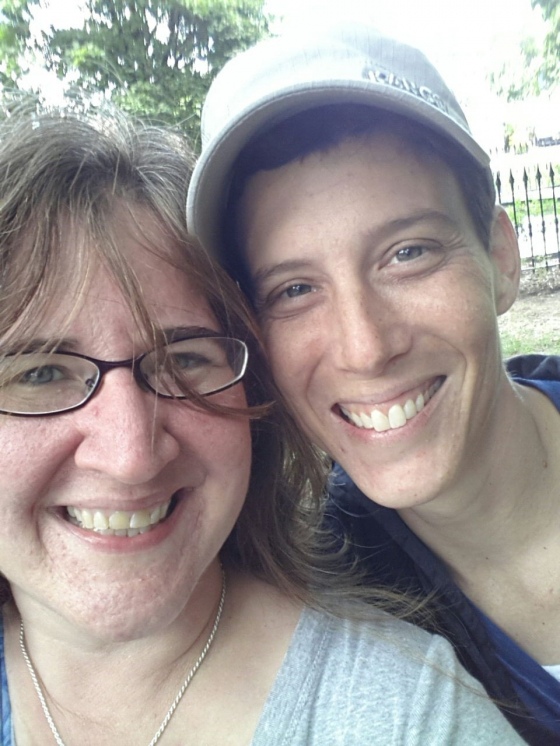 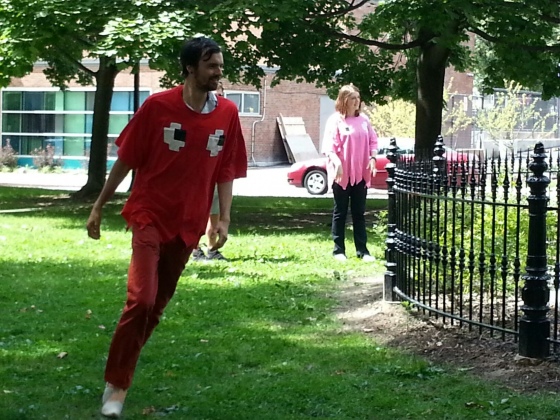 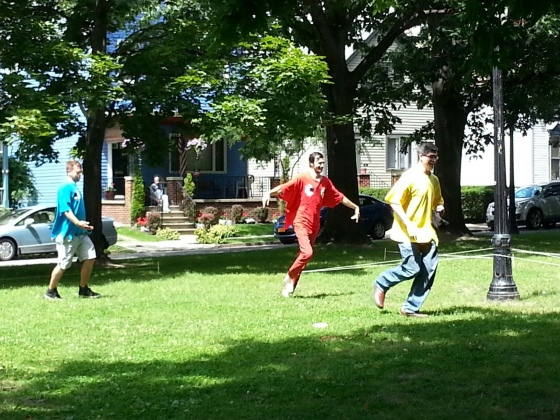 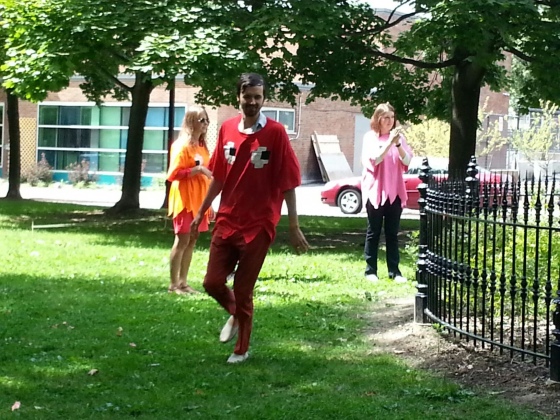 damn, *now* I know which is my good side.

The cashier's manifesto was excellent. 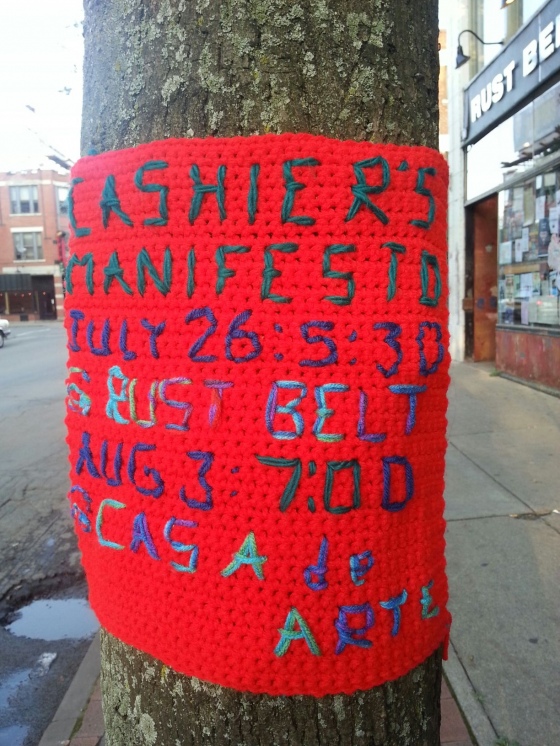 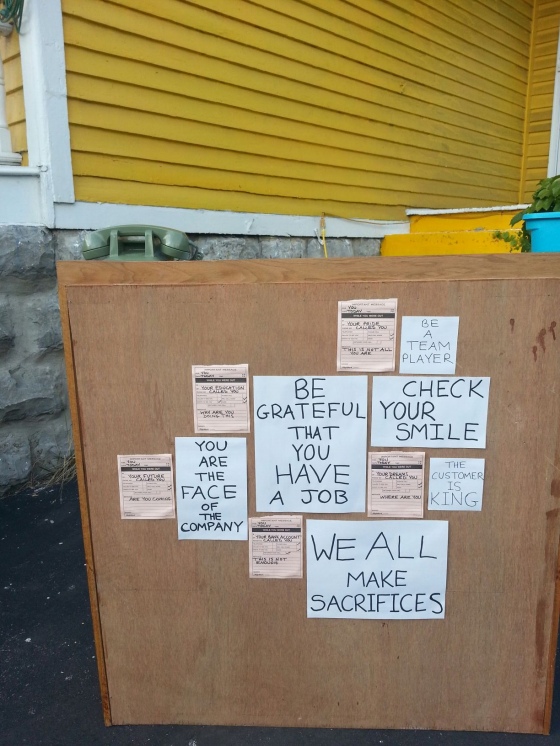 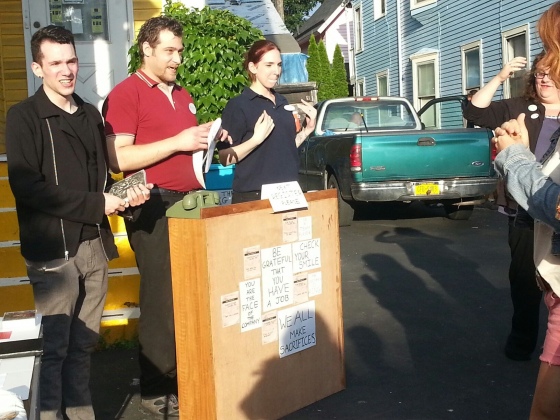 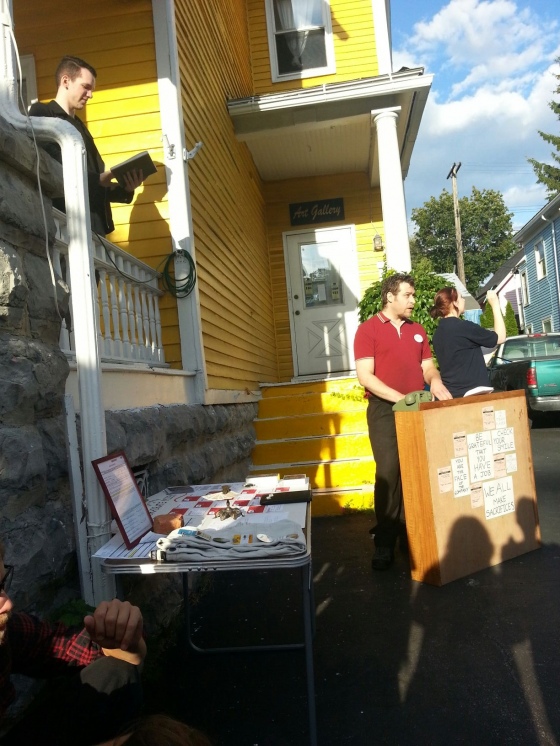 Huge gratitude and appreciation for everyone who helped us move (e:Dianne)'s stuff out of her apartment last Sunday. It was a super quick move because she and Suzanne packed everything before her surgery, so many people helped at the spur of the moment, and she doesn't have much stuff. Thank you to (e:paul), (e:terry), (e:bluevelvetjack), (e:puddlediving), (e:yesthatcasey) (who scooted out before I could grab a pic), (e:mike), (e:libertad), Michele, April, Rachael, Jess, Jen & Karen. 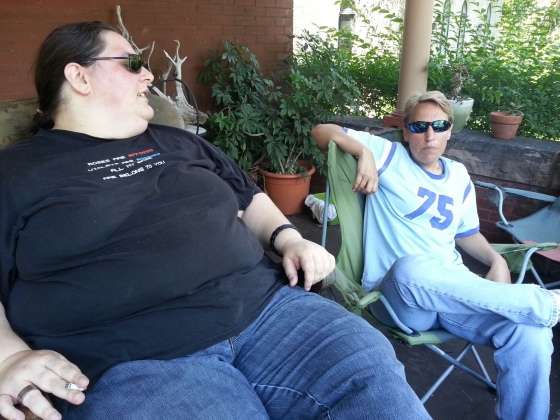 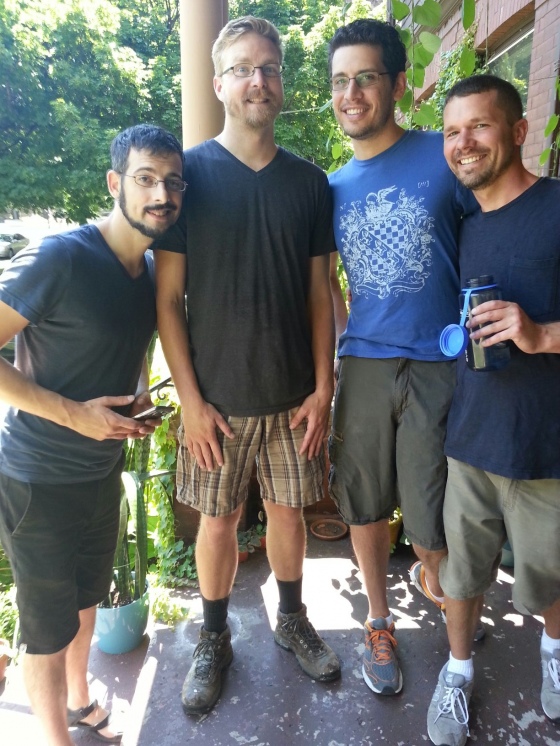 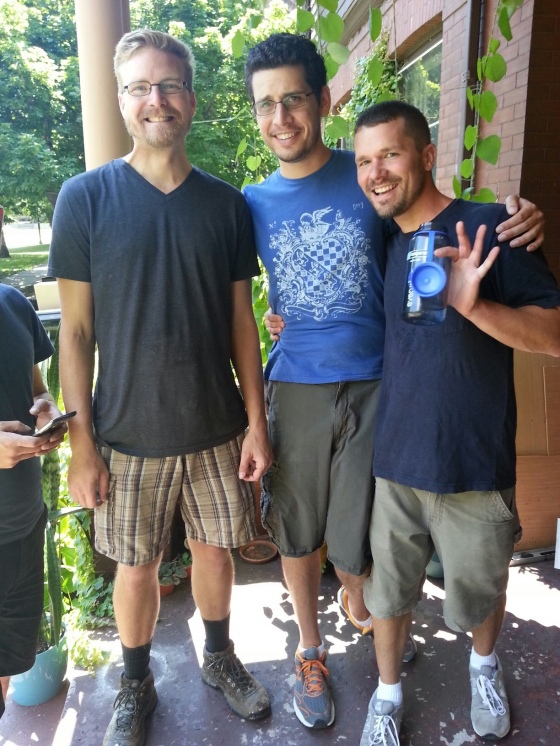 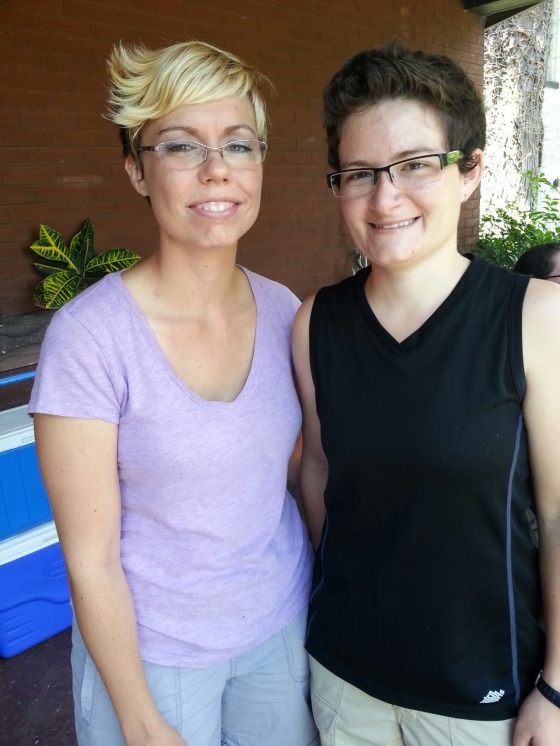 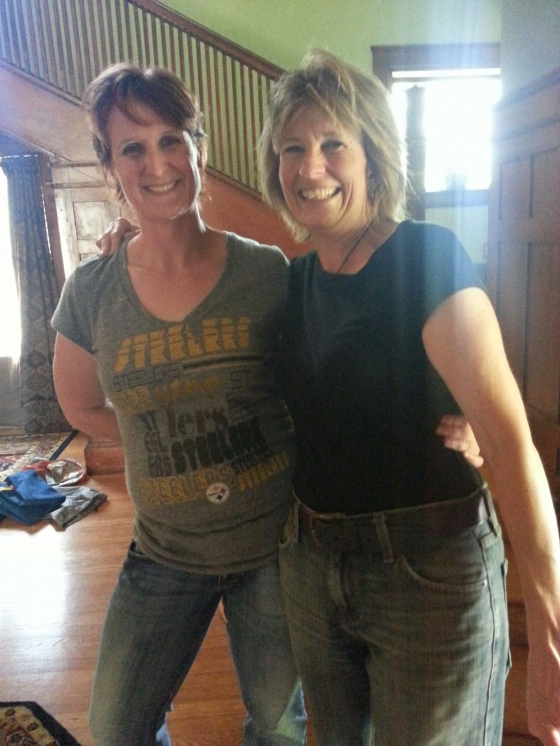 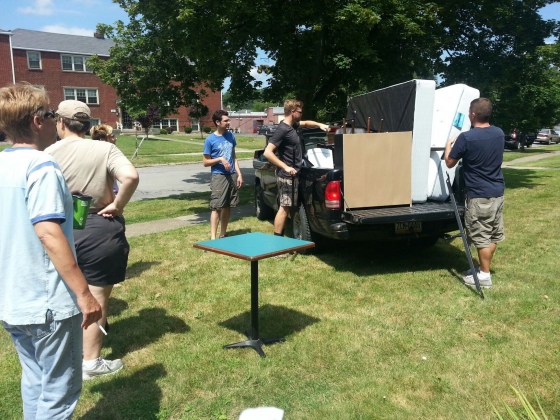 I love hearing about stuff like this... Props to everyone and I will add this it has been years since I moved a recliner and it was pretty heavy and it was small lots of wood and metal props to him being able to move it ....

Aw that's cute. You guys are so lovey.

I was overwhelmed by how many friends showed up and the amount of people that wanted to help but couldn't!! I am so appreciative for the amount of GREAT friends I have now!! I truly LOVE all of you, and I am so happy that I can now call Buffalo home!!