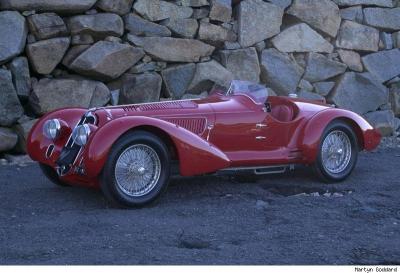 There is an ambulance outside, and two police cars. A fire truck came by and dropped someone off as well. A guy on a bike is wiping blood off of him. Please people, this isn't the burbs, watch out for the cyclists on the street.

It has not even been 12 hours, and here are some of the things I've read about Sarah Palin from ordinary Liberals on the net already:

It pains me to admit that Hillary and Howard Wolflon are becoming more and more vindicated every day. They weren't just whining.

Now, I know not all of you agree with every point some yahoo makes on the net, so I hope we can nip some of this shit right at the bud. Barack tries so hard to get people to move beyond this type of behavior, so I wouldn't be surprised if he were to be severely disappointed by this nonsense.

I thought that women were supposed to be free to make her own determinations, set her own course, make her own decisions, live as she wants to live without fear from retribution. Clearly this is an ideological argument. Let it be so instead of a socially acceptable sexist discussion about who is a barbie doll.

I also don't think we should be ruled strictly by coastal and major metro elites. If you actually believe this crap you never would have accepted a Governor of Arkansas. Just drop it. Emotion overcomes logic, and it is tragic.

No, I do not accept the bizarre premise that McCain is only seconds away from death. It is almost as if people are hoping for his death instead of being reasonable. This is unacceptable, and will never sway voters in your direction. Again, you disappoint your candidate. He would never make these suggestions himself.

Is her appointment a gimmick? Perhaps so, yes. Is she unacceptable as a hard core conservative? That's debatable. That is a valid discussion. Let's stick to that. Learn from your fucking candidate, please. Why does he make so much more sense to me than his supporters? If you think this type of discussion benefits you, go ahead and keep up with it, but I say it is a losing argument.

By the way, after next week, whether one recognizes it or not, nobody will care anymore about who was nominated for VP. The knee jerk is telling, however, and is not at all helpful to the country.

Well that was a total disaster, and utterly embarrassing. We've never done so poorly as a team, and I am definitely not used to sucking at darts individually. Of course, when you know you're sucking it doesn't help when your partner breaks your balls. No, not even I escape that, although the words were tempered.

The thing is, neither he nor I should really care *that much* about a $5 darts tournament, but both of us care a lot. I have to admit I am still totally deflated and bummed out. My energy level is nominal. I was so out of it and aloof that I didn't notice this girl "bumping" into me, saying I "saved" her life. A cute little thing, asianesque like the last one. Really though I couldn't have cared less at the time.

Man, I've got to shake these blues, it was just a darts game!!!