I think I'm going to make the Boeuf again. I haven't been to Wegmans to buy meat in a while though - what's the story since (e:Paul) has been there?

Yes, you've read this correctly. I saw an anti-obesity activist on FNC last night talking about how the obese are ruining the environment and costing people money. I've got to say to you all I was wrong about people not going after the obese. This lady was talking about what people "need" in order to live. Who decides what people need? The watermelons, of course. Honestly, I'm more swayed by the argument of public health care cost, but I don't want the obese to be made into villains or taxed into oblivion. These goddamned politicians only know one way to handle a situation.

By the way, how do you become an "anti-obesity activist" and get on FNC? Is this another one of these trust fund watermelons who never had to work an honest job? Get a life!!!

You know what? I don't think it is particularly flattering to admit you would deny someone a job due to their religious beliefs. I don't believe in discrimination, whether it be against the religious, ethnic minorities, gay folks, and so on. You don't fight discrimination with discrimination. In the end, nobody will gain anything from it.

It isn't the first music of the year, that would be the BPO, but I always love going to concerts. Tonight we are going to see the mummified remains of The Dead, plus Warren Haynes. I love me some Warren Haynes!! I love hippie music in general. Hippie women? Not so sure, although (e:Ajay) has always encouraged me to expand that way.

Have any of you ever seen Top Gear? At the end of the year they came up with a Vietnam special where they went up the whole of the country in motor bikes.

At any rate, during one segment of the show they are at some restaurant or whatever, and on the river there were a number of flower looking things floating along, lit up with all kinds of different colors. I think it's a yearly event.

Does anyone know what this is and what it means?

Time For A Roadie

I think I've made a decision. I am going to take a roadie to Rochester to go to Beers of the World. I'd better call them to make sure they have the Pannepot. If they do have it, to assuage my guilt for taking a roadie for beer I'll have to think of some other thing to do there as well that has nothing to do with beer. Oh yeah, I think they have a super awesome record shop as well. There we go!

Well, seeing as it has been recently confirmed that the Smart cars and the like are dangerous tin cans...as long as you aren't crashing into a similarly equipped dangerous tin can...I thought I would ask you all if you could choose a single method of transport, what would it be?

Me....in a perfect world where I didn't live in a place where it snows half of the year....I would get a Harley. Hell yes, a loud as hell, ballsy machine. Dangerous? Yes, but I wouldn't feel like a pussy. It's bad enough with the econobox I have now. I wish Dad never sold his motorcycle. I would have bought it from him as my first bike.

Sunday morning I woke up at 8 AM, and seeing as it was sunny as all get out I felt inspired to take the awesome drive along the 430 to Bemus Point. What really wasn't inspiring was the 30 degree temperature, but the scenery sure was nice. 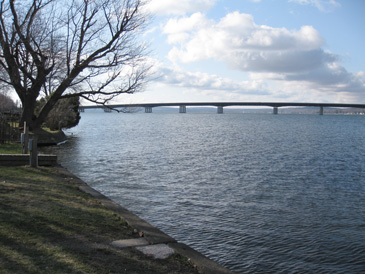 This place is called The Casino. Of course, there is no gambling in this place as far as I know, but back in my cover band days we used to play at this venue and others on the lake. During the summer people will drive up on their boats and dock right at the building. 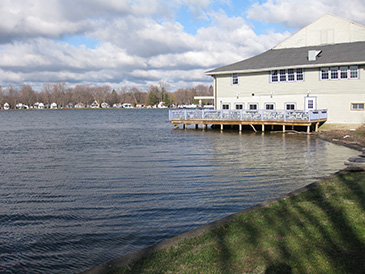 I wanted to try to get a shot of what it looks like walking alongside the lake. There are condos, vacation homes people rent out, restaurants and bars. There is also a basketball court where we used to play pickup games. One thing I absolutely LOVE is lakeside dining. I don't mean the shit when you are on a cliff overlooking the water, I mean being ON the water. Fantastic. 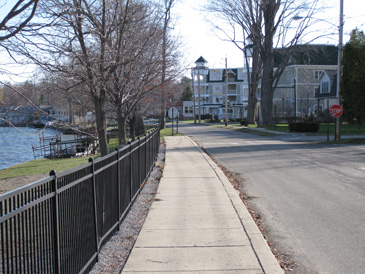 Meet Jack Larson. It has been 7 years since he passed away and I had never been able to bring myself to this place until last weekend. I guess I used to think about whether or not he would look on me with approval, but these days there is no doubt. I thought I would get really emotional about things but it is so peaceful there, on a hill overlooking the lake. 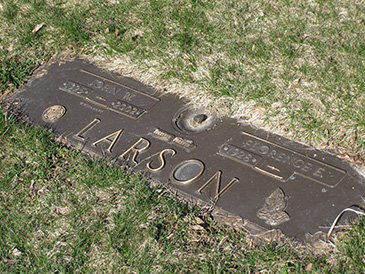 Josh and I saw this while looking for a certain cafe in Jamestown. A Swedish consulate, in Jamestown? By the way, somewhere close to this is the best restaurant in Chautauqua County - MacDuff's. Someday if a few of us are in the area by chance we should take a look. Allegedly the food is very, very good. 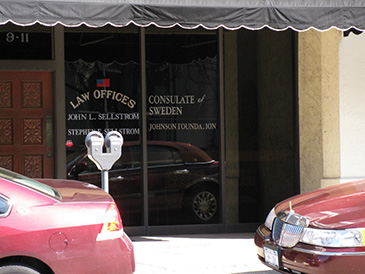 So there you have it, my first attempt at photo blogging. I'm still learning how to use the camera. Next time, I want to take you inside Chautauqua Institution, a place that is incredibly beautiful. I spent one of the happiest days of my life there - but more about that when we get inside the gates.

Maybe if the Newspapers refuse to smarten up their content and business model, they should do what The Nation has done for who knows how long - solicit donations.