For the first time in, well, ever......I'm completely exhausted and disinterested. I'm tired of ageism, I'm tired of the lying and the half-truths, I'm tired of the blind hero worship, I'm tired of the racism, and I'm tired of politicians and the elites diddling themselves while the rest of us have real problems to contend with, now and in the near future. I have my doubts about what this country will look like in another 5 years, no matter who wins the election.

Anyone else ready for more debauchery?

Huh? How could this be? Some people don't like being awkwardly thrown under the bus in Frisco? Are they on the Clinton payroll? What the heck is going on?

Pissed Off - First Time In A While

Friends, tell me if I'm wrong, but I think I'm a pretty easy going guy. Have I not come a long way? It is pretty difficult to get on my nerves, as opposed to some people who let everything affect them. I've read articles on the web and in magazines about how you can affect your health by being quick to anger.

He who is slow to anger has great understanding, But he who is quick-tempered exalts folly.

Sometimes though, people test you and make it very difficult for you to keep your cool. It seems like I run into this situation every time I sit down at a card table with Kevin O'Neill. He's a good pal of Jerry's, and for the life of me I don't know why the dude just can't be cool with me when it comes to cards. There always has to be some kind of smart ass, snide comment lobbed my way. To wit:

1) Saying "I can't play with this dealer" and sighing heavily when I made a very simple mistake when dealing Hold Em.

2) Shitting on my ability to play, in a roundabout way, when really I had enough and just wanted to throw the game and go home after Episode #1.

3) Next time around, saying in a smart ass tone "Yeah, that was my strategy, just to be lucky" after I tried to make innocent small talk about how great his cards were the time before.

4) Last night in Kenmore (buddy's house by Consumer's), saying something to the effect of "I don't mind losing a guy" after I suggested a friendly game this time instead of betting cash (seeing as the last couple of times, $10 made people act funny).

Now, this isn't to say he hasn't been awesome off of the card table. We've chilled and had a good time on many previous occasions. I just want to make that clear, and to offer up some balance.

Some people (Jerry included) just don't understand what would stop people from betting their chips foolishly when money isn't involved, as opposed to a meaningless $10. Not that I am unable to defend myself, but I would never EVER let anyone cheap shot him without being swiftly made to look like a jerk. Is there something I don't understand?

I've gotta tell ya, this has had a cumulative effect on me, and especially after half a dozen Spatens I nearly lost my nerve. Even worse, I almost gave in and lost my commitment to completely cease ingesting green things. Oh, but don't worry peeps, I held on and that's about all I want to broadcast about it.

I don't get mad a lot, and don't believe in anger as an appropriate response to most situations. I couldn't tell you when the last time I really got mad was before last night. I told Jerry "You and I are talking tomorrow" via text and I know he likes being cool with the guy, he's KO's pal, but if it happens again I'm not going to get mad - I'm just going to offer up $10 and ask if that's the price for him to not be a shithead. More realistically, I should just avoid ever playing cards with the guy again.

Sometimes it just has to be that way, because people just can't be cool. I'm not going to let it get me down, because the good lord gave us another friggin awesome day, the girls are everywhere, I got some sweet new Ray-Bans, I have visions of taking the backroads with classic rock blaring, and the grill is officially open.

If you see this guy today, offer him Limoncello or Grappa. 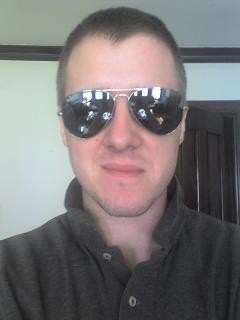 Well peeps, things have been, eh, so-so. But, I am here and making the best of it. Some happenings:

- Found out my high school sweetie is getting married in July. She is one of the good ones, and I wish only the best for her.

- Went to the Brian Dux Benefit on Saturday. You all should have been there! It was a great event that did a lot of good for a friend. I have to admit, when I saw him I started to tear up. I hate seeing him that way, but it makes you remember that whatever problems or hurdles you have, they are small.

- Spent yesterday bumming it over at Merlin's with some friends, then rolling back to the apartment for a barbecue. Indie rock and good burgers were the theme of the night.

- For the first time ever, I got a spam text today. Freaking A.